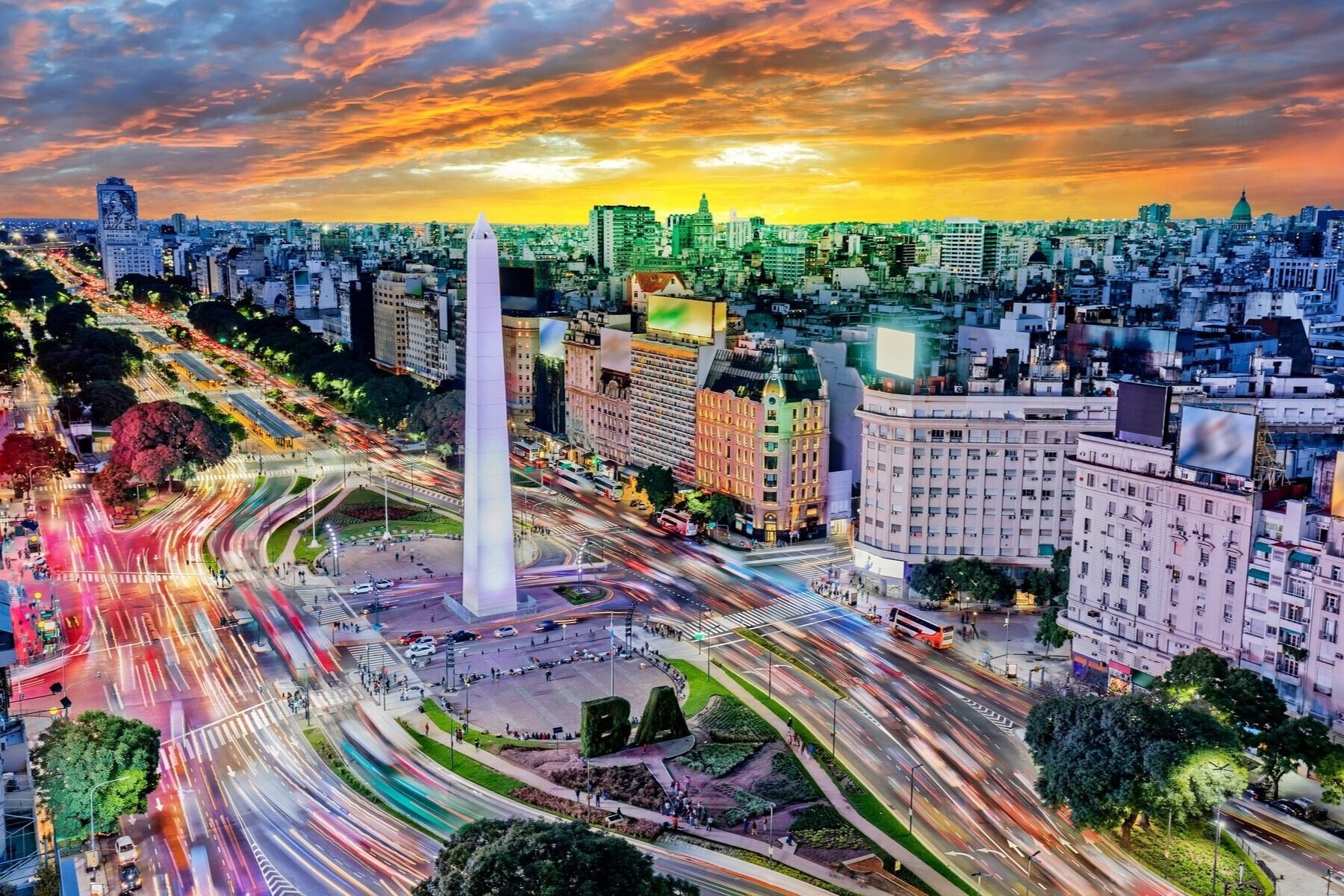 The state borders in the north with Bolivia and Paraguay, in the west with Chile, in the northeast with Brazil and Uruguay. The shores of Argentina are washed by the Atlantic Ocean.

The capital is the city of Buenos Aires. The official language is Spanish.

Most of the believers profess Catholicism and Protestantism.

The climate in Argentina is very diverse. From subtropical in the north to subantarctic in the south, but most of the population lives in a temperate climate.

In Argentina, the seasons vary greatly depending on the part of the country.

Precipitation falls very unevenly from 100 - 300 mm per year in the western part of the country, and up to 1400-1600 mm in the mountains and in the north-east of the country.

In 1920, the world's first radio station began broadcasting in Argentina. During its debut on the air, the radio broadcasted Richard Wagner's opera from the capital's theater.
Timezone: UTC−03:00   Coordinates: 34°0′0″S, 64°0′0″W

Regions of Argentina
Argentina is divided into 23 provinces and 1 autonomous metropolitan area (Buenos Aires).
The provinces are divided into municipalities and departments. Provinces can adopt their own constitutions (if they do not contradict the laws of the country) and independently form local governments. They can also manage the province's natural resources as they see fit.
There are 55 cities in Argentina.

The most interesting sights of Argentina 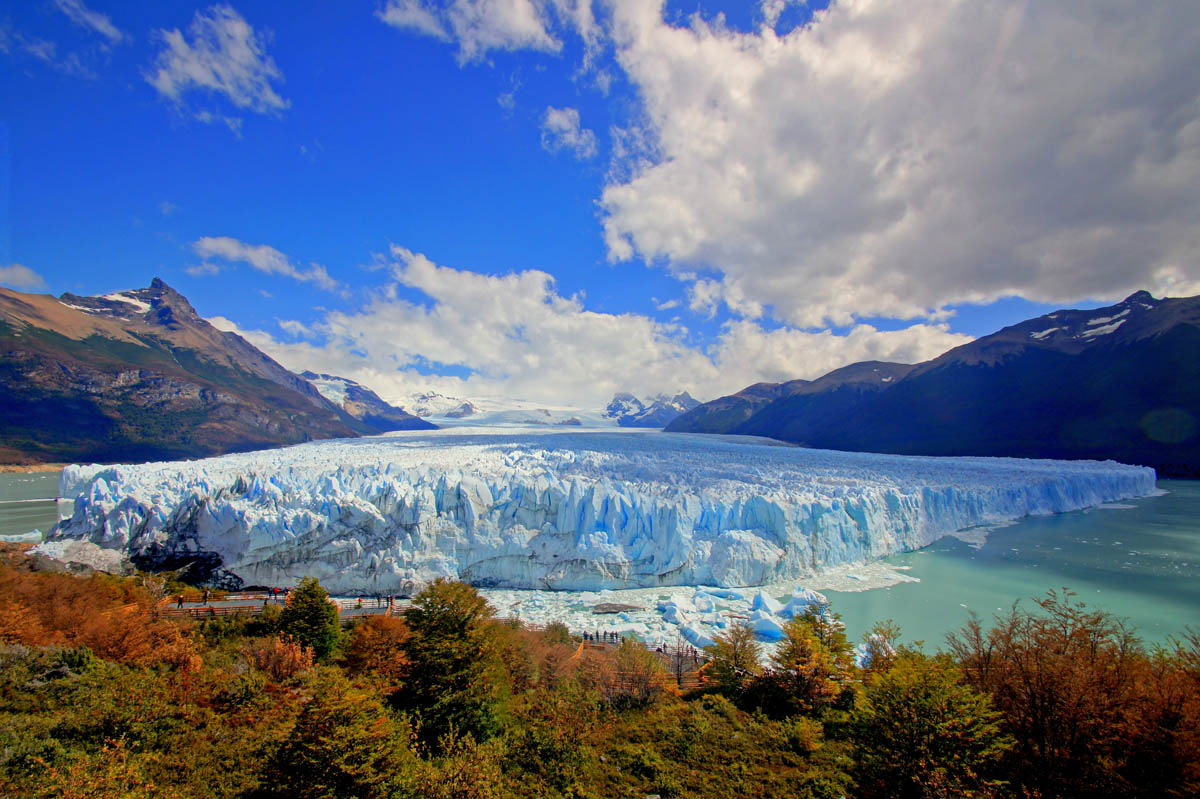 This is one of the most interesting tourist spots in Patagonia.

The glacier is located on the eastern slope of the Andes, 78 km from the mountain village of El Calafate. Its average thickness is about 170 meters, its width is 5 kilometers, and the total area is about 250 sq km. Every year the glacier slides down at a rate of 2 meters per year. From time to time, the glacier presses the lake and it overflows flooding the valley. Many tourists who visit this place dream of watching this spectacle.

Nahuel Huapi is the oldest national park in Argentina. The park was founded in 1903. It is the largest national park in the foothills of the Patagonian Mountains. Its area is 7,050 sq km. The most picturesque view in the reserve is the view of the glacier-covered volcano Tronador. Patagonian larches also grow here, which can reach a height of 35 meters. 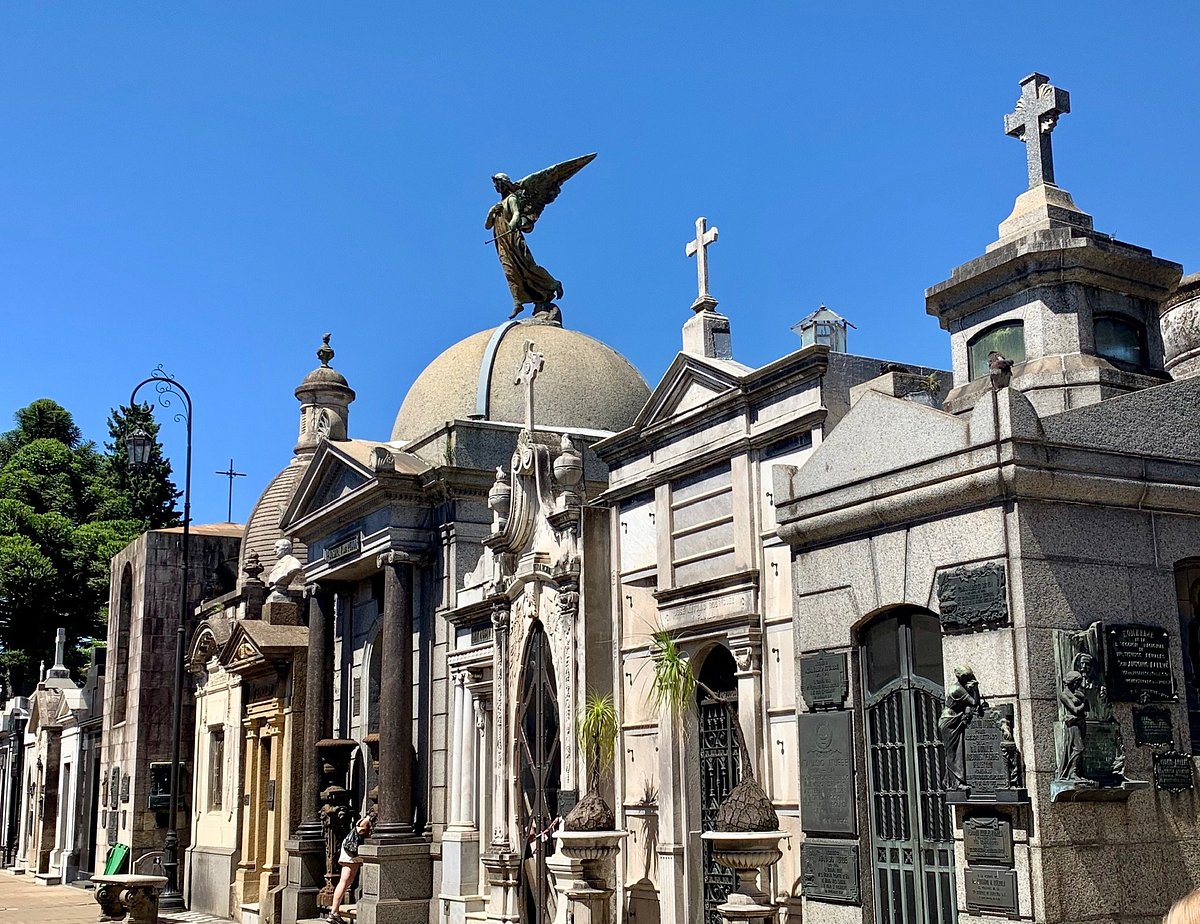 This cemetery is located in the eponymous district of the city. It was founded in 1732 by French monks around the monastery. In 1822, the monastery was closed, and its park became the first public cemetery in the capital. The layout of the cemetery was made by the French engineer Prospero Catelin. The last major restoration of the cemetery was in 1881 and since then no major changes or repairs have been made. Everyone can visit this ancient place where many famous people of Argentina are buried.

The palace was built in 1594 by order of Juan de Garay, the founder of Buenos Aires. In 1713, the fort was fortified, rebuilt and renamed ‘The Castle of San Miguel’. Due to its favorable location, it housed the colonial government. Later, the castle was partially demolished. From the 1860s to the present, the administrative annex houses the presidential office. The first president of the country who lived there was Bartolome Mitre. In 1957, a historical museum was opened, where you can see the things of previous presidents of the country and learn about their lives. 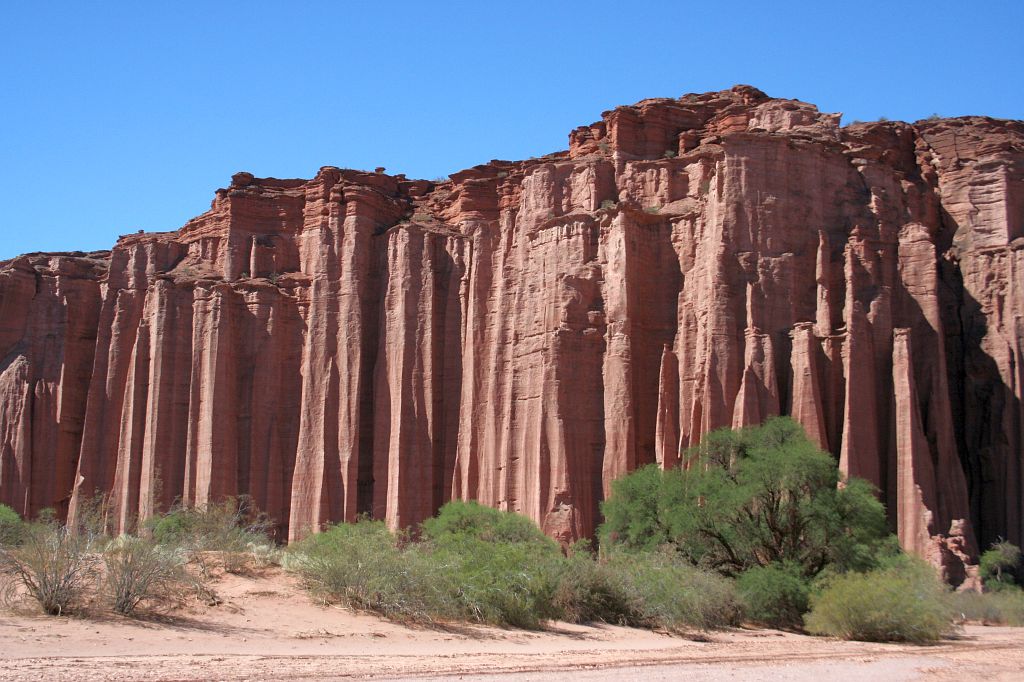 Talampaya National Park is located in a valley between mountain ranges in the western part of Argentina. The park was founded in 1975 as a nature reserve, but in 1997 it was granted the status of a National Park. The total area of the reserve is 2.1 thousand sq km. On the territory of the reserve there are numerous remains of lizards and traces of the activity of primitive human settlements. Also, at the narrowest point of the canyon there is an unusual echo that sounds for several minutes. 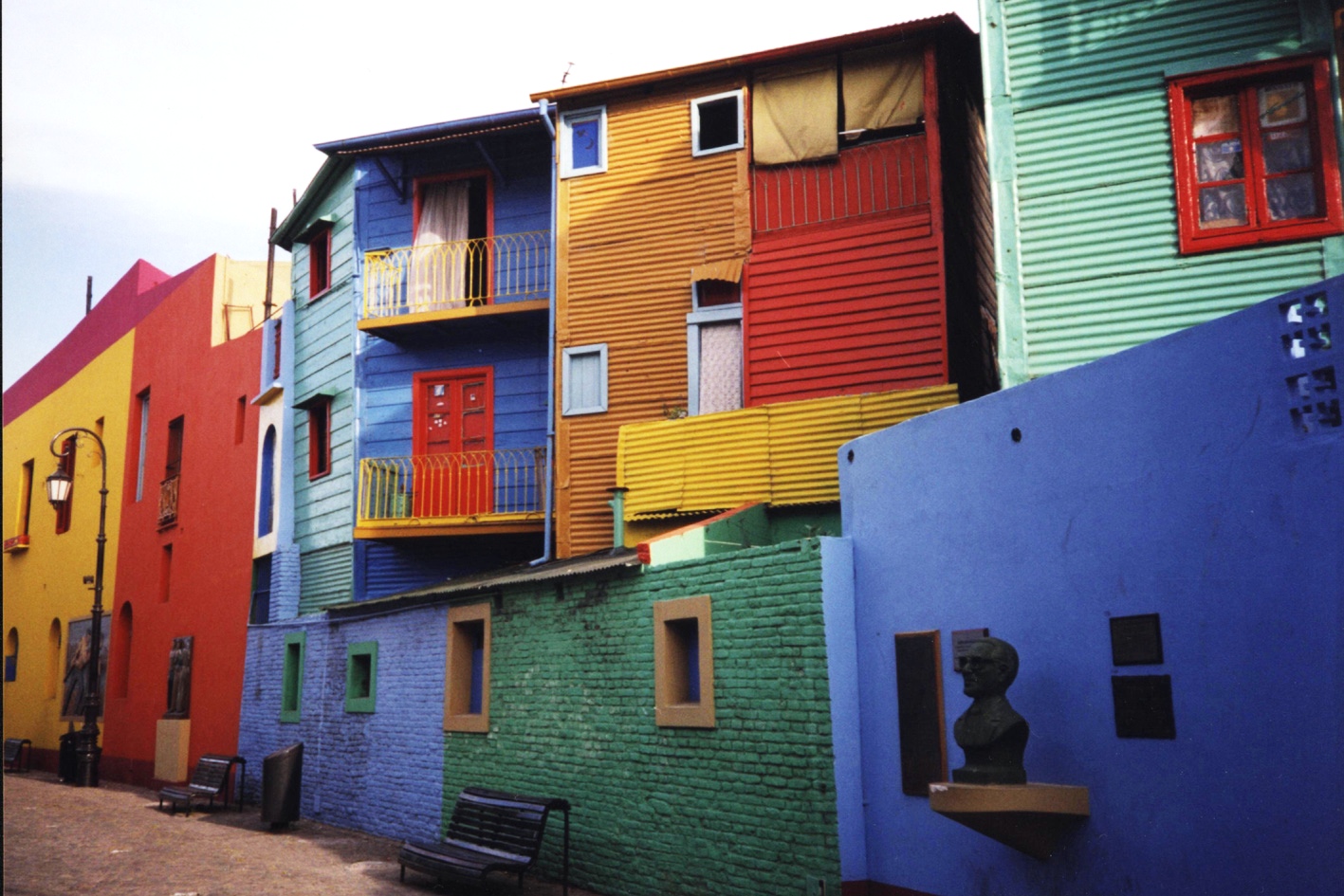 The area where La Boca is now was probably the place where Pedro de Mendoza founded the city of Buenos Aires in 1536. During the Spanish rule, the barracks of slaves brought from Africa were located here. After liberation, at the end of the 19th century, immigrants from Italy began to massively settle in the area. At that time, many houses were painted in several colors due to the lack of paint. Over time, painting houses in several colors became a tradition. In 1895, the area became the 2nd largest in the capital. In 1905, the Boca Juniors football team was founded from Italian immigrants, which is currently one of the most popular football teams in Argentina. Also, it was here where the tango dance originated.

There are more than 20 civil airports in Argentina, some of them have international status. 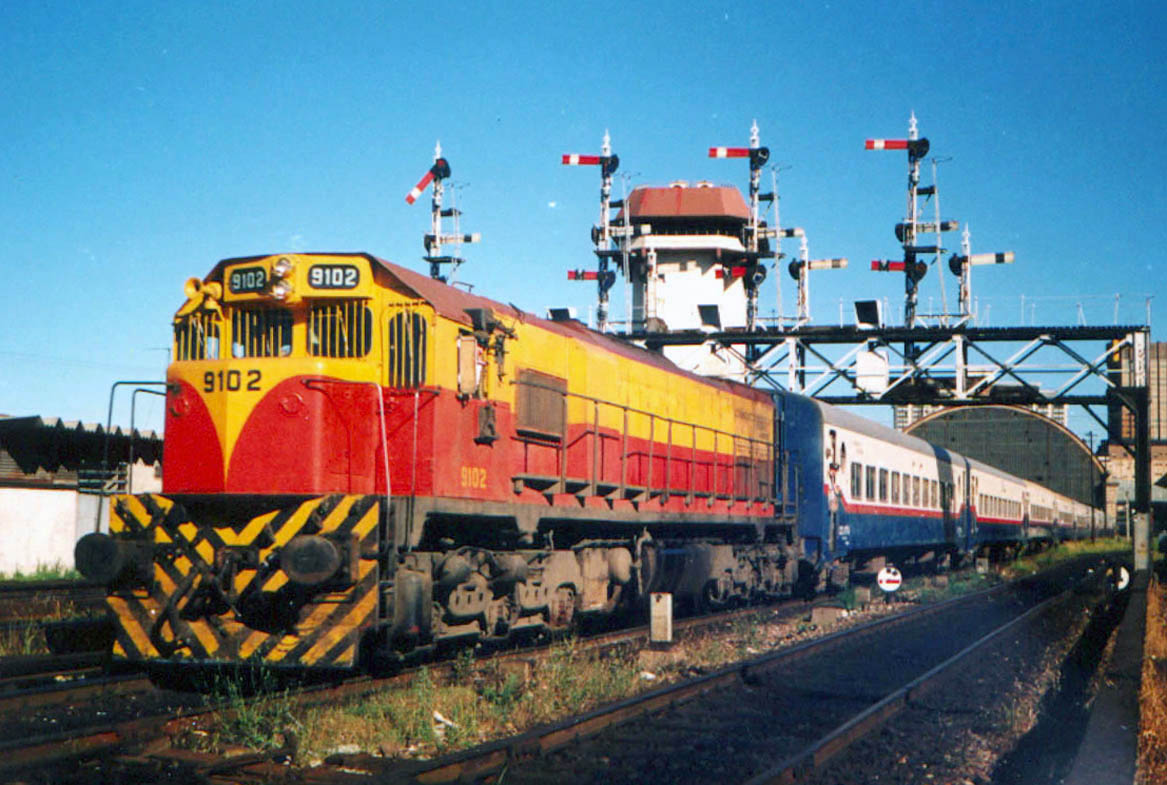 Argentina's rail network consists of railways with a total length of 36,966 km. It ranks 8th in the world in terms of the length of railway tracks. 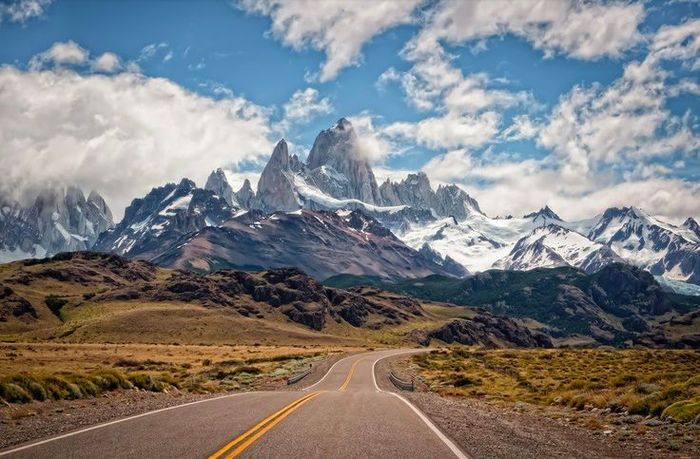 Massive construction of new roads is underway in the country, as the number of cars among the population is growing.

The Iguazu Falls were discovered to Europeans in 1541 by the Spanish conquistador Alvar Nunez Cabeza de Vaca. In one place there are 275 waterfalls arranged in a semicircle. The height of most waterfalls is about 600 meters. The widest waterfall is the Devil's Throat waterfall (150 meters wide). The name Iguazú comes from the Guarani or Tupi words "y", meaning "water", and "ûasú ", meaning "big". Legend has it that a deity planned to marry a beautiful woman named Naipí, who fled with her mortal lover Tarobá in a canoe. In a rage, the deity sliced the river, creating the waterfalls and condemning the lovers to an eternal fall.