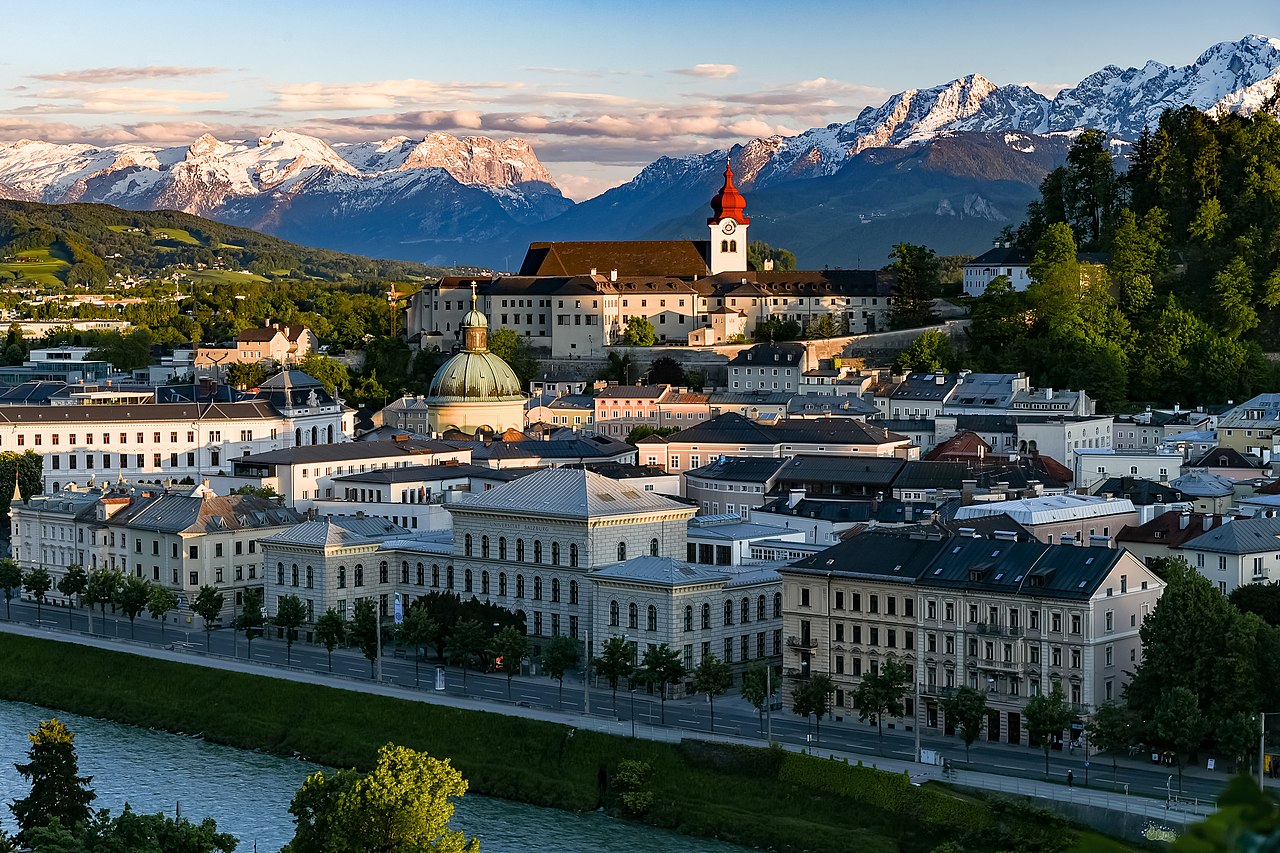 Austria is a federal state with a dynamically developing economy. It is located in Central Europe. Area is 83,878 km² (113th in the world), population is 8,923,054 permanent residents (97th in the world).

The capital is the city of Vienna. The official language is German.

Most of the believers profess Catholicism, there are also adherents of Orthodoxy, Protestantism and Islam.

The climate in Austria is temperate and continental. It is also highly dependent on altitude. Summers are sunny and warm with an average temperature of +20°C. Winters on the plains are very mild, the temperature drops only to -2°C, while in the mountains it reaches -14°C. Precipitation varies (due to altitude) from 500 to 3000 mm in a year.

The country is divided into 9 federal states.

There are 25 cities and 201 municipalities with city status in Austria.

The most interesting sights of Austria

Currently, the palace has been completely restored. All 2600 halls have been recreated in it. Current President of Austria uses some of the premises in the castle as his residence. The Habsburg is also interesting because members of the imperial dynasty were constantly building something to it. So, for example, the Swiss Gate appeared during the reign of Ferdinand I.

The chambers of the Empress with their defiant luxury appeared under Rudolf II. Leopold I created famous wine cellars in the castle. And a huge arena in the Spanish style was erected on the territory of the castle under Charles VI. Horses of the Lipizzan breed, known all over the world, still perform in this arena. 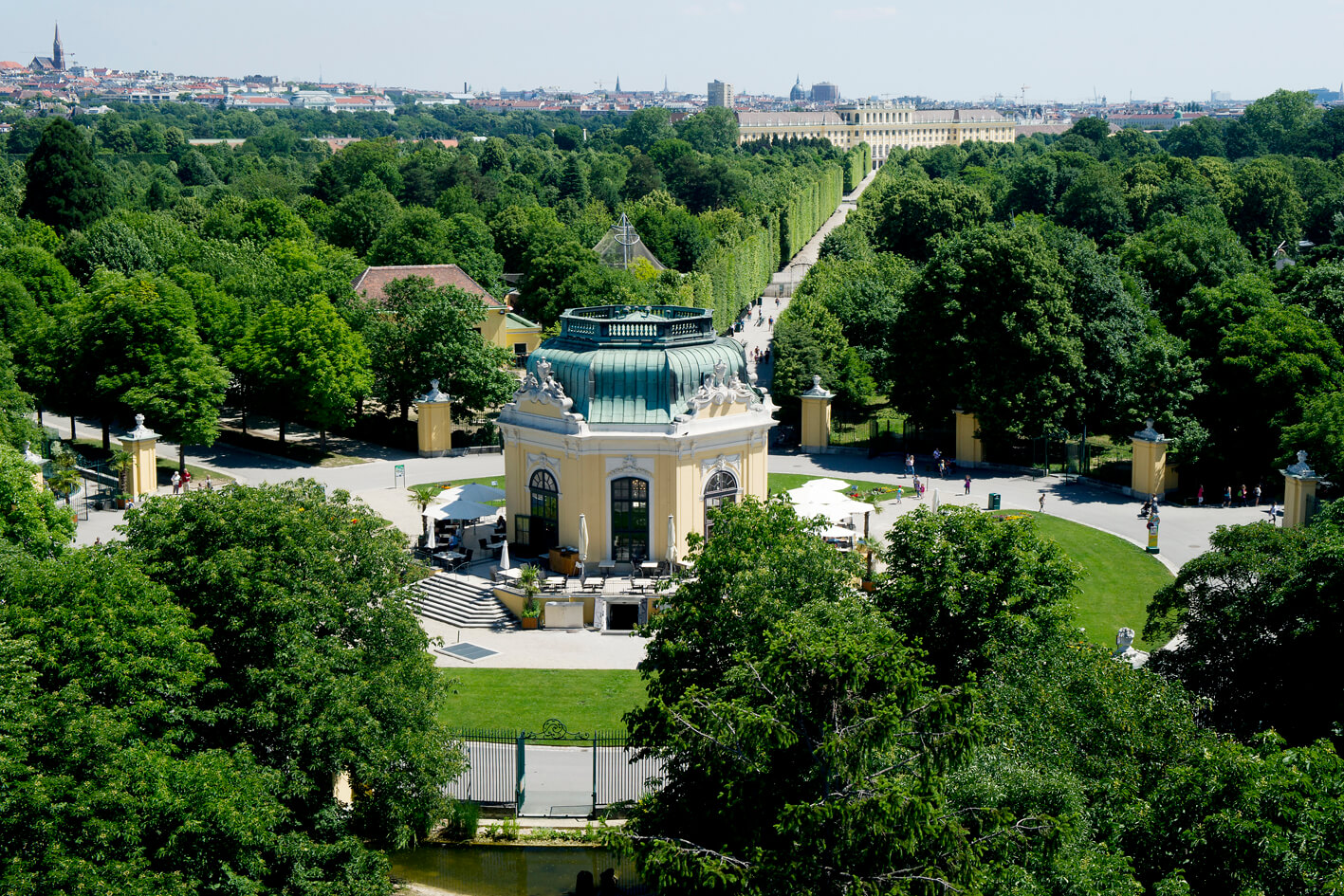 First zoos in Austria appeared in the 16th century. The Schönbrunn Zoo was founded in 1570. But earlier it was officially considered only a menagerie. It received the status of a zoo only in 1752, at the request of Emperor Franz I.

The zoo has impressive architecture. Its design consists of 13 compartments, forming the shape of a cut cake. Since 1799, ordinary people could come to the zoo for free. To replenish the zoo, animals were brought from Africa and America. The zoo was replenished with exotic animals. For this, Emperor Joseph II organized expeditions to these continents.

It will also be interesting for tourists to hear that in 1906 a baby elephant was born here. This is a unique event, as no elephants have ever been born in captivity. Currently, the zoo has been privatized, and Dagmara Schratter has become its owner. In 2002, the 250th anniversary was solemnly celebrated. By this moment, the issue of a 5 euro coin was timed, which depicts the central pavilion of the zoo and several animals against its background. 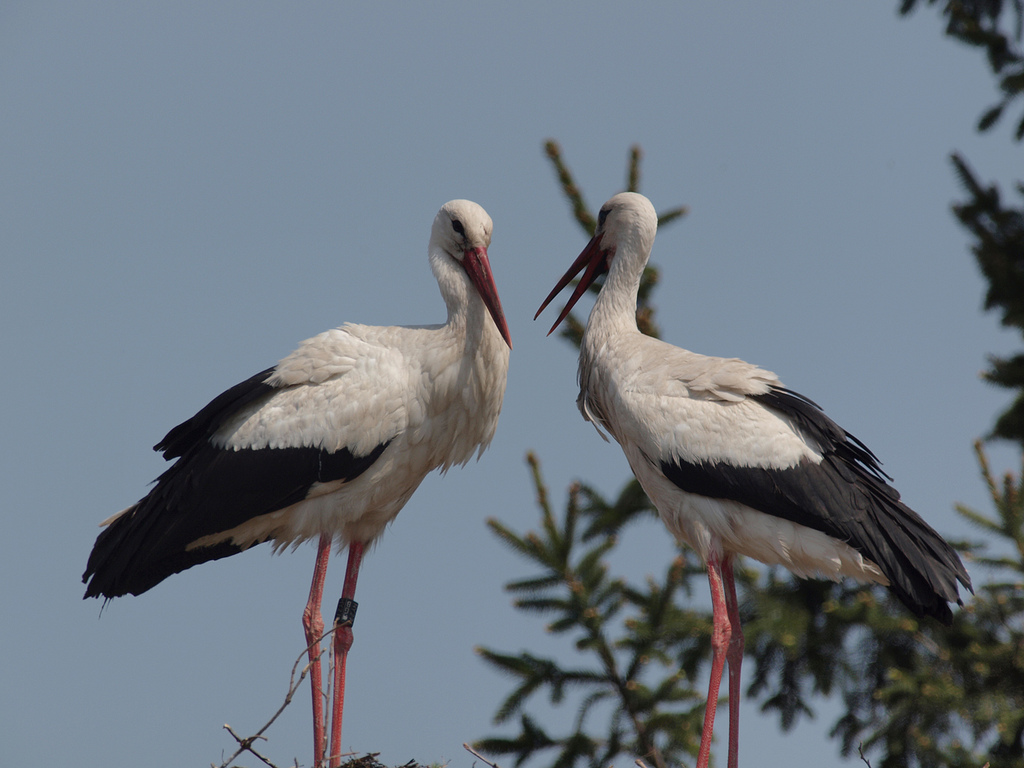 The national park was organized in 1932, on the shallow lake ‘Neusiedler See’. It became a national park-reserve in 1993. The area of the reserve is 35,000 hectares. Many species of birds nest in this protected natural complex. This is due to the wide variety of landscapes in the park. On its territory, you can find Central European steppes and reed beds.

The most interesting time to visit the reserve is the period of seasonal bird migration. At this time, their number in the reserve increases several times. The protected zone, together with the park, is part of the UNESCO World Network of Biosphere Reserves. The government is closely monitoring the preservation of nature in the reserve untouched. Monitoring of the condition and livestock of birds is constantly carried out. An interesting fact is that the park is located on the border of Austria and Hungary. Therefore, the governments decided to combine Neusiedlersee-Seewinkel with the Hungarian nature reserve Ferte-Hanshag located on the other side of the border. Here you can observe birds and animals in exceptional conditions. 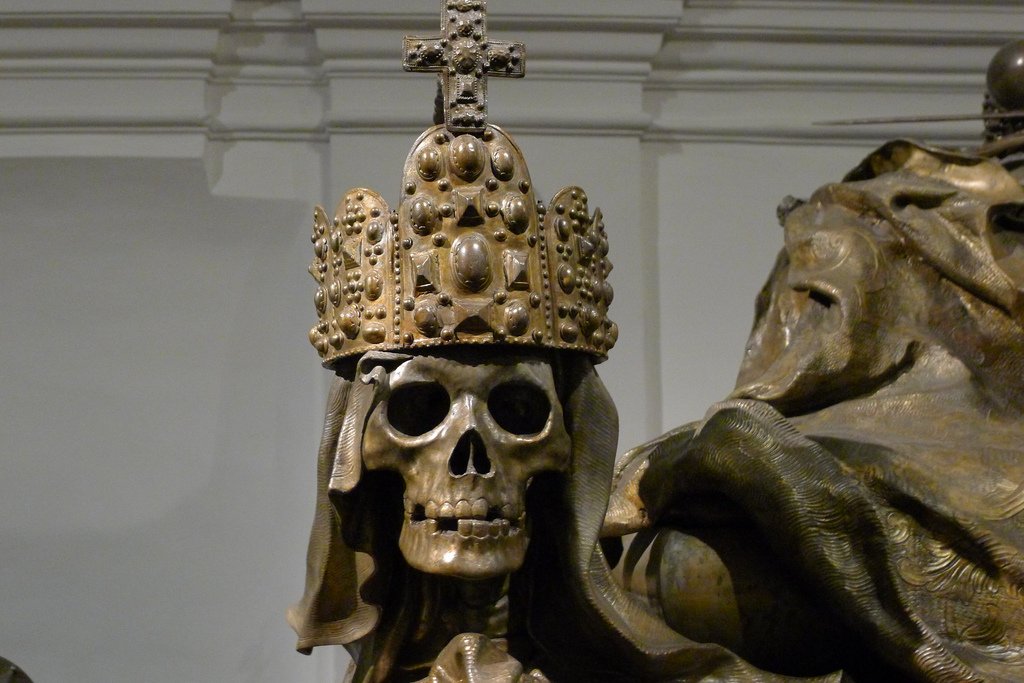 The Imperial Crypt is a very ancient structure. Emperors from the time of the Roman Empire, Austrian emperors, and emperors of Austria-Hungary were buried in it. In total, 12 emperors and 19 empresses are buried here. Above the crypt is the Church of the Capuchins

In addition, many members of the Habsburg family and more than 140 nobles rest in the imperial crypt. Respect for the imperial family can be traced in the ritual symbolism in the crypt. There are many mourning sculptures and images.

During a visit to the crypt, tourists will be told about the ancient traditions of the burial of the Habsburgs. For example, their hearts were buried in Silver vessels, and not in sarcophagi.

The first emperors who found their final resting place in the crypt were Empress Anna and Emperor Matthew. Emperor Franz Joseph I was the last to be buried here. All the hearts of the Habsburgs are buried in the crypt of hearts, which is located in the Augustinian church. The funeral ceremony with the burial of hearts was held from 1654 to 1878. Currently, the crypt is under the care of the Capuchins. 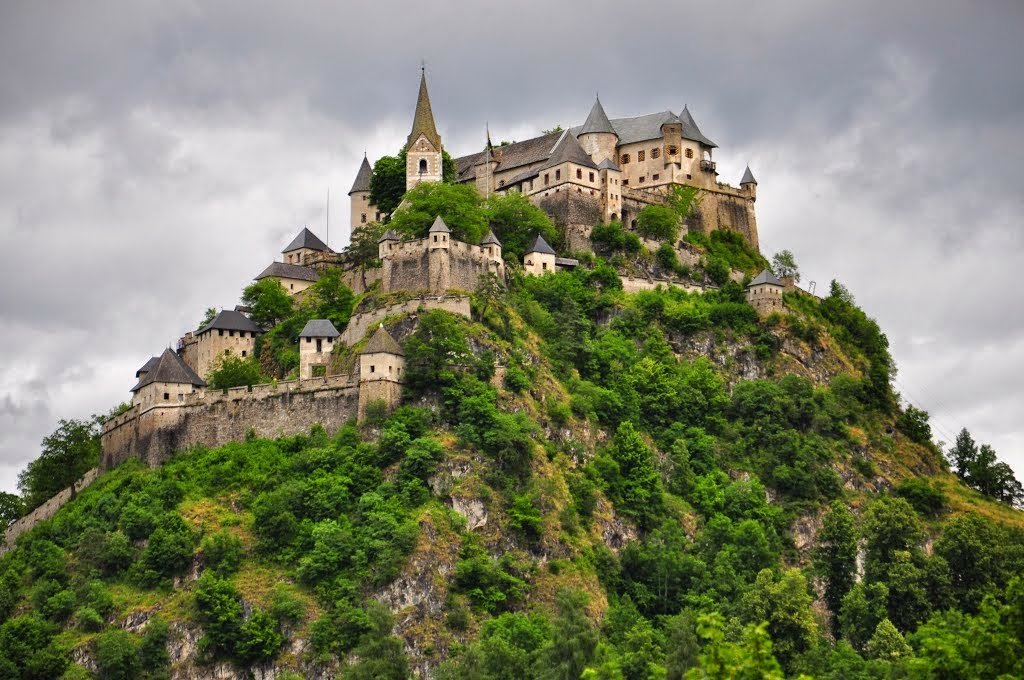 Hochosterwitz Castle is located on a steep 160-meter hill and its slopes. To get to the territory of the castle, you will need to overcome the serpentine road, which is fortified with 14 gates. During the entire existence of the castle, it has never been captured, so we can admire its buildings in their original form. The complex of buildings of the castle includes: two courtyards (inner and outer), the central residential palace and a number of other buildings. Within the walls of this ancient castle, you can explore medieval interiors, paintings, a collection of armor, and weapons. 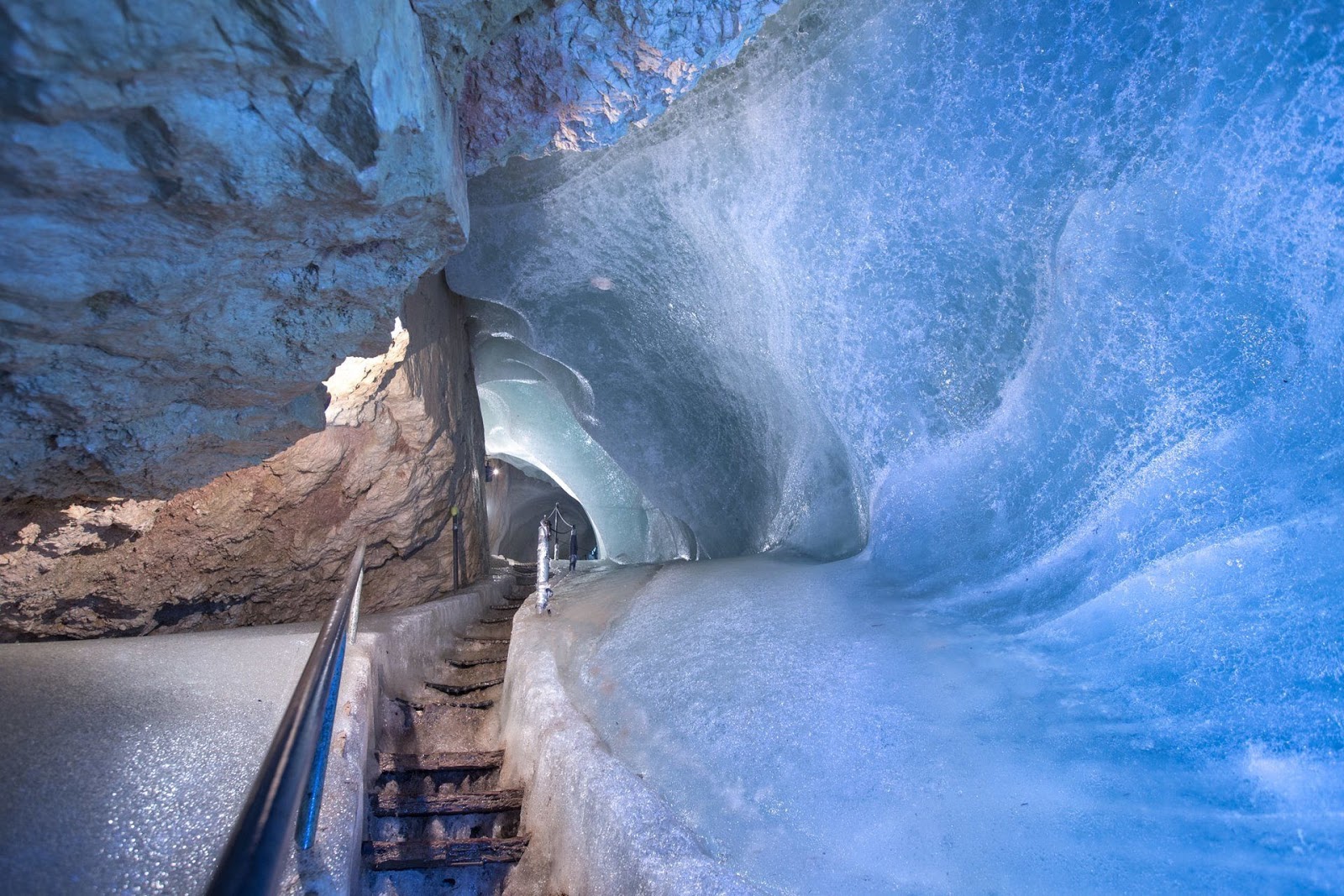 The depth of the ice cave is 407 m. At the same time, the volume of ice ledges on the arches of the cave exceeds 25,000 cubic meters. The cave is located at an altitude of 1641 m in the Alps. Nature miraculously placed it inside the famous Hochkogel mountain.

The cave consists of many passages that were laid naturally by the river flowing through the mountain. Limestone rocks were eroded by water over several millennia, which eventually led to the formation of a cave.

Ice growths on the walls and vaults were formed in the process of natural melting of alpine snows. As the avalanches descended and compacted in the cave, the water did its job. Snow masses over the centuries turned into blocks of ice. Despite the fact that tourists are allowed into the cave no further than 1 kilometer, they have enough enchanting impressions for a lifetime. 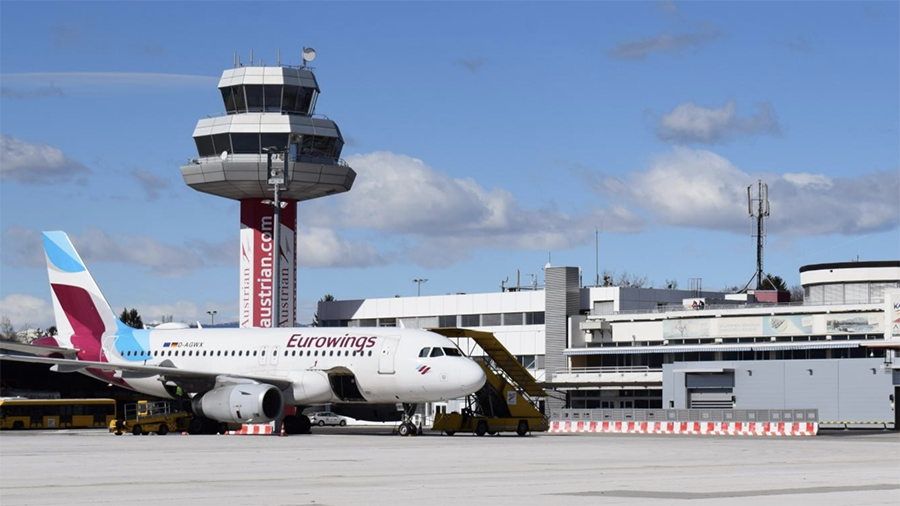 Austrian Airlines is Austria’s largest carrier and operates a global route network of around 130 destinations. 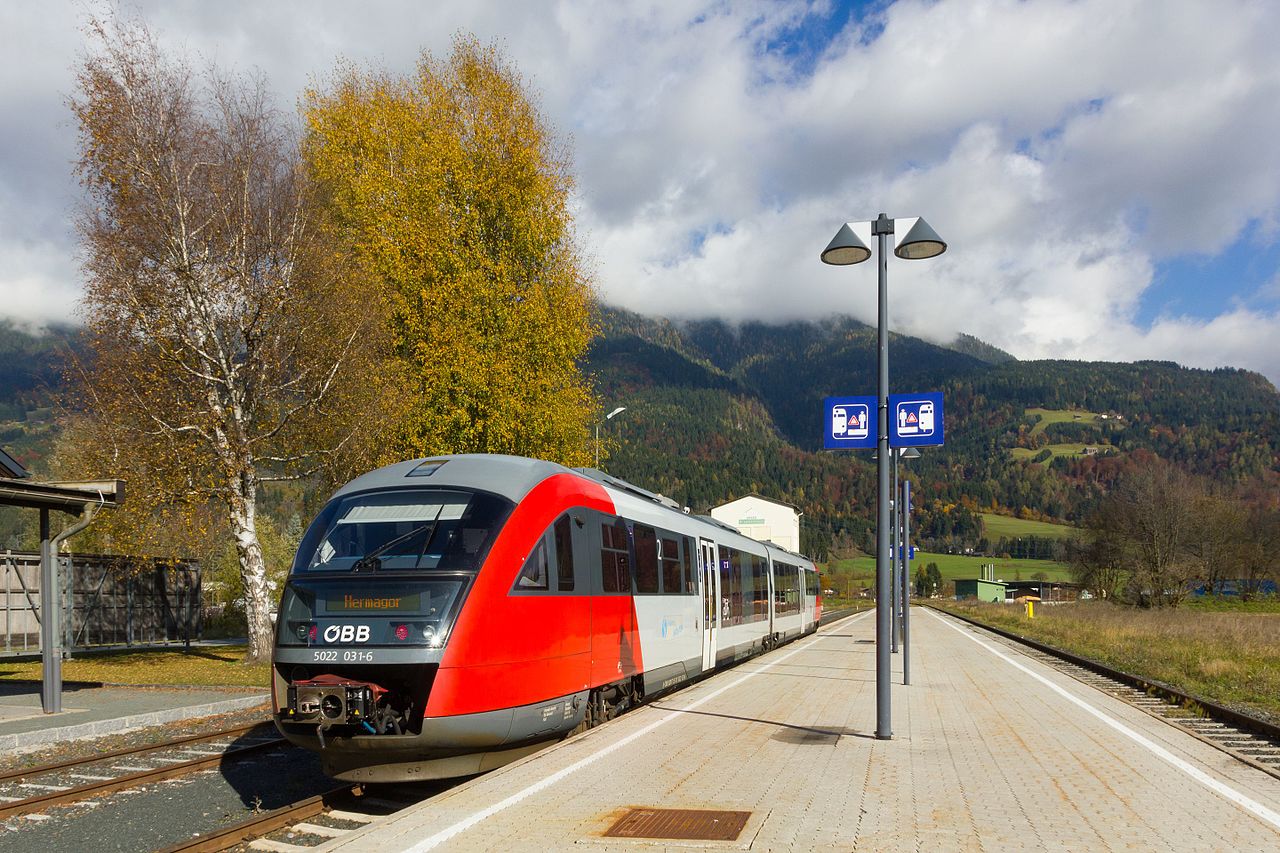 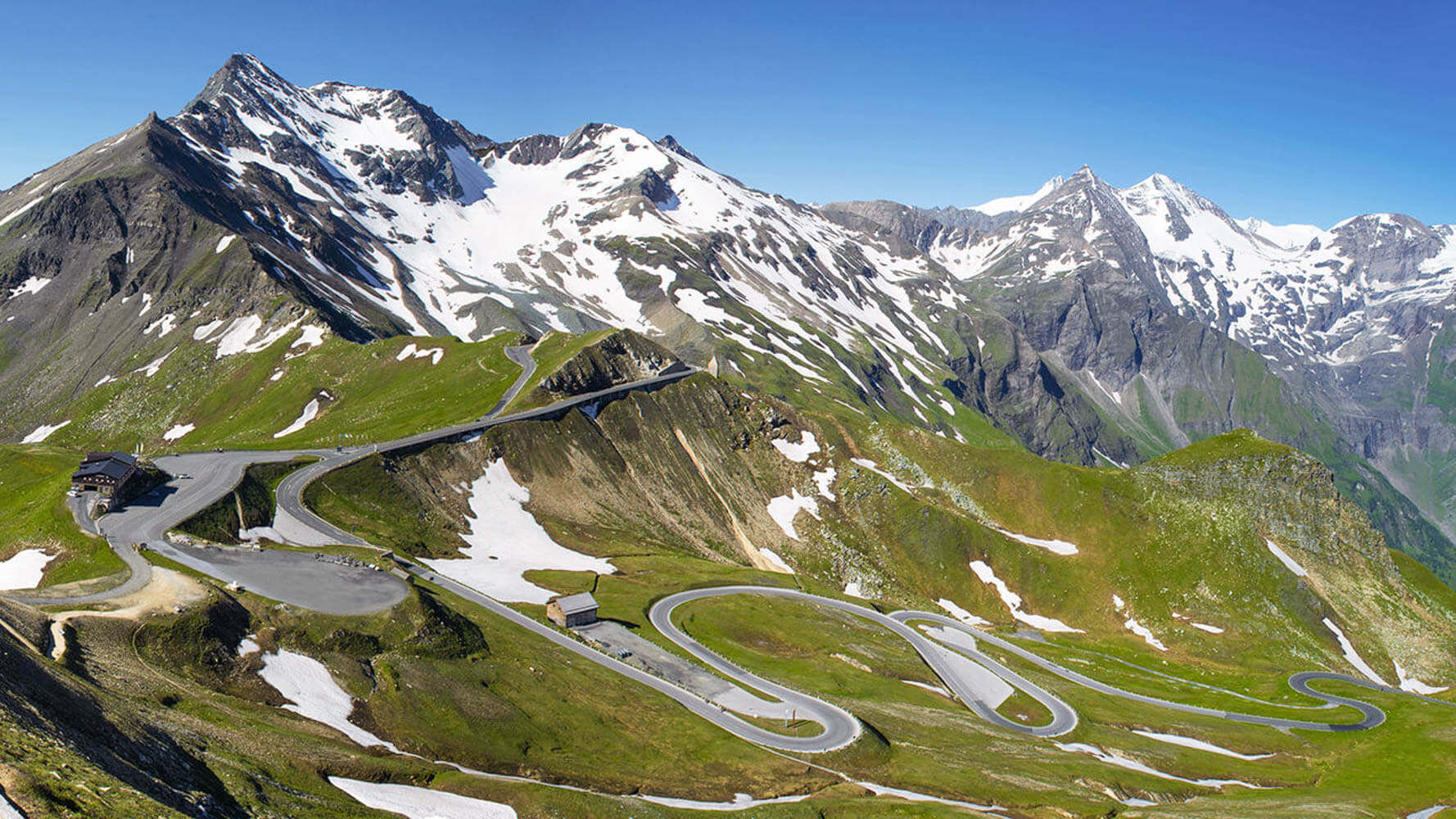 The network of public roads includes 200,000 km of roads.

Standard speed limits in Austria, unless otherwise indicated on the signs: 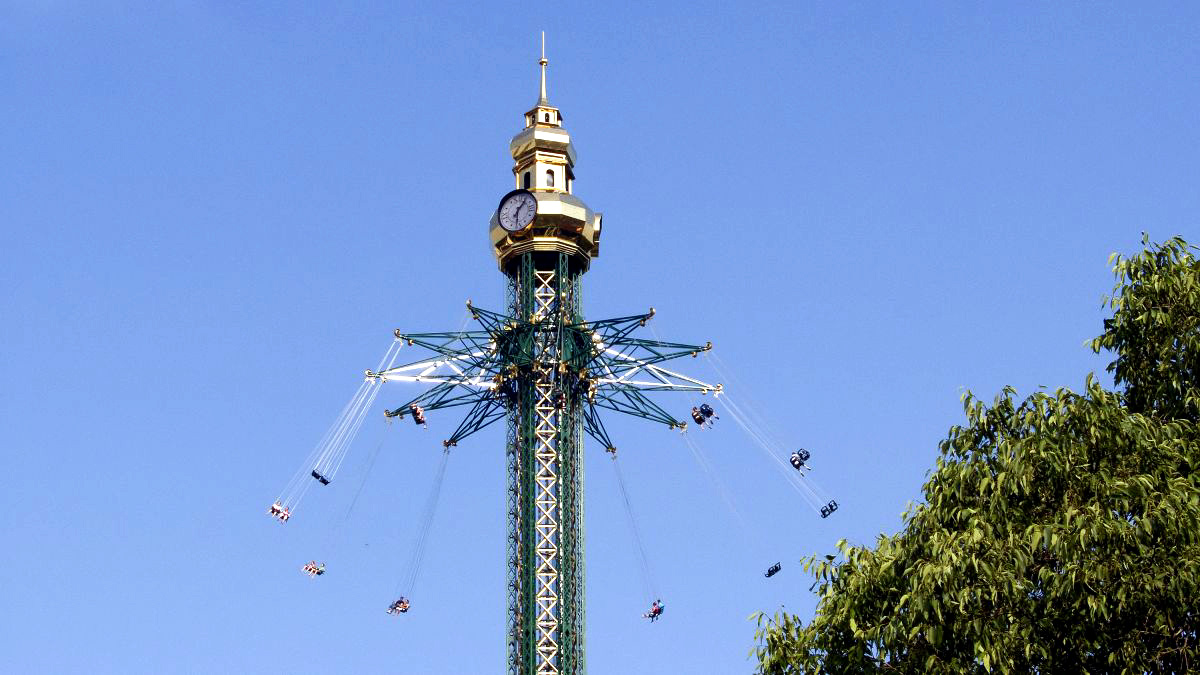 One of the main attractions of Vienna is the Prater Tower chain carousel. Its height is 117 meters, which is equal to the height of a 33-storey building. The carousel is made in the form of a 12-pointed star, it has 12 double seats. Every day, many people visit this attraction. After launch, the carousel starts to rotate at a speed of 60 km/h and gradually rises to a height of 95 meters.

The attraction is very popular with people of all ages. Children under 6 years of age and those visitors whose height is less than 120 centimeters are not allowed on the attraction. For those who decide to try the carousel in action, there are a few important tips to keep in mind. Before the “flight”, it is best to completely empty the pockets of the contents, otherwise it can be guaranteed to be lost. When lifting and rotating, the wind increases significantly, so people who are sensitive to drafts are advised to protect their nose, throat and ears. If you follow all safety measures, then riding at high speed and at a decent height will get you unforgettable emotions.