Where is Berlin. Map of Berlin 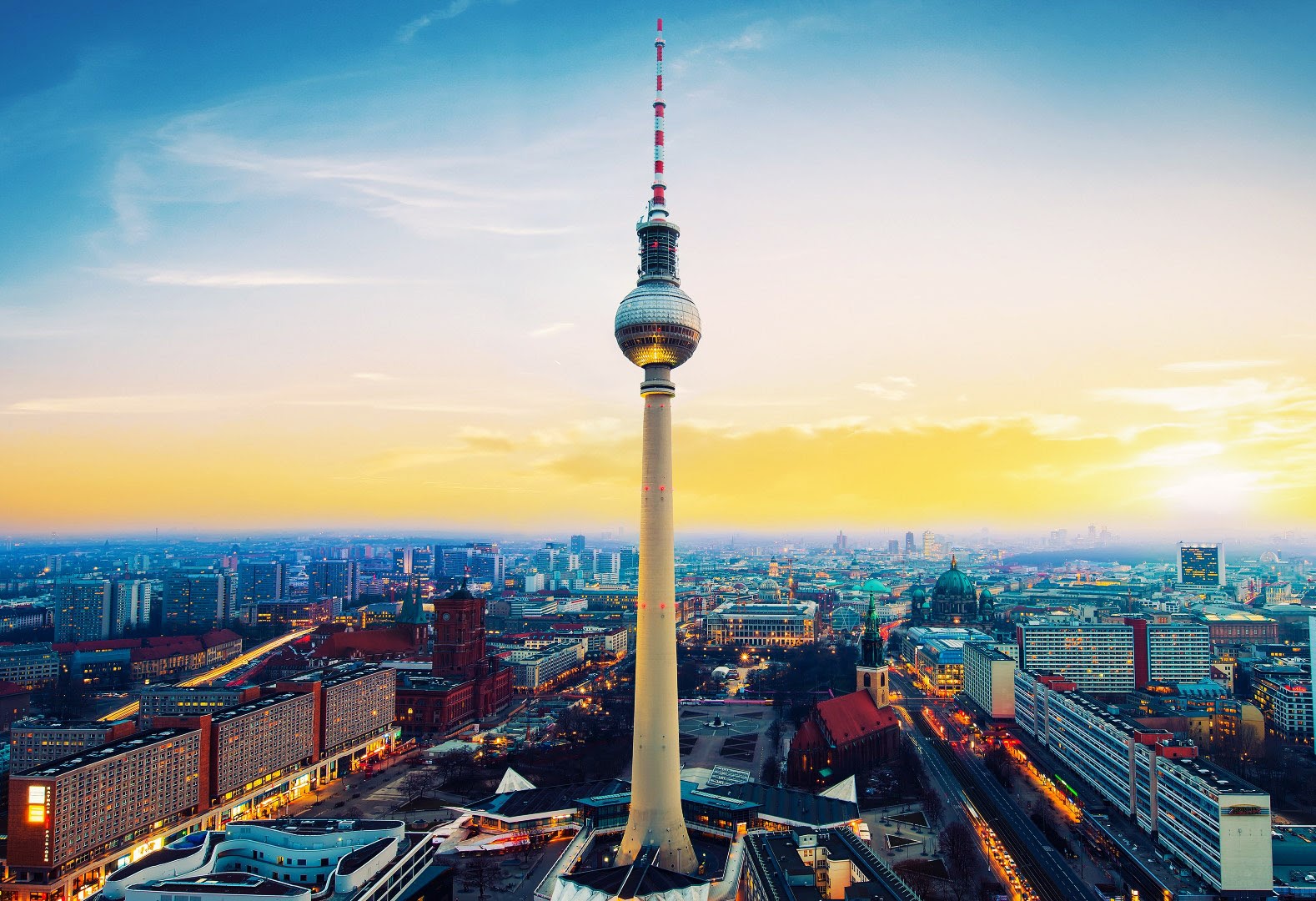 The capital and largest city of Germany, ranks first in population in the European Union, and is part of the country as one of the 16 regions-lands. The area of the city is 892 km2. Berlin has a population of 3.65 million. The population density is about 4 000 people/km2 without tourists. The time zone is UTC +1 in winter and UTC +2 in summer, as it is throughout Germany.

Founded in 1237, Berlin combines a long history, modern technological innovation and the freedom-loving spirit of Europe. One of the most famous European cultural and tourist centers. Berlin is visited by a huge number of tourists. As of 2018, this number exceeded 13 million according to the Visit Berlin tour service.

Berlin climate and weather for today

The climate zone in which the city is located is temperate. The average temperature in the summer months is 17-20 degrees, in the winter – 1-2 degrees. In autumn and winter (in October – March) it is cloudy, there are rains, snowfalls or rain with snow. Main tourist season: May-October. 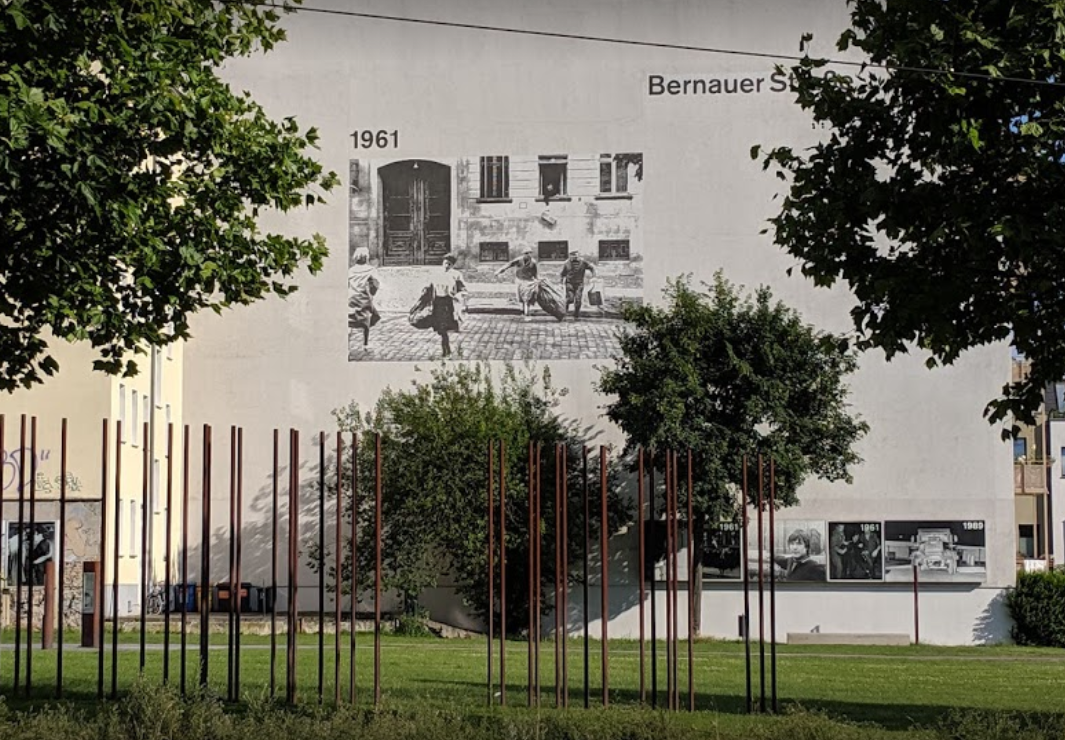 After Germany's defeat in World War 2, Berlin was divided by a wall into western and eastern parts for 28 years. The fall of the Berlin Wall (Mauerfall - German) took place on 9 November 1989. It became a tipping point in world history. This item is related to the falling of the Iron Curtain and the start of the fall of communism in Eastern and Central Europe and with the end of Cold War. Some time later the fall of the Wall led to reunification of Germany (took place in October 1990).

Berlin Wall Memorial  (1998) commemorates the division of Berlin and the deaths that have been there. The monument includes a Chapel of Reconciliation, the Berlin Wall Documentation Centre, a 60-metre section of the former border, a window of remembrance and a visitor center. Wall memorial complex covers an area of 4 ha. 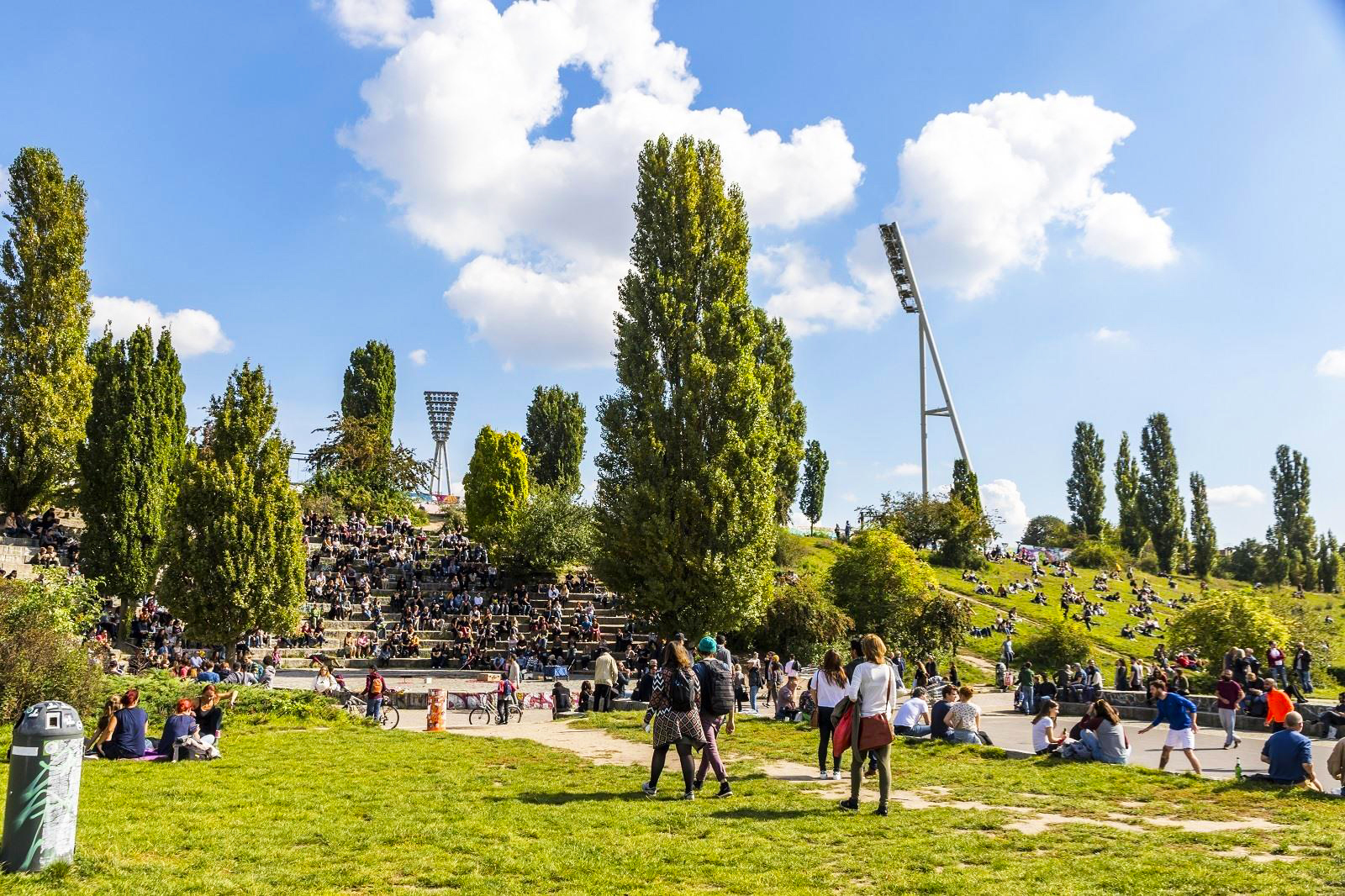 A public park with a green area, a popular destination among Berlin's bright youth, was created on the site of the exclusion zone of the famous Berlin Wall. The spirit of the underground, freedom and roaring 90's, musicians and street artists, places of worship and crowds of visitors.

The park is one of the most popular places for young Berliners and tourists. It attracts basketball players, jugglers, musicians and many other people. It is a crowded holiday destination and a permanent place of nightlife, especially in summer. There are two stadiums near the park (Friedrich-Ludwig-Jahn-Sportpark and Max-Schmeling-Halle). The 800-meter-long strip of the Berlin Wall still stands in the park as a monument and is a popular destination for graffiti artists.  Since its foundation, the park has been expanded in several stages. Now it covers an area of 15 ha.

Since 2004 Flea market Mauerpark (Flohmarkt am Mauerpark) is open every Sunday. Free mesh kiosks fill the west side of the park and offer collections of new and vintage clothing, vinyl records, CDs, GDR memorabilia and antiques, bicycles and other trinkets.
The park is open 24 hours a day and is located at Gleimstraße 55, 10437 Berlin, Germany. The nearest metro stop(U-Bahn) – U Eberswalder Str. - is 743 meters from the park, it is a 10-minute walk. Coordinates:  52 ° 32'37 "N 13 ° 24'12" E 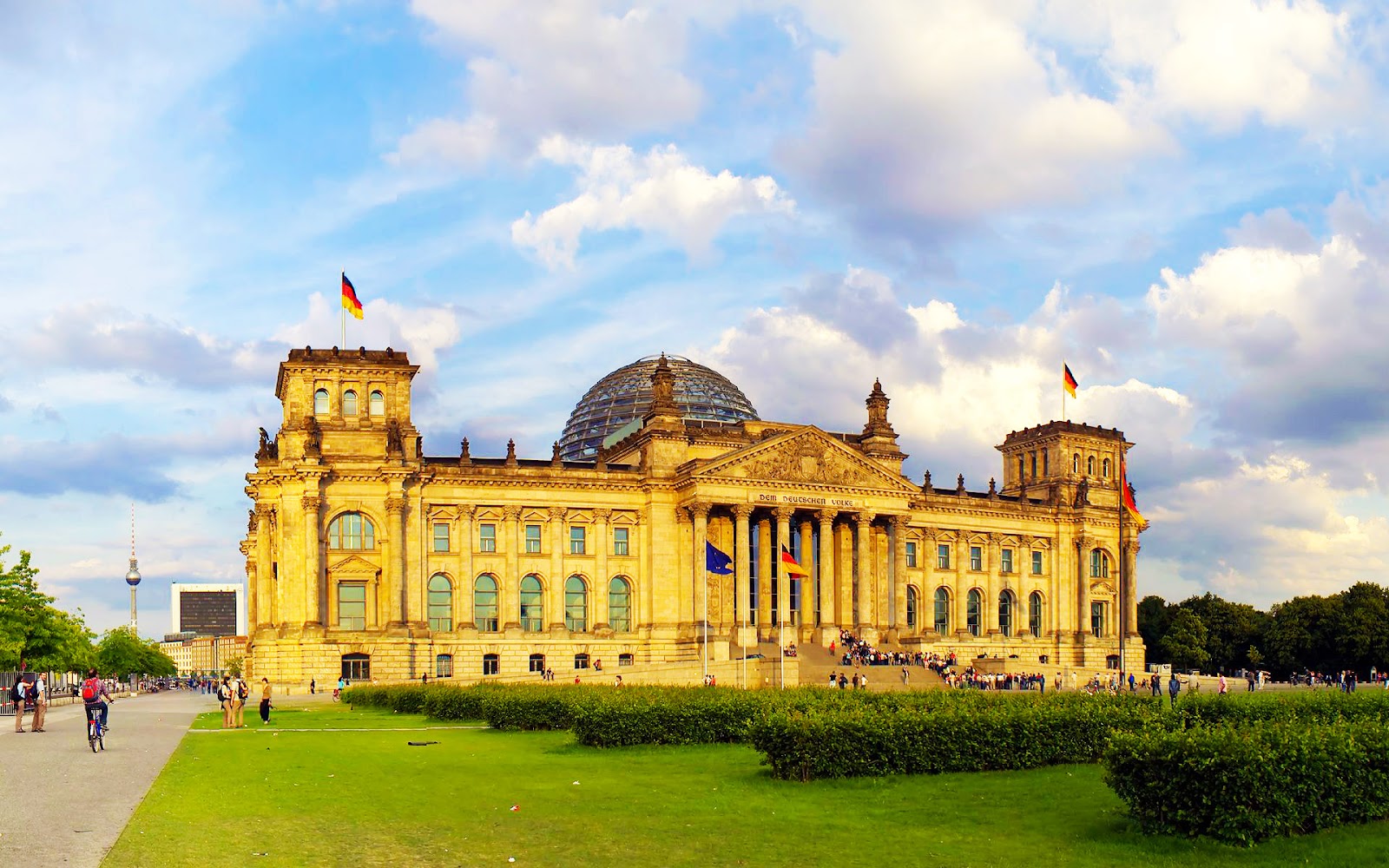 A historic building built in 1894, which hosted the meetings of the Parliament of the German Empire, and Weimar Republic. It was on this building that the Victory Banner was hoisted in 1945, and since 1999 the Bundestag has been located here. The height of the building is 47 m.

After reunification, the Reichstag building has undergone a long and complete renovation. It was taking out everything except the outer walls, including all changes made in the 1960s. Some historic aspects of the building, the traces of historical events must have to be retained in a visible state. Among them were graffiti left by Soviet soldiers after the final battle for Berlin in April–May 1945, as the slogans as "Hitler kaputt" and names of individual soldiers. The reconstruction was finished in 1999. The Reichstag is now the second most visited attraction in Germany. One of the reasons – a huge glass dome that was erected on the roof instead of the original 1894 cupola. New dome is giving an impressive view over the city, especially at night.

Museum Island in Berlin - a pretty corner of the northern tip of the island of Spreinsel, surrounded by the waters of the river Spree. It attracts millions of tourists because Museum Island is a unique museum in the world  with a huge collection of masterpieces of world art, putting together in one (small) place - island.

The Museum has begun its history by the construction of the Old Museum, which was  opened in 1830. 29 years later, the New Museum has opened the storerooms.  And in 1876 visitors could see the number of wonderful masterpieces in the Old National Gallery. At the beginning of the 20th century, the large cultural construction proceeded. The Bode museum (named after the art critic Bode)  was added to the museum complex. At the same time the Monbijou Bridge was extended to the island. Later in the year 1930, the centenary of the foundation of the Museum Island was marked by the presentation of the Pergamon Museum (incorporate the Ethnological Museum of Berlin and the Museum of Asian Art). So there are 5 first-class museums in one Island. So art lovers have called this place  "Athens on the Spree". 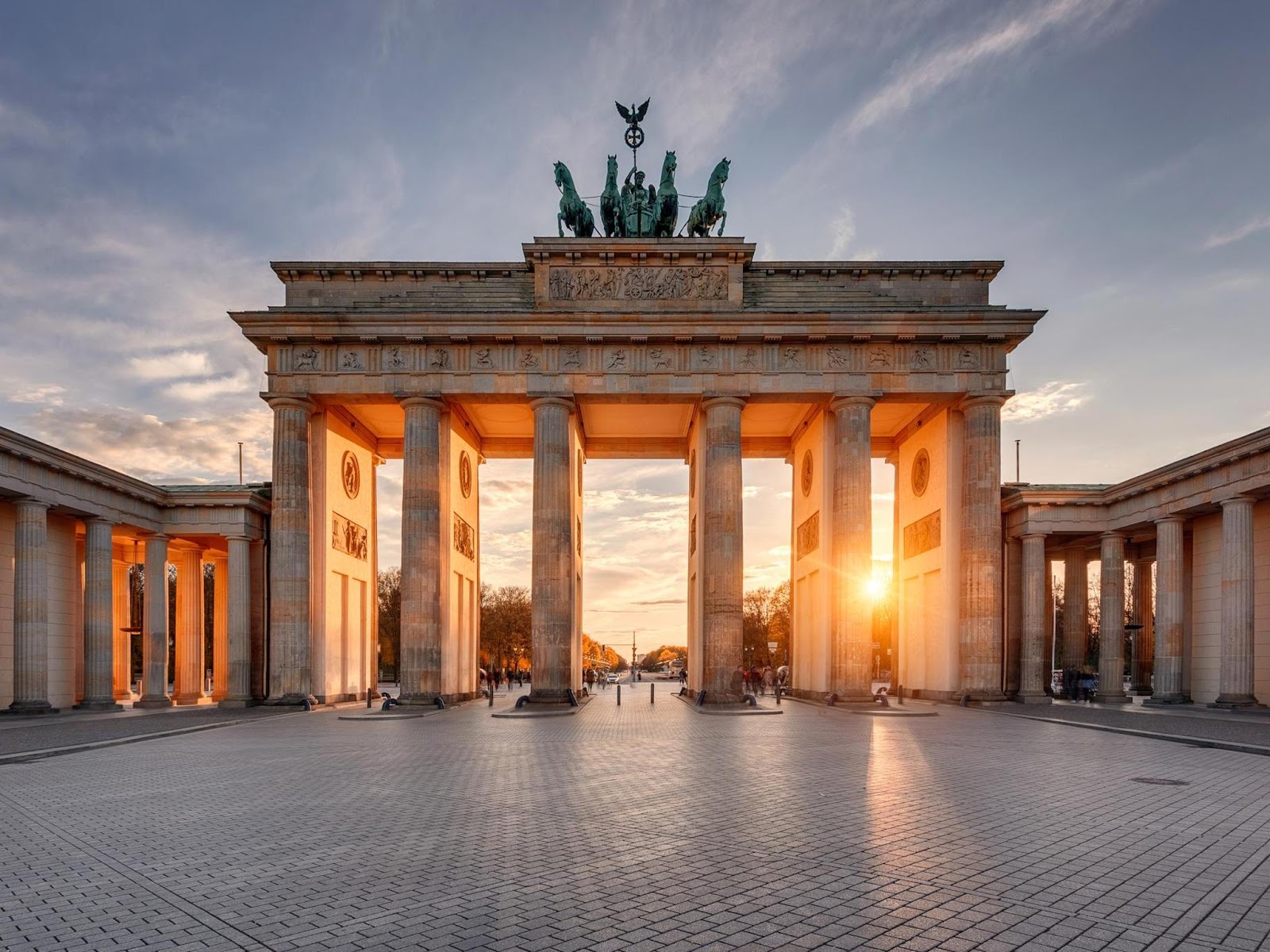 In former time there was a customs wallon on the site of the modern Gate, which served as a protective structure around the city and had 14 passages. Construction of the Brandenburg Gate began in 1789 under the King Friedrich Wilhelm II, and was completed in 1791. The author – German architect Carl Langhans – took as a model the main gate that opens the entrance to the Acropolis of Athens. According to the original plan, the Brandenburg Gate was supposed to symbolize peace (Gate of Peace). The Gate’s style is pure Berlin classicism. The Brandenburg Gate is the only surviving city gate in Germany. Brandenburger Tor still represents the Peace and is one of the main attractions of Berlin. The area surrounding the arch, including Paris Square, is closed to traffic and has been turned into a pedestrian zone. 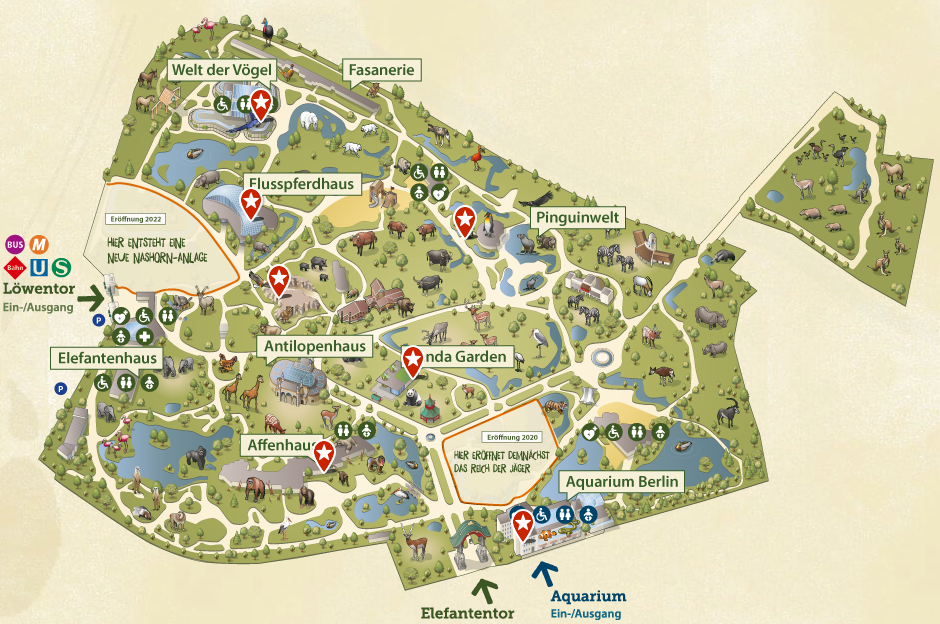 Located on an area of 35 hectares, with more than 20 000 animals belonging to about 1400 species in its collection, the Zoological Garden of Berlin is one of the main attractions of the city. About 2.6 million people visit the zoo every year.

Zoo Berlin is the oldest and best-known zoo in Germany. Opened in 1844. Berlin Zoo represents one of the most large and comprehensive collections of species in the world, including water species. The Aquarium Berlin (built in 1913)  is the biggest aquarium in the country and is ranked among the public aquariums with the world’s greatest biodiversity.  Coordinates: 52°30′30″N 13°20′15″E 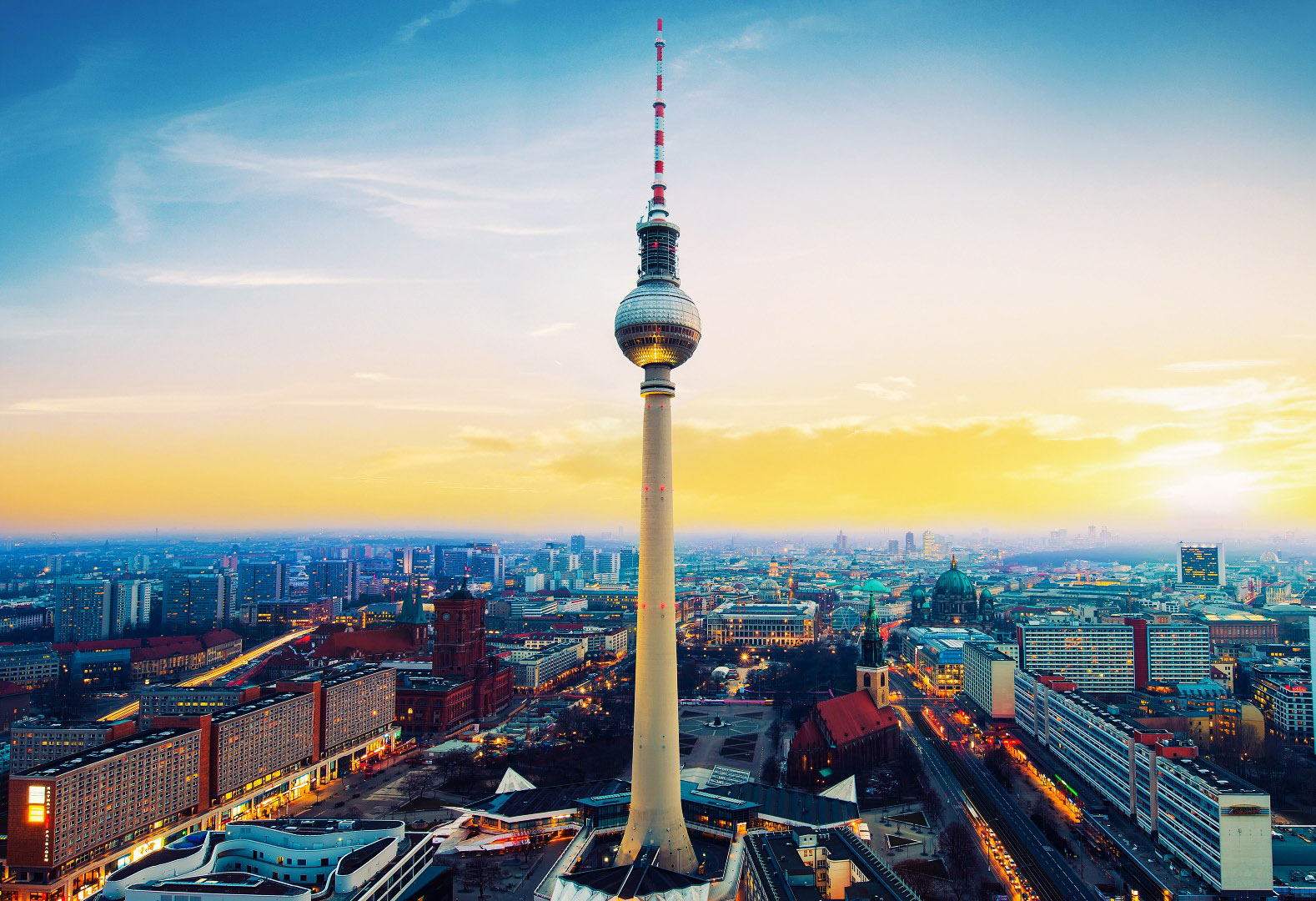 The tower was constructed between 1965 and 1969 by the government of GDR. The tallest building in Germany, in which, in addition to radio and television broadcasting, a viewing function is performed – at a height of 203 meters, there is an observation deck with a bar and a rotating restaurant. Also, the Berlin TV Tower is a good sight for booking a venue. After German reunification, it changed from a politically charged symbol of Socialism  into a citywide landmark of a reunited Berlin. Due to its universal and timeless design, it has increasingly been used as a trademark and is identified worldwide with Berlin and Germany. 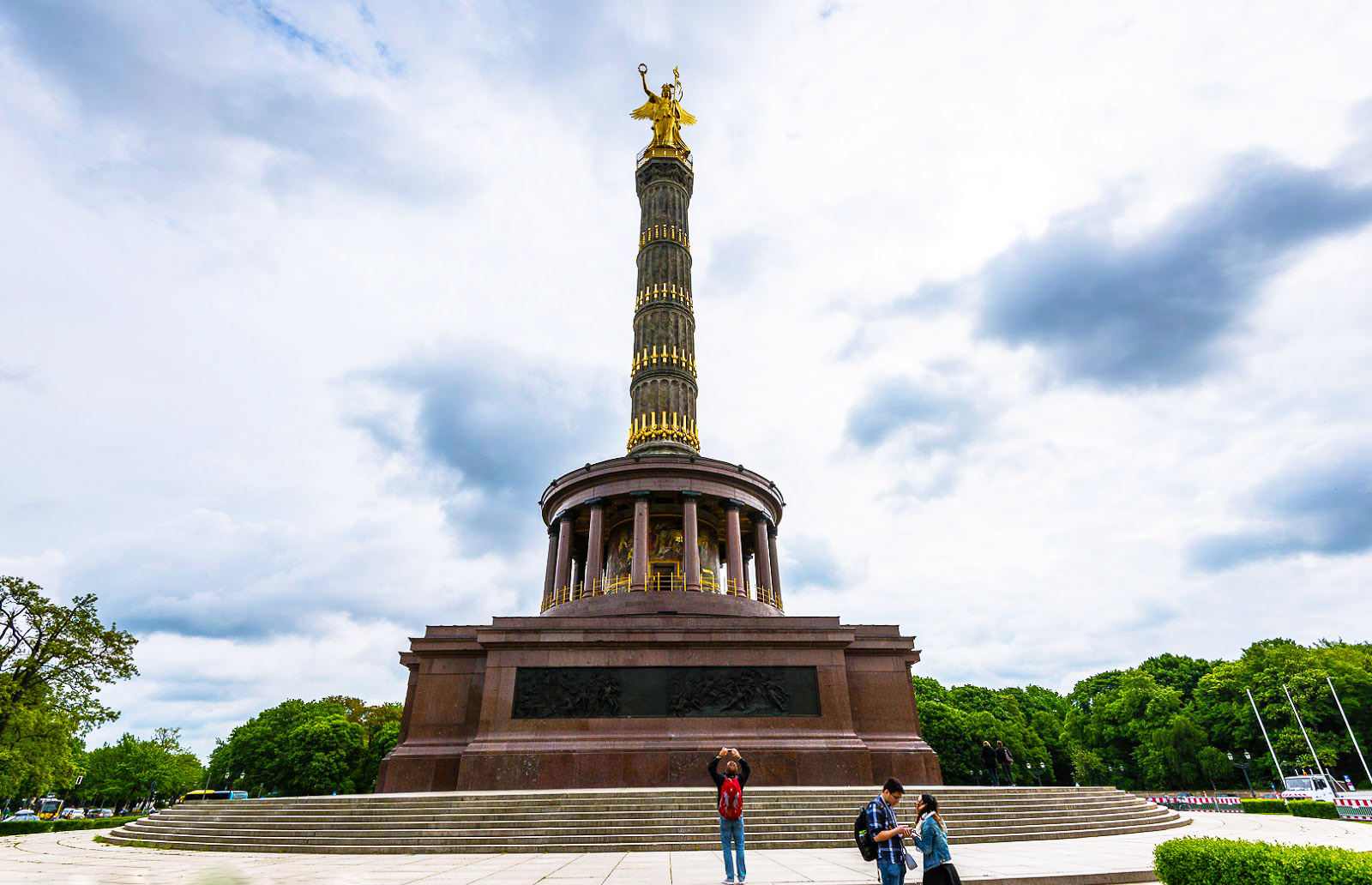 It’s the most famous historical symbol of Berlin. The building was designed in the second half of the XIX century (sculptor Johann Strack). The Victory Column is a national monument to the three unification wars of Germany (1864-1871). A triumphal column with an observation deck and a bronze sculpture of the goddess Victoria on top. The bronze sculpture has a height of 8.3 m and a weight of 35 tons. In her right hand, Victoria holds the Prussian standard, in her left – a laurel crown, and a helmet with an eagle (national emblem) decorates her head. About a kilogram of pure gold was needed to the restores to make her very shiny. The total height of the monument is almost 67 m. The attraction can be seen on the Big Star Square, which belongs to the Tiergarten Park.

How to get to Berlin: Train Stations and Airports

Berlin-Brandenburg – a new airport, under construction since 2006. It will replace Berlin-Tegel Airport, which will be closed. Berlin-Schoenefeld-after the opening of the airport, Berlin-Brandenburg will become part of it, the fifth terminal. A huge number of railways and a large passenger flow need a large number of stations. Here is a list of the main ones: 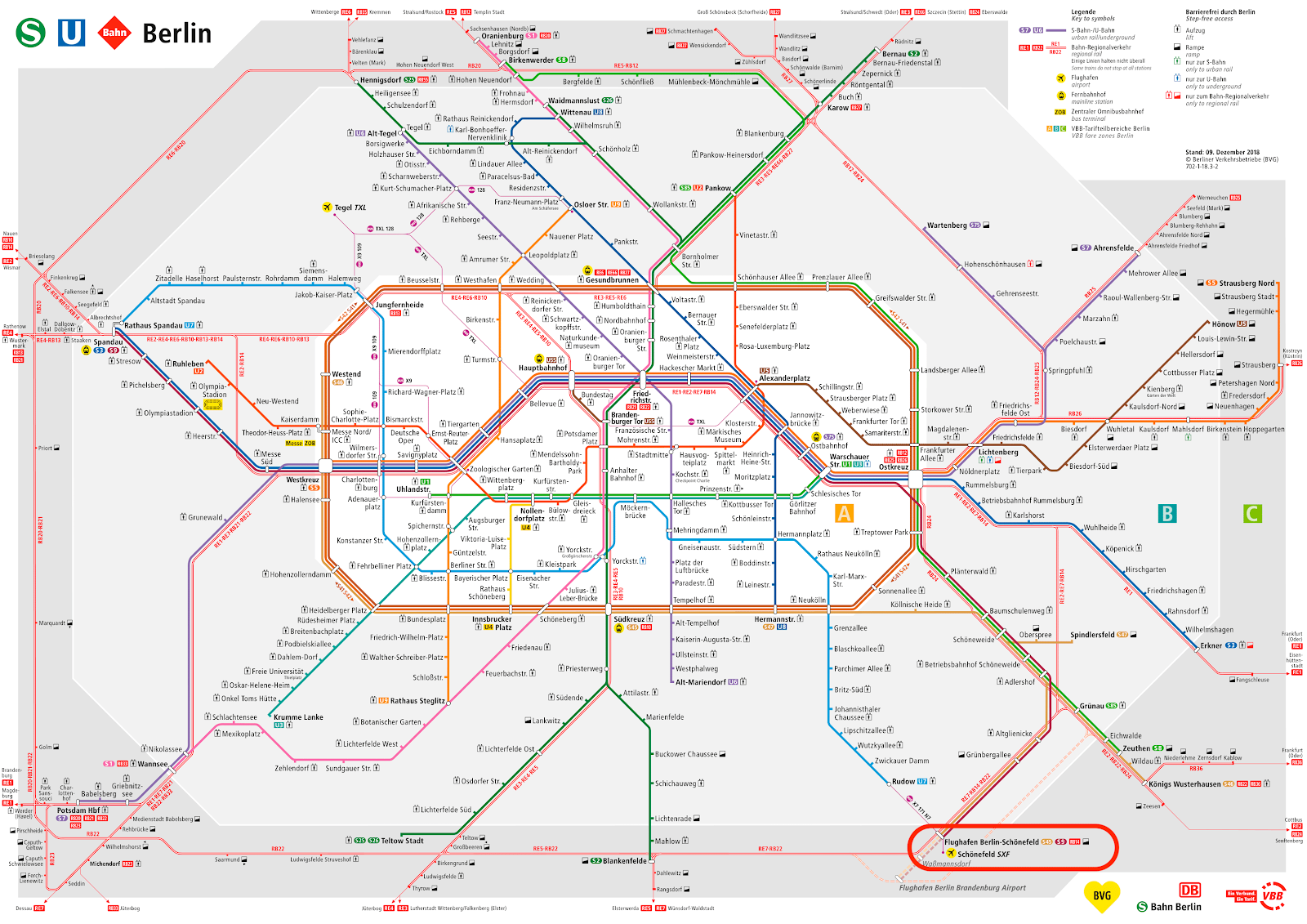 The Berlin Metro, founded in 1902, currently has 10 lines with a total length of more than 150 kilometers of above-ground and underground roads. The metro connects to the city's surface train network so closely that they share a map. And in order to get to any of the Berlin airports, you need to change to another mode of transport: it’s not possible to do it by metro. 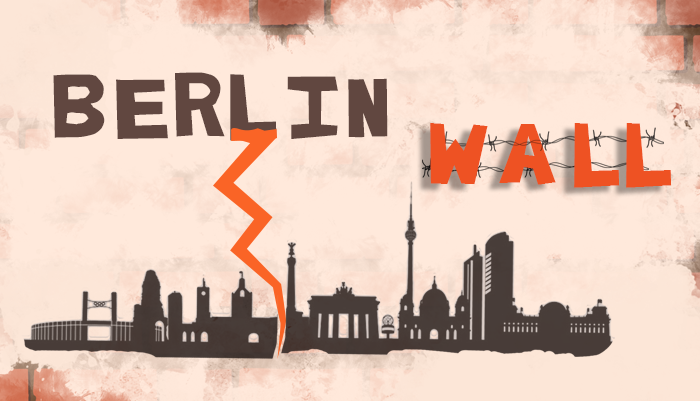