Moscow is the capital of the Russian Federation and the largest city in Russia in terms of population. Moscow has more than 12 million people. The metropolis with an area of ​​over 2.5 th km² is one of the ten most populated cities in the world. The population density is on average 4950.44 people / km², but varies from district to district from 400 to 14000 people / km². The time zone is UTC +3. 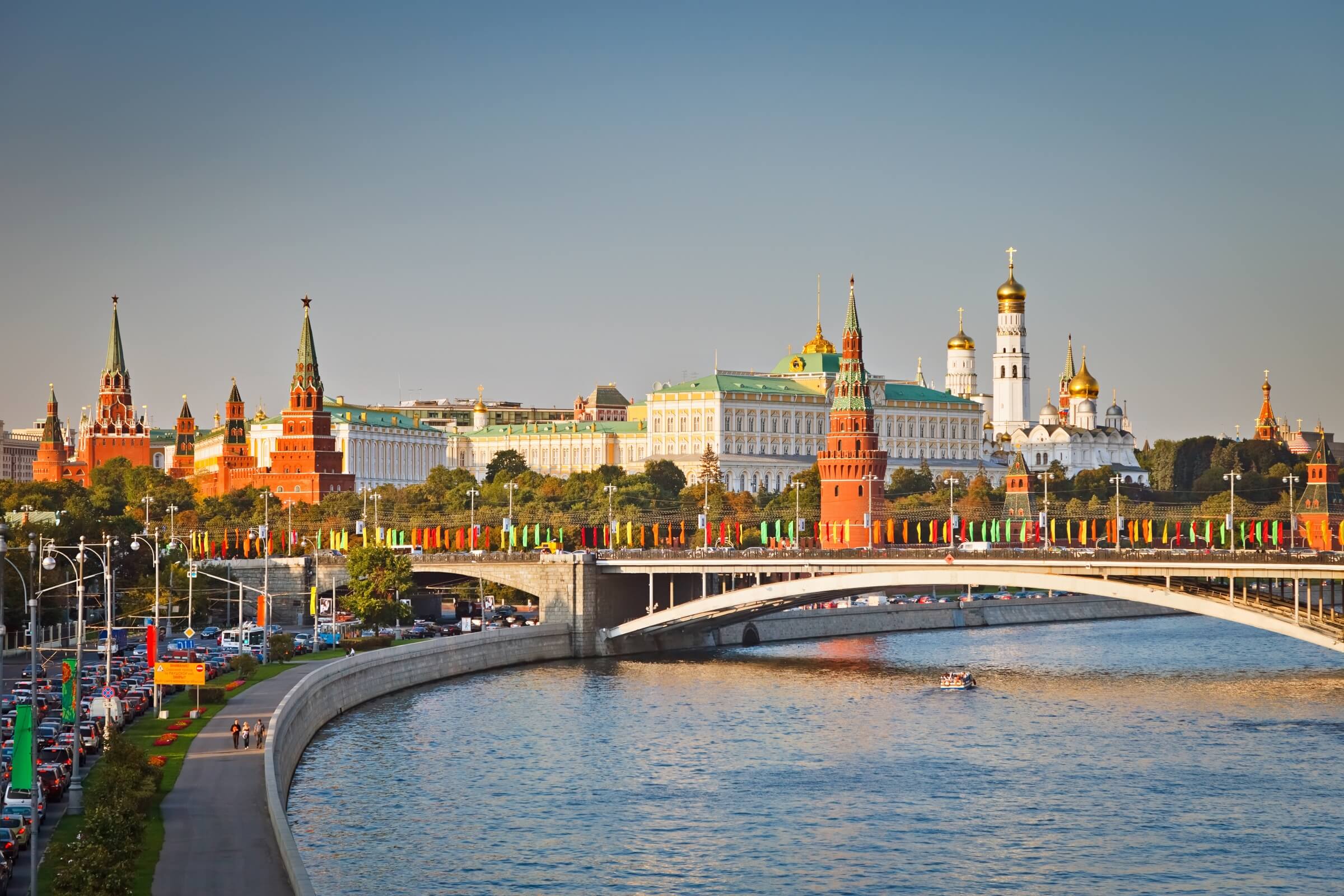 The foundation of Moscow dates back to 1147, when the wooden walls of the Kremlin were erected on the banks of the Moskva River, at the behest of Yuri Dolgoruky. But the exact age of the city is unknown.

The many-sided Moscow, harmoniously combining modern skyscrapers and unique historical architectural monuments of past centuries is one of the most visited cities in Europe. In 2019 and 2020, she received the title of the best city on earth for travel and the main prize of the prestigious international World Travel Awards.

Moscow climate and weather for today

The climate in Moscow is moderately continental and is transitional from mild European to sharply continental Asian. The pronounced seasonality makes it possible to see a “new” city every time. Winters are moderately cold (between 0ºC and -14ºC) and rather warm summers (comfortable +25 .. + 30ºC).
The most interesting sights of Moscow
Kremlin 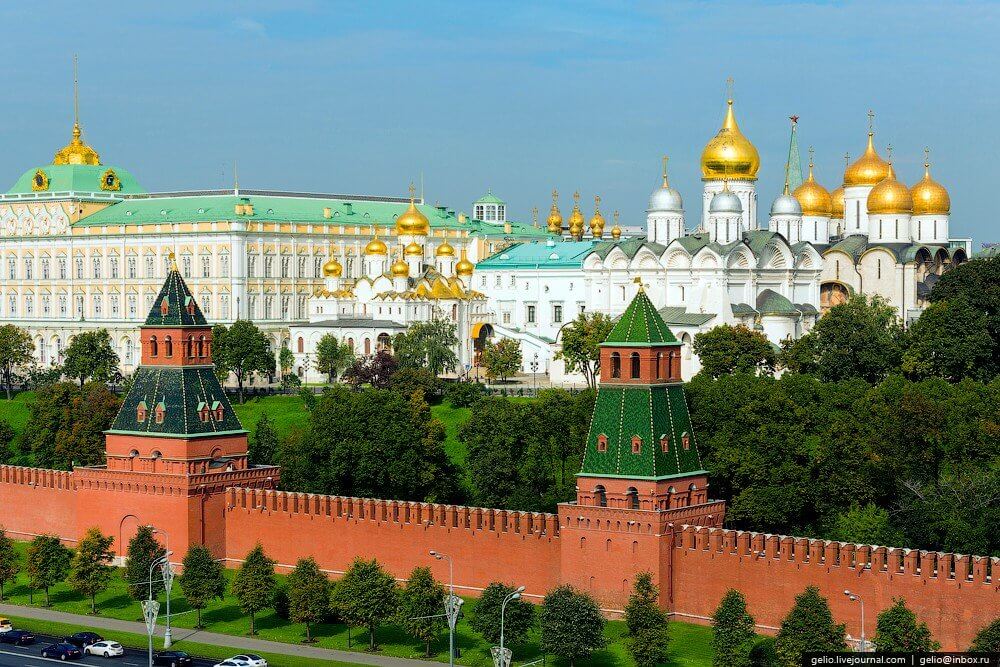 The Kremlin is a fortress in the center of Moscow on Borovitsky Hill, which has become the main symbol not only of Moscow but of all Russia. The most recognizable part of the city, repeatedly restored after fires and destruction, today is the official residence of the President. The ancient fortress was founded in the 12th century, and is included in the UNESCO World Heritage List. The Kremlin is made in the form of an irregular triangle on an area of ​​27.5 hectares. The total length of the walls is 2235 m, their height ranges from 5 to 19 m, the thickness is from 3.5 to 6.5 m. 1045 dovetail-shaped teeth decorate the top. There are 20 towers along the walls: three at the corners of the triangle have a circular cross-section, the rest are square. The tallest tower, 79.3 m high, is Troitskaya. The Moscow Kremlin is the largest surviving and operating fortress in Europe. On its territory there is a unique cultural heritage: a museum complex founded in 1806: the Assumption, Annunciation, Archangel Cathedrals, the Grand Kremlin Palace, the Armory, the Tsar Cannon. 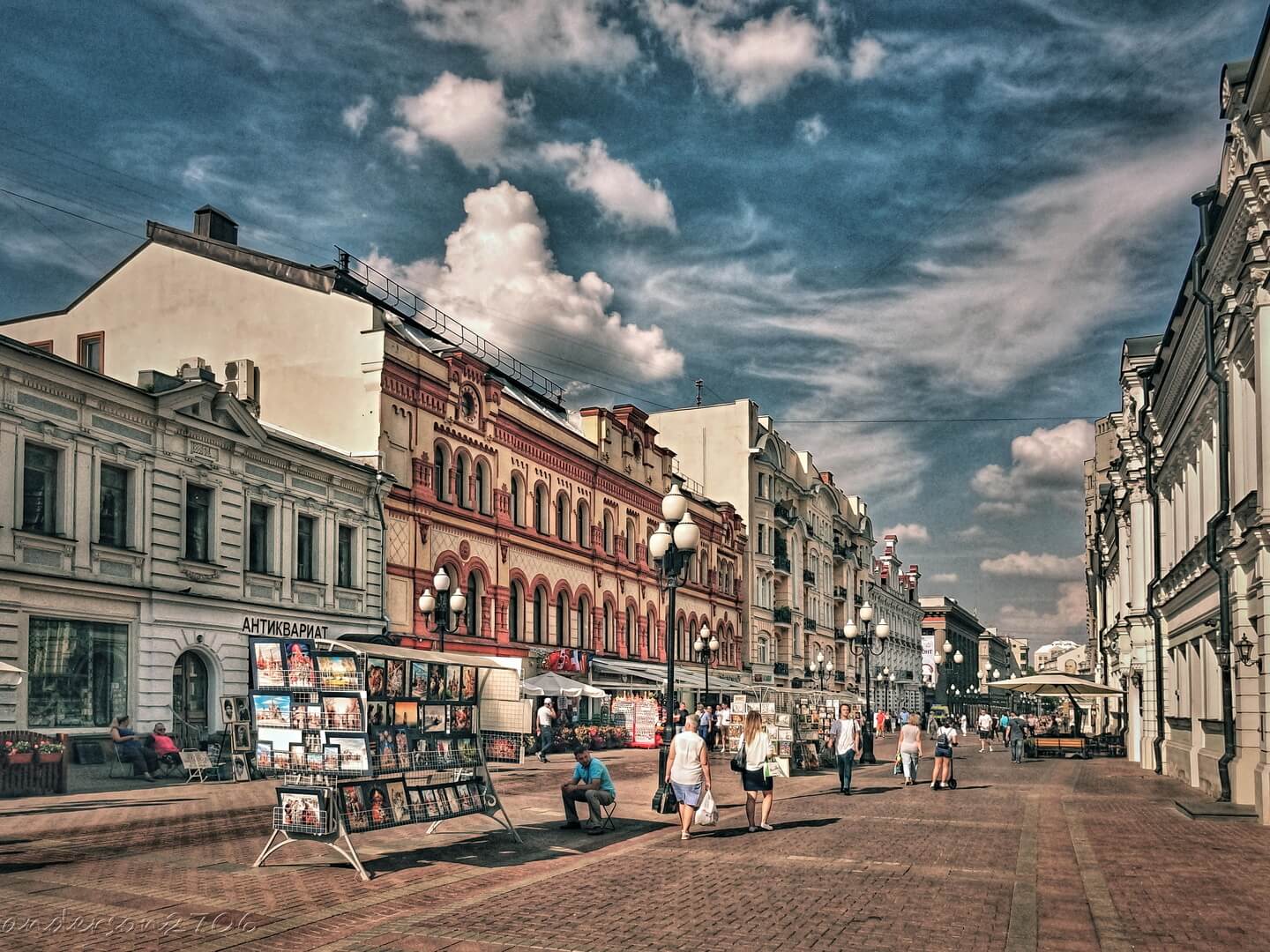 Arbat is the oldest street in Moscow with a 5-century history and a little over a kilometer in length connects the Boulevard and Garden rings. Since 1986, Old Arbat has become a pedestrian: the cobbled surface has been replaced by asphalt. Now there are always a lot of street artists, musicians and performers here. The street, on which a unique atmosphere reigns, fascinates everyone: architectural landmarks, theaters, cozy alleys with small cafes and much more. Many talented people lived on the Arbat: writers, musicians, scientists and philosophers. It is not in vain that references to the boulevard are found in the works of Leo Tolstoy, Mikhail Bulgakov, Anna Akhmatova and Bulat Okudzhava. 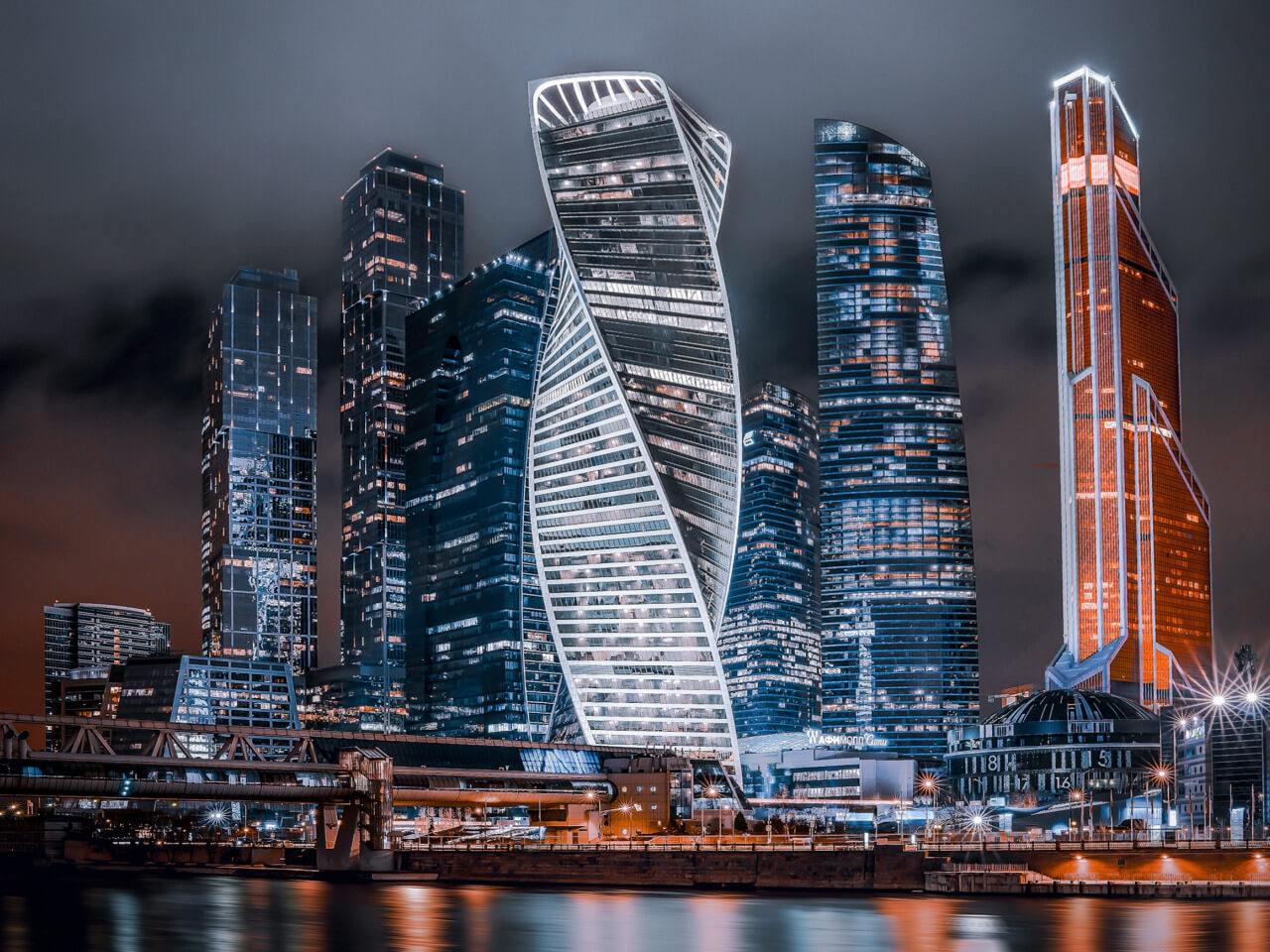 Moscow City is the largest business and cultural center of global significance and unique architecture. The total area of ​​all objects is 4000 m2.

“City within a city” includes several skyscrapers (made of glass, concrete and steel); inner core; BC Tower 2000 and the Bagration Bridge. These are office buildings, apartments for housing, shopping areas and recreation areas. In 2009, the City of Capitals skyscraper was recognized as the most aesthetic in the world and "Eurasia" is the only skyscraper in Russia made entirely of glass and steel (height 309 m). The title of the highest electronic clock in the world went to the Mercury City Tower (338.8 m). 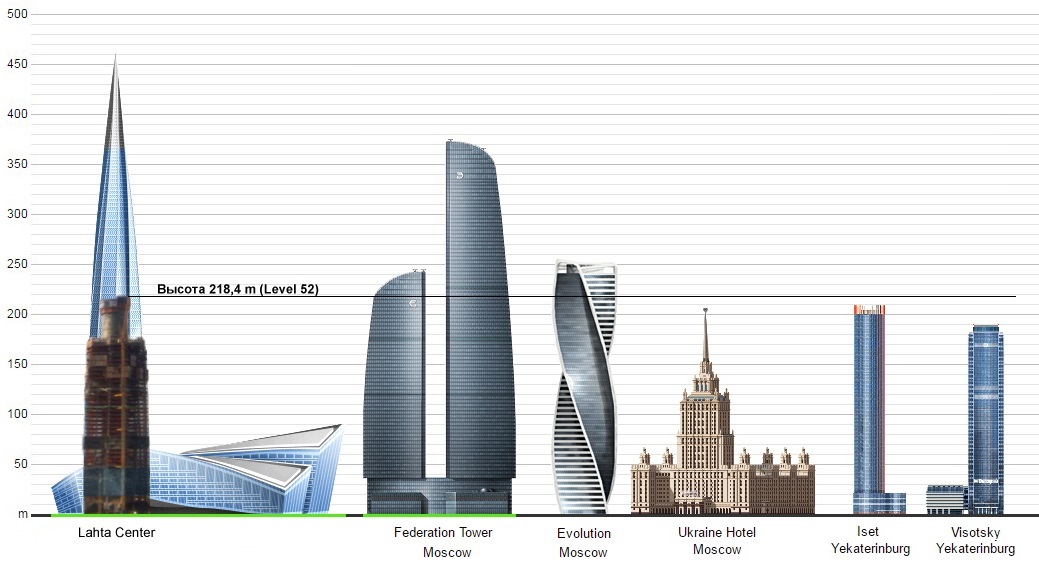 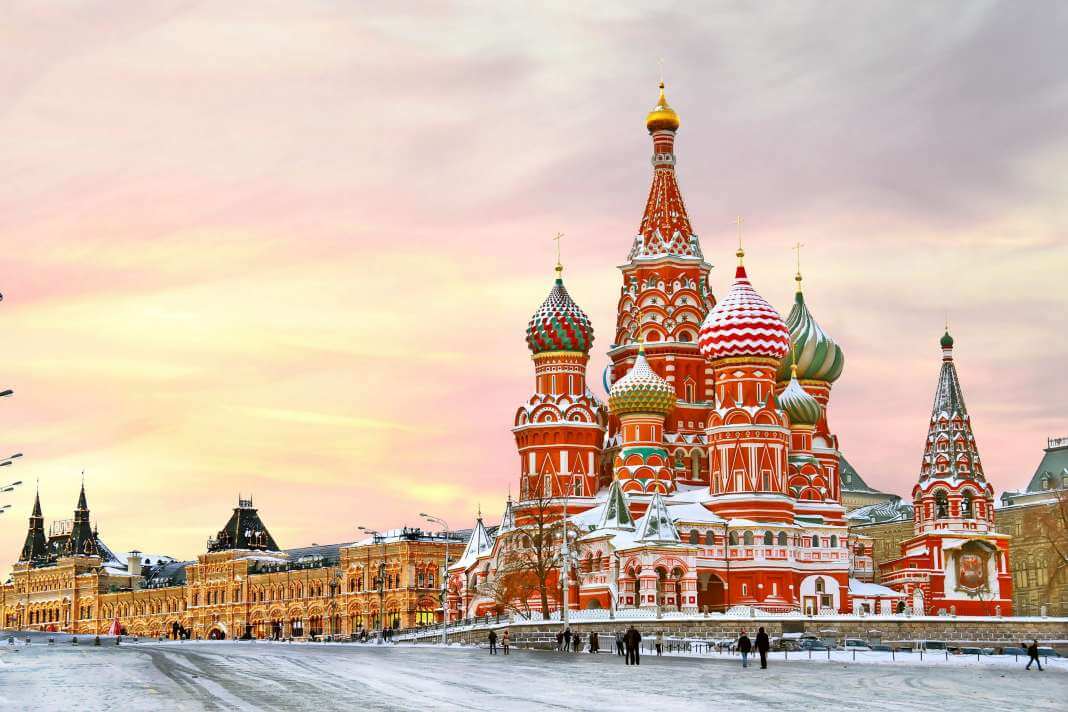 Cathedral of the Intercession of the Most Holy Theotokos on the Moat, which is more heard, like the Cathedral of St. Basil the Blessed, is the most famous and recognizable Orthodox church in Russia. The monument of Russian architecture today unites eleven churches (side-altars). The base walls are up to 3 meters thick. There are a lot of sacred symbols in architecture: a circle is a symbol of eternity, a triangle is a symbol of the trinity of God, a square is equality and justice, and a point is the beginning of life. St. Basil's Cathedral is included in the Russian list of UNESCO World Heritage Sites and is a branch of the State Historical Museum. Consecrated on July 2, 1561. More than 1 million people visited the temple in 2018. 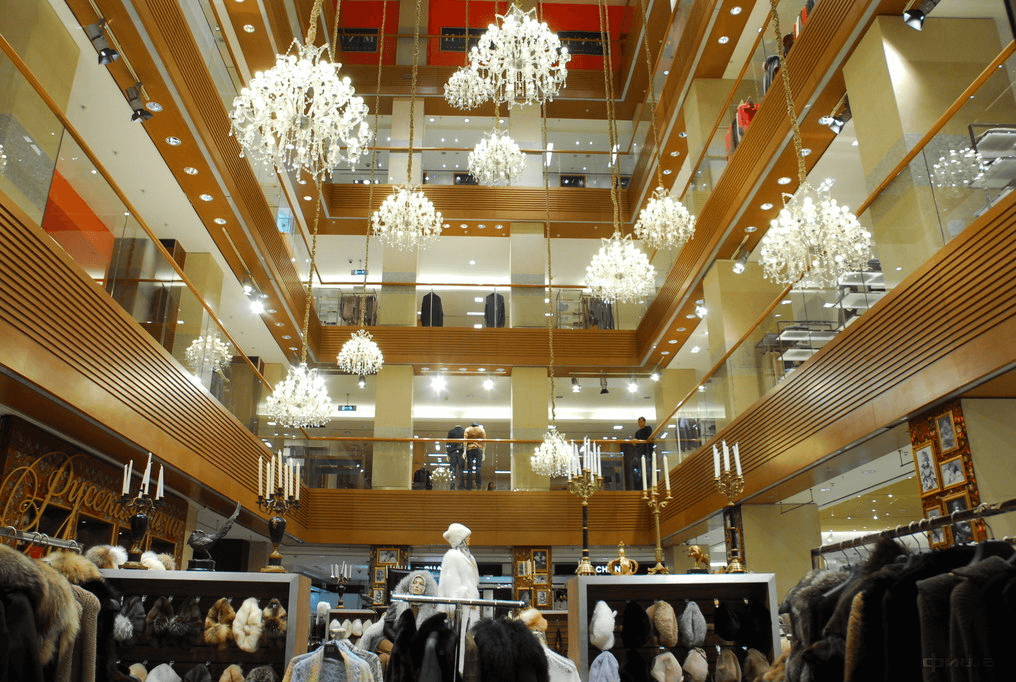 The Central Department Store is the oldest store in Russia, which began its rich history in 1857. Today it is a seven-storey neo-Gothic building located in the center of Moscow. There are more than 2,000 branded stores in the mall. “Space” prices make TSUM available for purchases only for people of the corresponding income. But its beauty and unique appearance, numerous exhibitions and various art projects attract foreign tourists.

How to get to Moscow: Railway stations and airports

In 2017, at the UITP International Summit of Public Transport in Montreal, she won the most prestigious global transport award “Special Recognition” for achievements in the integrated development of urban transport and transport infrastructure.

4 international airports, 9 railway stations, more than 250 metro stations and more than 30 transport hubs. In addition, public transport is represented by: 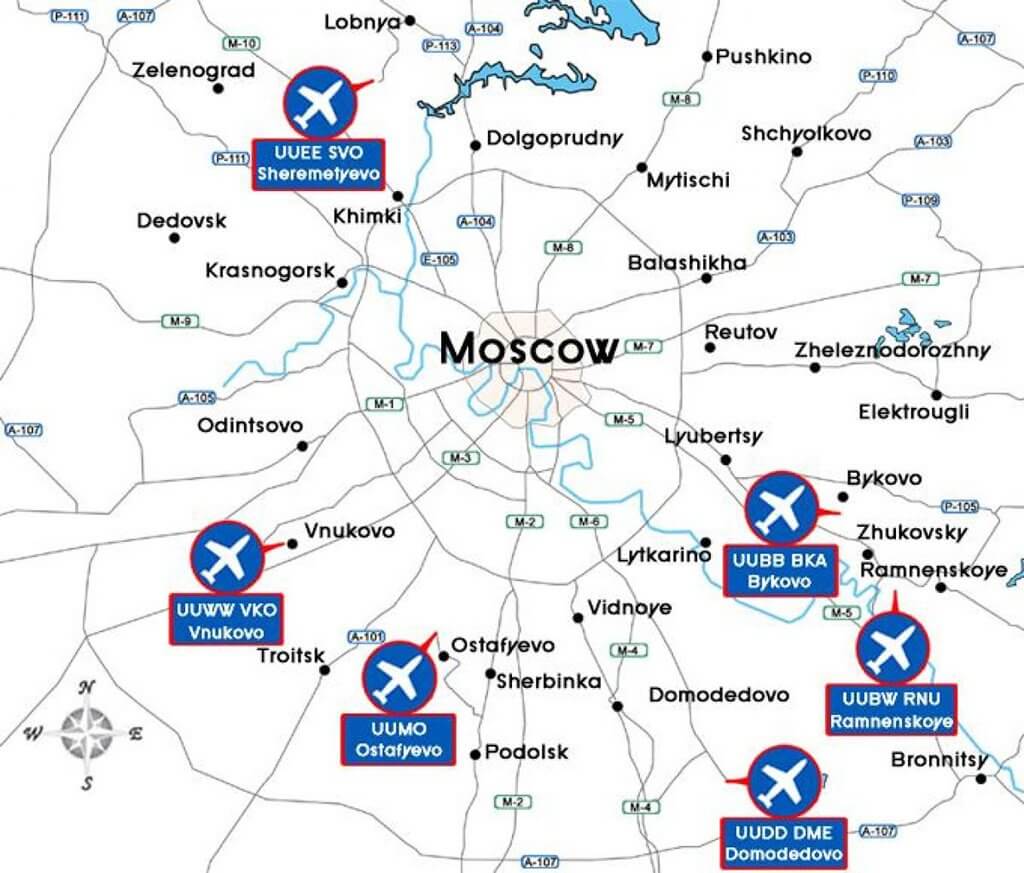 On May 15, 1935, the first 13 stations were opened. Today, metro lines have gone beyond the Moscow Ring Road, connecting remote areas of the city. In the period 2010-2020 about 200 km of lines have been laid and over 100 stations have been opened. 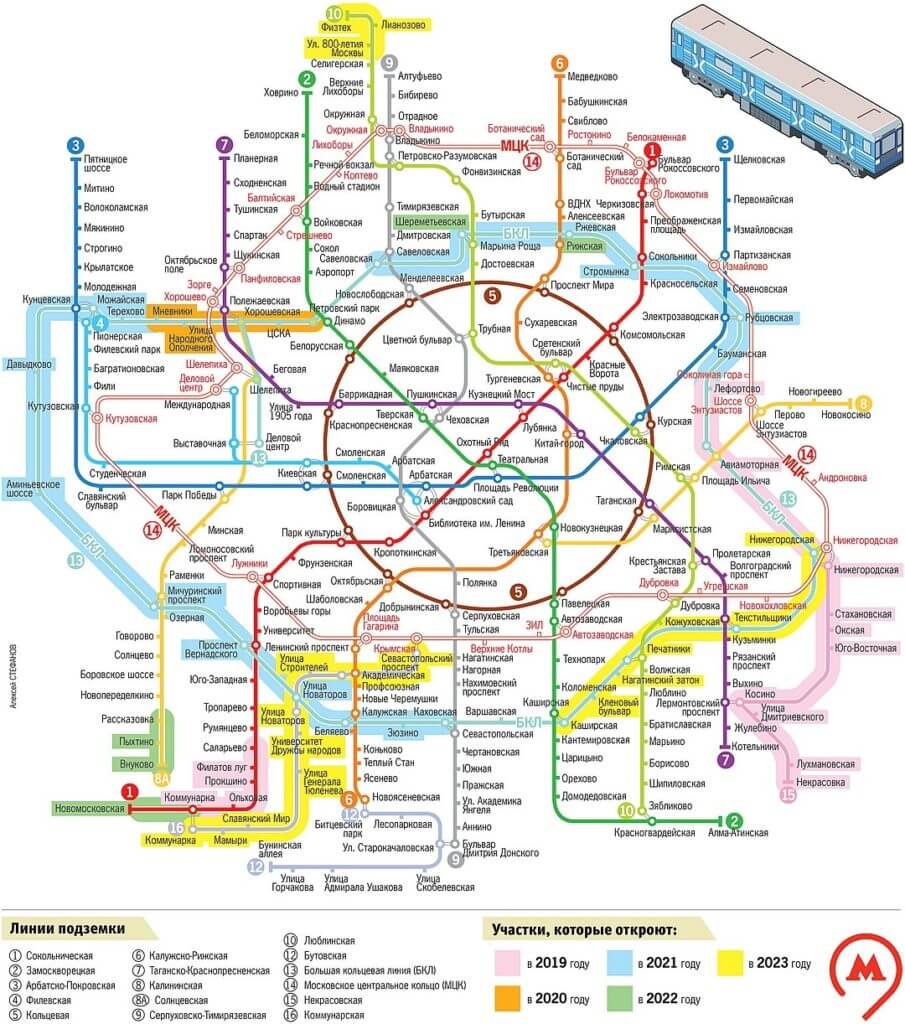 https://www.transport-news.ru
The invasion of Napoleon's army into Russia in 1812 and the counter-offensive of the Russian army. 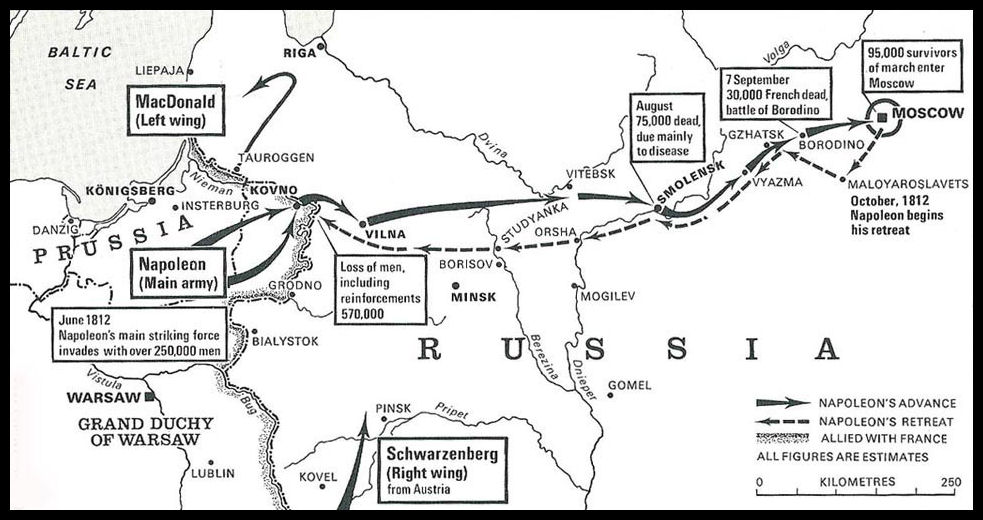 On June 24, 1812, the Great Army of Napoleon Bonaparte invaded Russia, numbering over 440 thousand people of the first echelon and 170 thousand people of the second. There is no unequivocal opinion of historians, what are the reasons for Napoleon's invasion and why the French went specifically to Moscow but not to the capital of the Russian Empire, which was St. Petersburg. It is highly likely that Napoleon had no plan at all to move beyond Smolensk. But accustomed to winning, the great commander could no longer stop and led his army deep into the vast territory, where he lost his it.

The French army was opposed by three Russian armies, standing far apart from each other, with a total number of 220-240 thousand soldiers. The retreat of the Russian army lasted from June to September 1812 to Moscow.

On August 26, the Battle of the Moskva River took place. The Battle of Borodino, which is one of the bloodiest battles of the 19th century and the battle with the greatest casualties among all the one-day battles that have existed before it. The French army lost about 25% of its composition, the Russian lost about 30%. The total losses of the two armies in 12 hours of battle amounted to a whopping 78 thousand people. Of course, Napoleon was unable to recover from this battle, and starting in October 1812 the French army began to retreat. In December 1812 Napoleon with the remnants of the army (about 30 thousand) left the Russian Empire. 200 thousand soldiers died on the battlefields, and another 380 th were wounded, prisoners and who became Russian citizens.