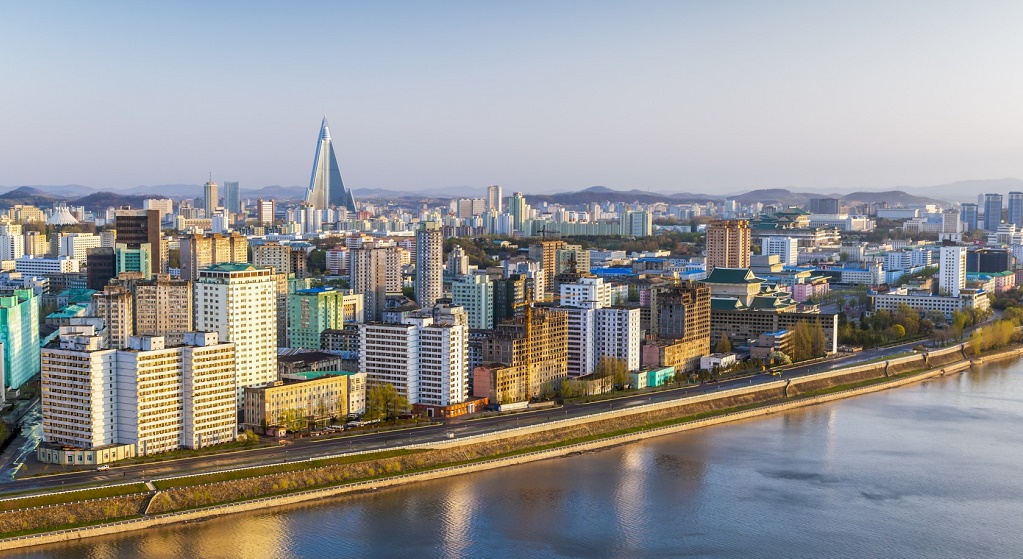 Pyongyang is the capital of the Democratic People's Republic of Korea and the largest city in the country. The metropolis is located in the western-central part of North Korea on the Pyongyang Plain, 109 km from the Yellow Sea, along the banks of the Taedong River. Covering an area of ​​2 thousand km2. The capital city is inhabited by over 3 million people.

Pyongyang is one of the oldest cities in North Korea and today is a significant cultural, political, economic and industrial center. The city's economy is based on well-developed heavy (industrial ceramics, ammunition and weapons) and light industries (food, textile), as well as agriculture.

A tough policy aimed at almost complete isolation of the country and constant control over guests hinders the development of tourism.

Pyongyang is administratively divided into 19 counties (kuek) and 1 county (kun).

Pyongyang's climate and weather for today

The continental (monsoon) climate in Pyongyang is characterized by:

The most comfortable for tourists wishing to see the capital of Korea are May and September.

The most interesting sights of Pyongyang 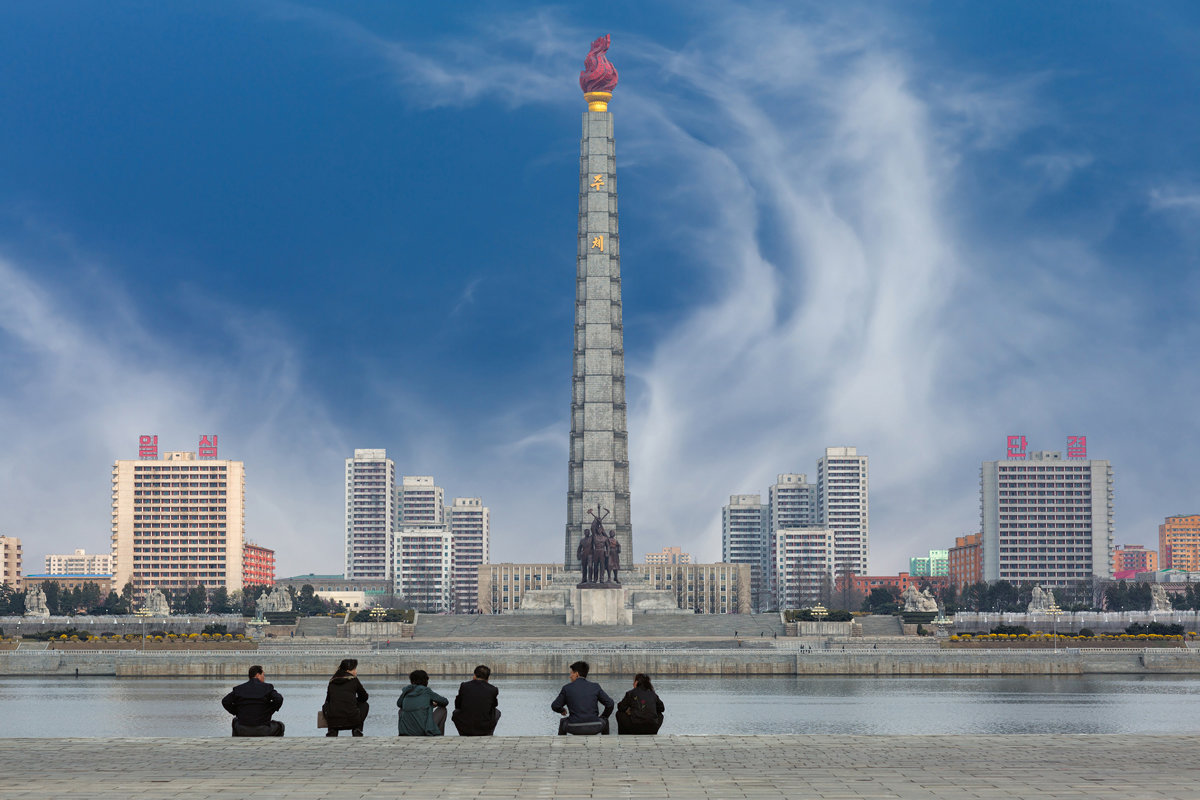 In the center of the green north is the Juche Idea Monument, which was opened to mark the 70th anniversary of Kim Il Sung in 1982. A huge obelisk with a height of 170 meters occupies the second line in the list of high-rise buildings and structures in the capital of the DPRK (more than 100 m high) and is included in the TOP-3 of the world's tallest stone structures.

The Juche Ideas Monument is a whole sculptural complex: 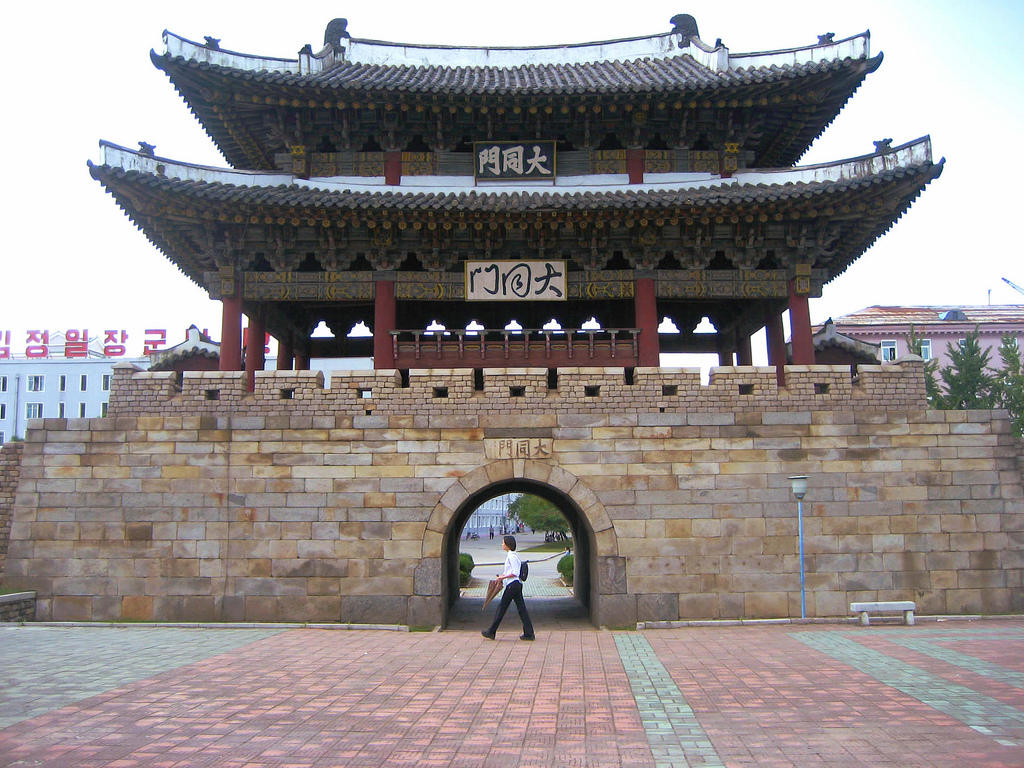 Taedong Gate is a North Korea's national treasure, and is part of the Pyongyang Castle. Its eastern, largest and most important fortress gate.

Taedong Gate is located on the banks of the river of the same name in the very center of the capital of Korea. The original defensive structure was erected in the 6th century, but at the end of the 16th century it was burned down during the Japanese invasion of Korea.

The cultural and historical architectural monument, which all Koreans are rightfully proud of, is a typical building of the period of the Korean feudal Li dynasty. Its construction in its present form dates back to 1635. On a granite pyramidal base 6.5 meters high, there is a wooden ‘Euphoru pavilion’ with 2 floors. The total height of the Taedong Gate is 19 meters, the width is just over 14 meters, and the length is 26.3 meters. A passage in the form of an arch is made in the center of the base. The pavilion's gable roof rests on dark red cone-shaped columns.

The well-preserved landmark has become a symbol of the city and is very popular with Pyongyang residents and visiting tourists. 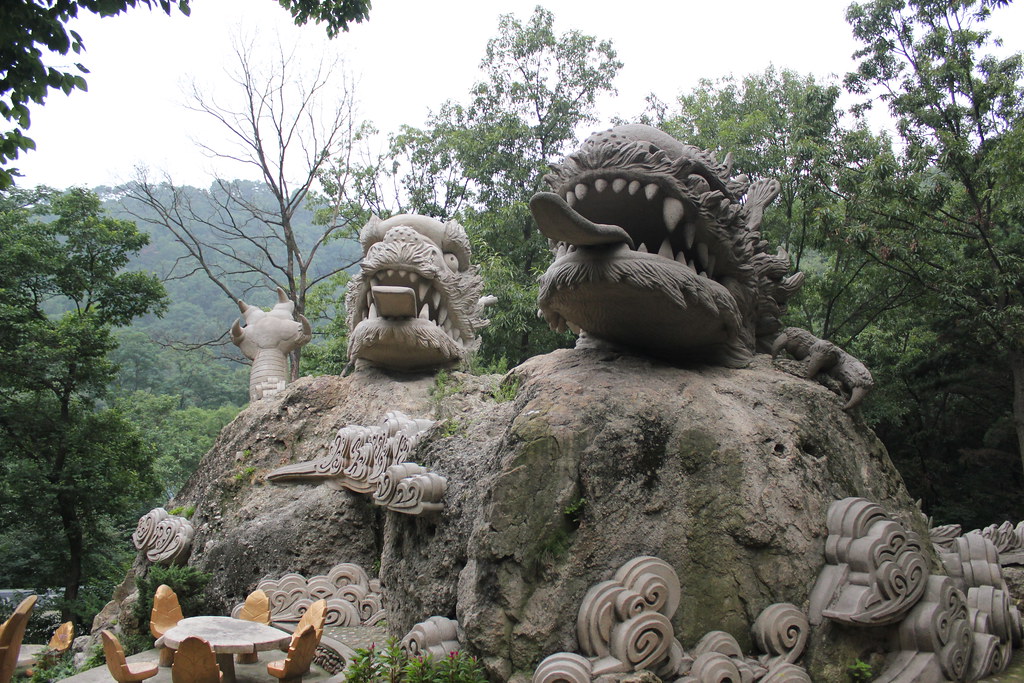 Mount Ryongak ("Dragon Mountain'') is an amazingly beautiful place located very close to Pyongyang. The low mountain (its height is only 292 meters above sea level) resembles the figure of a dragon and has rather steep slopes, and from its peaks a delightful panorama of Pyongyang and its surroundings opens. In addition to magnificent views, the Buddhist temple Popun can be seen on the mountain.

The slopes of the mountain are covered with dense forests of 600 various plants, including the 500-year-old ginkgo tree.

The trail on the mountain, tens of kilometers long, is equipped with gazebos, comfortable staircases, playgrounds and picnic areas that Koreans are very fond of arranging. 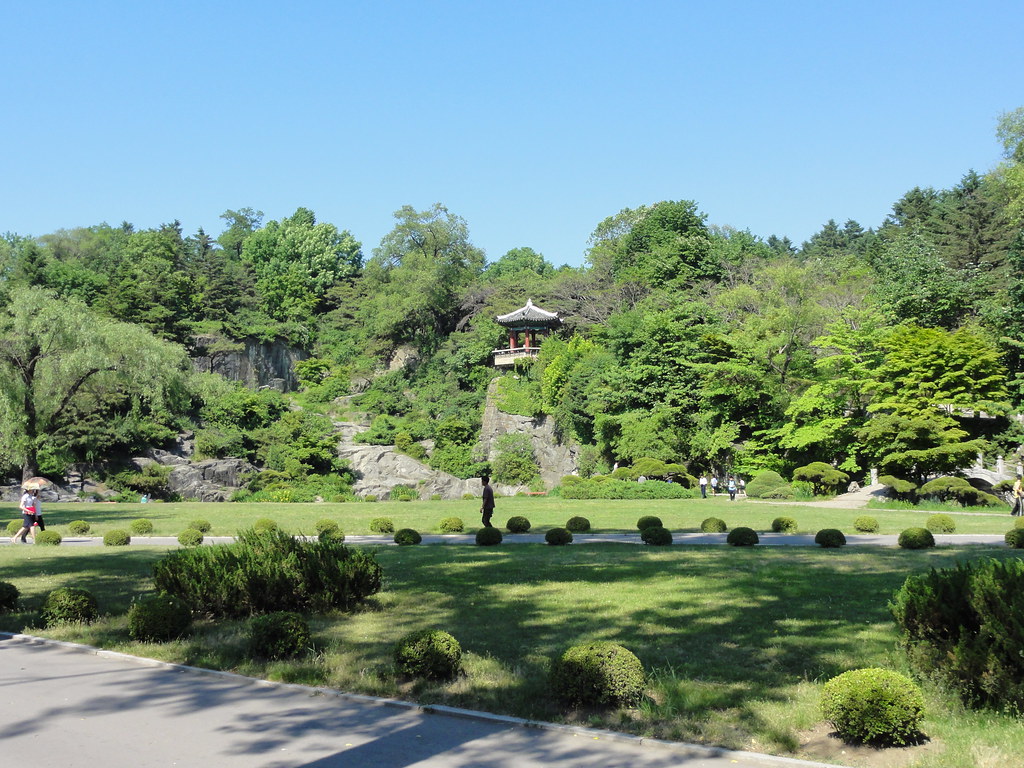 In the central part of Pyongyang, there is the main natural attraction: Moran Hill or Morabong ("Peony Hill" or "Peony Peak"), which is the concentration of outstanding buildings in the capital of North Korea. Moranbong Park is the largest park in the city. On its territory, stretching along the Taedong River, are located:

One of the most favorite recreation places of the capital's residents is equipped with many gazebos, where guests of the city spend their time with pleasure.

Moranbong Park is beautiful at any time of the year, but it is especially magnificent in spring, when azaleas and wild rosemary bloom. 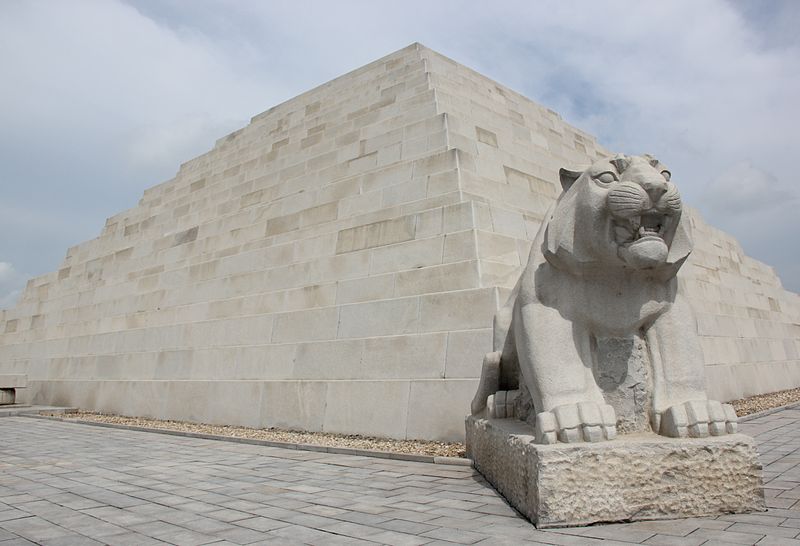 Tangun's Tomb is an ancient burial site on the southeastern slope of Mount Tabaksan near the town of Kandong in the vicinity of Pyongyang. The ancient burial ground is the last resting place of the legendary Tangun, the founder of the first Korean state of Joseon, which has become a symbol of the national spirit for Koreans. The burial complex covers an area of ​​1.8 km² (about 45 hectares) and is divided into three zones:

The Tangun mausoleum is under the protection of the state as a national cultural heritage. 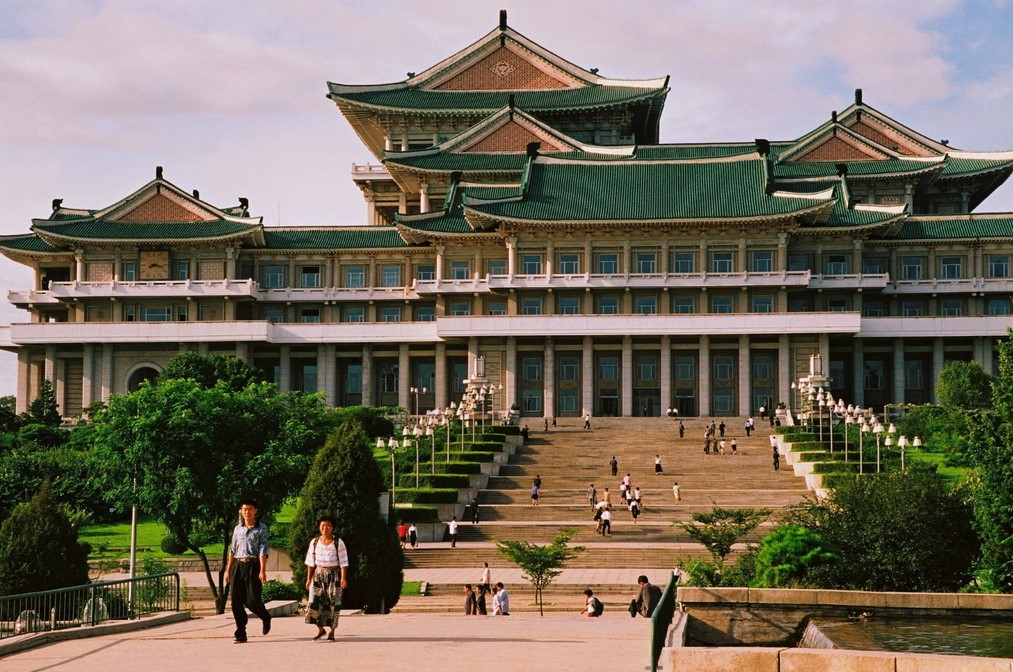 The People's Study Palace is essentially North Korea's national library and the national center for the study of Juche ideas. A huge building in traditional Korean style was built in 1982 on Kim Il Sung Square in the heart of Pyongyang.

On an area of ​​100 thousand square meters, there are more than 600 rooms that can accommodate more than 30 million books.

The National Library has:

On the basis of the library are held:

All services provided by the People's Study Palace are free of charge. The library is ready to receive up to 12 thousand visitors daily. 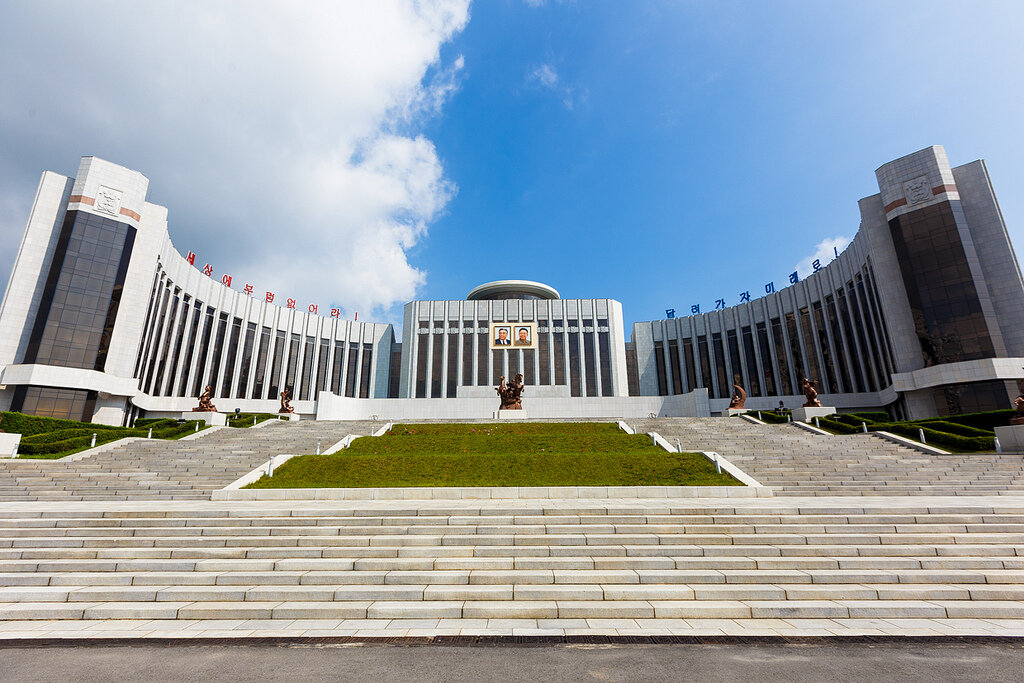 In the north of the Mangyongdae district of Pyongyang, there is the largest schoolchildren's palace in North Korea: the Mangyongdae Children's Palace. The grandiose complex was built in 1989 and includes:

The building covers an area of ​​about 3 thousand square meters. Rooms with unusual and exemplary interiors vividly demonstrate the respectful attitude in North Korea towards the person of art.

In front of the facade of the Palace there is a group sculpture and a beautifully equipped park area.

How to get to Pyongyang: train stations and airports 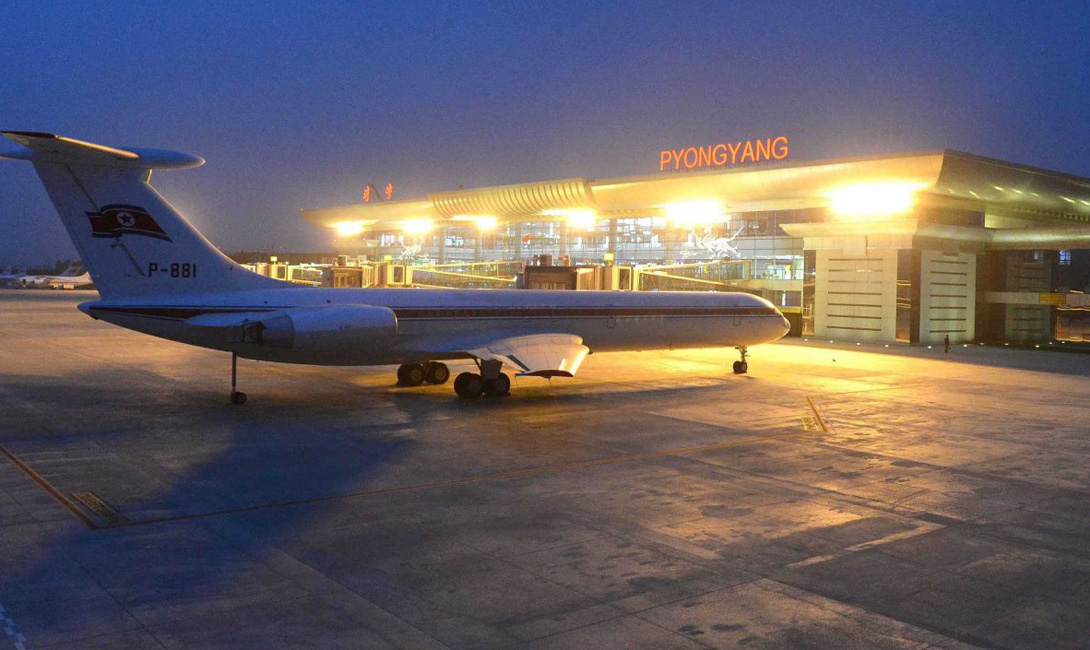 The main airport of the DPRK, located 24 km from the capital of the country. Has 2 runways. It is the main hub of the state-owned national airline Air Koryo.

The central railway station has 3 platforms and 6 tracks. Trains from Moscow arrive at this station, having overcome the longest railway track in the world. 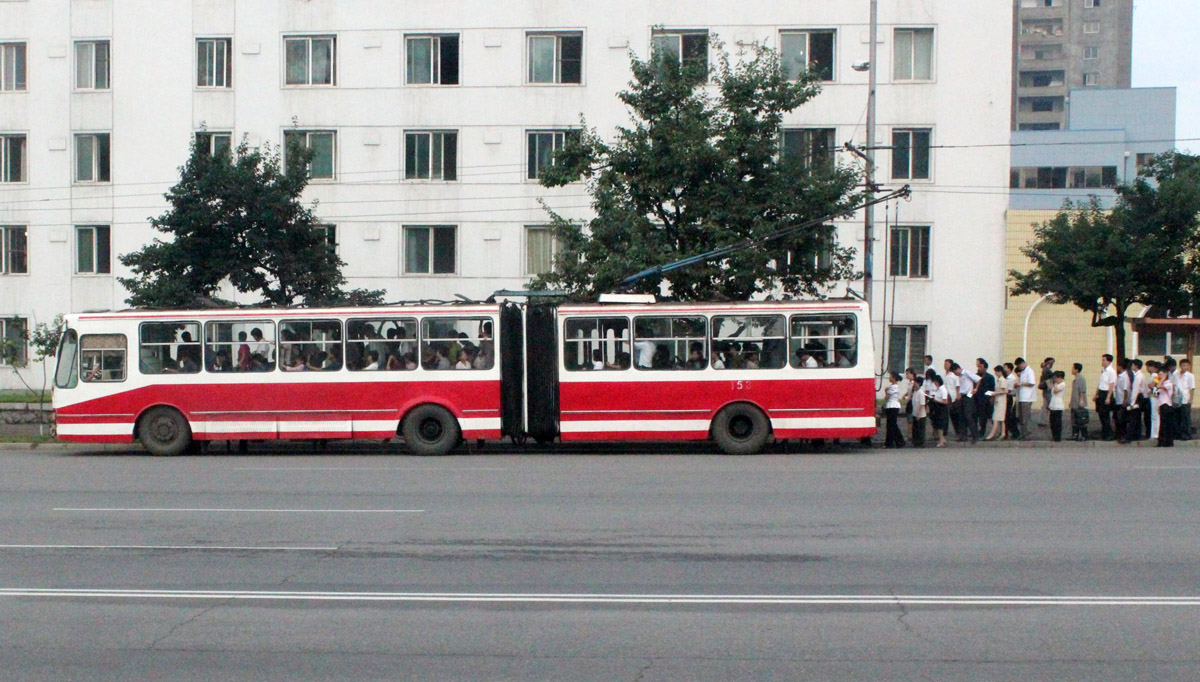 Pyongyang's public transport is represented by:

Due to the almost complete absence of personal transport among city residents and the categorical restriction of fuel, cars began to play a secondary role in road traffic.

The main means of transport in the capital of the DPRK are trolleybuses, which run around the clock at short intervals. Today, Pyongyang's trolleybus network consists of three sections (7 routes in total) that are not connected to each other. Each trolleybus has "stars" drawn, which indicate the mileage of a given unit of the trolleybus fleet (1 star = 50 thousand km).

Trams are the second most popular among local residents. The city is served by 4 tram lines. In general, tram and trolleybus lines complement each other, covering all parts of the city.

Buses are quite rare on Pyongyang's roads and run at much greater intervals than trams and trolleybuses. Most often, buses serve suburban routes, but you can even find double-decker intercity autoliners in the city.

An interesting fact is that passengers line up before boarding public transport. Drivers dominate the roads, and specially established military posts inspect all passing vehicles.

Also, a large role in cargo and passenger transportation is played by water transport on the Taedong River. 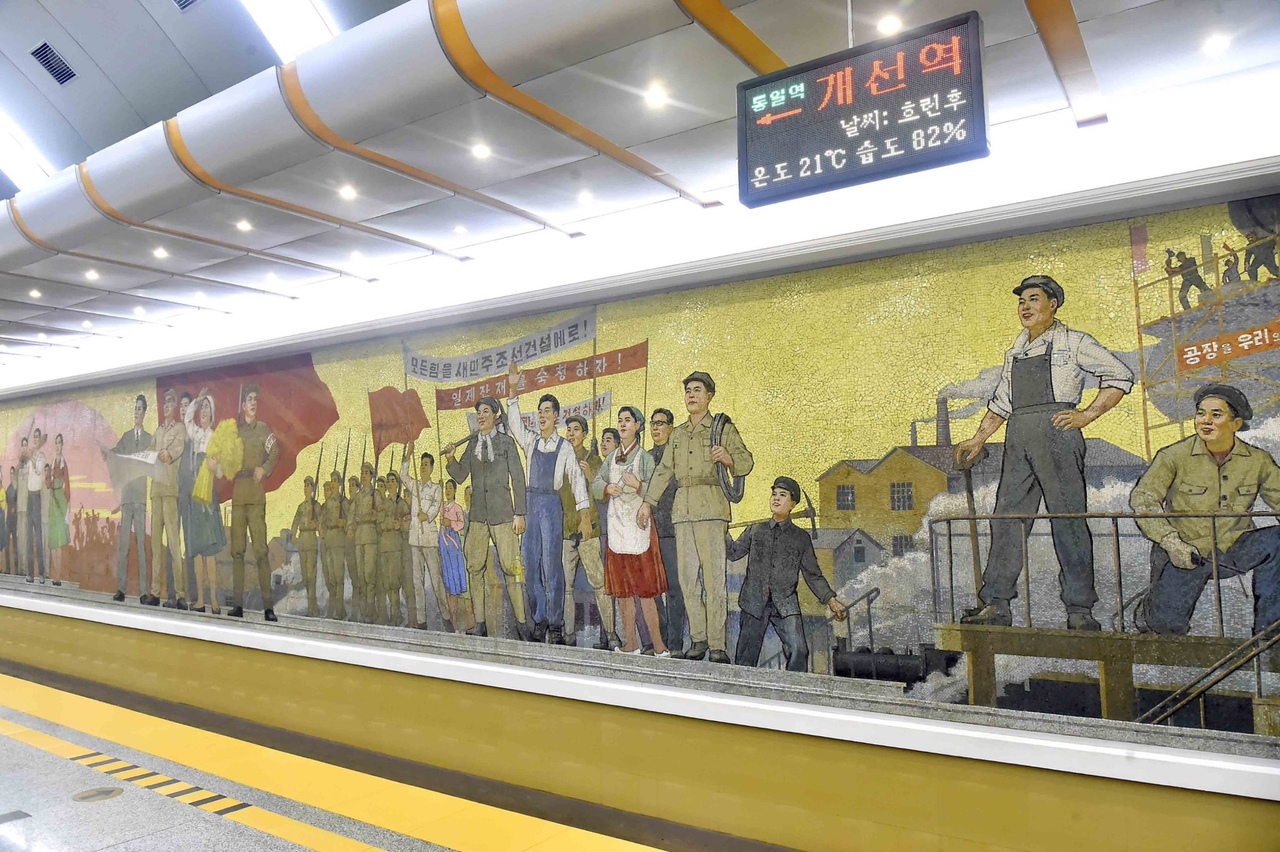 The metro of Pyongyang is one of the deepest systems in the world. The depth of the underground lines reaches 110-120 meters. The first stations of the Pyongyang metro started operating in 1973. Today there are 2 lines for passengers: Chollima and Hexin. The total length is 22.5 km (17 stations). 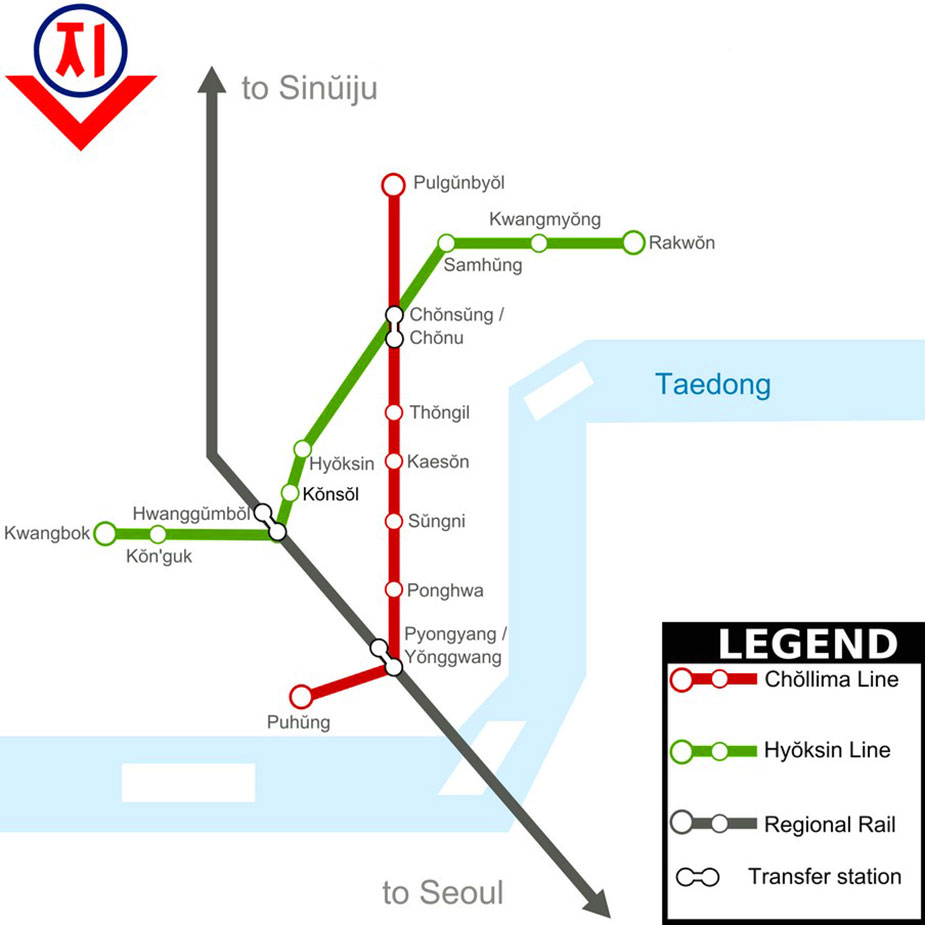 The design of the stations deserves special attention; most of them are made using skillful bas-reliefs, mosaics, marble, and unusual lighting.

The Pyongyang Metro is considered the cheapest subway in the world: the trip costs only 4 cents.

The Pyongyang Metro Museum has been opened not far from the Triumph station, where you can immerse yourself in the history of the capital's metro development.

The daily passenger traffic is about 100 thousand people. 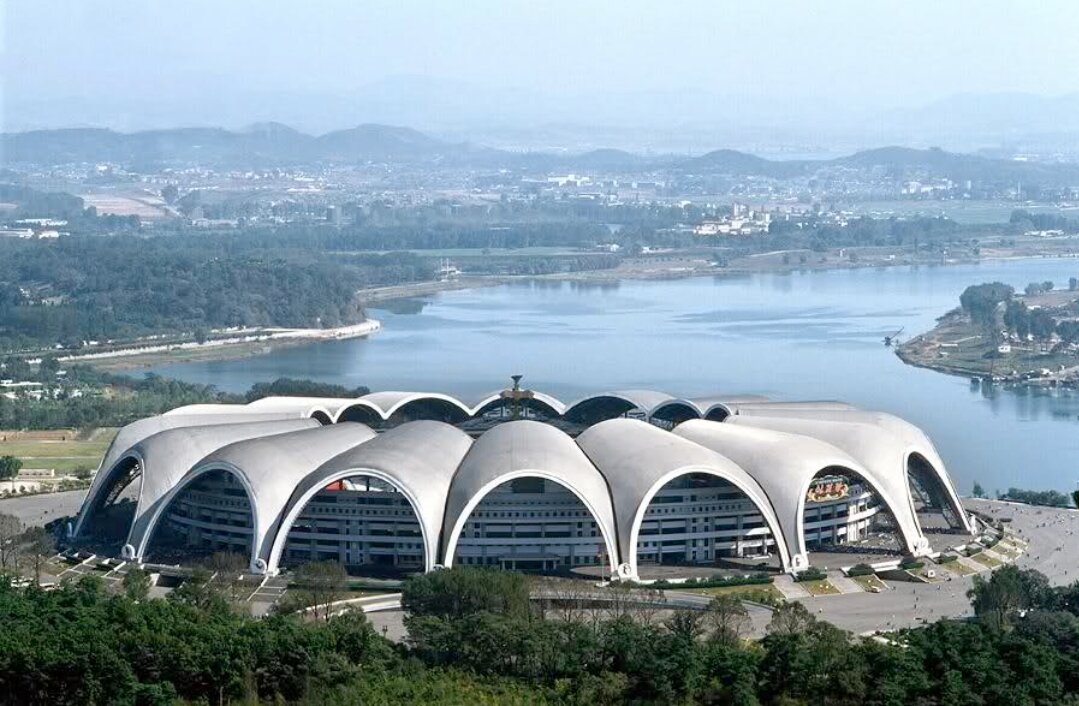 A multifunctional stadium was built in 1998 on the Taedong River on Nunnado Island, formed by river sand and gravel deposits (an area of ​​about 1.3 square kilometers). The stadium is named in honor of the Day of Workers' Solidarity on May 1st. It is the largest stadium in Asia and the second largest stadium in the world in terms of capacity. The May Day stadium is designed for 114 thousand seats, and today it is the largest sports ground operating as a stadium in the world. Has an area of ​​207 thousand m2.

The stadium buildings are striking in their scale and futuristic architectural solutions:

The sports complex is equipped with:

The main annual event that takes place at the 1st of May Stadium. The Arirang Mass Festival is dedicated to the Juche idea. This massive musical and gymnastic performance in 2007 was included in the Guinness Book of Records as the most massive show in the world. In addition, the stadium hosts home football matches and other events.