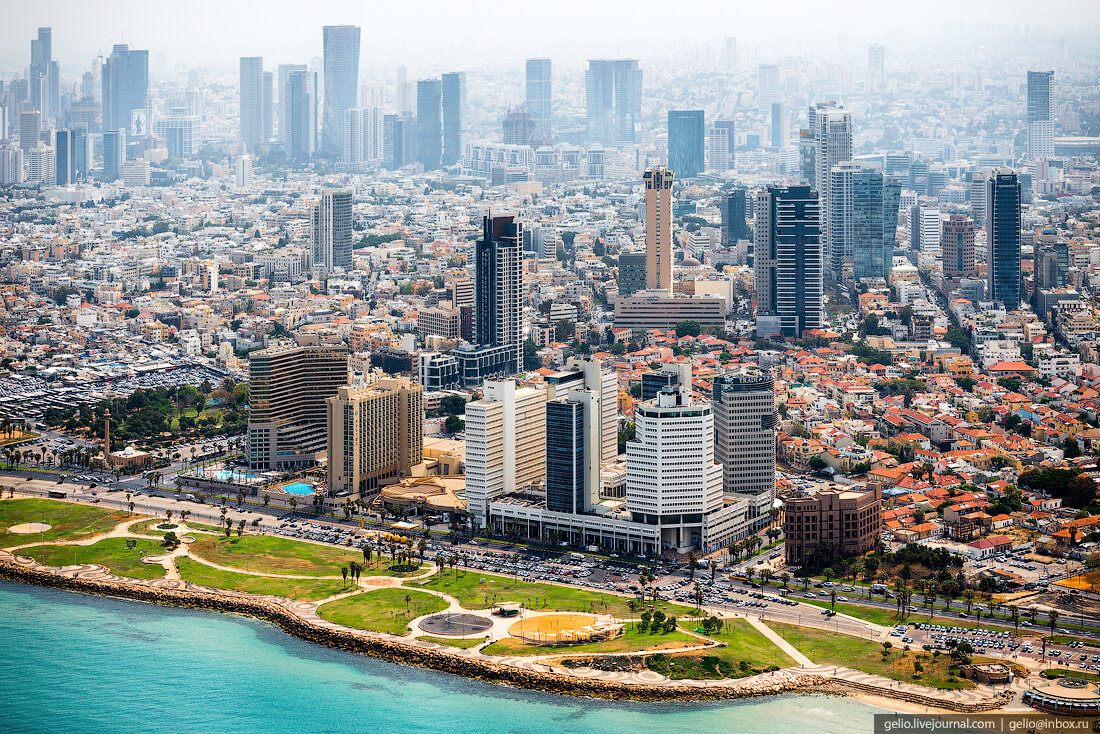 Tel Aviv-Jaffa is the second most populated city in Israel. More than 460 thousand people (more than 90% are Jews) currently live in a metropolis with an area of 70 km². The city is located in the central part of the country on the eastern coast of the Mediterranean Sea.

As a united city municipality, it was formed in 1950 by the merger of the ancient city of Jaffa and the young town of Tel Aviv, originally founded in 1909 as a Jewish suburb of Jaffa, 65 km northwest of Jerusalem.

528 millimeters of precipitation falls annually in the form of rain (mostly between November and March).

The most interesting sights of Tel Aviv

The old city of Jaffa is a place with an incredibly rich history. Many myths and legends are associated with this city, and its stone walls have witnessed a variety of historical events. Jaffa has been an important port for thousands of years. Built among the rocks that form a natural harbor, the city is the southernmost suburb of Tel Aviv.

Archaeological finds prove the presence of human settlements in this area since 7500 BC, and the approximate foundation of the urban settlement dates back to no later than 1800 BC.

Jaffa is an important tourist and artistic center of Tel Aviv, hosting tourists from all over the world. Every year, thousands of people come to touch the age-old secrets of the ancient city.

A beautiful architectural monument with a unique atmosphere of ancient narrow cobbled streets with carved gates has become a favorite place for recreation for local residents. One of the oldest ports in the world is the central attraction of Jaffa. Here you can make an unforgettable boat trip.

Jaffa is included in the list of the oldest cities that were continuously inhabited. Today, the city is inhabited by about. Most of them are creative people: artists, sculptors, artisans.

Almost every house has: 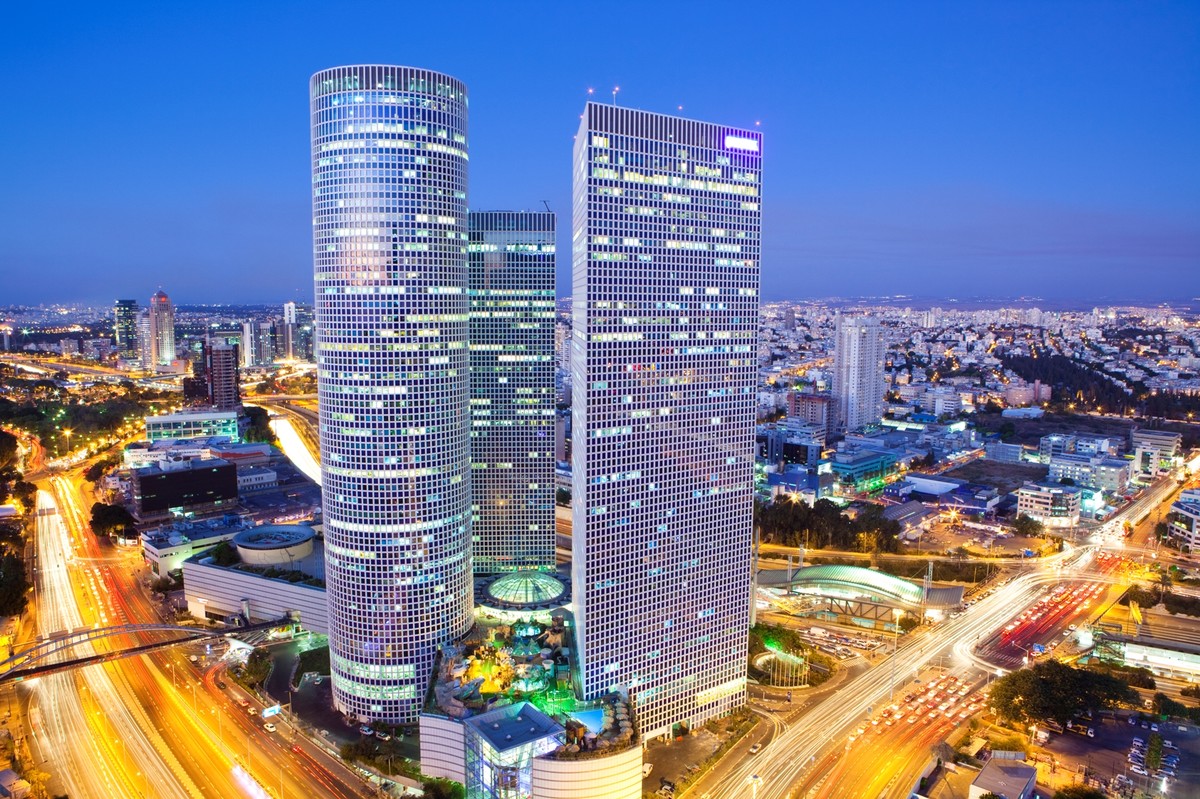 The modern unique architectural complex ‘Azrieli Center’ is located in the very center of Tel Aviv. The complex consists of three geometric skyscraper towers and a shopping center:

The most popular place is the country's highest closed observation deck: Azrieli Observatory. It is located on the 49th floor of the Round Tower, offering visitors a magnificent panorama of the city.

All buildings of the complex are made of glass and steel.

In the center of the business center of Tel Aviv there is a unique building - the Great Synagogue, which was built in 1926.

The building was designed by Yehuda Magidovich in the modernist style of concrete, glass and steel. Strict facades, a large dome, impressive stained-glass windows, specially made lamps. In the 1930s, the temple was supplemented with wide staircases, and in the 1970s, it was surrounded by concrete columns and the interior was changed. The entrance to the active shrine is decorated with the image of musical instruments.

The Great Synagogue receives more and more tourists every day, but still has not lost its significance for the prayers of believers. 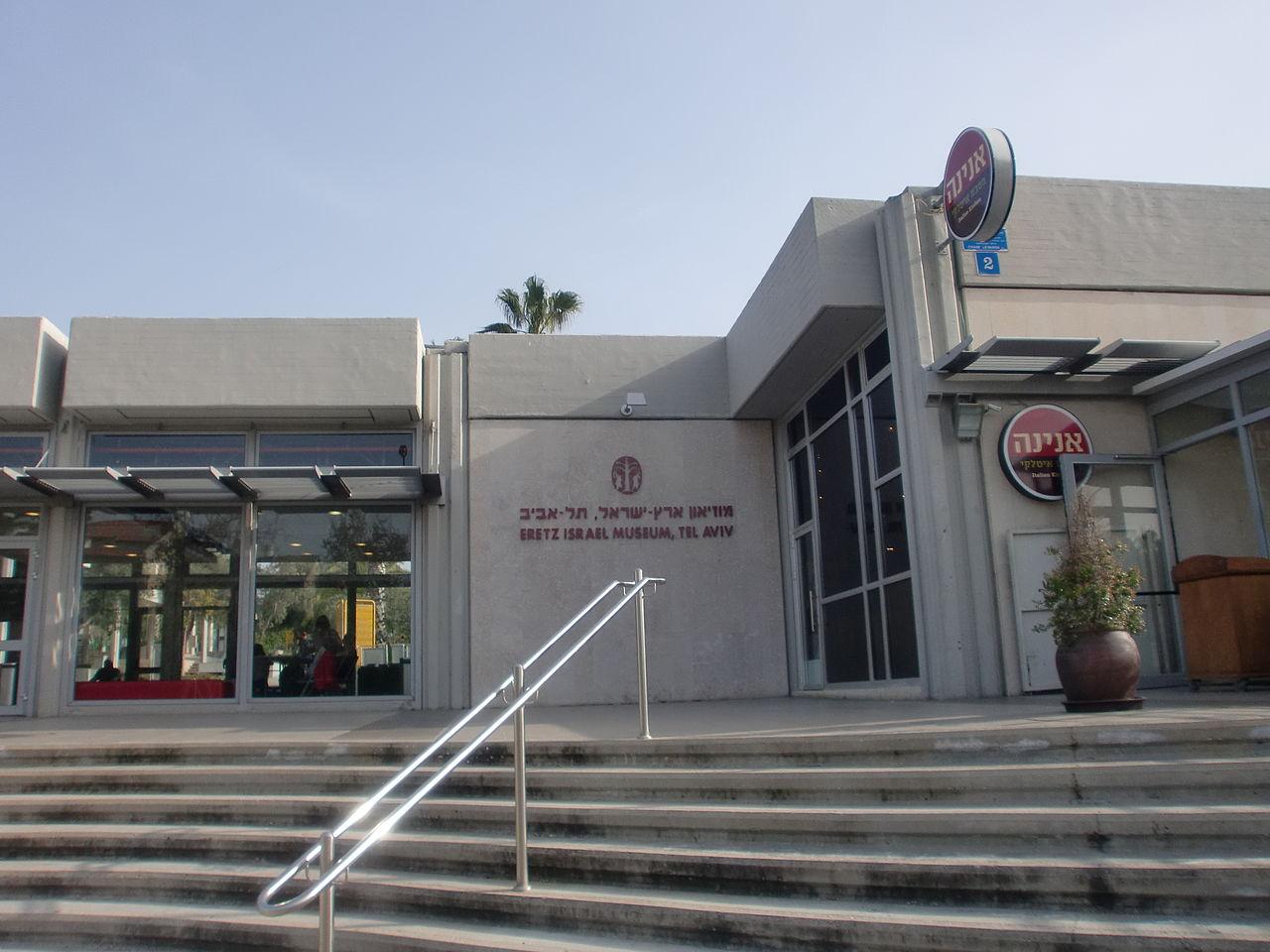 The historical and archaeological Museum of Eretz Israel is the largest museum of the history, culture and crafts of Israel built on a hill from which a magnificent panorama of Tel Aviv opens. Opened in 1958.

The exhibits are located in different thematic pavilions. About 15 buildings are located on an area of ​​about 8 hectares.

Symposiums, seminars, and lectures are constantly held on the basis of the museum, in addition to permanent and temporary exhibitions and expositions.

The scientific and historical landmark of the Land of Israel takes you on an unforgettable journey into the past and present of Israel. 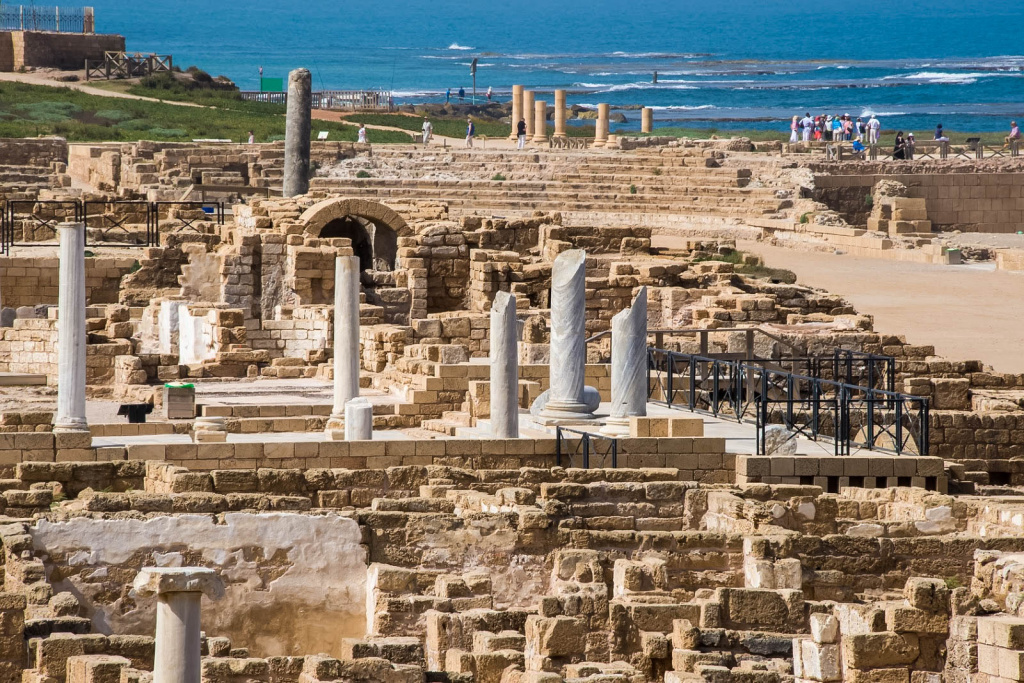 A 45-minute drive from Tel Aviv to Haifa is the unusual Caesarea National Park: Israel's most visited attraction. Today, the ancient city of Caesarea with a unique history is a partially submerged open-air museum.

The national park is replete with historical sights, a variety of entertainment for tourists and developed infrastructure:

And at present, active archaeological excavations continue to be carried out in Caesarea, revealing all the new secrets of the Israeli land.

How to get to Tel Aviv: train stations and airports 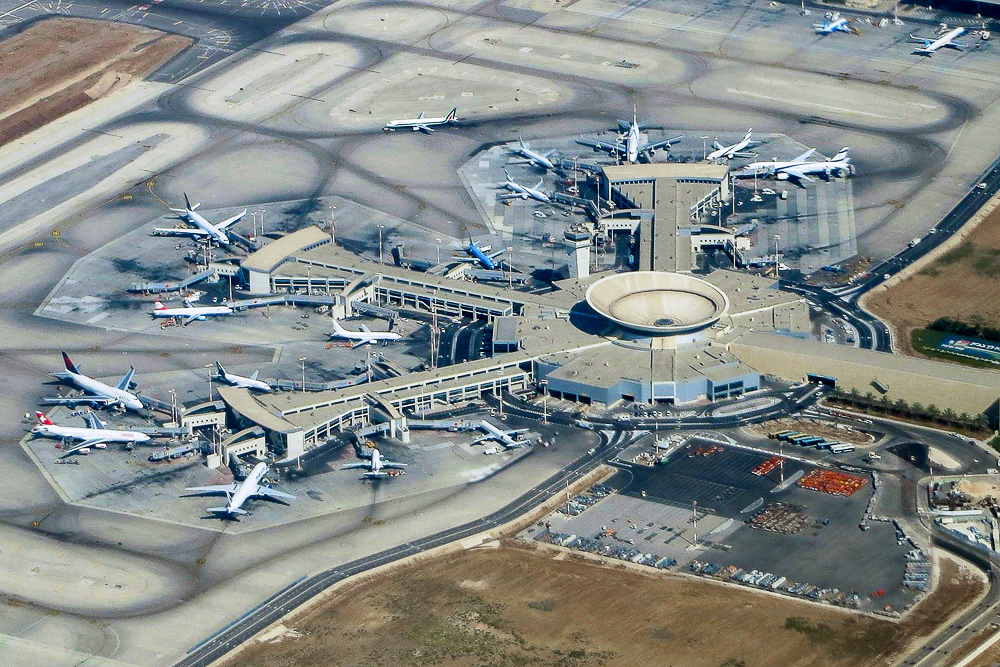 The country's main airport. Located on the outskirts of the city of Lod, 14 km southeast of Tel Aviv. Ranks first in terms of workload. Passenger turnover is about 25 million people per year. Included in the TOP-5 of the best airports in Central Asia in terms of safety and passenger satisfaction. 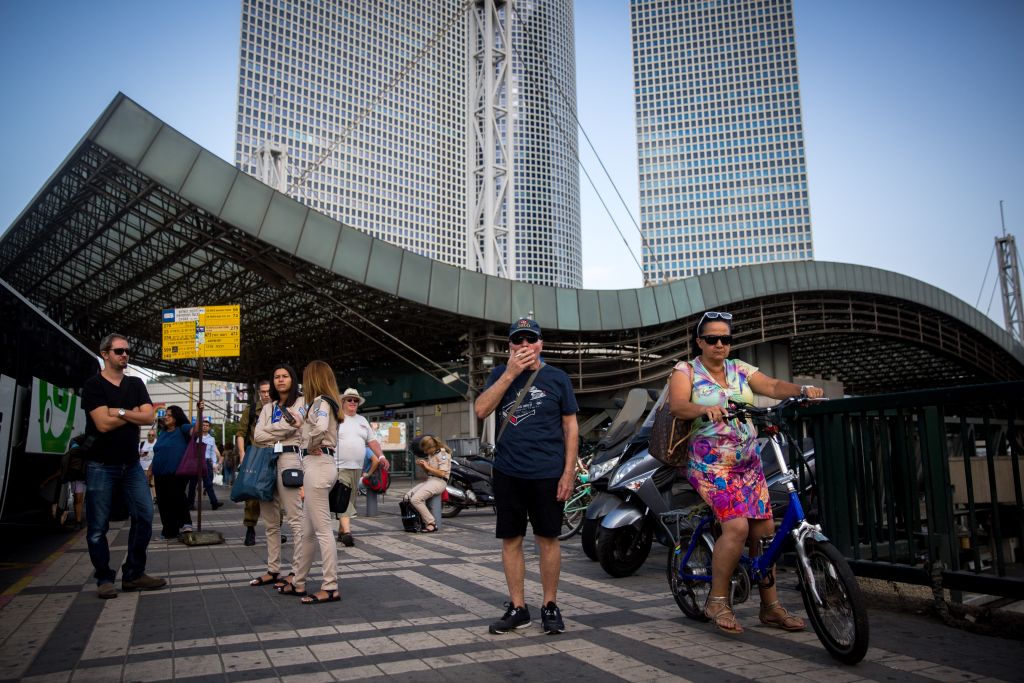 The largest railway station in the country in terms of passenger traffic (more than 15 million people). Located on the Ayalon railway near the city's commercial center in Tel Aviv and the Kirya military base. It has 2 terminals, 2 platforms and 3 tracks.

The second busiest railway station in the country. It is located in the middle of the Ayalon highway at the Arlozorov interchange. Passenger traffic is about 13 million people/year. Equipped with 3 island platforms and 6 tracks.

Tel Aviv's largest transportation hub, serves most of the Israel Railways lines. Passenger traffic is more than 6.5 million people. It ranks third in terms of congestion in the country. Equipped with 5 platforms. 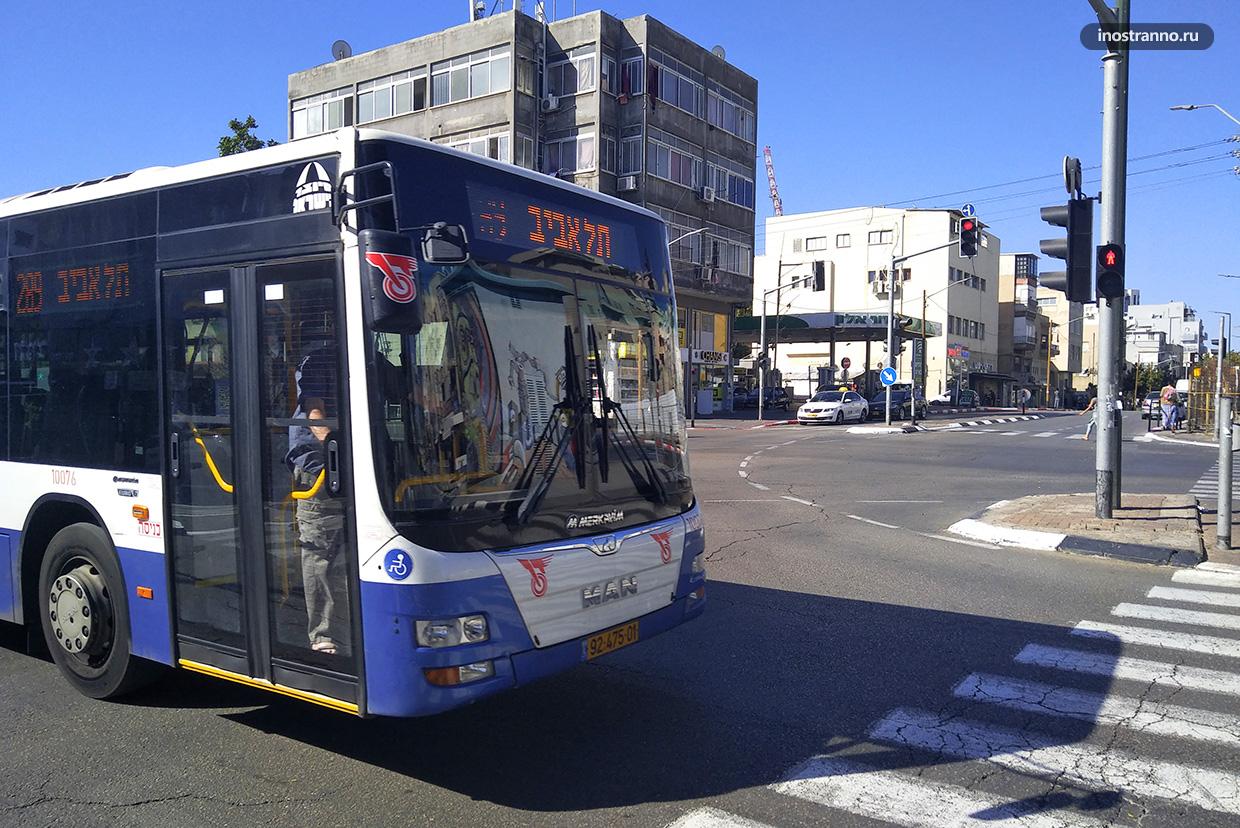 The high-tech city of Tel Aviv has a very developed public transport network with big plans and prospects.

The most convenient and, accordingly, the most common is bus transport. The main management of urban transport is carried out by the Dan cooperative, which is the second largest in the country. City routes of the companies ‘Egged’ and ‘Kavim’ serve routes to the suburbs of Tel Aviv.

In addition, the city is served by:

The most important highway ‘Ayalon’ (highway number 20) passes through the eastern part of Tel Aviv and has 7 major interchanges within the city.

Work is currently underway to lay the first line of the Tel Aviv light rail system.

Tourists are advised to consider renting a car (Eldan is the most reliable and largest car rental company). 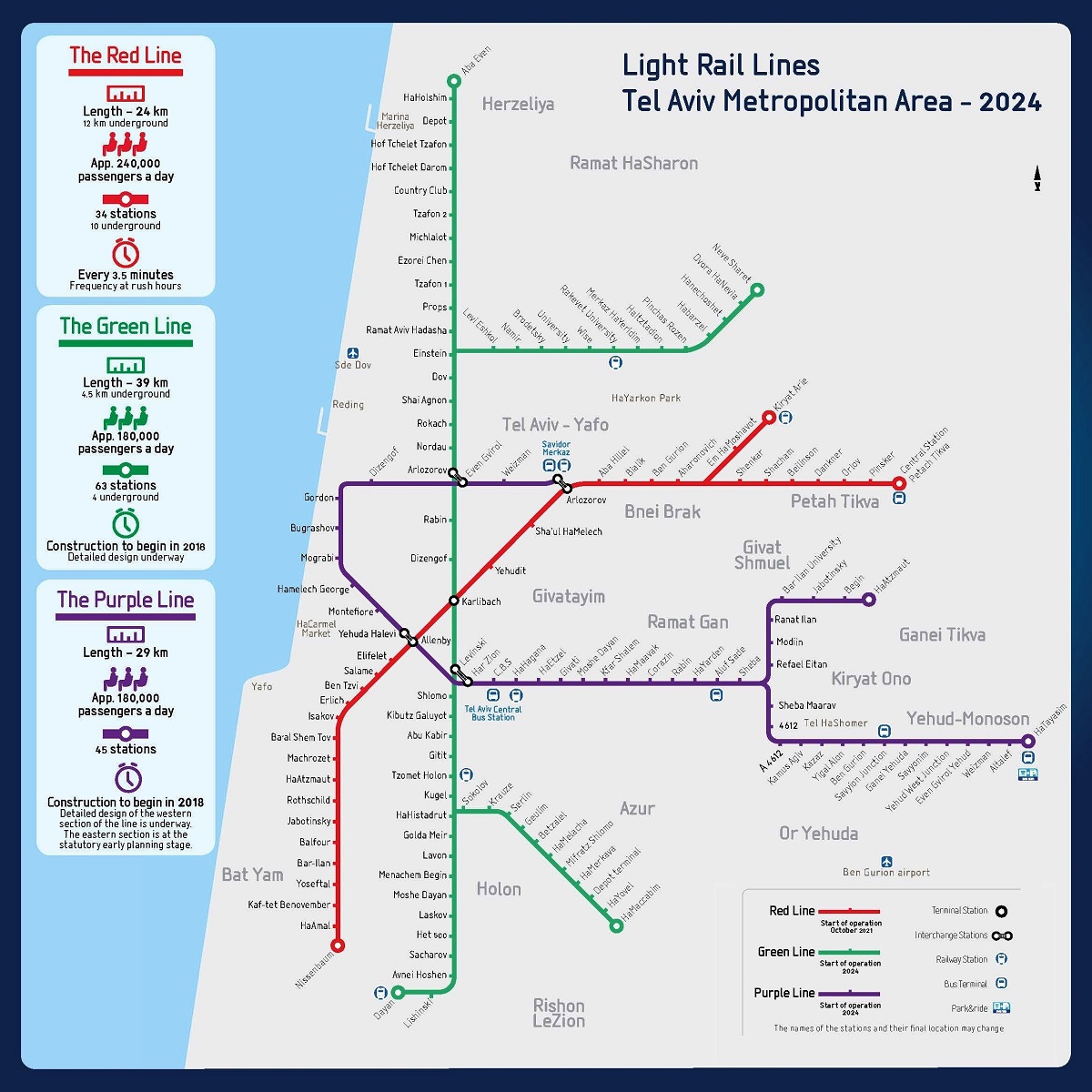 Israel's National Infrastructure Committee approved the route plans for three metro lines in Tel Aviv in 2019, the construction of which is scheduled for 2024-2026. 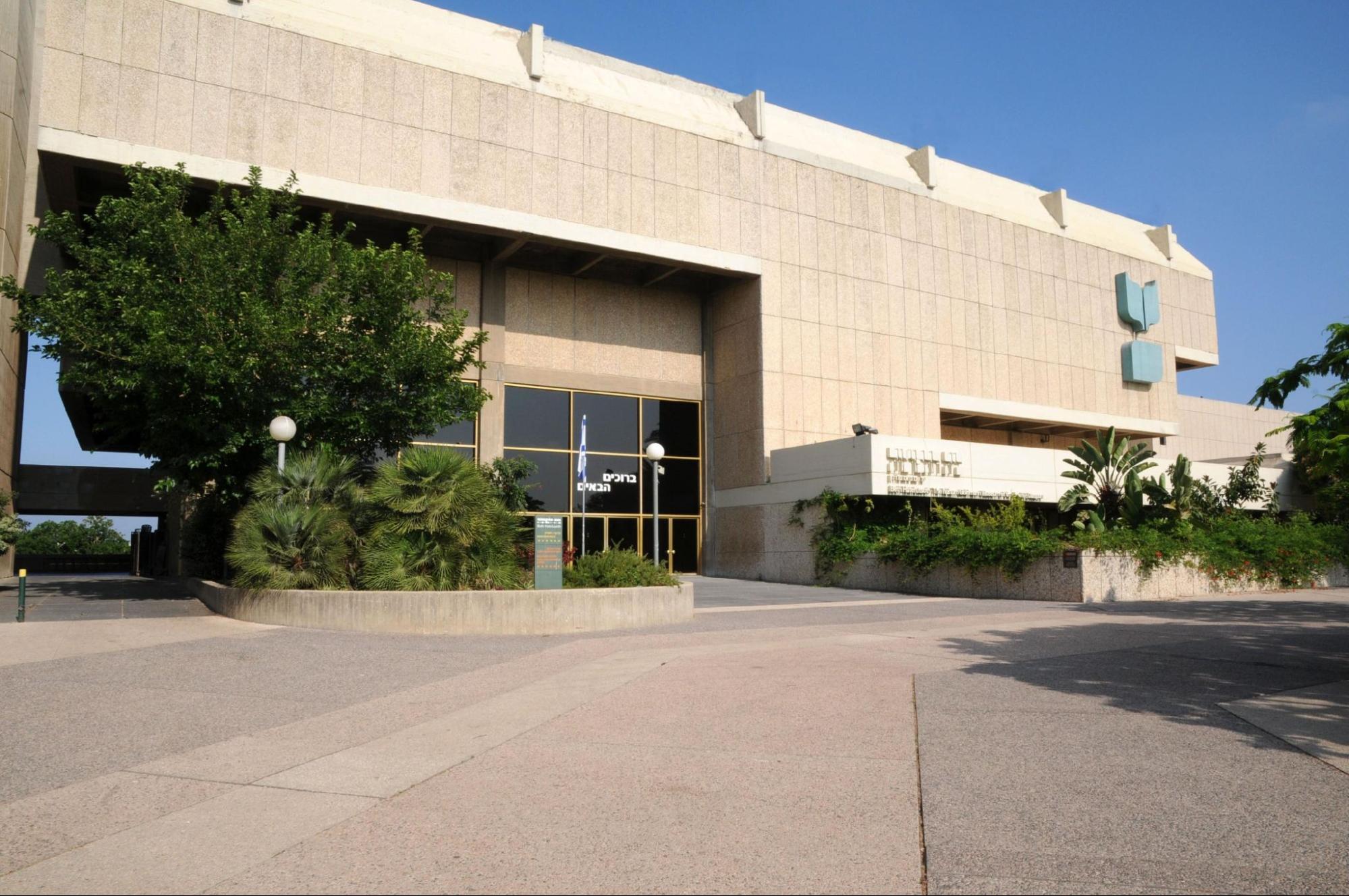 The Museum of the Jewish People (ANU), opened in 1978, is located in the green garden of the Tel Aviv University campus.

All exhibits of the museum, which store the centuries-old history of the Jewish people, are located on an area of ​​​​about 6.7 thousand m2 and occupy three floors:

The Koret International School for the Study of the Jewish People (ISJPS) operates on the basis of the museum.

Databases available to every visitor have been created: