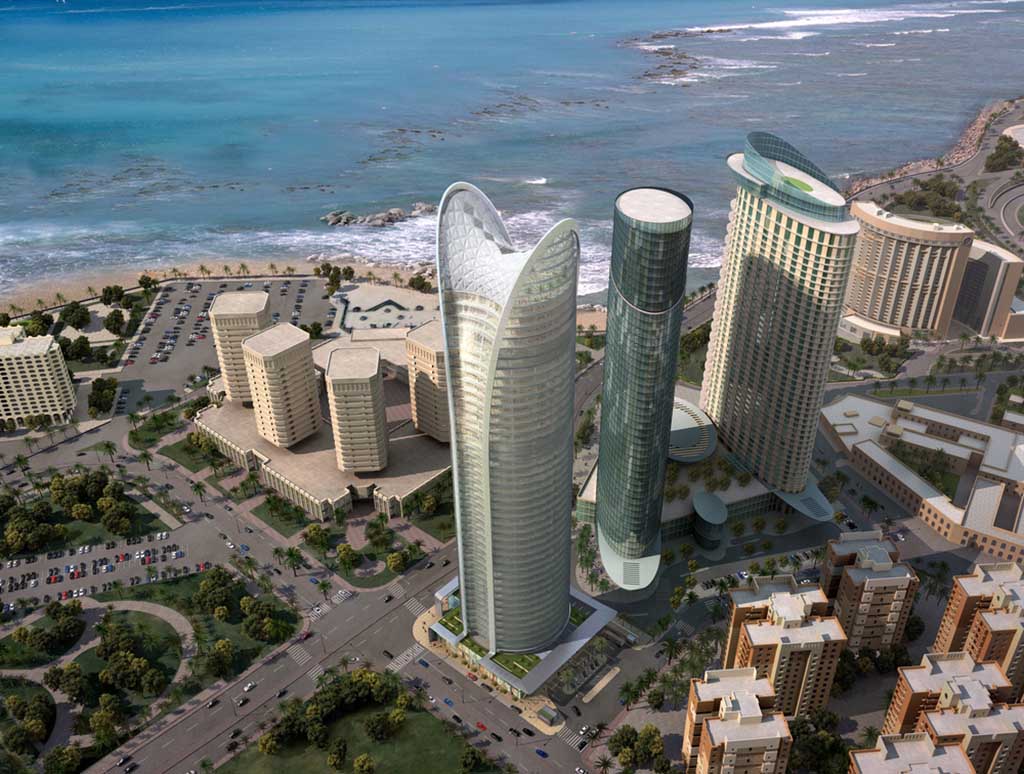 Tripoli is one of the oldest cities in the world (Greek ‘Three cities’, formerly Arab. Tarabulus). Located in the north-west of Libya, on the rocky coast of the Mediterranean bay. Founded in the 7th century BC on the site of the settlement of the Phoenicians, today it is the largest city with an area of ​​400 km² and a population of 1.78 million inhabitants. Most of the city's population are Libyan Arabs.

Tripoli is the capital of Libya, as well as the main seaport, the most important economic, commercial, educational and industrial center of the country.

The city is divided into two parts:

Beach holidays in Tripoli are not developed.

As in the whole country, there is an absolute ban on the consumption of alcohol in the capital, for the violation of which there is a serious punishment, up to a prison term.

Tripoli climate and weather for today

The climate in Tripoli is semi-arid. This is a typical Mediterranean climate, which is characterized by:

Favorable months for tourist trips with mild and comfortable weather: November - March, and for a beach holiday in hot weather - from June to October.

The most interesting sights of Tripoli 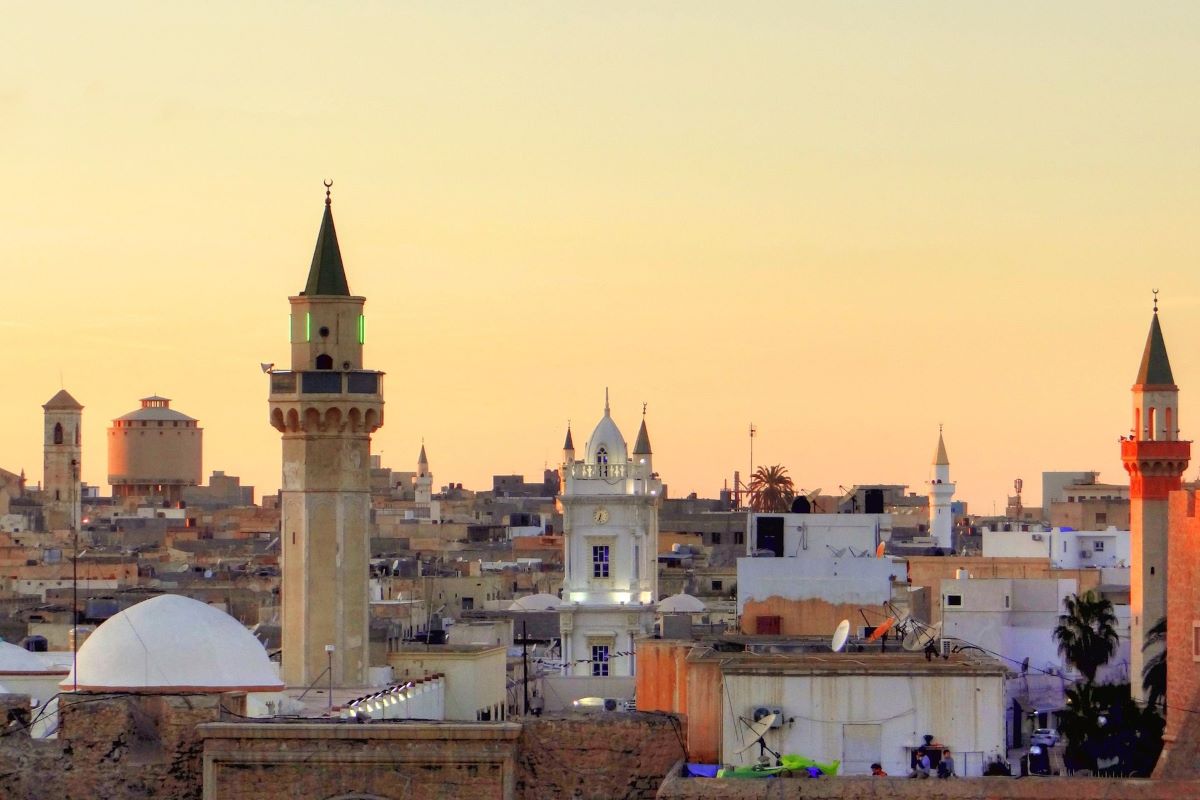 The old city of Tripoli (Medina) is the heart of the capital of Libya. This open-air museum is located on the rocks of the Mediterranean coast and annually receives thousands of tourists on its territory.

The fortress walls of the Old City were laid back in the Roman period, and the construction of the wall from the sea dates back to the 13th century. Conventionally, Medina is divided into two parts:

The entire territory of the Old City is surrounded by fortress walls, inside which you can go through the northern (Bab Al-Bahr), western (Bab Zanata) and southern gates (Bab Khawara).

The ancient center of Tripoli retains the entire palette and flavor of the Arab East: 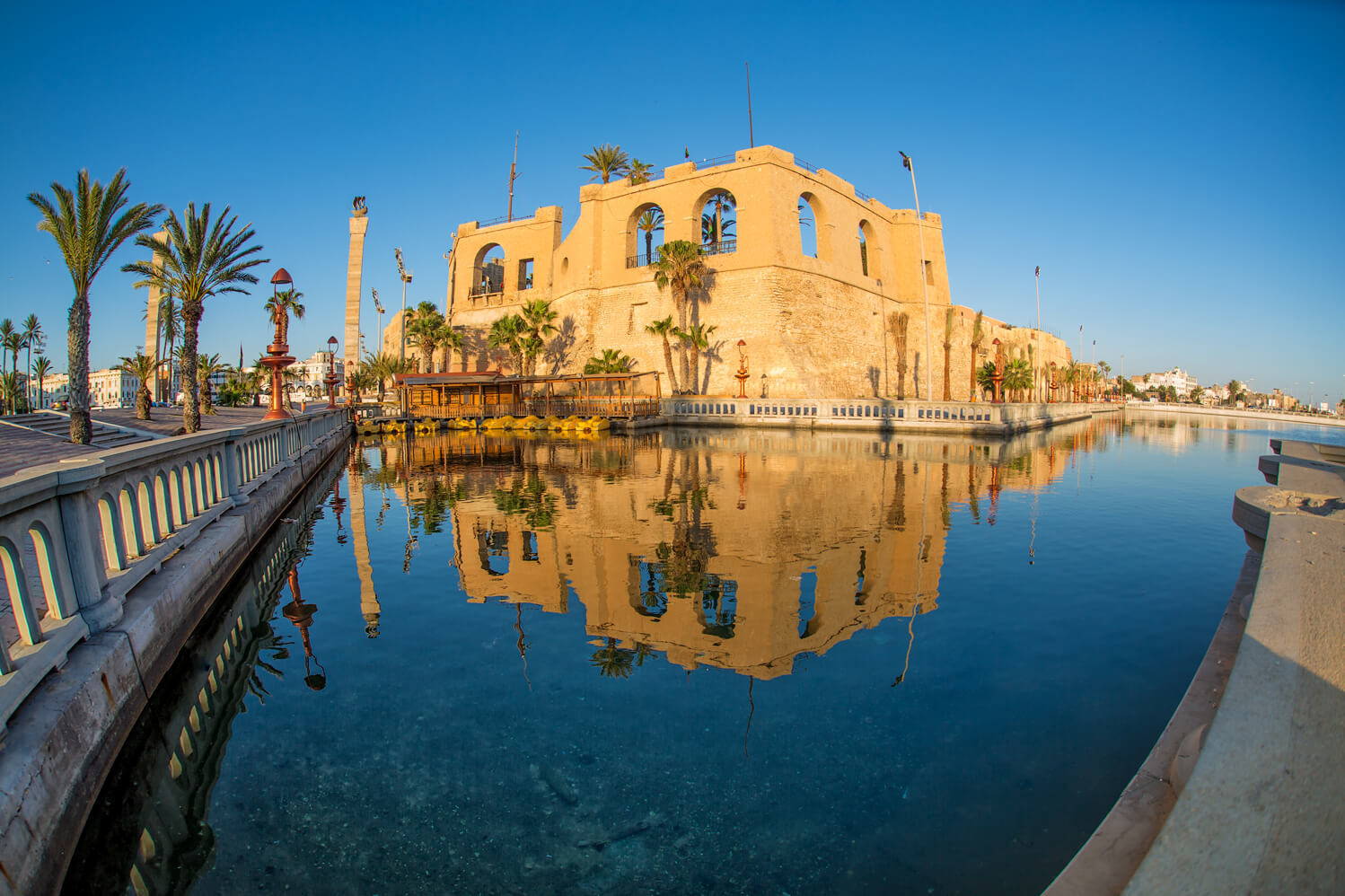 The Red Castle Museum Complex is one of the most significant and interesting historical monuments of Tripoli.

The fortress of Kasba-as-Saray-al-Hamra (Red Palace) is located on the northern cape on the shore of Lake Saraya and covers an area of ​​13 thousand m².

The impressive building has witnessed and keeps the memory of many important historical events. In different historical periods, the Red Palace performed different functions:

The complex is a labyrinth network of lanes, streets and courtyards. There are buildings inside the castle walls.

The museum was established jointly with UNESCO in 1919 and closed in 2015. And since 1952, the Department of Archeology of Libya has been located on the territory of the Red Palace. 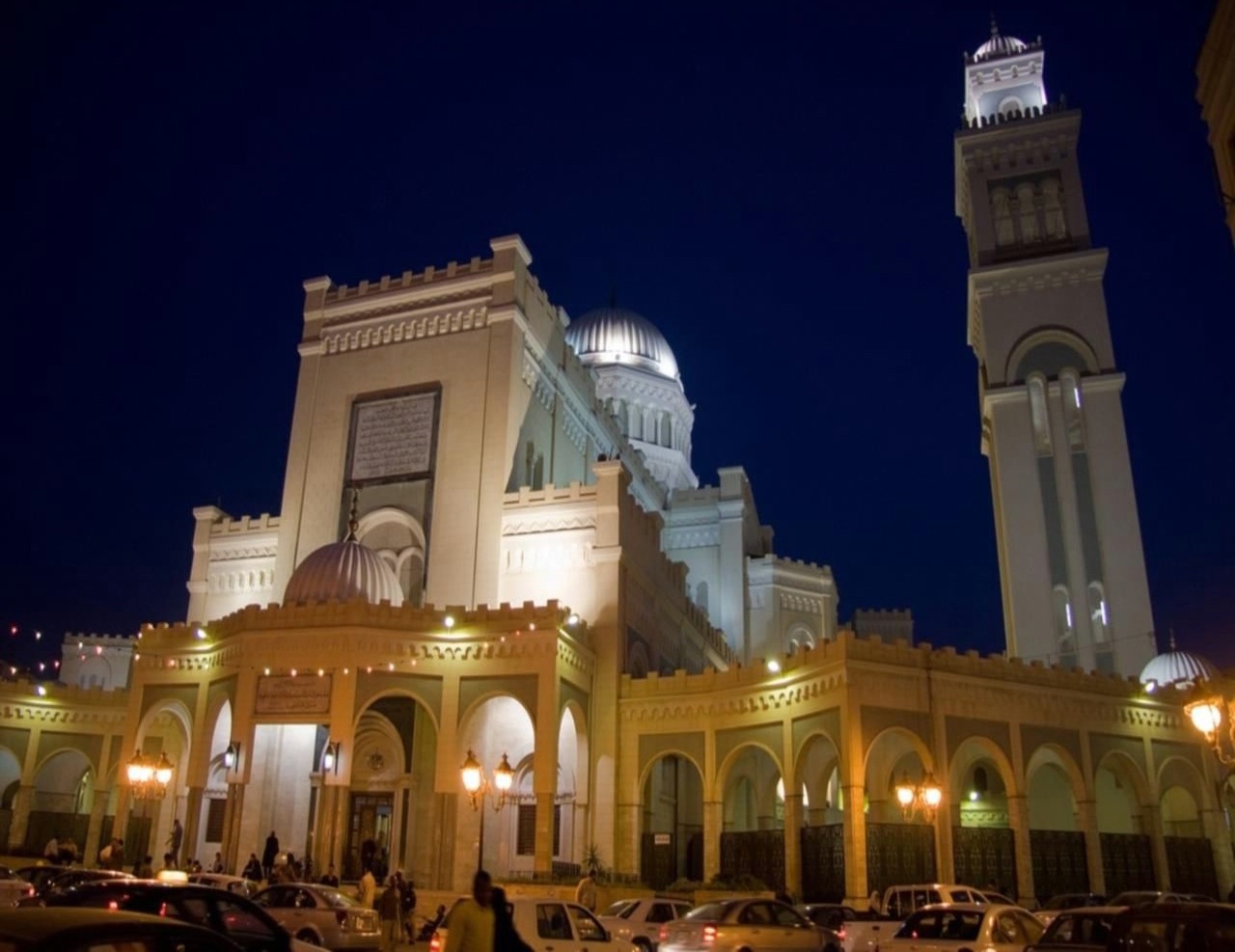 The Cathedral Mosque of Al Jami is the oldest and largest mosque in Tripoli built in 1640, and is a place of reverence among the Libyans.

The amazing architecture of the mosque annually attracts numerous tourists from all over the world, among whom there are many architects. The oriental flavor of this work of architectural art is emphasized by: 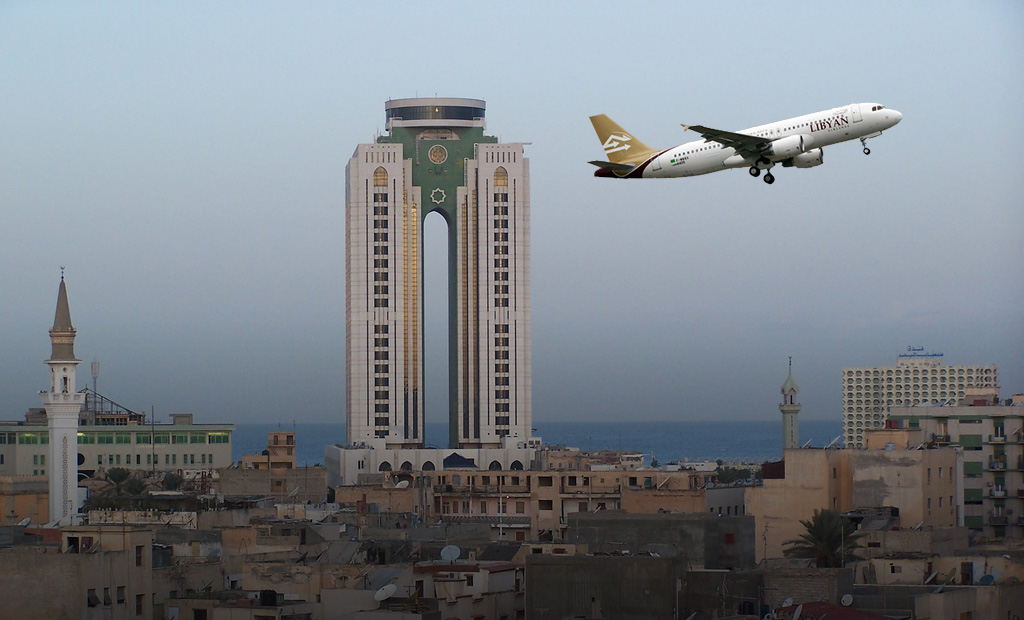 The Tripoli Tower is located in the business district of the capital city. The official opening of the architectural masterpiece took place in 2003.

A huge skyscraper with a total area of ​​70,000 m² rises majestically 120 meters above the ground. 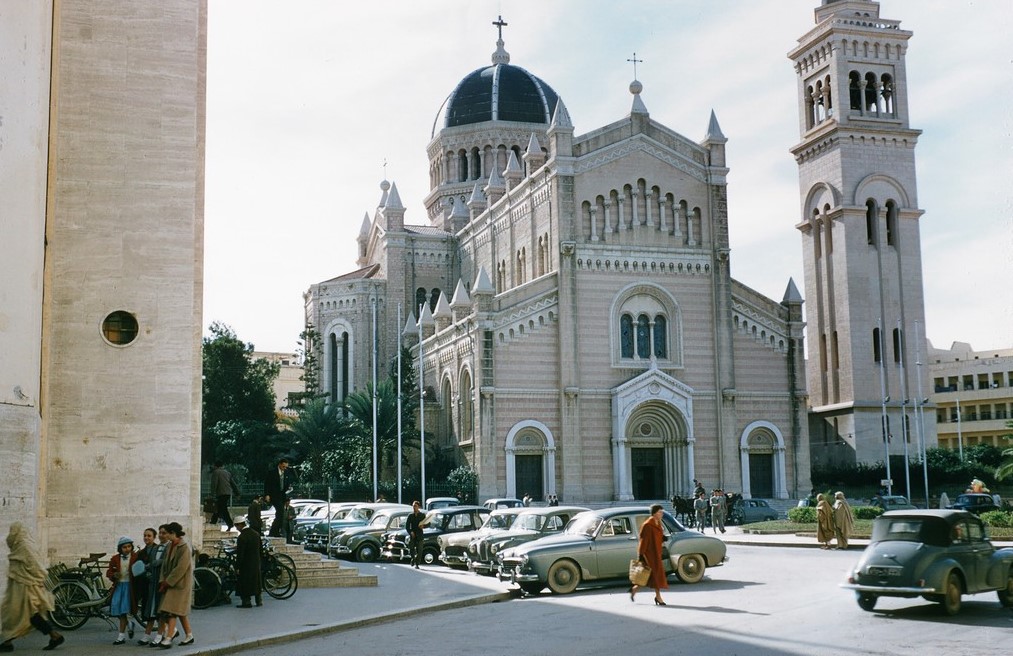 Tripoli Cathedral is the second Roman Catholic church in the Libyan capital, built in 1928. The building is made in the Romanesque style and decorated in the Renaissance style: Venetian patterns, engravings and sculptures. 60 meters high with a wide painted dome. During 5 years of construction, a basilica with a majestic white facade, a high bell tower with a pointed roof and an almost five-meter cross were erected. But since 1970, during the reign of Muammar Gaddafi, the cathedral was converted into a mosque, and its facade and interior have undergone major changes.

How to get to Tripoli: train stations and airports

Located 29 km from the city center of Tripoli. Since 2017, it has been open for commercial use. Previously, it was the largest transport hub for the country's major airlines. Passenger turnover: over 3 million people.

There is no railway in Tripoli yet.

The public transport network in the capital of Libya is rather poorly developed. There are practically no bus routes in Tripoli, and affordable mini-buses (route taxis) act as public transport.

Cars are used as the main means of transportation in the capital. 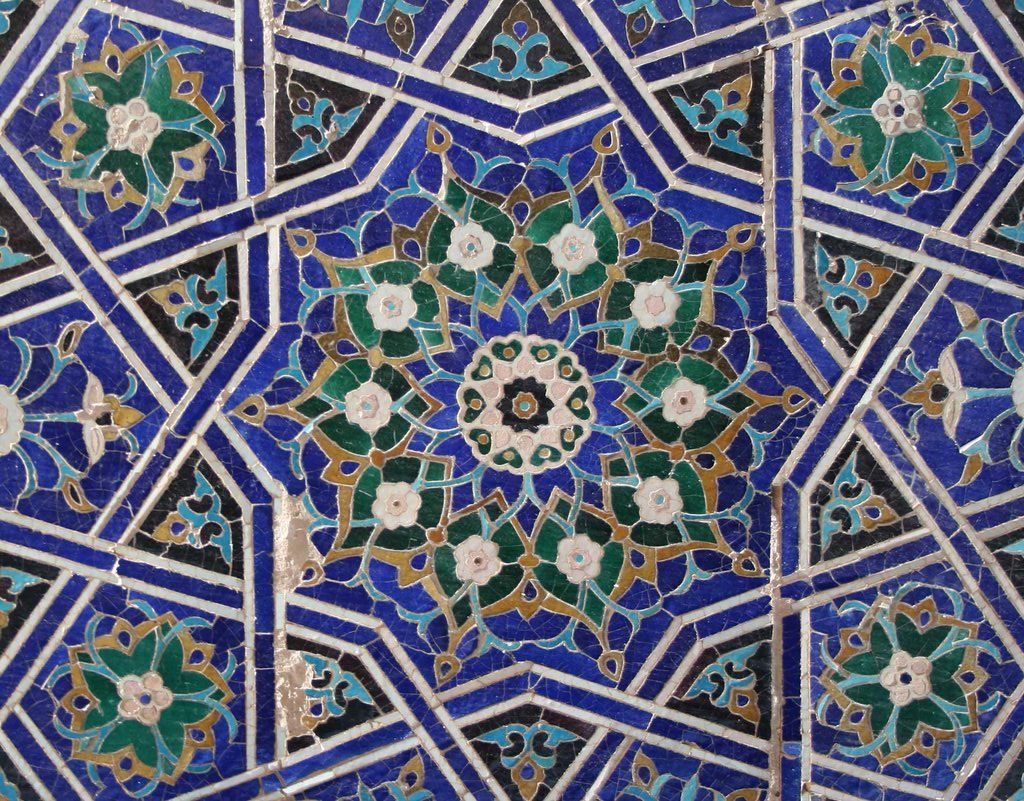 The Museum of Islam in Tripoli was founded with the support of Saif al-Islam Gaddafi (a Libyan politician and the second son of Muammar Gaddafi), and is a repository of rare and exclusive exhibits that tell the development of Islam from its inception to the present day.

The museum is housed in a 19th century building of great cultural and historical significance. The building was built in the style of Venetian villas. Numerous reconstructions are aimed at restoring and preserving the building, which is unique in terms of mixing architectural styles.