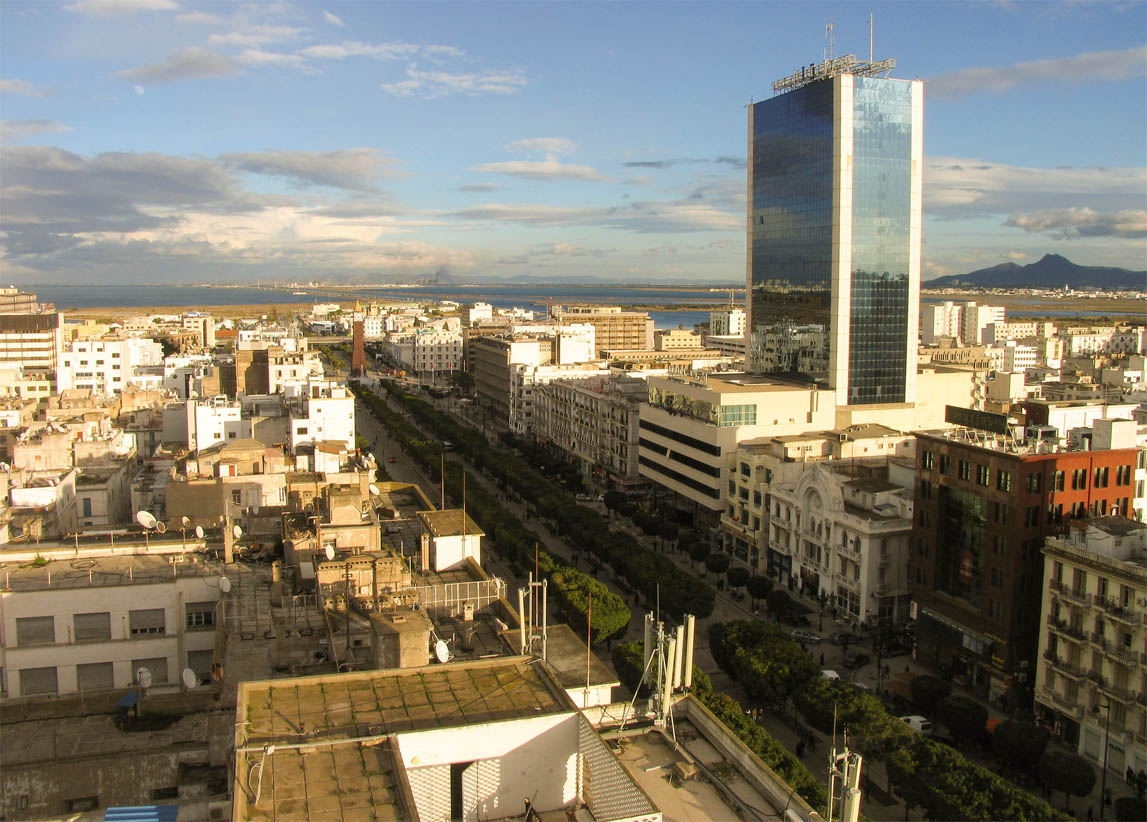 The capital of the Tunisian Republic: the city of Tunisia. Located in the north-east of the country, along the coastal plain on the shores of the Tunisian Gulf of the Mediterranean Sea, and occupies an area of ​​212.63 km². The capital city is inhabited by more than 638.8 thousand people, and the population of the agglomeration is about 2.4 million inhabitants. The vast majority are Muslim (99%).

The greenest city in North Africa was first mentioned in the annals of 814 BC. But archeological finds indicate that this land has been inhabited by humans since the Neolithic.

Administratively Tunisia consists of 15 districts, and is historically divided into:

Within the city, there is the Bakhira salt lake, which is connected to the sea by a canal. Tunisia is the main port and economic center of the country. The backbone of the city's economy: well-developed chemical, construction, textile and food industries. A rich cultural heritage, a huge number of attractions and a well-organized tourist infrastructure annually attract hundreds of thousands of travelers to the capital of Tunisia.

Climate in Tunisia and weather for today

The climate of Tunisia is Mediterranean subtropical (moderately warm).

The average annual temperature is 18.7 ° C in Tunisia. About 444 mm of precipitation falls annually.

The most interesting sights of Tunisia 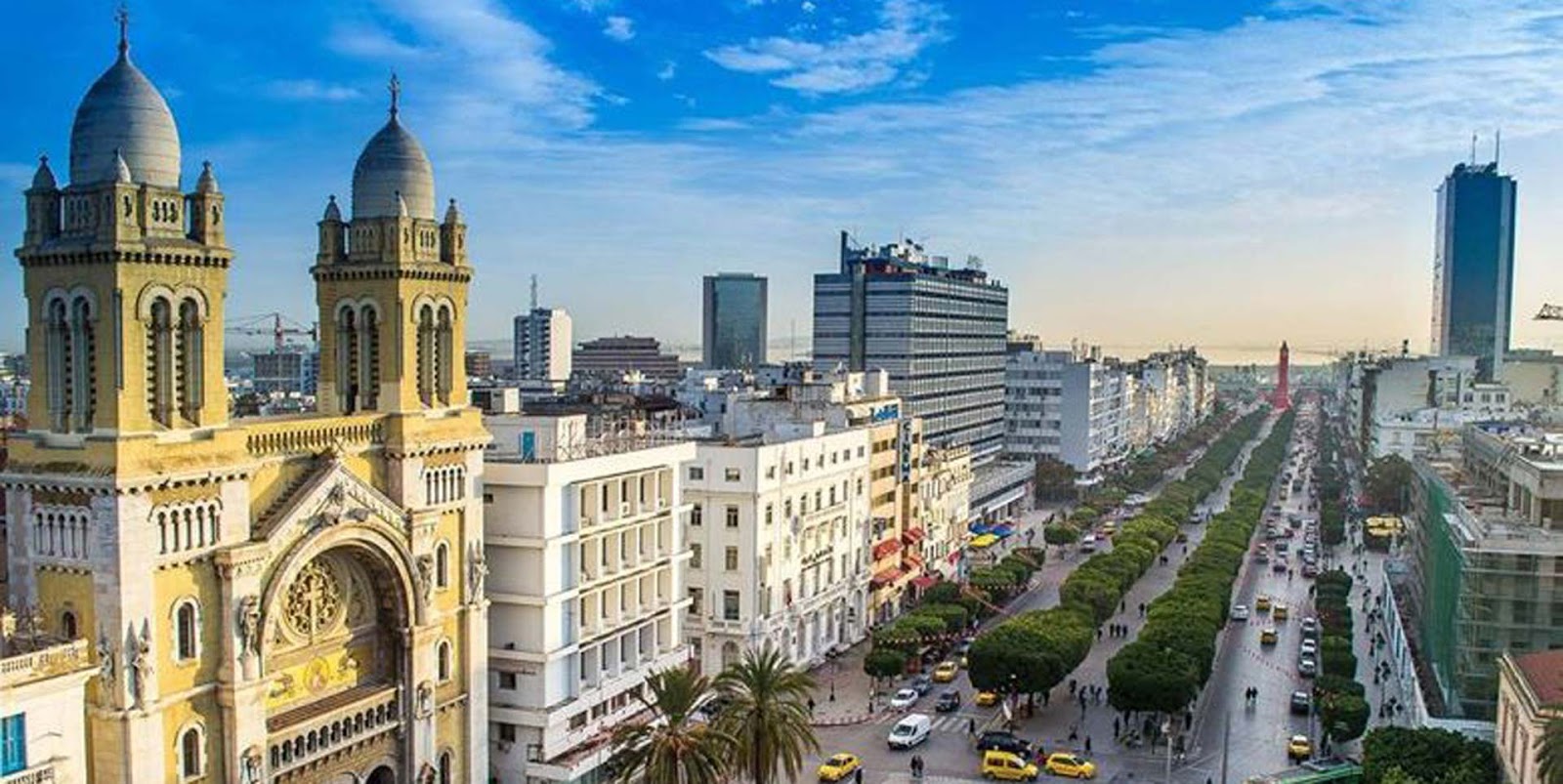 The central street of the capital of the Tunisian Republic, Habib Bourguiba Avenue is a concentration of historical sights, an entertainment and cultural center of the city. The avenue is named after the first president of Tunisia and the leader of the national independence movement for Tunisia.

Habiba Bourguiba established an authoritarian rule, endowed himself with broad powers and actively formed a cult of his personality:

But along with this, he implemented a number of socially significant reforms:

The large avenue (60 meters wide) has two roads and is oriented west-east. Midway Avenue is a green space with two rows of ficus trees. Popular sights, the Municipal Theater, numerous cafes and shops are located along the entire avenue. 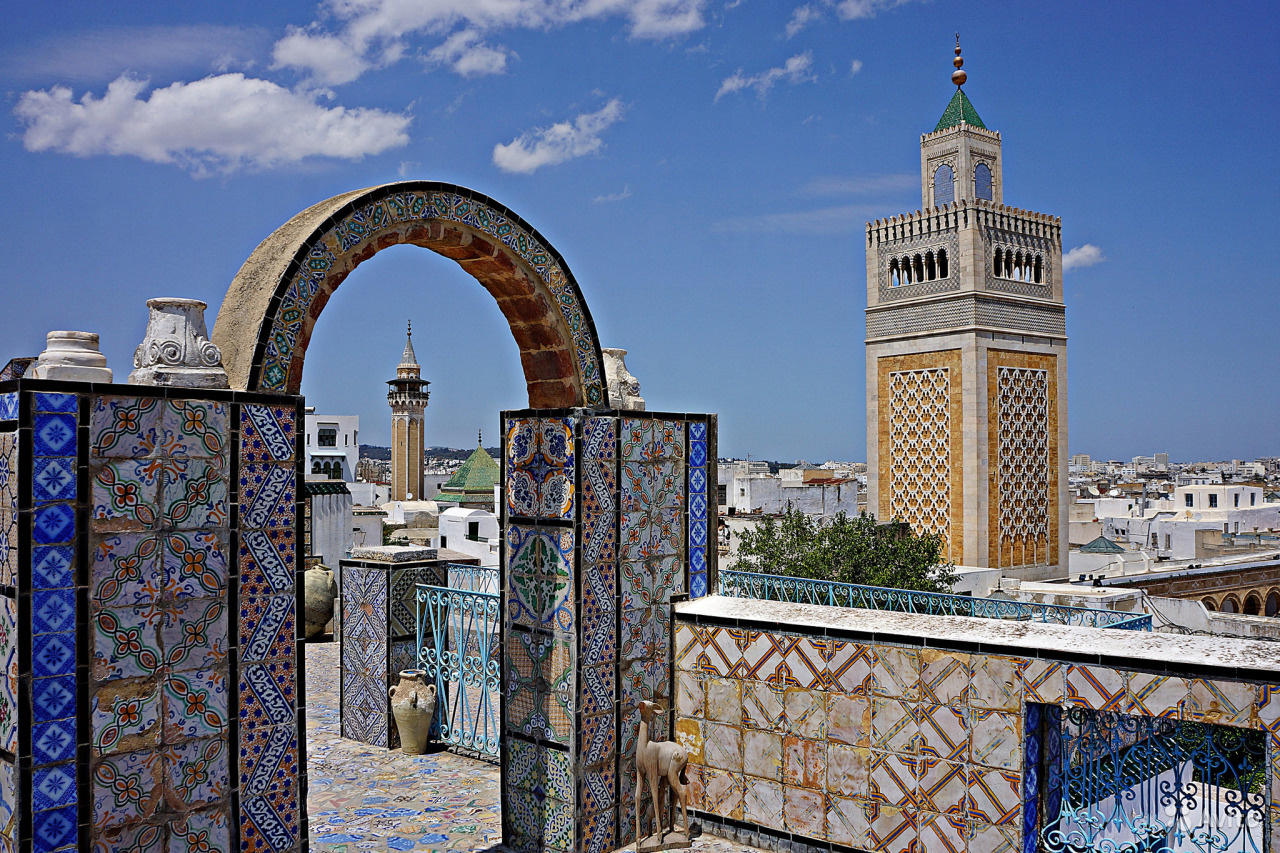 The Great Mosque al-Zaytouna (Olive Mosque) was built in 732 and is the oldest and largest mosque in the capital of Tunisia. She plays an important role in the religious and social life of not only the city, but the entire republic. The Al-Zaytun Mosque is a major educational center of the country and one of the first and largest universities of Islam, in which students from all over the world study. Students are taught not only spiritual disciplines, but also history, law, grammar, medicine, etc. The library of the mosque was the largest in North Africa.

The Olive Mosque covers an area of ​​5 thousand square meters and has 9 entrances. The spacious courtyard is surrounded by a gallery of 160 antique marble columns with carved capitals. Most of the building materials for the construction of the temple came from the ruins of Carthage (porphyry, marble and granite). The 43-meter-high square minaret is located in the northwestern part of the courtyard, and under its main dome is a unique mihrab with skillful wood carvings.

For all rituals in the mosque, only rainwater is used.

Hundreds of thousands of pilgrims and tourists come to see the capital symbol of Islam in Tunisia every year. The entrance to the courtyard is free for everyone, including non-Muslims. The magnificent architecture of the al-Zaytun mosque and the interior decoration with Venetian glass chandeliers in the prayer hall leave no one indifferent. 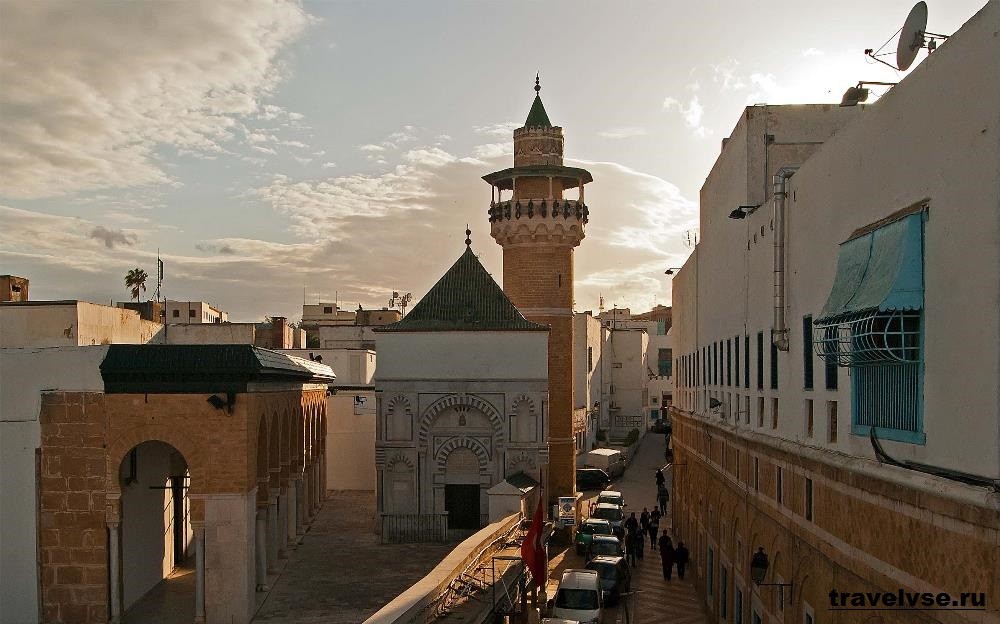 The Tunisian Medina is the historical quarter of Tunis, founded in the 9th century. In which today 1/10 of the city's population (population 110 thousand people) lives on an area of ​​270 hectares.

The old town, surrounded by a fortress wall, with a labyrinth of narrow streets and numerous traditional markets, is very attractive for travelers. A relatively small area contains about 700 attractions (mosques, palaces, houses of the 7th - 18th centuries, mausoleums, fountains, etc.). The layout of Medina does not obey geometry. The two main streets of Medina, Kasbah Street and Zaytun Mosque Street run parallel to each other.

The most popular sights of the Old Town in Tunisia:

The Tunisian Medina immerses you in the unique color, national culture and architectural traditions of Tunisia.

Since 1979, the Tunisian Medina has become a UNESCO World Heritage Site. 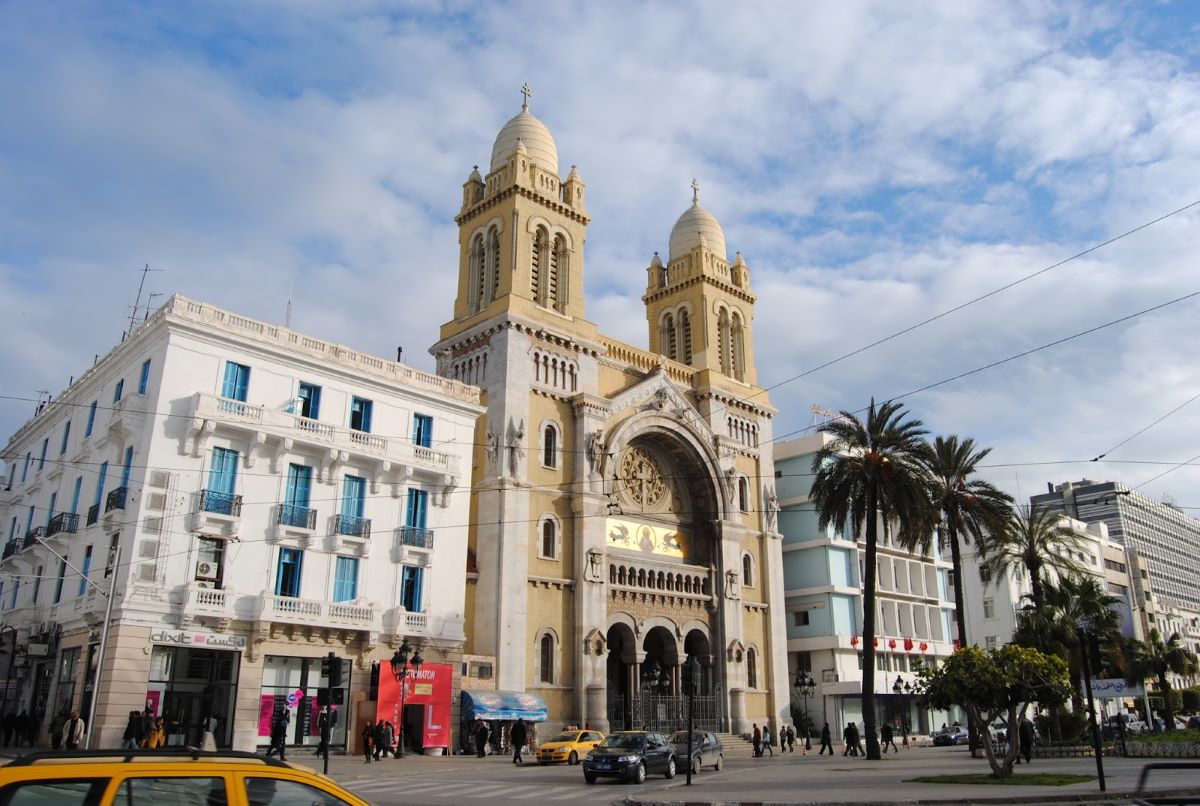 The beautiful and majestic Cathedral of the Archdiocese of Tunisia is located on Independence Square on the central street of the city (Habib Bourguiba Avenue), opposite the French Embassy. The cathedral bears the name of Saint Vincent de Paul, a Catholic priest who dedicated the rest of his life after his redemption from Arab slavery to serving in the temple.

The building of the Catholic Cathedral of Saint Vincent de Paul is made with a mixture of architectural traditions, including elements of neo-Byzantine and neo-Moorish styles with gothic accents.

It is the largest colonial building in Tunisia.

The interior of the cathedral, with its austere and massive front building itself, surprises and delights with grace, luxury and sophistication of the decoration. 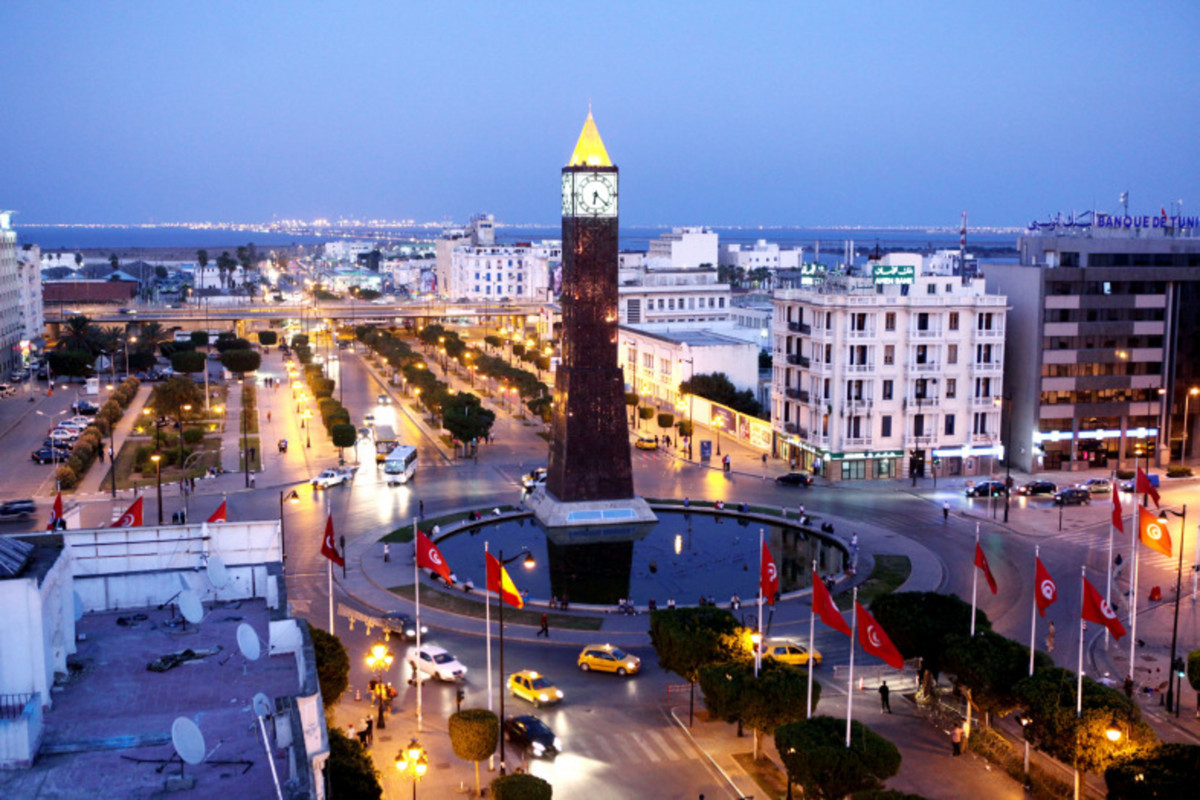 Tunisian Big Ben: the Clock Tower is located at the beginning of the main street of the city, Avenue Habib Bourguiba on the square ‘January 14, 2011’, and is a recognizable landmark of the capital of Tunisia. The tower is a 40-meter steel structure with a fountain at the base (the clock dial is at a height of 37 meters). The obelisk, symbolizing the new era of Tunisia, is made in bronze.

A wonderful area for recreation and walking is surrounded by memorable city views and many cafes, and in the evening guests of the city can witness a light show: a local landmark with dancing fountains and colorful tower illumination is much more impressive than during the day.

How to get to Tunisia: train stations and airports 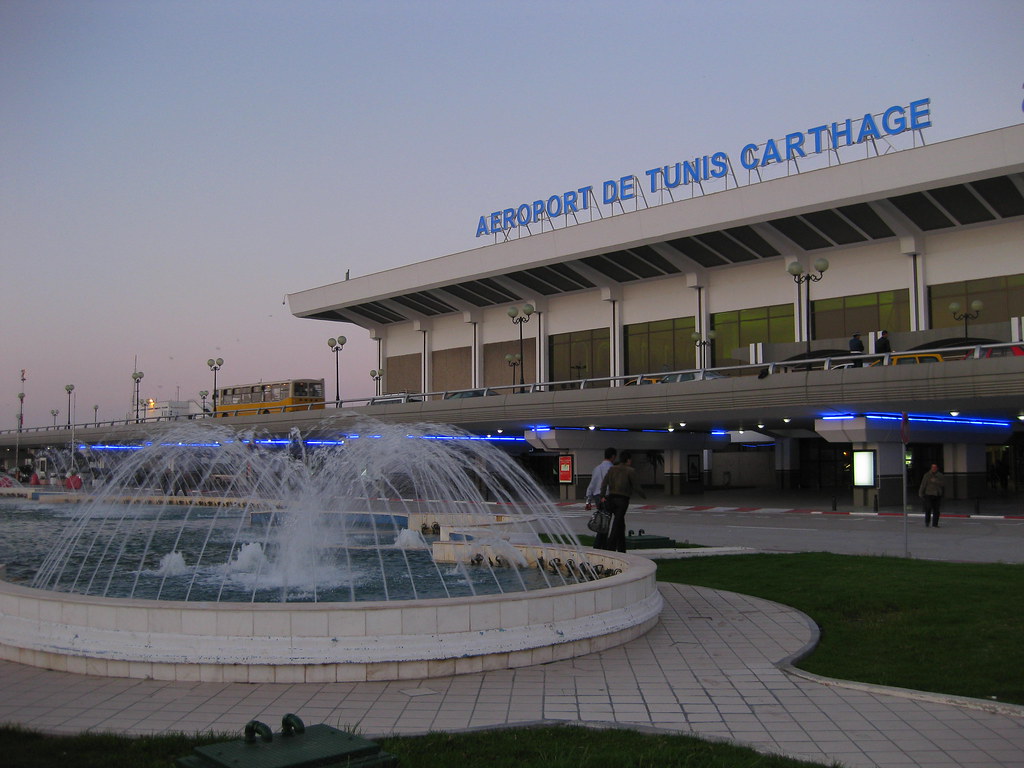 The airport is located 6 km from the center of the capital and is the main hub of Tunis Air. Opened since 1940. Serves charter and regular flights (35 airlines). The area is 820 hectares, the passenger traffic is about 5 million people per year. Has two runways. 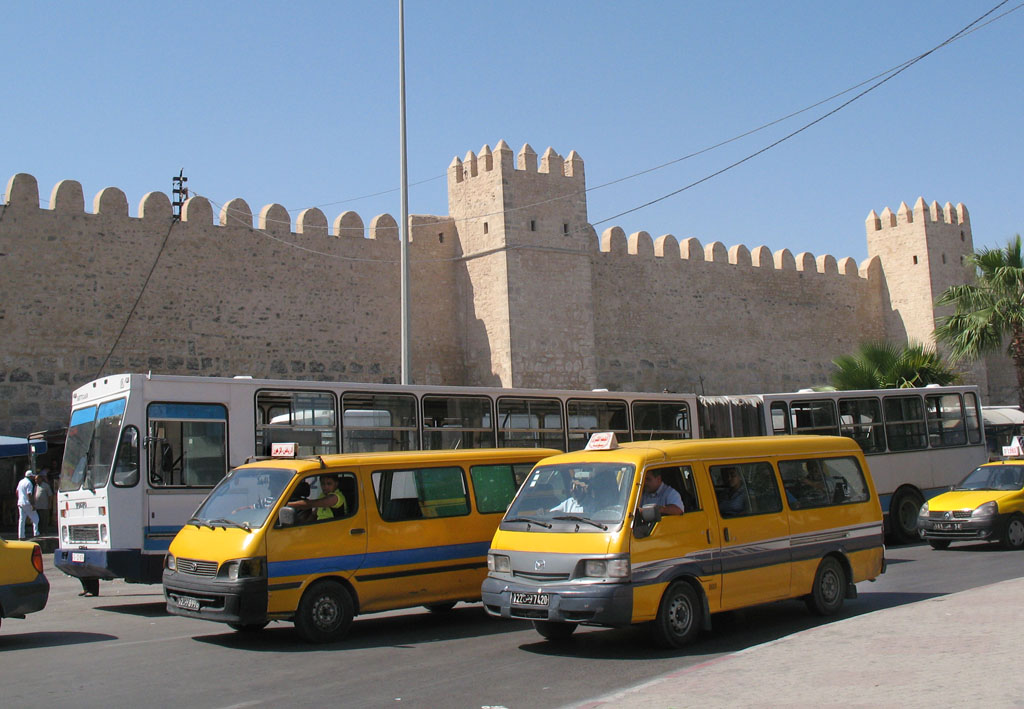 An extensive public transport network in Tunisia is financially accessible, covers all areas of the city and is represented by: 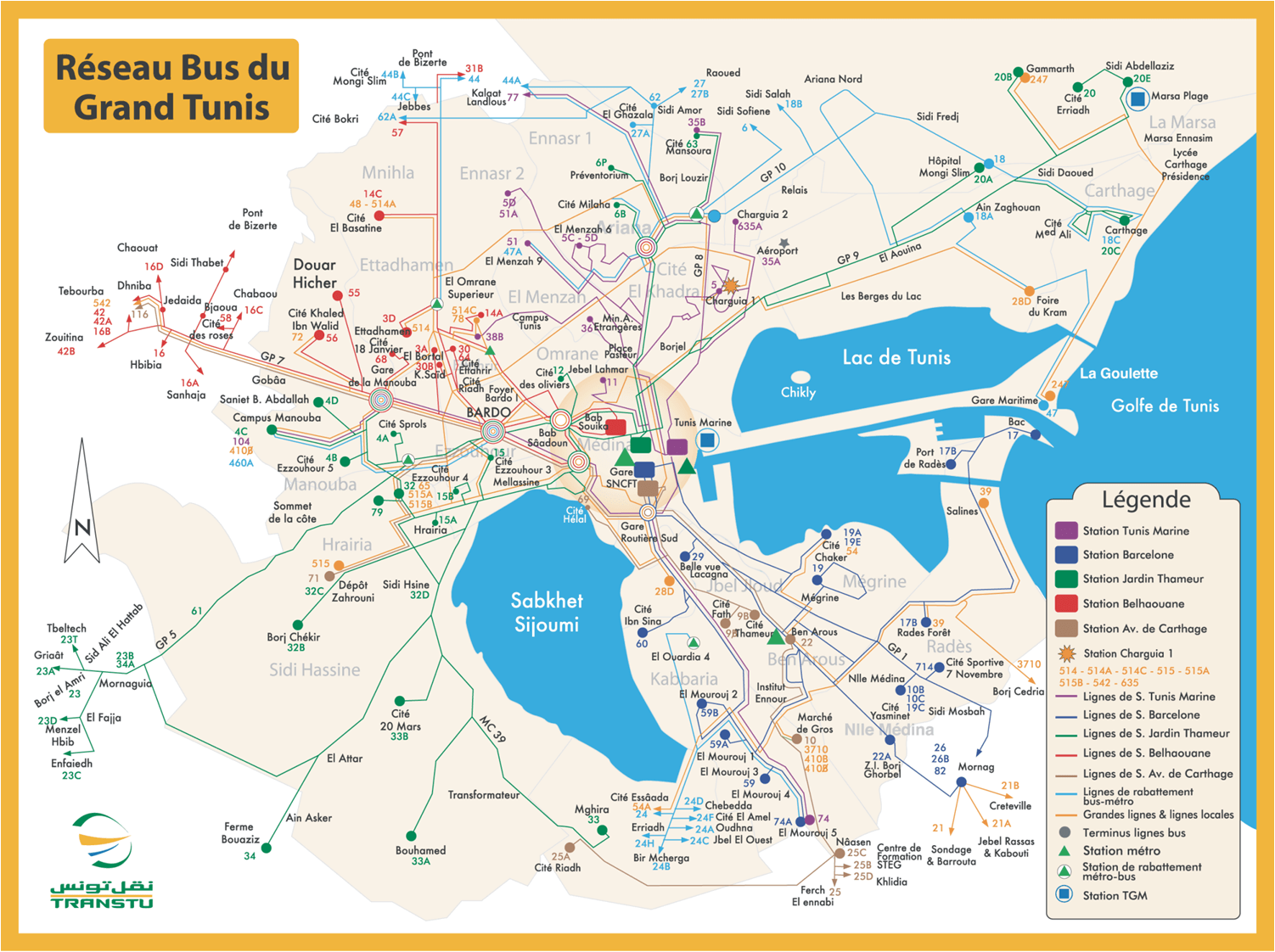 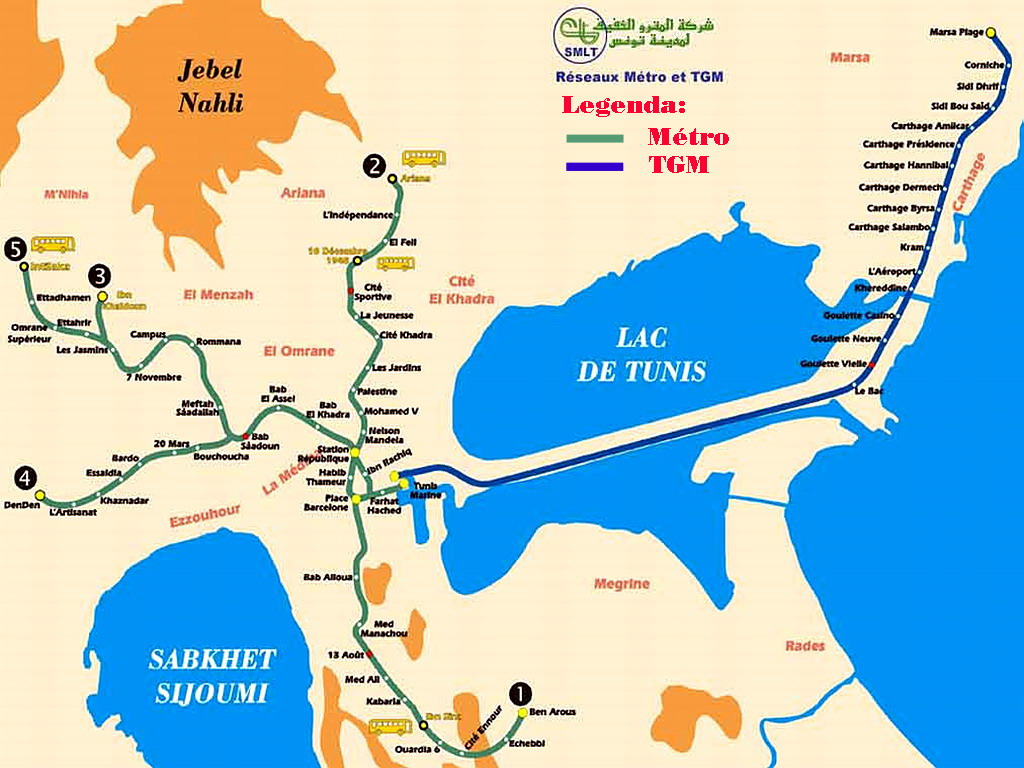 Tunisia has had a surface transport system (“light metro”) with a total length of 43 km since 1985. It was built on the site of the first railway lines dating back to 1872.

The Tunisian metro is not a metro and is represented by two separate transport systems:

Tunisia's “light metro” is characterized by high passenger traffic and thieves thriving. It is especially crowded during rush hour, so tourists prefer taxi rides. Moreover, the light metro does not serve the direction to the airport. 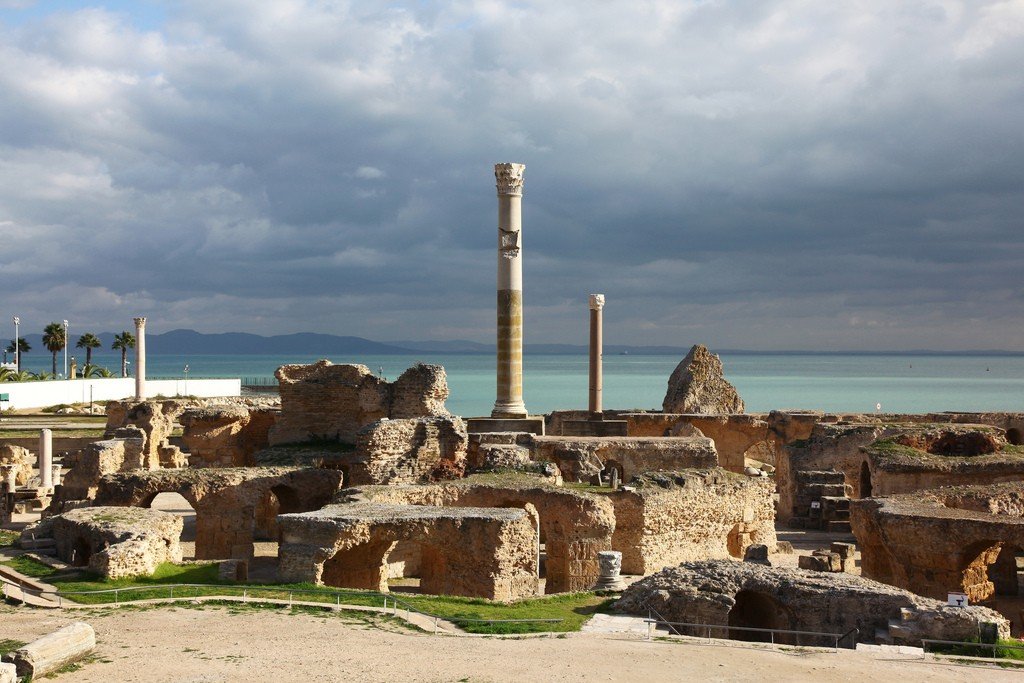 Not far from Tunis (15 km) on the shores of Lake Bakhira is one of the richest and most important cities of the period of antiquity: Carthage.

The world famous Carthage Museum is located on the territory of the modern city of Carthage, which is part of the capital's vilayet.

Strategically located Carthage is the oldest settlement founded by the Phoenicians in the 9th century BC, with a rich history and unique cultural heritage.

Today the famous archaeological site attracts a huge number of tourists from all over the world. The open-air museum complex of Carthage is the ruins of an ancient city that keep traces of the former splendor and power of the Phoenician superpower. The Punic Wars led to the complete destruction of the city, on the site of which the grandiose Roman baths of Anthony Pius, an aqueduct, an amphitheater for 50 thousand people and other buildings were built.

Until now, archaeological excavations of the oldest relics of the Phoenician and Roman civilization slightly opened the veil of the history of the great Carthage.

Since 1985 it has been included in the UNESCO World Heritage List.