The capital is the city of Tallinn. The official language is Estonian.

In the east Estonia has a border with Russia (the length is 324 km), in the south with Latvia (333 km). A maritime border with Finland, in the north.

Most of the believers profess Lutheranism, there are also adherents of Orthodoxy and Catholicism.

The climate is temperate continental. The climate is greatly influenced by Atlantic cyclones, the air is always humid due to the proximity of the sea. The Gulf Stream softens the winters.

The country is subdivided into 15 counties, which in turn are divided into 79 local governments (15 are urban and 64 are rural).

There are 47 cities, 12 urban-type settlements, 188 rural settlements and 4455 villages in Estonia.

The most interesting sights of Estonia

The old city is a single complex of ancient buildings of the Middle Ages.

The city is conventionally divided into 2 parts: Vyshgorod and Nizhniy Gorod. Vyshgorod is home to one of the oldest churches in Estonia: Dome Cathedral (18th century), Alexander Nevsky Orthodox Cathedral (19th century), as well as majestic Toompea Castle, which today serves as a government agency.

In the center of the Lower City is the Town Hall Square, where celebrations, concerts and festivals are held. Of the interesting buildings here are: the building of the medieval town hall (15th century) in the Gothic style, the oldest pharmacy in Northern Europe (beginning of the 15th century), and the Church of St. Olaf, which in the 15th-16th centuries was considered the tallest building in the world.

The old town of Tallinn is included in the UNESCO heritage list. 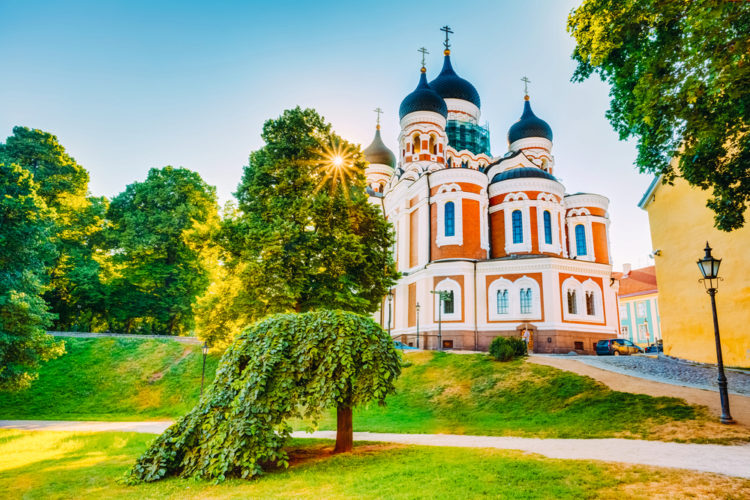 The Alexander Nevsky Cathedral is an important religious site in Tallinn. The five-domed church was erected at the end of the 19th century and decorated in the Byzantine style. Author of the project was famous Russian architect Preobrazhensky, and the temple itself was built in memory of the extraordinary rescue of Prince Alexander III Nevsky during a railroad disaster. In 1888, the train derailed, in which the royal family was returning from a holiday in the Crimea. Prince, who possessed great physical strength, held the collapsed ceiling of the car until all the members of his family left the car. 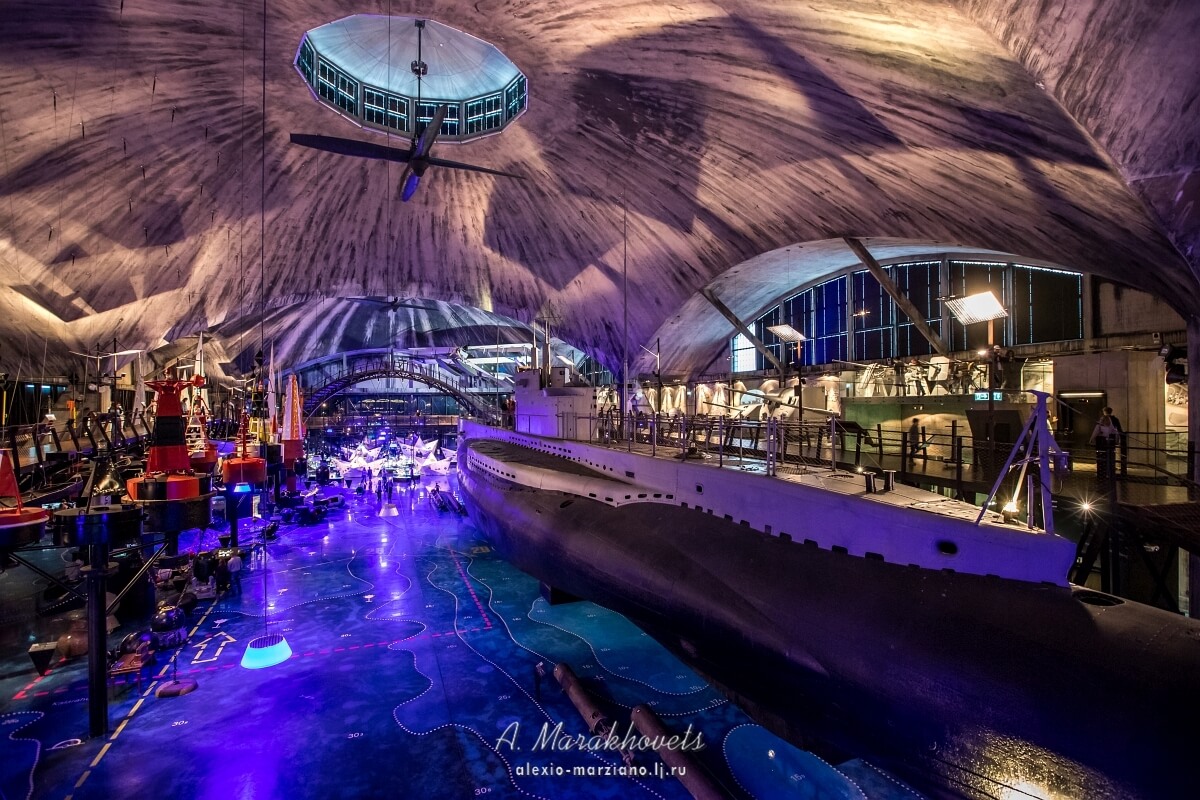 Lennusadam is a museum and seaport that houses the world's largest reinforced concrete hangars for seaplanes taking off directly from the water. The seaport was built at the beginning of the twentieth century, and it was turned into a museum in 2007. Seaplane hangars are interesting due to their unique design and size. The museum contains exhibits: the Lembit submarine, the Suur Tõll steamship icebreaker, a copy of the British Short-184 seaplane, the Griff patrol boat, the Suurop patrol vessel, the Torm patrol vessel. Separately, you can highlight the real combat submarine ‘Lembit’. It is a real warship that participated in more than one battle during World War II. 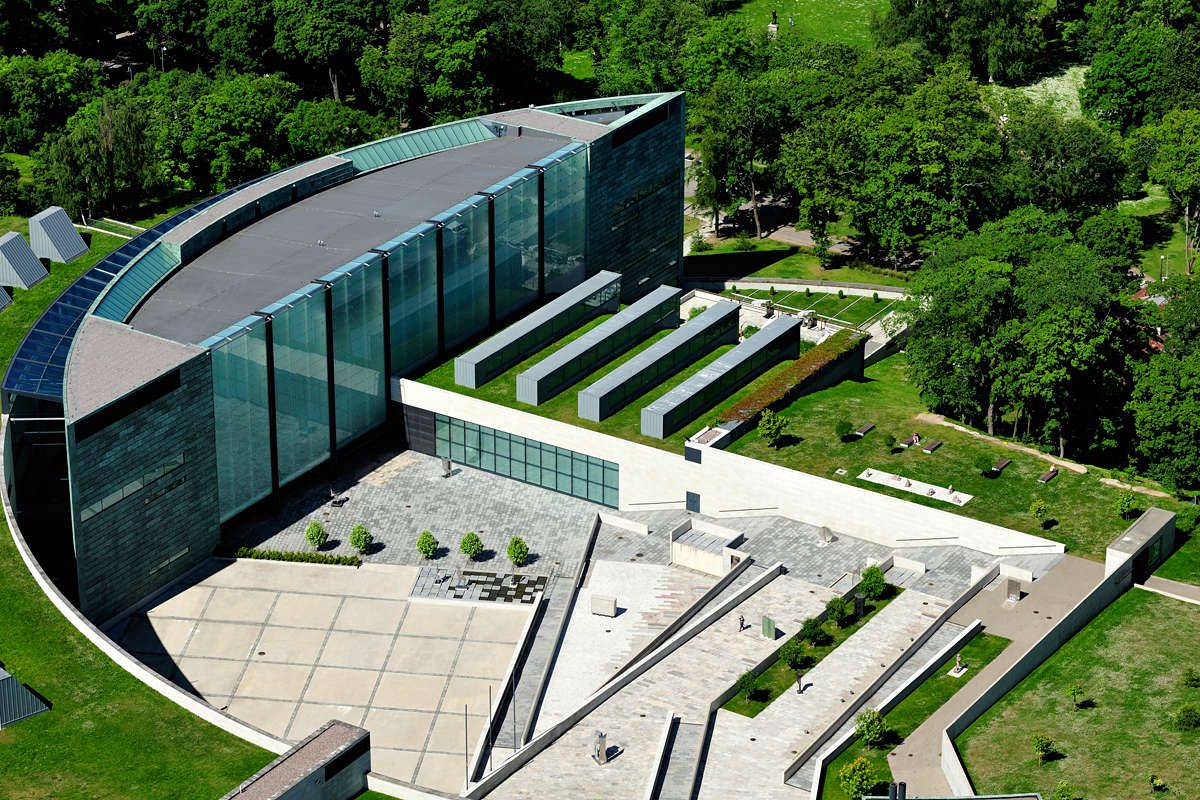 The Kumu Art Museum is one of the largest exhibition halls in Europe. It is also a branch of the Art Museum of Estonia.

Due to its size, the Art Museum manages to host several large exhibitions at once, both temporary and permanent. The Museum's Golden Fund contains more than 60,000 works by Estonian artists and sculptors.

On the third and fourth floors, you can find the classics of Estonian art from the 18th–20th century. Part of the collection was collected before the start of World War II, the other part of the collection was created after the entry of Estonia into the USSR. KUMU houses the works of the following masters: Kristjan Raud, Johan Köhler and Konrad Mägi. The entire fifth floor is occupied by thematic exhibitions. 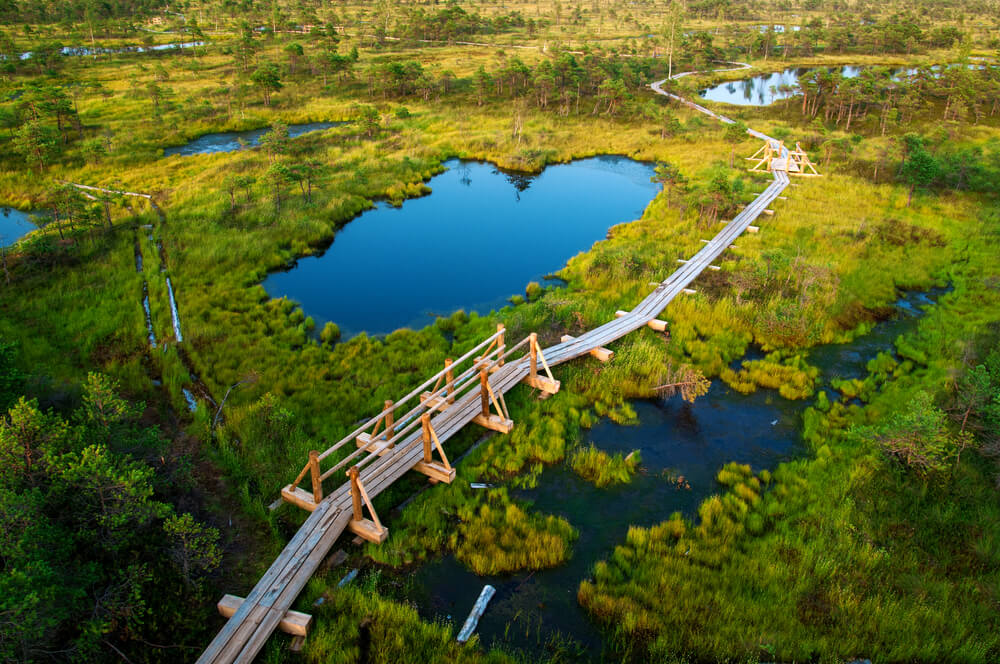 Lahemaa in 1971 became the first national park in the USSR, which was created to protect the unique local nature. On the territory of 725 km² there are many lakes, rivers, swamps, karst formations, waterfalls and bays. People come to Lahemaa who prefer outdoor recreation surrounded by untouched nature. A restored manor complex is located on the territory of the national park, which is visited by many tourists every year. In addition to beautiful architecture and nature, here you can look at the work of various artisans, stop in a tavern or a wine cellar. 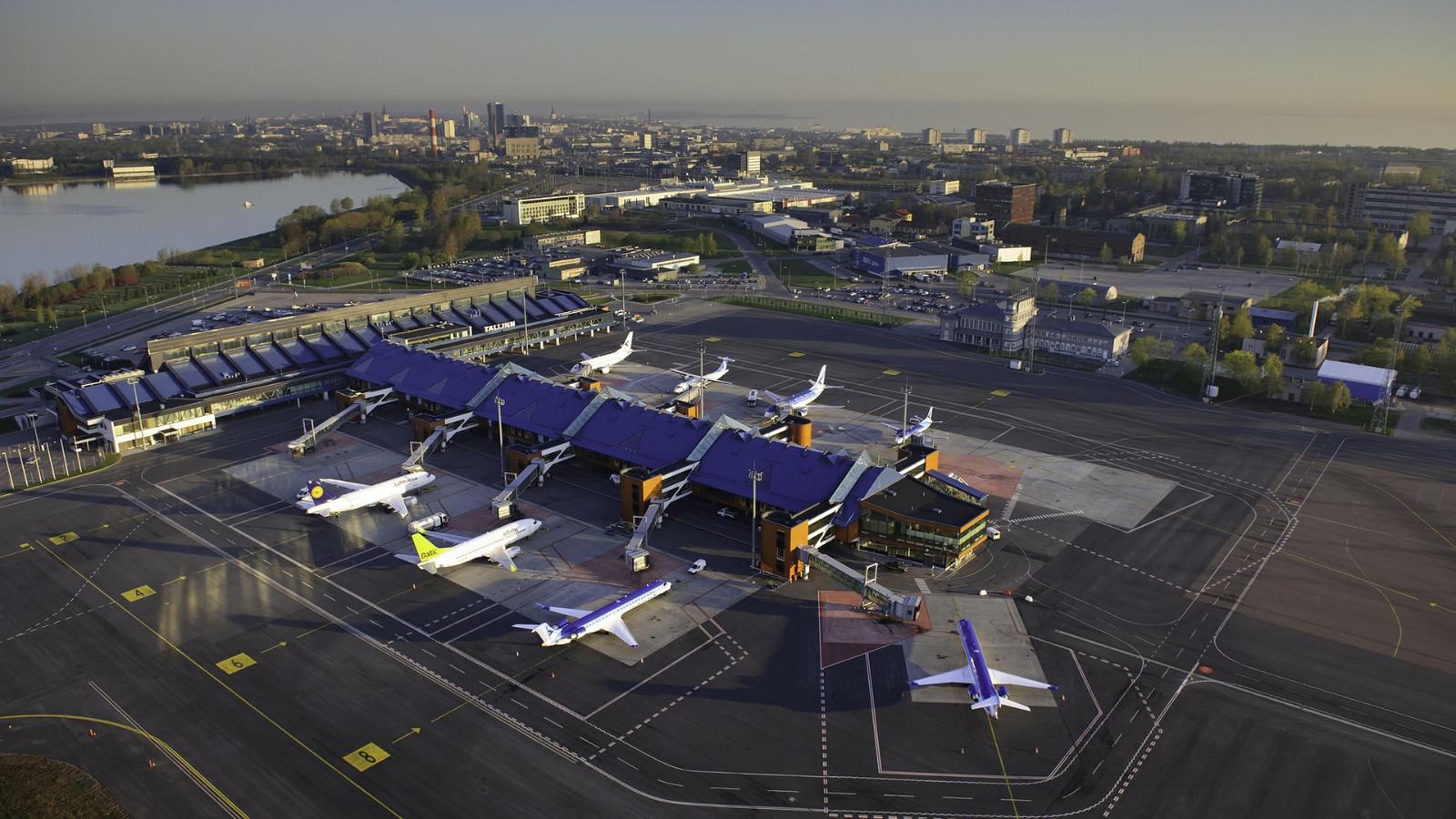 https://www.visitestonia.com
There are 6 airports in Estonia, but almost all air traffic passes through the capital. The remaining 5 airports perform the function of regional ones. 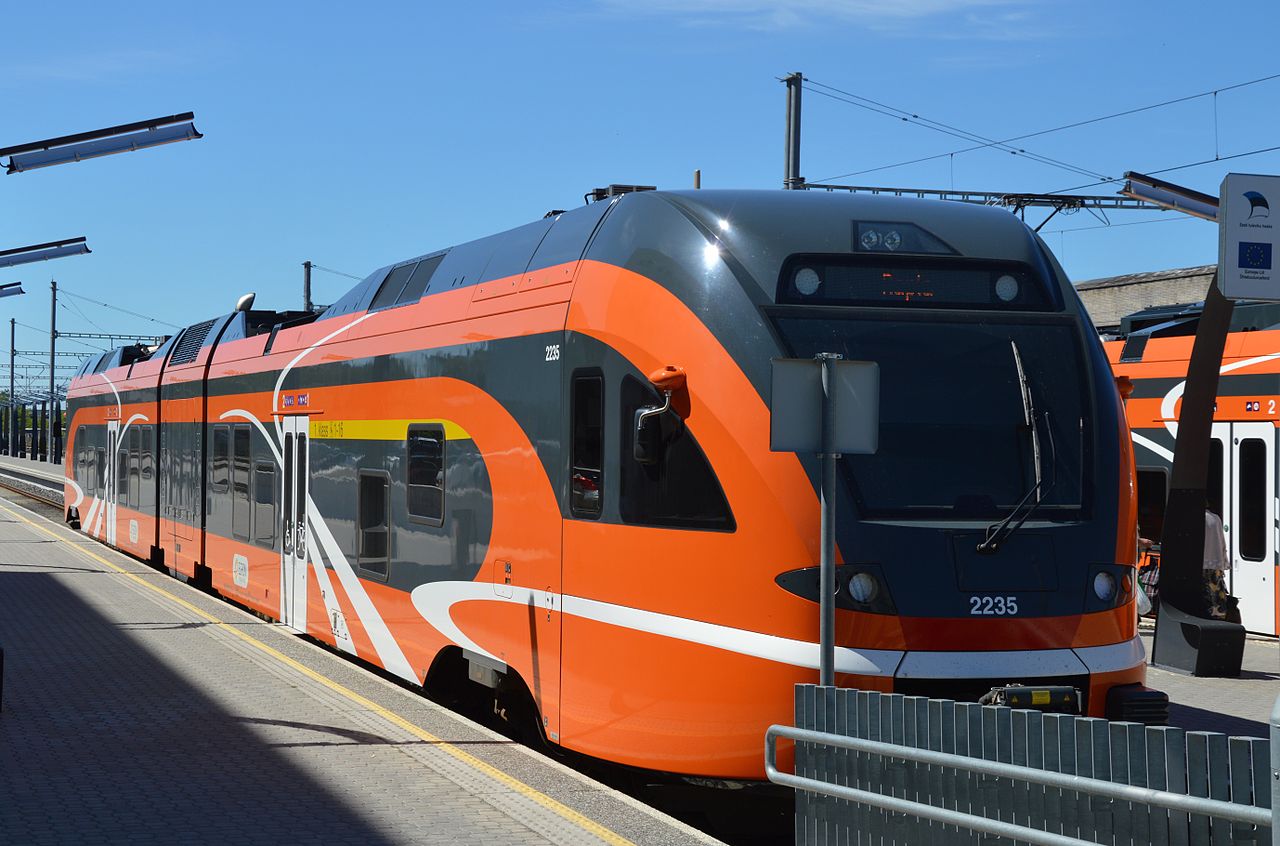 The length of Estonian railway lines is about 1200 kilometers, of which only 900 kilometers are in public use.

Most of the railway infrastructure belongs to the state. Supervised and regulated by the Estonian Technical Supervision Authority.

There are 73 stations in the country. 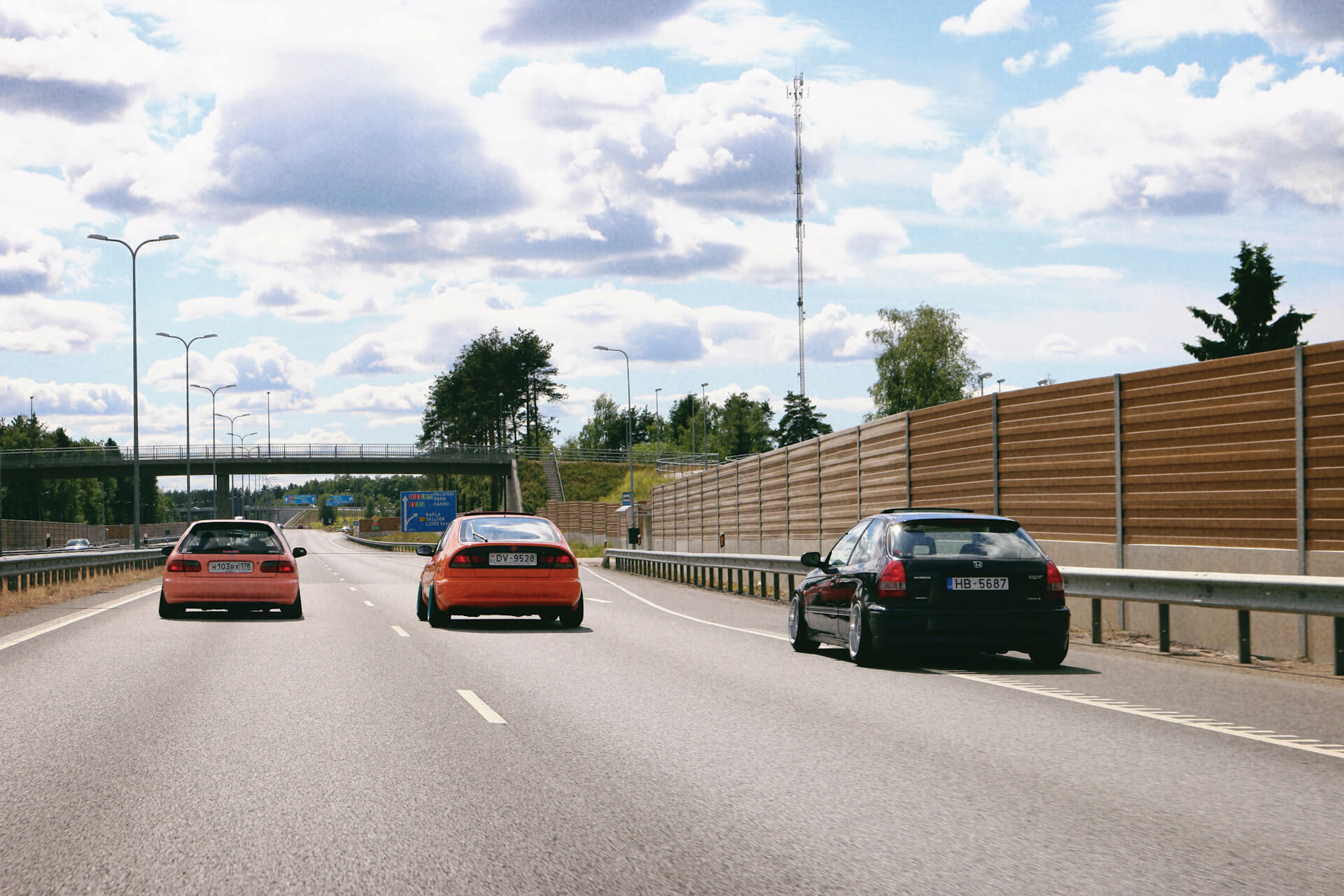 The network of public roads includes 57,565 thousand km of roads, of which 12,926 thousand km are paved (including 99 km of roads with limited access).

Estonia is the first country in the EU and in the world to implement a nationwide public electric vehicle battery charging system. There are no motorways in the country, a leisurely ride is welcome.

Standard speed limits in Estonia, unless otherwise indicated on the signs: 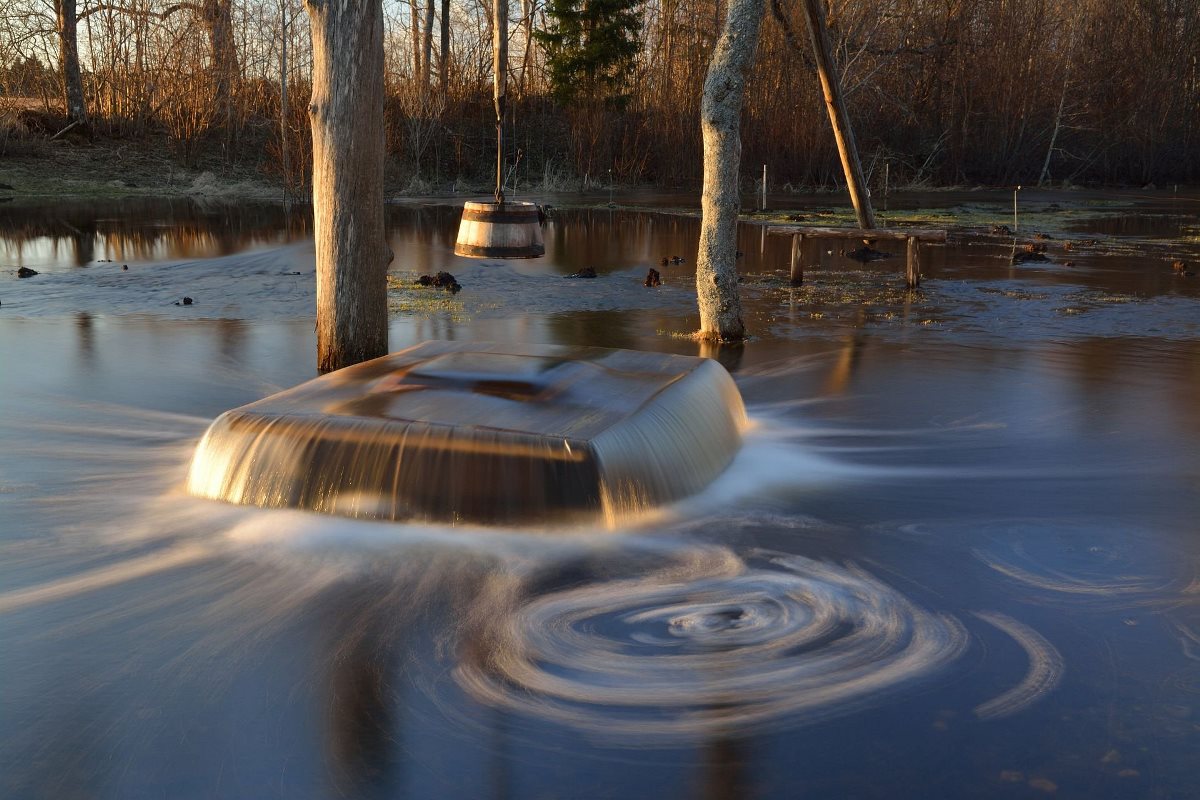 According to folk beliefs, the Witch's Well begins to boil when the Tuhala witches soar in it. This temporary karst spring is part of an underground river that flows through the Tuhala karst section. It is located in the Nabala-Tuhala Nature Reserve. During the flood period, the water in the source rises to the surface of the earth, and the well begins to “boil”. At this time, the source throws out about 100 liters of water per second, while the volume of the river flow is at least 5000 liters per second. This phenomenon can be observed from 1 to 3 weeks. The Witch's Well is a unique natural well that cannot be seen anywhere else in Europe. The depth of the well is 2.4 meters. Due to the fact that the source is located in a swamp, the water has a brownish tint. The Witch's Well in Tuhala was chosen as the ‘Miracle of Estonia 2012’ by popular vote.