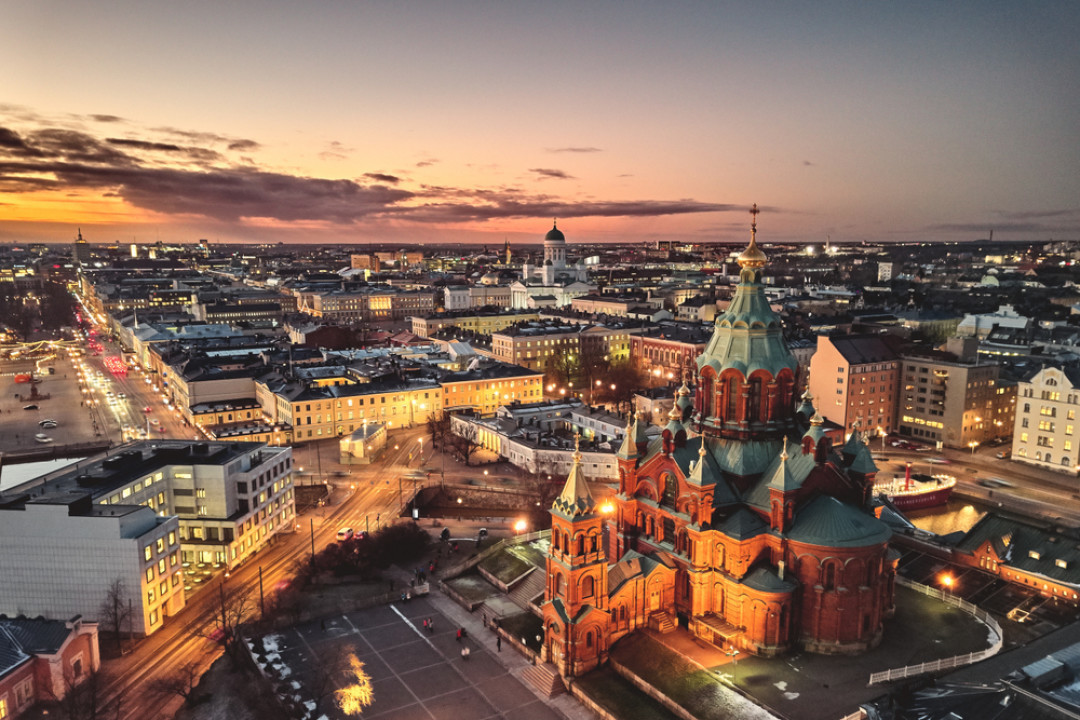 The capital is the city of Helsinki. The official languages ​​are: Finnish, Swedish, Sami (regional).

The state is located in northern Europe. In the east it has borders with Russia, in the north with Norway, in the west with Sweden, and in the south with Estonia. The shores of Finland are washed by the Baltic Sea and 2 bays: Finnish in the south and Botanical in the west. 25% of the land is located beyond the Arctic Circle.

Most of the believers profess Lutheranism and Orthodoxy.

Finland was ranked 1st in the World Happiness Report 2018 published by the UN. In the next 4 years, it was also recognized as the happiest country in the world.

The climate in Finland is subarctic. Despite the fact that Finland is a northern country, its climate is strongly influenced by the warm course of the gulf stream in the Atlantic Ocean.

In Finland, seasons are very different from each other: summers can be very warm, winters can be very cold. The average temperature in Helsinki in southern Finland in July is +17.2°C and -4.2 in January, in Sodankylä in northern Finland +14.3 in July and -14.1 in January. In summer, temperatures in the east and south of the country can sometimes rise to +30°C. The southernmost parts of Finland are covered with snow an average of 75 days a year, while northernmost Lapland is covered with snow 200-225 days a year. The total amount of precipitation in the southern regions of Finland is 600-700 mm per year, and beyond the Arctic Circle 400-450 mm.

Regions are divided into cities and communes, and large cities into urban parts. The representative bodies of cities are city councils (elected by the population).

The country is divided into 19 regions and 1 partial autonomy (Aland Islands).

The most interesting sights of Finland 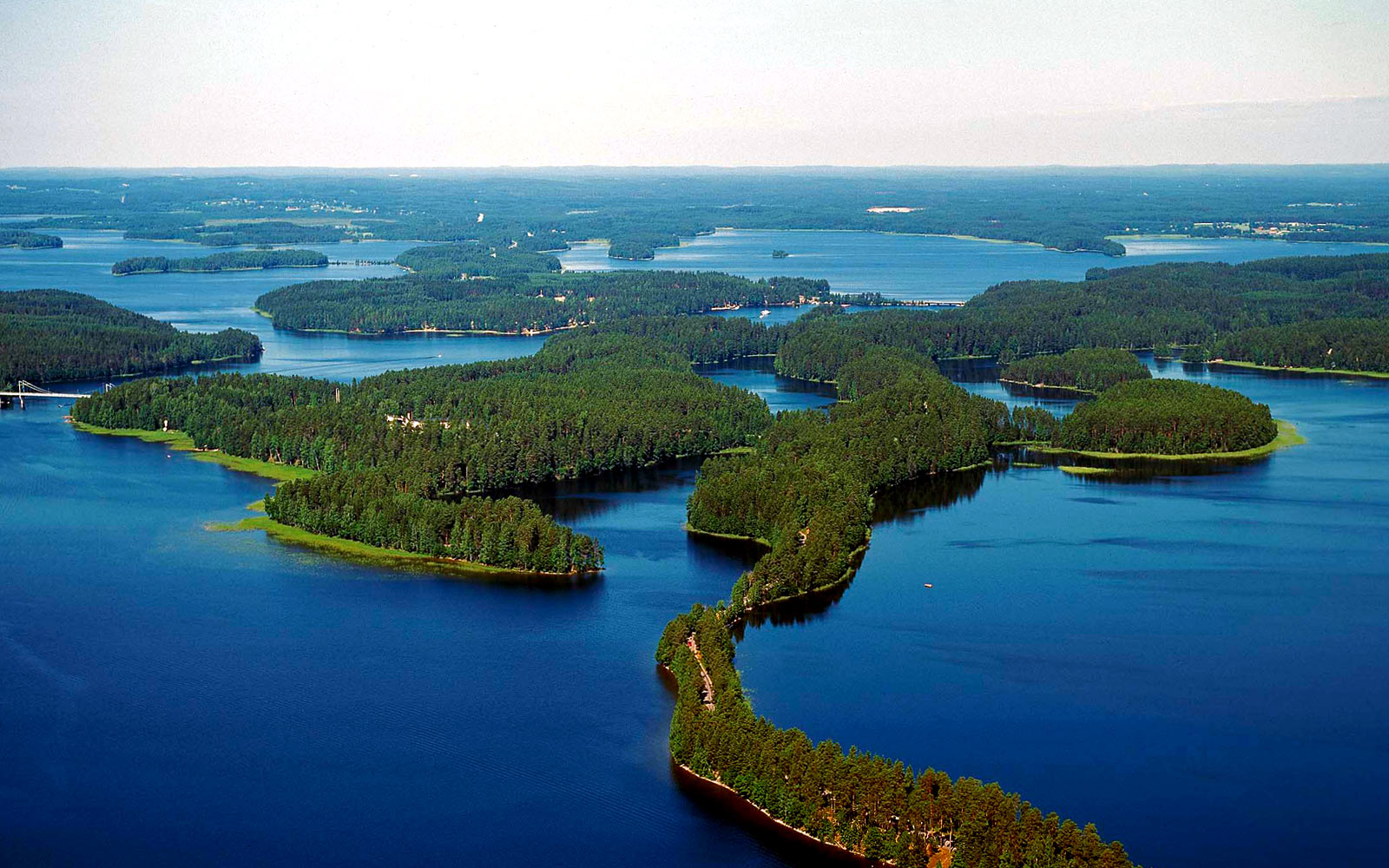 The largest lake system in Scandinavia, the fourth largest lake in Europe and largest in Finland. On the territory of Saimaa there are 13,700 islands, and the length of its coastline is almost 15,000 km. Saimaa is connected to the Gulf of Finland by the Saimaa Canal built in 1856, which today is not only the main water transport artery of Finland but also a popular cruise route. There are cities on the Saimaa: Lappeenranta, Mikkeli, Savonlinna. 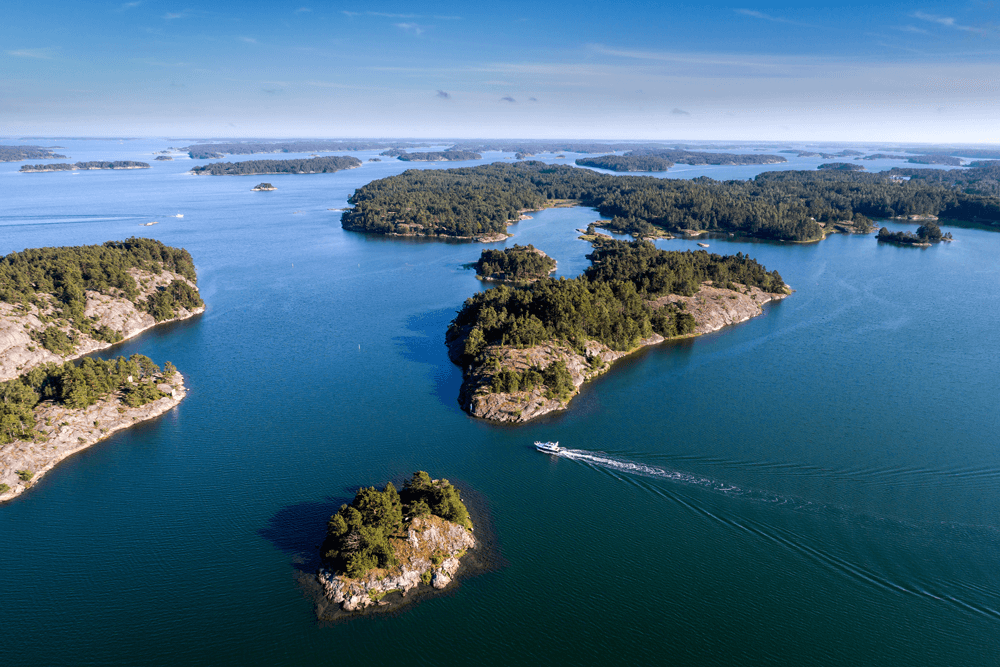 One of the most amazing regions of Suomi. They are located on an island archipelago between Sweden and Finland, at the entrance to the Gulf of Bothnia of the Baltic Sea. There are more than 50 thousand islets in Åland, considering all the small skerries and rocks. 90% of the population here speaks Swedish. Mariehamn is the capital and only city of the archipelago. It is named after the Russian Empress Maria Alexandrovna.

Less than 30 thousand people live in Aland, but more than 2 million tourists come to the islands every year to visit the Mariehamn Maritime Museum, ride bicycles and motorcycles along the picturesque trails, go fishing for fun and just enjoy the leisurely island life. 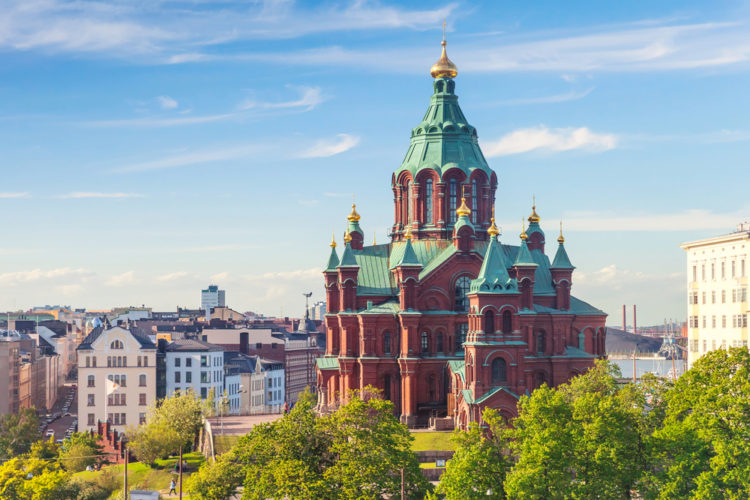 On the Katajanokka peninsula, the largest Orthodox cathedral in Europe was built. It was erected by order of Emperor Alexander II in honor of the Assumption of the Blessed Virgin Mary. The Assumption Cathedral is an important religious landmark in Finland, whose history dates back to between 1862 and 1868.

The cathedral was built according to the project of Alexei Gornostaev, which was based on another temple: the Church of the Ascension of the Lord in the village of Kolomenskoye. The very shape of the temple symbolizes the Holy Spirit. 13 domes represent Jesus Christ and the 12 apostles. The temple was built on voluntary donations. In 1868 the consecration of the cathedral took place. 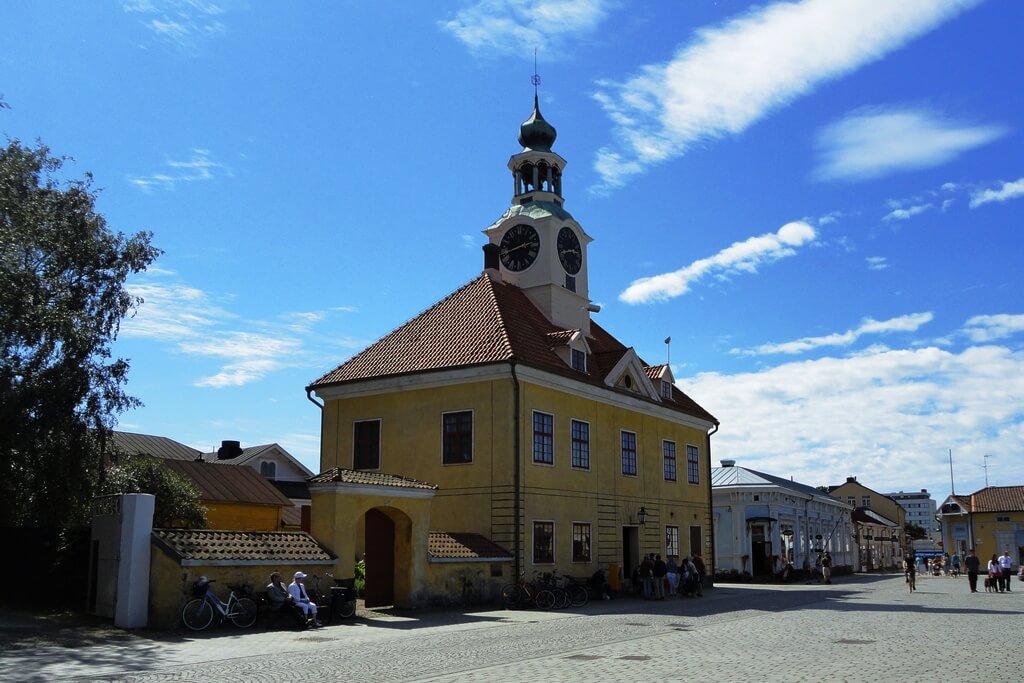 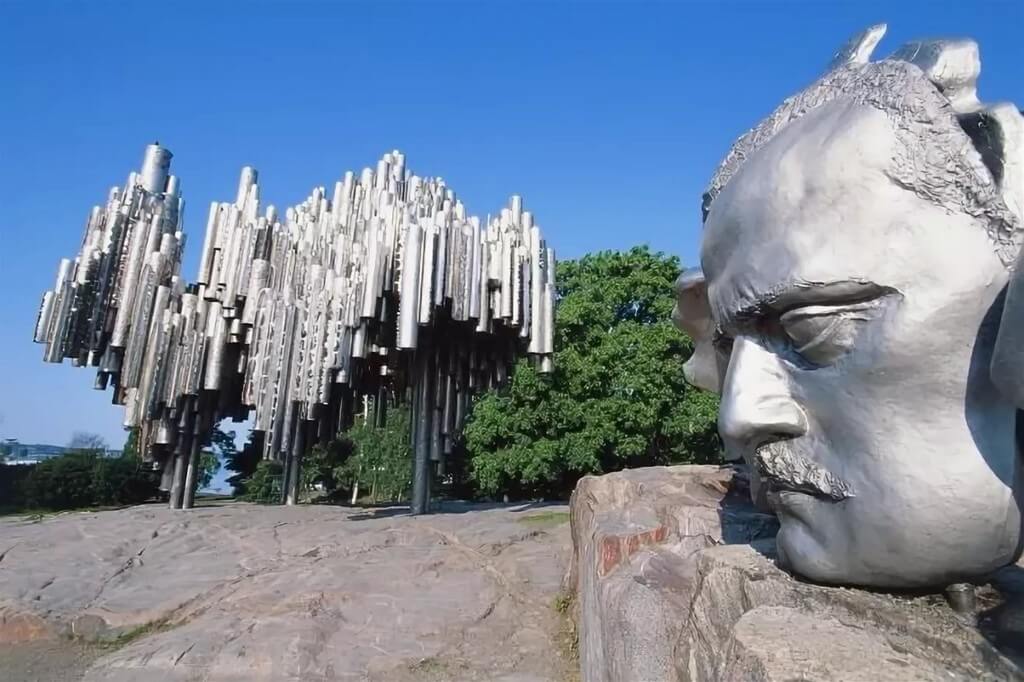 Dedicated to one of Finland's most revered composers, Jean Sibelius. Sculptor Eila Hiltunen worked on the monument project for almost 10 years. Monument is a composition of 600 steel pipes. The music created by the wind creates an image of nature which often sounded in the compositions of Sibelius. The ambiguity of the monument is often criticized, while it is one of the most visited places by tourists. 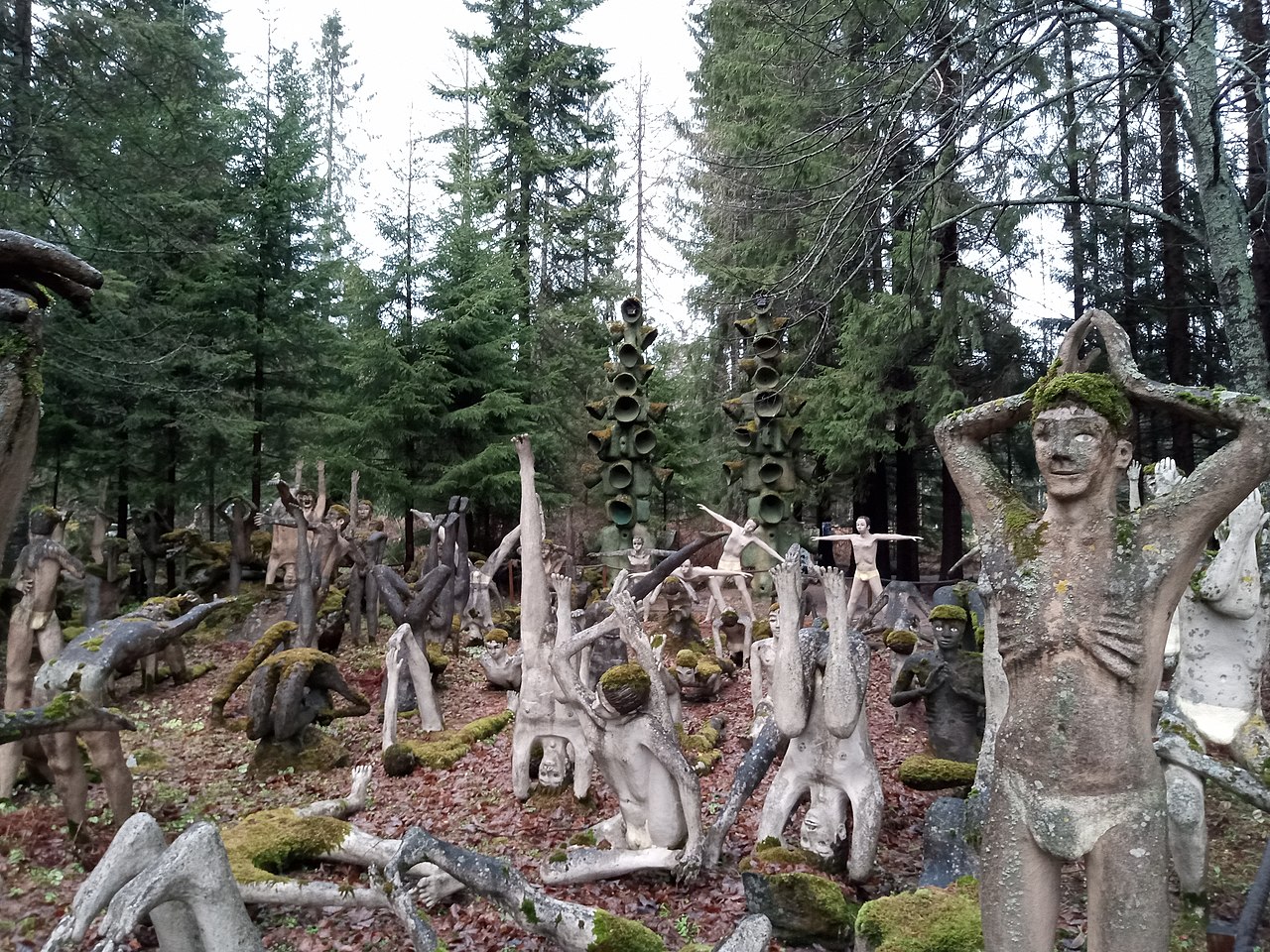 An inconspicuous settlement near the Russian-Finnish border. However, the extraordinary sculpture park of the self-taught Veijo Ryonkkönen attracts thousands of tourists here. Perhaps this is one of the strangest and mystical places in Finland. 500 human-sized concrete figures in various poses in the middle of the forest evoke mixed feelings. The sculptures grin and smile, showing park visitors real human teeth that Ryonkkönen was supplied by his dentist friends.

The sculptor was creating his collection for 50 years and put into it all his children's complexes, fears, thoughts. He admired the human body, was fond of yoga. All of this is reflected in the theme of his collection. 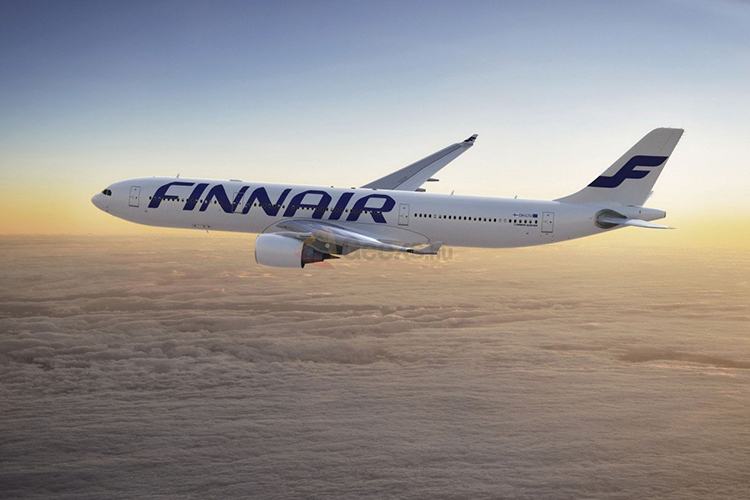 There are more than 20 civil airports in Finland, some of them have international status. 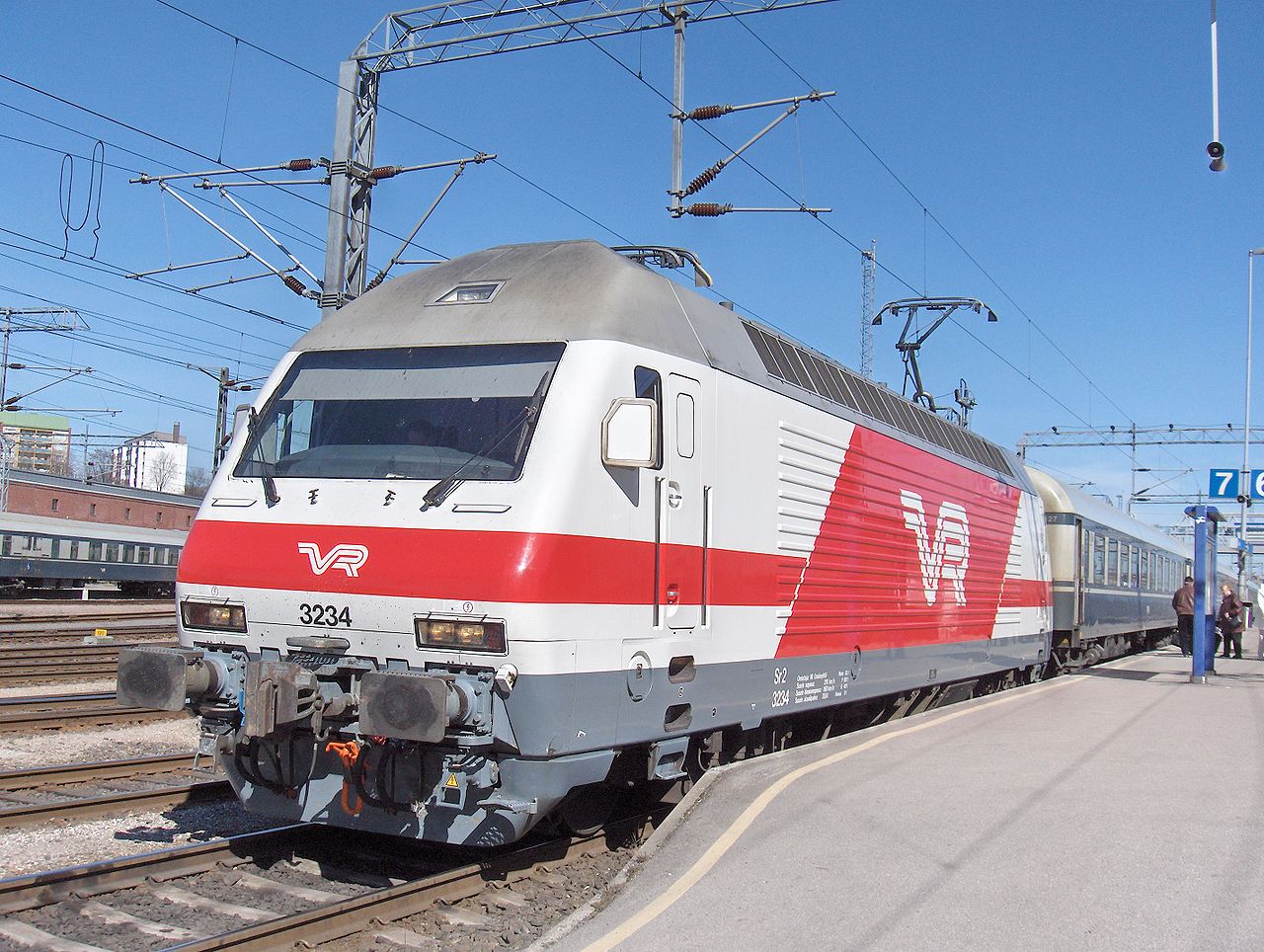 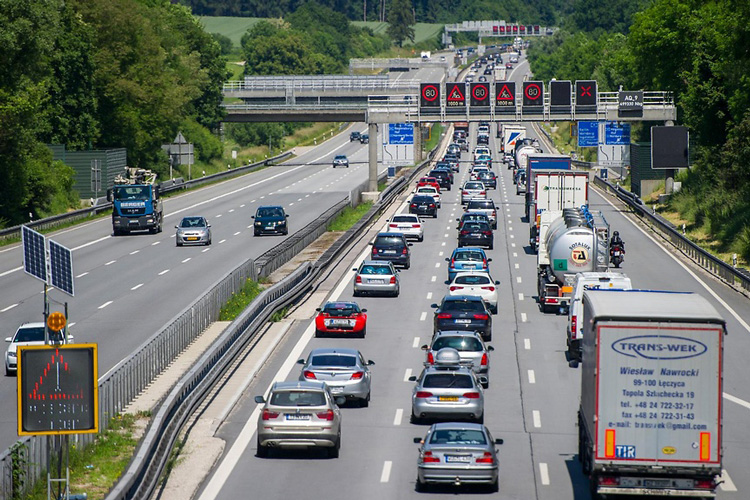 Roads in Finland include 78,141 km of motorways, paved roads and gravel roads.

The total length of public roads, private and forest roads and streets in Finland is about 454,000 kilometers. 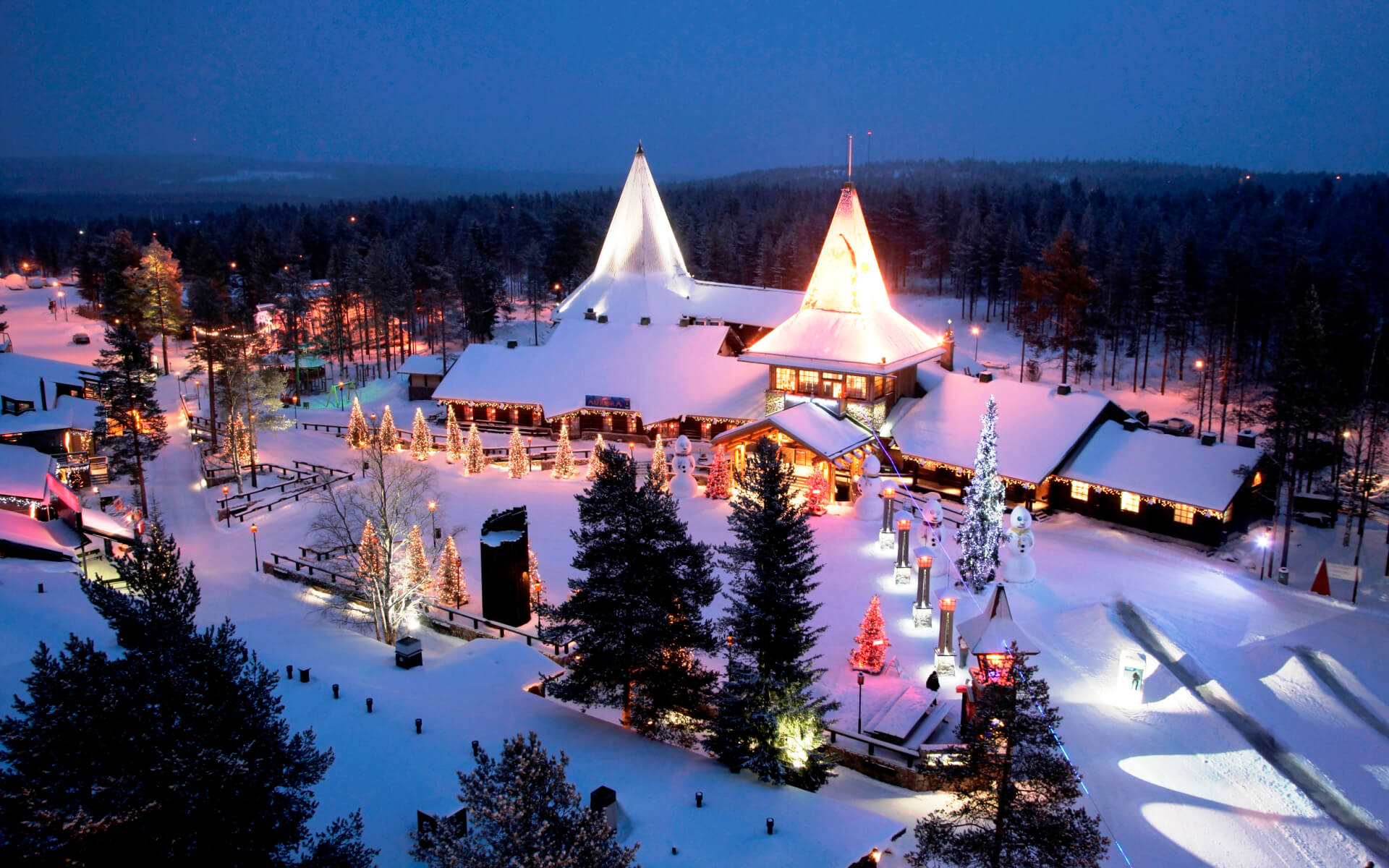 Santa Claus Village is an amusement park in Finland dedicated to the Christmas Santa (who is called Joulupukki in Finland). It is located near the city of Rovaniemi, province of Lapland.

According to tradition, Santa Claus is believed to have been born in Lapland. Santa Claus Village is considered to be his immediate residence, and therefore is one of the most visited tourist destinations in Finland.