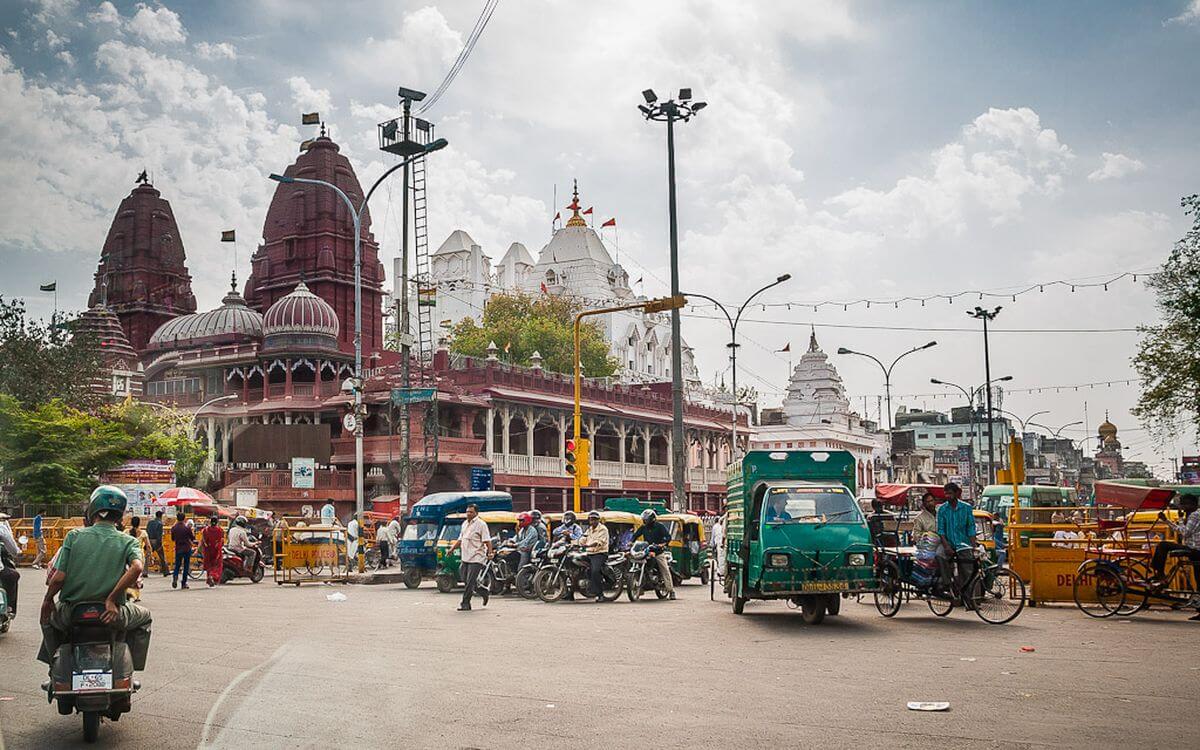 India (Republic of India) is the largest and most populous country in South Asia: about 1.4 billion people live in an area of ​​more than 3.2 million km² (population density is 411.5 people / km²). In terms of population, the state is on the second line of the world ranking. The capital is New Delhi. The country has two official languages: Hindi and English.

India is located on the Indian subcontinent and occupies most of it. The origins of the ancient Indian civilization (the third in time of appearance) are located here. India has always occupied an important place in the world, being the center of trade routes and the cradle of world religions (Buddhism, Hinduism). And today this potential superpower has not lost its importance and is rapidly developing, although still a large part of the population lives below the poverty line. GDP is about 2.6 trillion dollars, per capita is 1877 dollars.

The highest mountain system in the world is the Himalayas and the Thar Desert in the north-west of India have a great influence on the formation of the climate in the country. 4 main types of climate prevail:

There are three distinct weather seasons:

India is one of the countries with the richest diversity of flora and fauna (33% of plants; 12.6% of mammals; 4.5% of birds; 55.8% of amphibians; 45.8% of reptiles are endemic). More than 500 national parks (including 13 biosphere parks) are designed to preserve the unique natural wealth of India.

The land of contrasts is visited by millions of tourists every year: in 2019, more than 10 million people arrived to plunge into the unique atmosphere of the country.

India is a federal state, a sovereign socialist secular liberal democratic republic with a bicameral parliament. 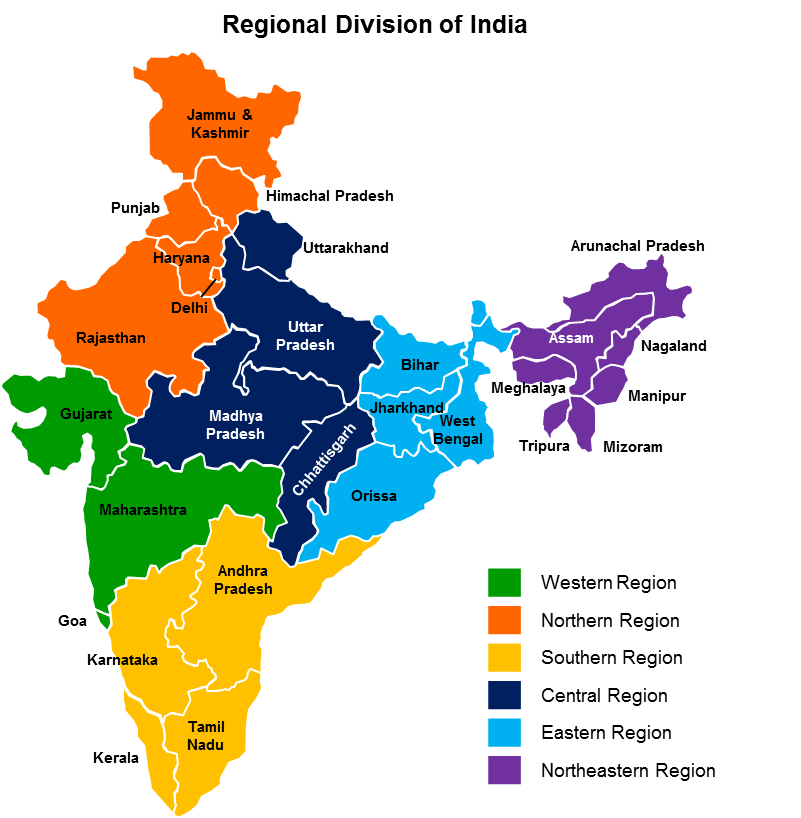 The country is divided into 28 states and 8 union territories, including the national capital district of Delhi.

Currently in India there are:

The most interesting sights of India 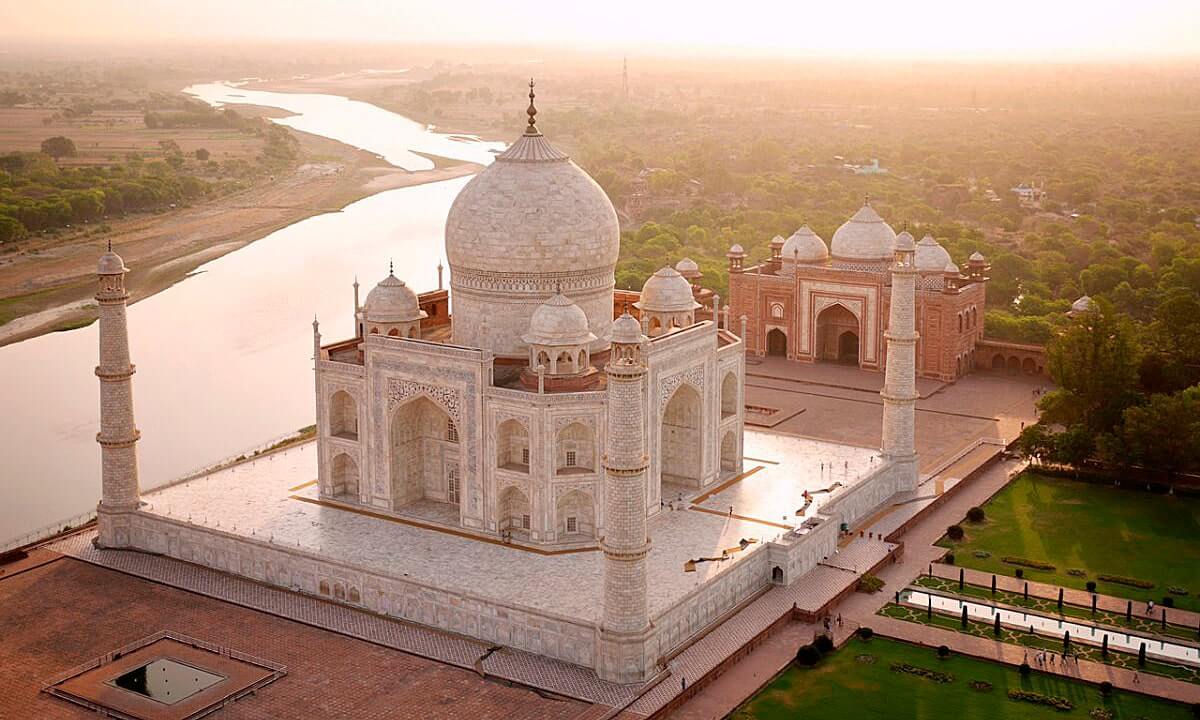 The Taj Mahal (Crown of Palaces) is one of the finest examples of Mughal architecture mixed with Indian, Arabic and Persian styles. This magnificent mosque is located in the north of the country: in the city of Agra on the banks of the Jamuna River (Uttar Pradesh state). The pearl of India was built by order of Shahab-ud-din Muhammad Khurram in memory of his deceased wife Mumtaz Mahal. More than 22 thousand craftsmen took part in the construction.

The architectural complex has a rectangular shape (about 600 m x 300 m) and is surrounded by red sandstone walls. Wall thickness reaches 9 m. The mausoleum is built of polished translucent marble and is a five-domed structure with a height of 73 m on a platform. In the corners there are 4 minarets 41 m high, inside there are two tombs (of the shah and his wife). The white walls, adorned with intricate marble carvings and inlaid gems, have the unique ability to change color: they turn pink at sunrise, and silver in the moonlight. There is a beautiful park with marble paths, fountains and a swimming pool near the mosque (the area of ​​the garden and park zone is 300 km²).

Since 1983, this architectural masterpiece celebrating love has become a UNESCO World Heritage Site, which is visited by about 5 million tourists annually. 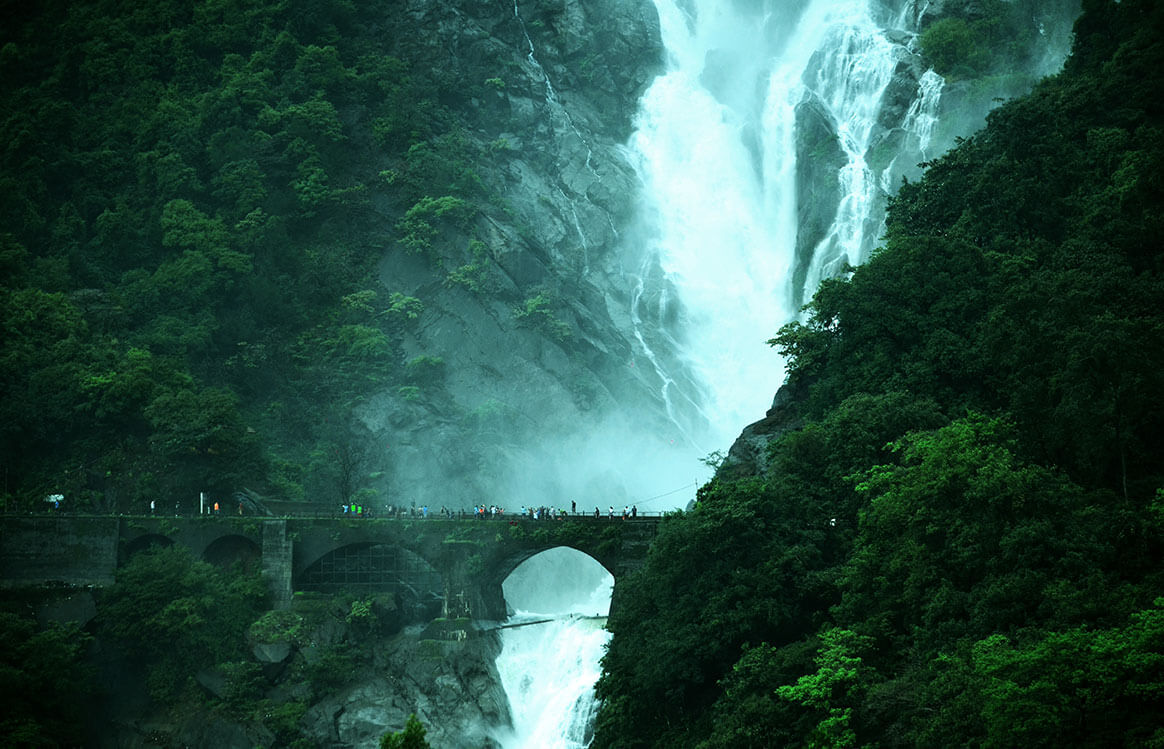 Dudhsagar Falls ("sea of ​​milk") is one of the highest waterfalls in India (5th place). Located on the Mandovi River in the Bhagwan Mahavir Nature Reserve and Mollem National Park (60 km from the state capital of Goa, Panaji). The height of this four-tiered waterfall is 310 m, and the width is 30 m, the total length is more than 600 m. At the waterfall there is an ancient bridge, built in colonial India.

The waterfall looks especially impressive during the monsoon season, but it is difficult to get to it at this time. The best time to visit is from November to February.

No less interesting are the surroundings of the waterfall, which are dense deciduous forests with rich flora and fauna. Tourists cannot avoid meeting wild monkeys 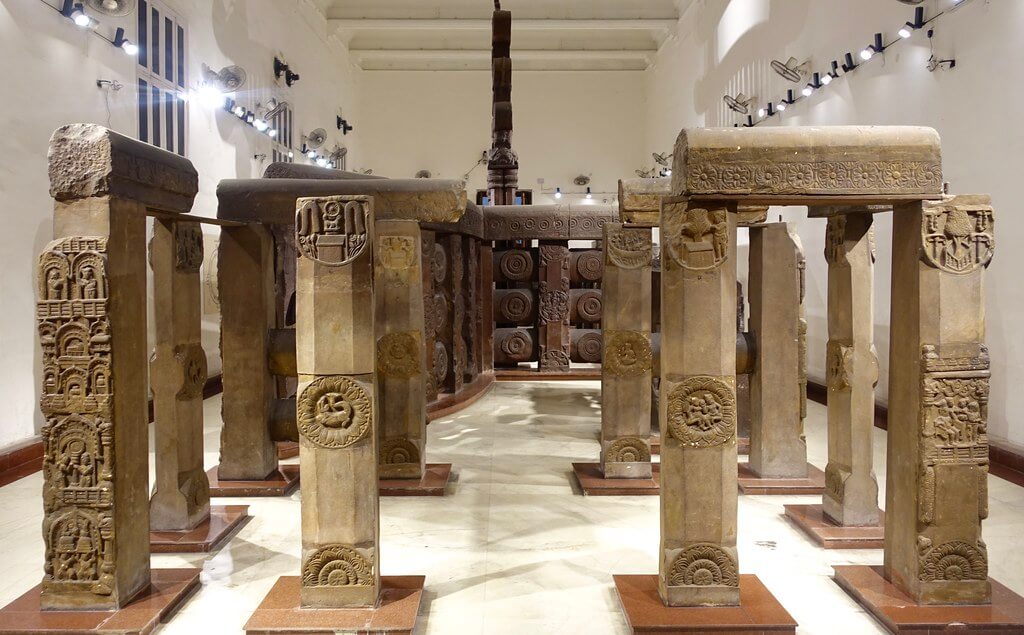 The Indian Museum is the oldest museum in India and is also one of the oldest galleries in the world. Founded in 1814 by Danish biologist Nathaniel Wallich in the city of Serampore near Kolkata. Built in 1875 in the Victorian style, the museum's own 3-storey building has become an outstanding architectural monument. Today the museum is also a center for research into the traditions, culture and history of India.

The museum has 35 galleries with over 100 thousand exhibits.

Of particular interest to visitors are the skeletons of prehistoric animals, the ashes of the Buddha, the sparkling pillar of Ashoka, artifacts of the Harappan civilization and the emerald cube of Shah Jahan. 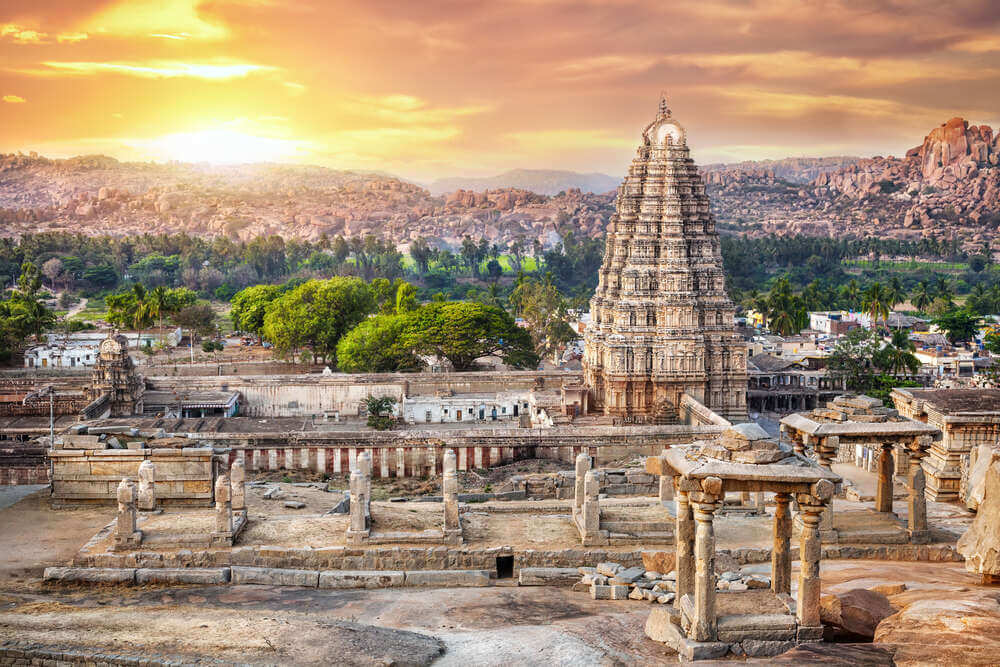 Hampi is a settlement located on the banks of the Tungabhadra River in the north of Karnataka (southwest India). The small village is located in the center of the ruins of the former capital of the Vijayanagar Empire, one of the richest cities in the world, which existed more than 400 years ago.

Hampi is a cult place and an important center of Hinduism, which has preserved a large number of architectural monuments, scattered over a large area around the village. The 120-meter high Matanga hill is one of the shrines of India, which offers a stunning view: temples, ruins of markets and various baths, and much more. The ruins occupy an area of ​​26 km².

In the vicinity of the village there are numerous huge boulders that were used by ancient sculptors to create statues of deities. And now this unique landscape is a mecca for rock climbers, fans of bouldering.

Until now, about 300 ancient temples have survived in Hampi:

Ruins of Vijayanagara (Hampi Monuments) has been a UNESCO World Heritage Site since 1986.

The amazing city of Jodhpur was founded in 1459 and is located at the foot of the Marwara Cliffs on the outskirts of the Thar Desert, in the northwestern part of the state of Rajasthan. This city is also called the City of the Sun for the always good weather or Blue City for the blue roofs of houses, as a sign of the place of residence of the brahmanas. Today the city is home to over 1.1 million people.

On Chittar Hill, there is the world's largest private residence: the Umaid Bhawan Palace. The area of ​​the palace complex is 10.5 hectares (1.4 hectares of buildings, 6.1 hectares of gardens).

On the top of a 125-meter hill on the rocks of Marwara, the founder of the city of Jodhpur erected the Mehrangarh fort, Sun fortress. The impregnable fortress with an area of ​​0.2 km² is one of the largest defensive structures in India (the height of the walls is from 6 to 36 m, the width is 21 m). Behind the fortress walls, tourists discover the splendor of the palace complex, which includes:

To get inside the fort, you need to go through 7 gates. 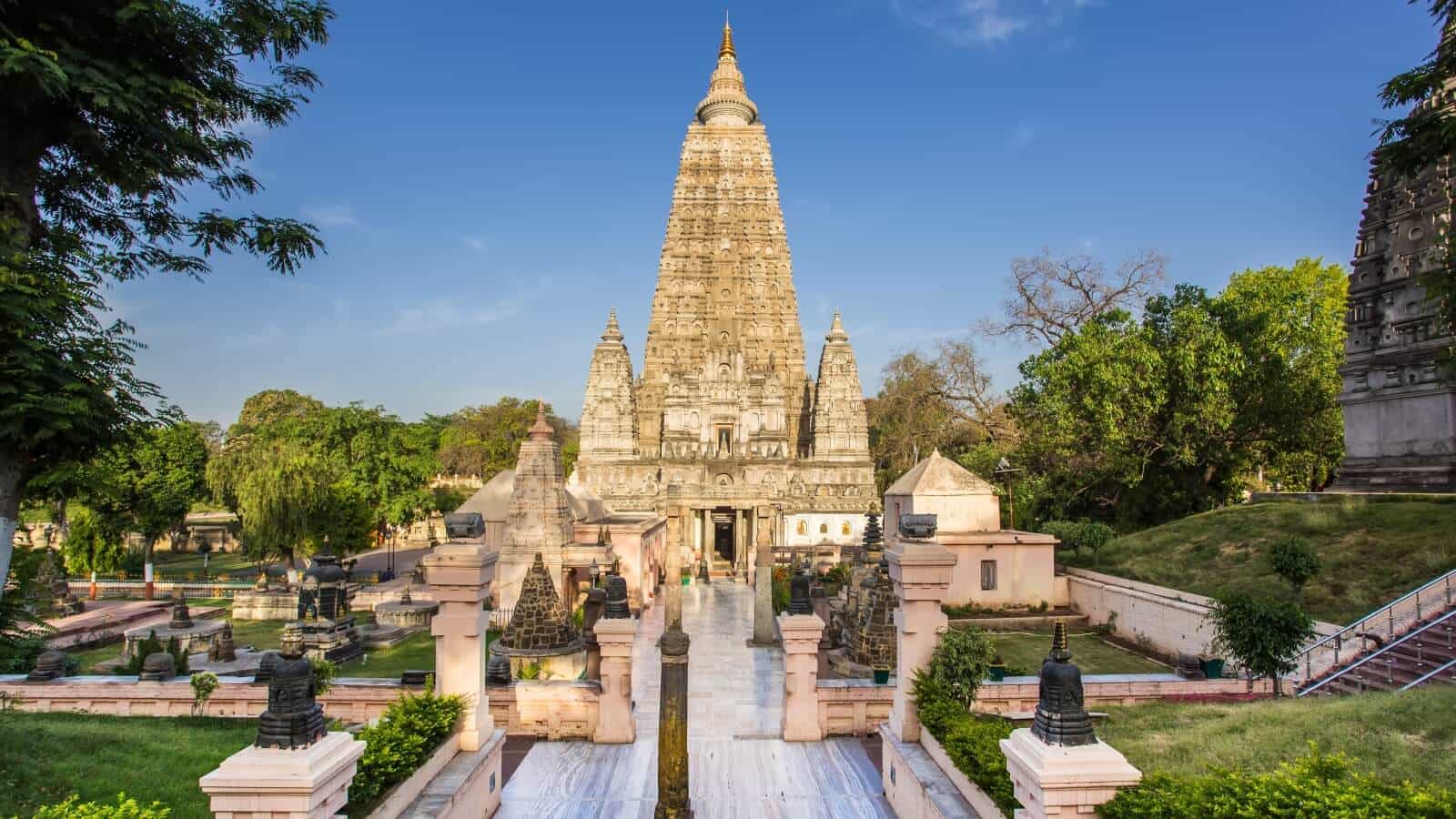 The Mahabodhi Temple (Temple of the Great Awakening) is located in the small town of Bodh Gaya, Bihar state. The founder of the temple is considered to be King Ashoka, the ruler of the Mauryan empire. And the date of foundation is 260 BC. The temple is built on the site where Gautama Siddhartha attained his enlightenment and became a Buddha. The Bodhi tree in Uruwella Grove is sacred to Buddhists and is also part of the temple complex. The sacred relic is the banyan tree (ficus, Indian fig tree).

This unique architectural monument is considered one of the oldest brick buildings in eastern India. The temple is built in the form of a multi-tiered pyramid with four entrances. Its height is about 50 m.

Today the town of Bodh Gaya is one of the main places of Buddhist pilgrimage. More than 400 thousand people visit the city annually.

Since 2002, the Mahabodhi Temple has been included in the UNESCO World Heritage List. 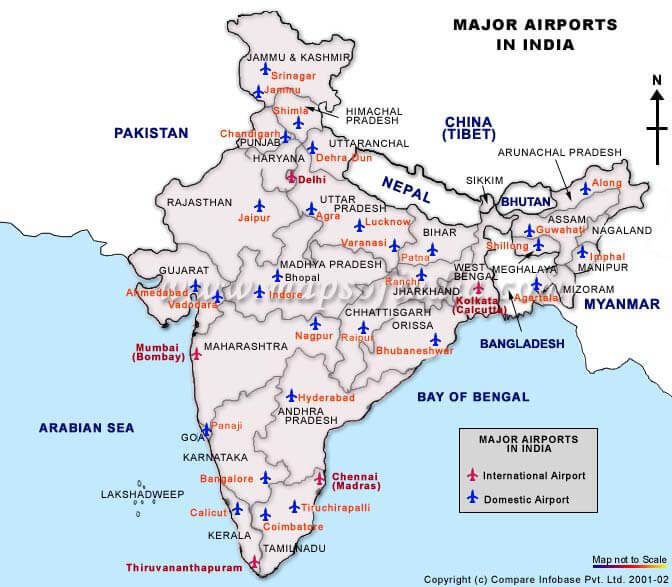 The first railway in the country appeared in 1853. The entire railway system has been nationalized, and virtually the sole owner is the state-owned Indian Railways.

Rail transport is the most popular and demanded mode of transport in India: cheaper than air and more comfortable than bus transport.

In terms of the length of the railway track, the Indian railway ranks 4th in the world (63.1 km). The annual passenger turnover is 6 billion people, and cargo transportation is 350 million tons per year.

The downside of widespread and widespread use of rail transport is the leadership in the number of rail accidents. 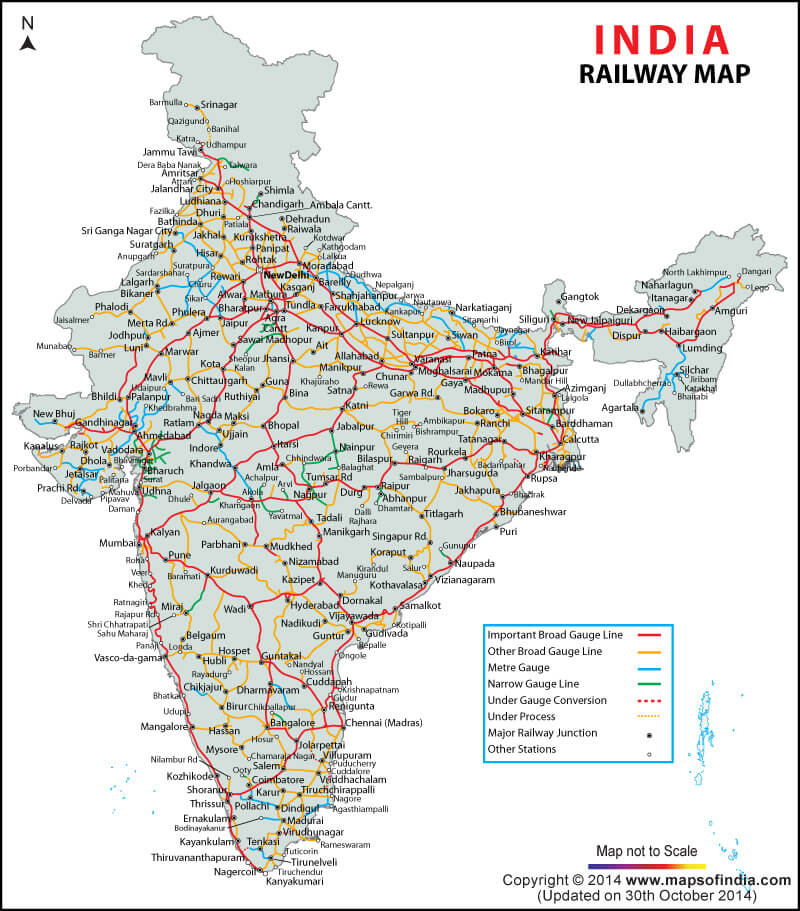 The total length of roads in India in 2017 was 5.6 million km (200 km of expressways). It is the second largest in the world after the United States. India's National Highways network covers all major cities as well as state capitals. Passenger traffic using road transport accounts for 80% of all traffic in the country, freight for about 65%. Federal roads, which occupy 2% of the entire road network, provide 40% of traffic.

The roads are of good enough quality for comfortable movement, mostly three- and four-lane. Left-hand movement. There are many toll roads.

Part of the National Highway Development Project in India is the Golden Quadrangle project (5846 km between Chennai, Calcutta, Delhi and Mumbai). 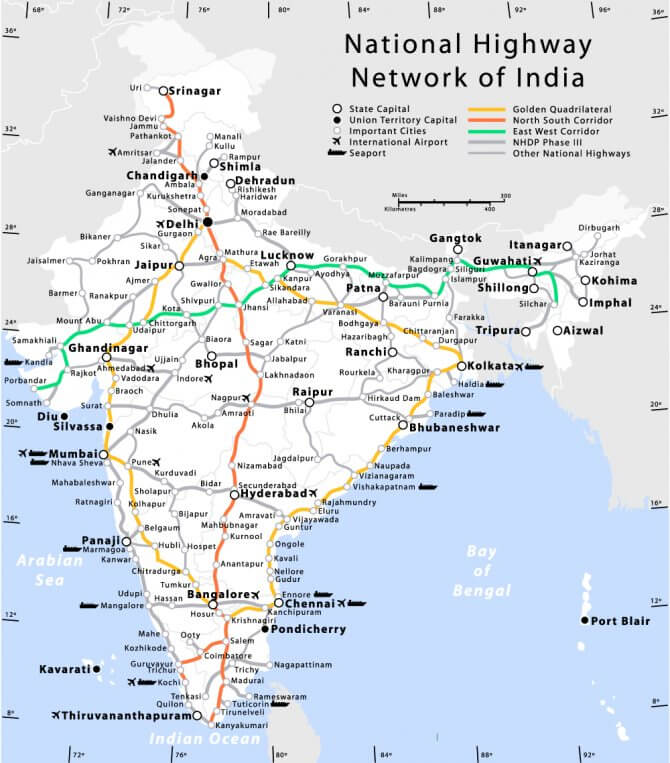 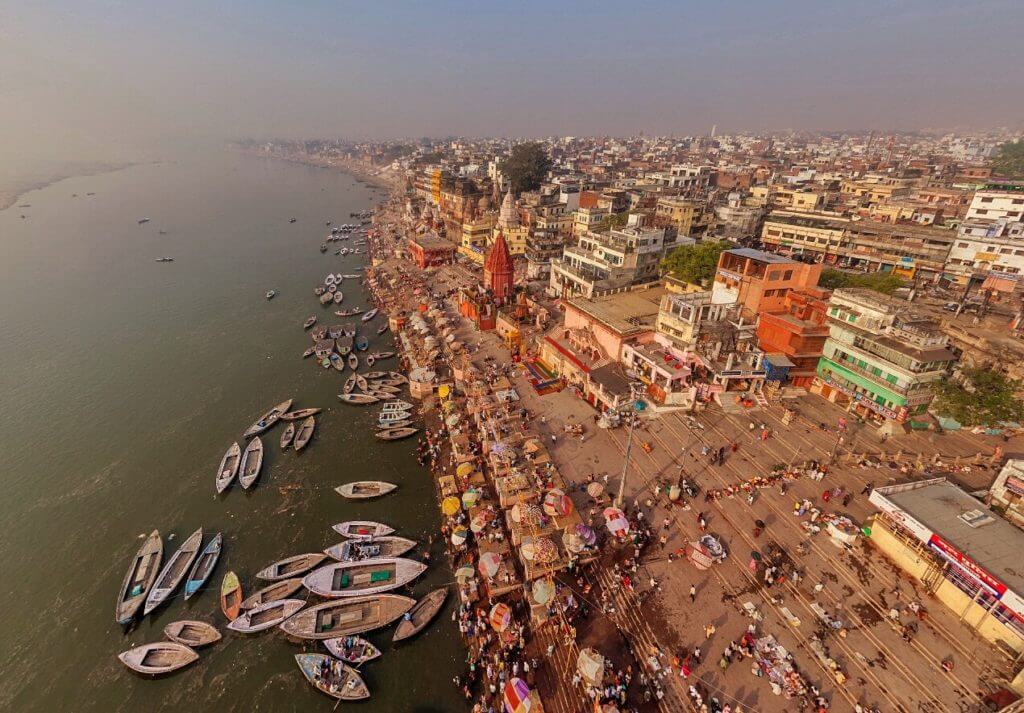 While in India, it is impossible to ignore one of the deepest and longest rivers in the world: the Ganges (the heavenly river that descended to earth). It ranks third in the world in terms of water content, collecting its waters from an area of ​​1,060,000 km² and extending over 2,700 km. The river fauna includes over 350 species of river creatures and 143 species of fish, as well as the river dolphin and several species of crocodiles.

The waters of the Ganges have self-purifying and healing properties, thanks to the huge number of bacteria and bacteriophages. This unique feature was discovered in 1896 by the British bacteriologist Ernest Hankin. The most sacred river in Hinduism plays a huge role in the daily life of the inhabitants of India:

Despite the fact that the Sacred Ganges originates from the Gangotri glacier high in the Himalayas and is originally a crystal clear river with unique water properties, further downstream it becomes one of the dirtiest rivers in the world. This happened due to: overpopulation, pilgrimage, industrial wastewater, tons of household waste and original burial rituals.