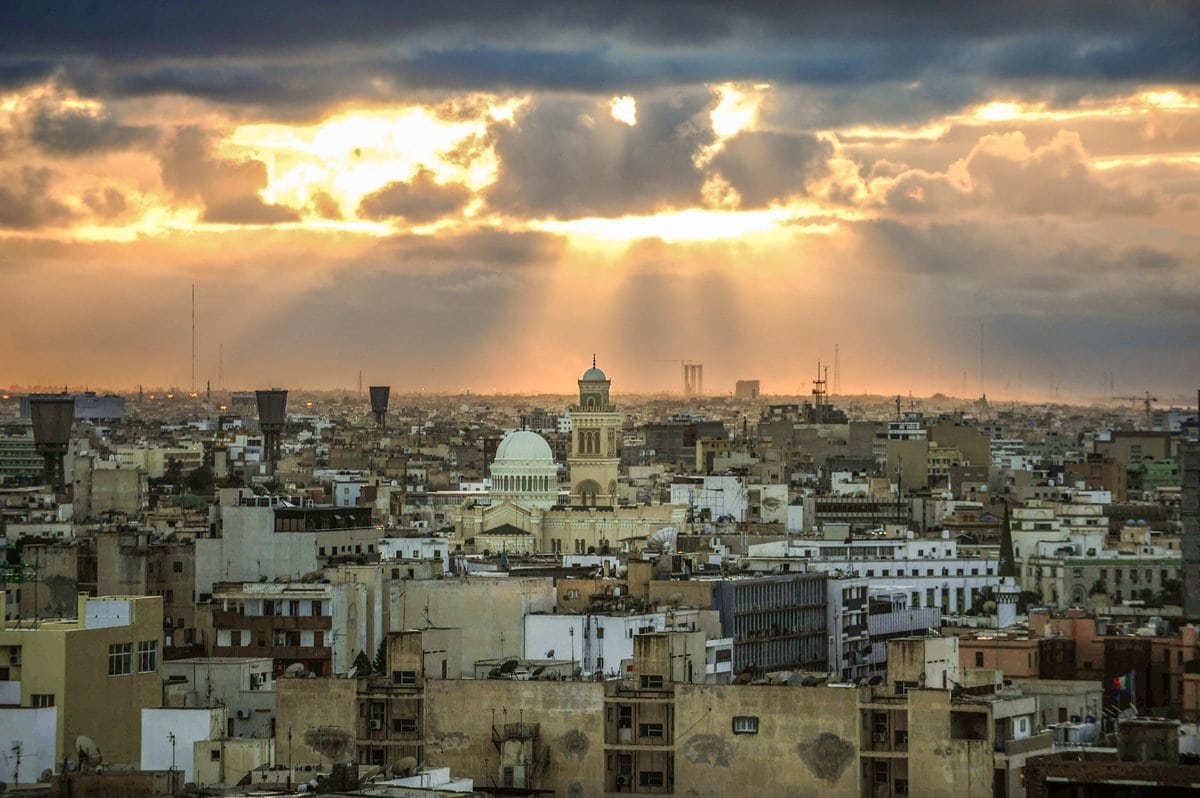 The state of Libya is the fourth largest country in Africa (area of ​​1,759,541 km²). The fairly homogeneous population of the country is more than 7.2 million people (population density is only 3.2 people / km²). About 2 million inhabitants of the capital Tripoli.

Libya is located in the north of the African mainland on the Mediterranean coast and has the longest coastline (1,770 m) among the Mediterranean countries. It shares borders with Algeria (west), with Chad and Niger (south), with Egypt (east), with Sudan (southeast). The total length of the land border is about 4.3 thousand km.

The highest point is Mount Bikku-Bitti (height 2267 m). Located on the Tibesti mountain plateau in the south of the country. 90% of the territory is occupied by the desert therefore the flora and fauna are poor: 80 species of mammals (5 endemics), 360 species of birds, Mediterranean shrubs, Aleppo pine, juniper, cedar. The rivers are filled with water only during the period of rare rains.

Historically, the country is divided into three parts:

The climate in Libya is predominantly dry with a large difference in daily temperatures: mostly tropical and subtropical (in the north). Average temperature on the coast: in winter + 11 …… + 12 (January), in summer - + 26…. + 29 (July). In other regions, summer temperatures reach +36 during the day and 0 at night. There is little rainfall (less than 100 mm per year) and only in certain areas on the coast up to 400-600 mm per year.

The economy is based on oil and gas production. The lack of large areas for agricultural development is compensated by the ability to harvest several crops a year but even this does not meet the country's food needs. With a fairly developed manufacturing industry (mainly metalworking and machine-building enterprises), Libya is the main supplier of weapons in Africa and a profitable and promising market for weapons sales. In addition, the country remains interesting to the world community as one of the largest suppliers of oil and natural gas.

Tourism fell into disrepair caused by years of civil war. Scattered parts of the country are at war with each other from time to time. Today Libya does not issue tourist visas which is why it is considered the most closed country in the world. It is extremely difficult to obtain a business visa and it is just as difficult to get to Libya itself. The official government controls only Tripoli.

Alcohol has been banned since 1969. The punishment is imprisonment.

Libya is administratively divided into 22 municipalities, each of which has its own specifics and standard of living. 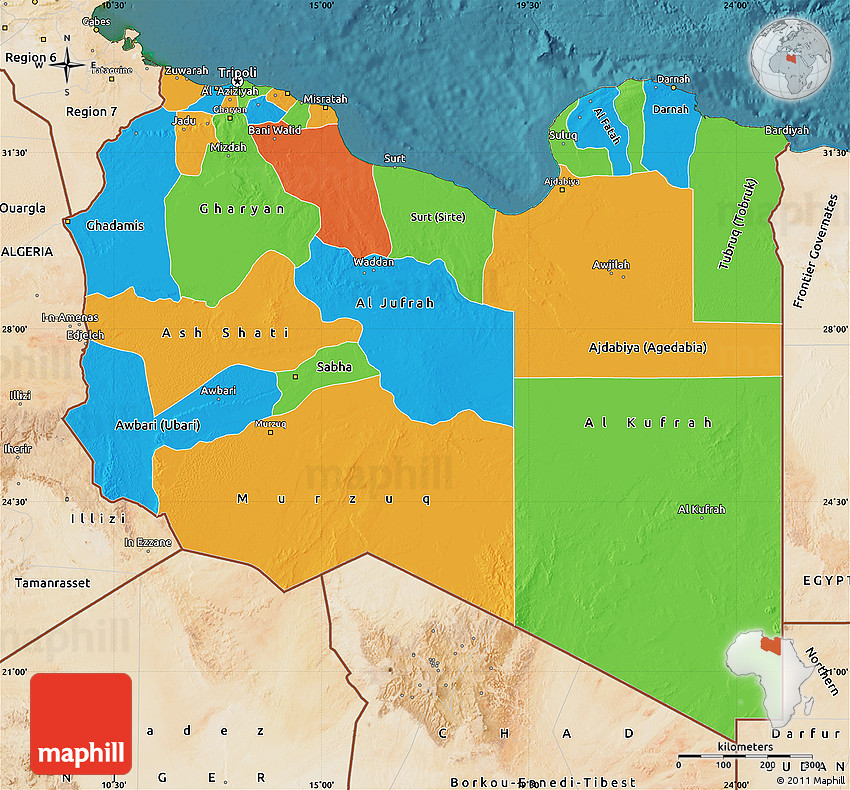 The most interesting sights of Libya 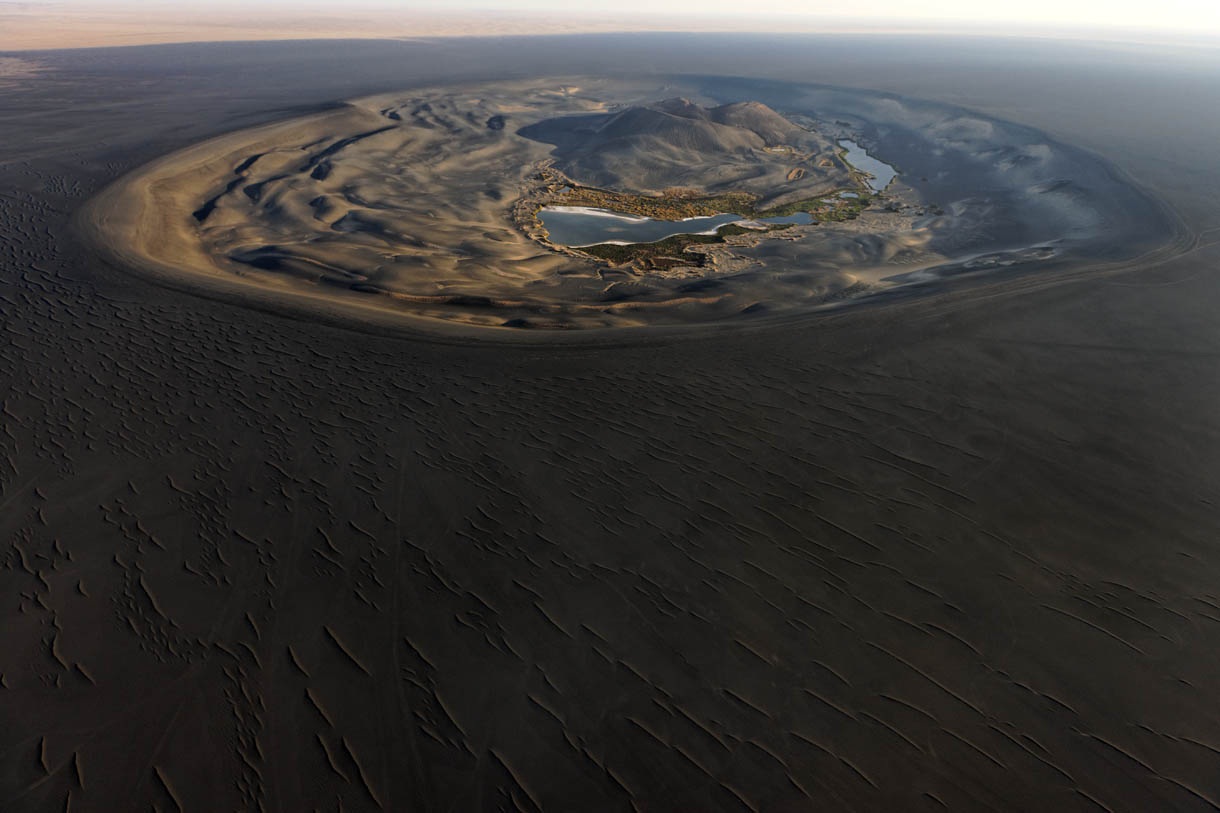 Ubari Oasis is located in the southwest of the country in the Sahara Desert (Wadi al-Hayat municipality). Local residents: Tuaregs belong to the Berber group of tribes and are distinguished by their belligerence. But today the population of Ubari lives mainly on nomadic herding.

Oasis Ubari is one of the most beautiful oases in the world. On its territory there are 11 salt lakes surrounded by lush vegetation which were once part of a large aquatic ecosystem. Today the lakes are subject to gradual drying up as they have no external recharge. Salt is mined in their waters (the salt content is close to the amount of salt in the waters of the Dead Sea).

The oasis is a popular and frequently visited destination for tourists. Favorable months to visit: October to May. 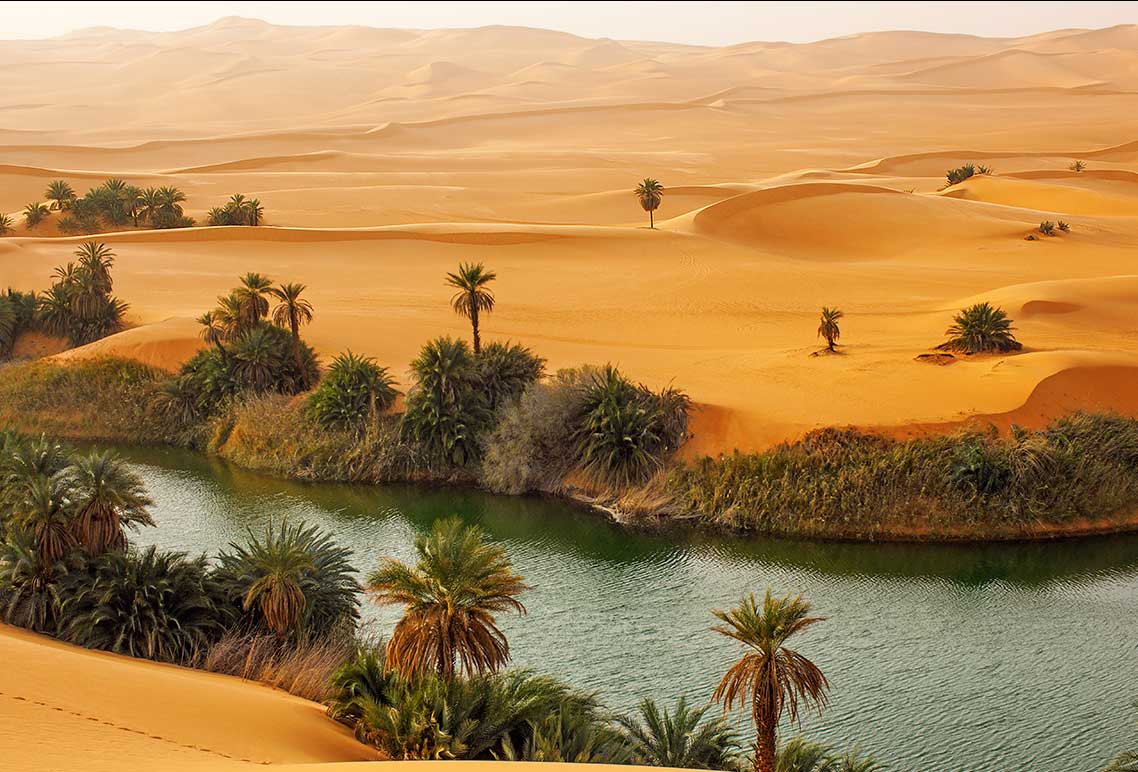 The largest lake in the Ubari oasis is Lake Umm Al-Maa (Mother of Water). The water in the lake is very salty, saturated with various minerals and its layers have a large temperature difference: the lower layers of water are hot and can reach +100, the upper ones are always cold. 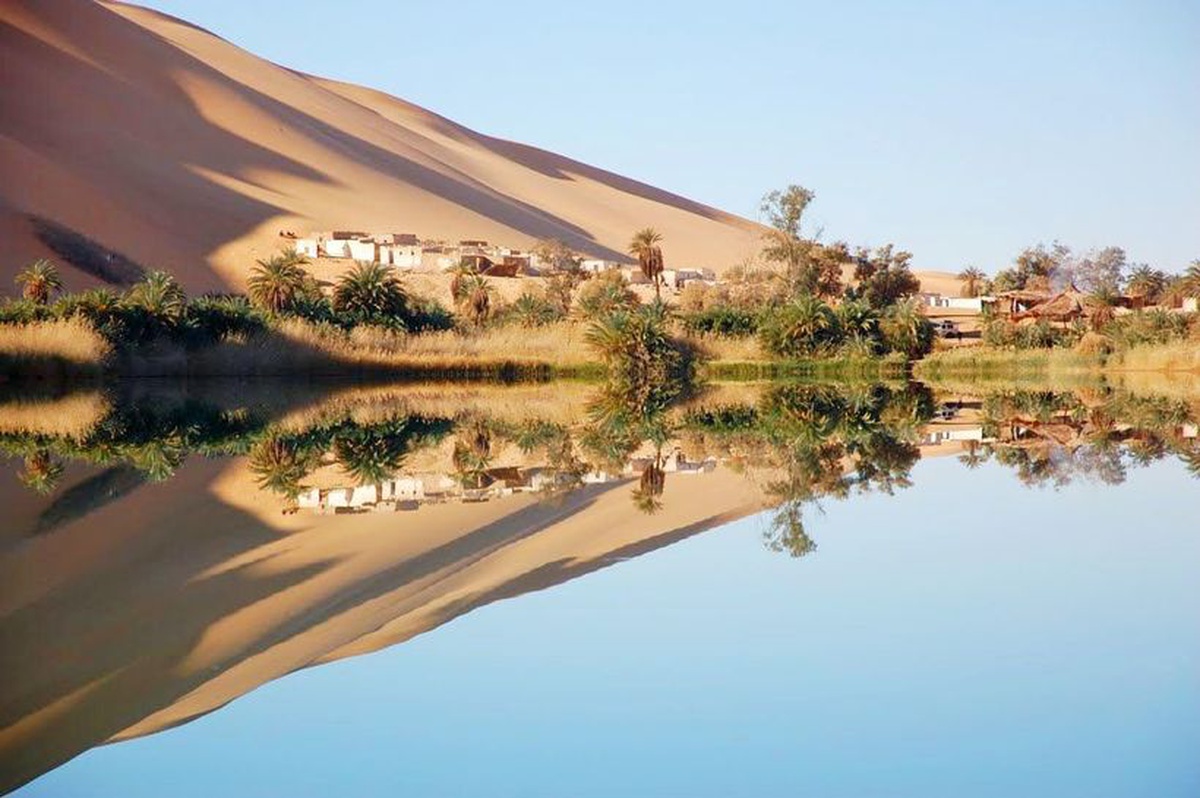 One of the largest lakes in the Gaberoun oasis is surrounded by a green ring of palm trees. The salt content of its waters is five times the amount of salt in seawater.

On the northeastern shore of the lake there is a tourist camp, on the territory of which a souvenir shop is open. It features traditional Berber handicrafts and jewelry. On the west coast are the ruins of an old Bedouin settlement. 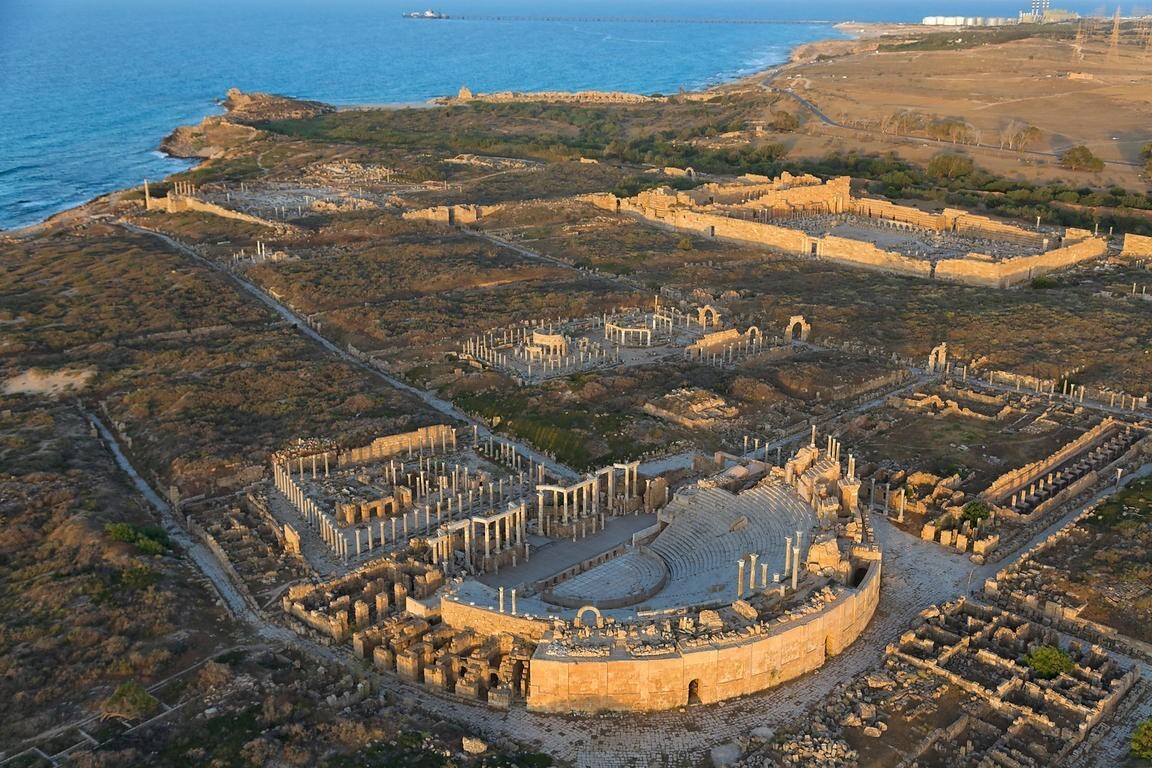 A unique UNESCO World Heritage Site, the ancient city of Leptis Magna in Tripolitania (130 km east of Tripoli) is today a famous open-air museum. The exact date of the founding of "African Rome" (Phoenician colony) is unknown but scientists presumably call it 1100 BC.

The oldest city in Libya played an important role in the formation and development of the Libyan state:

The flow of tourists (before the closure of the country) was insignificant, despite the majesty and significance of the attraction, it was small. Mainly archaeologists were interested in the architectural monument.

On the territory of the ancient city there is a museum which contains antique sculptures, the world's largest coin warehouse, etc. 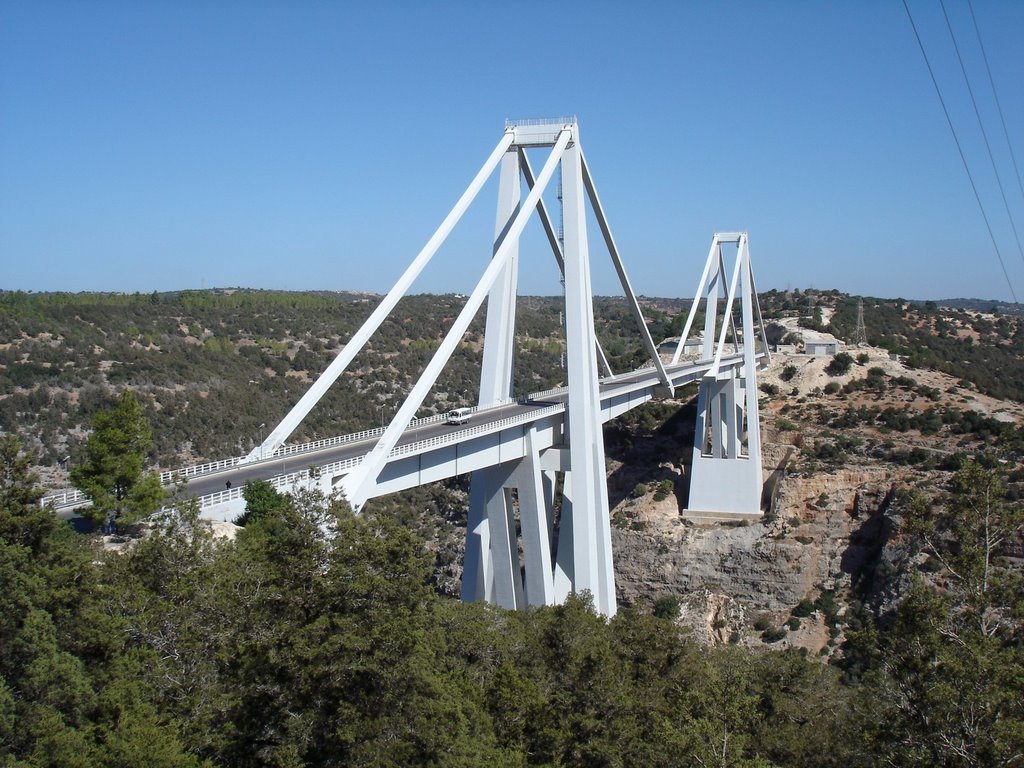 The most famous national park of Libya is El-Kuf. It is located on the territory of 350 km2 along the north-eastern Mediterranean coast of the country (the length of the coastline is 20 km). The park was founded in 1975 and is part of the seven national parks of Libya.

On the territory of the reserve:

The park is located 150 kilometers from the city of Benghazi and attracts about 300 thousand tourists annually.

Wadi Al Kuf is the second highest bridge on the African continent. Located not far from the national park. Its length is 477 m, width 13.5 m, height 160 m. The span of 282 m has become the longest concrete cable-stayed bridge span in the world. 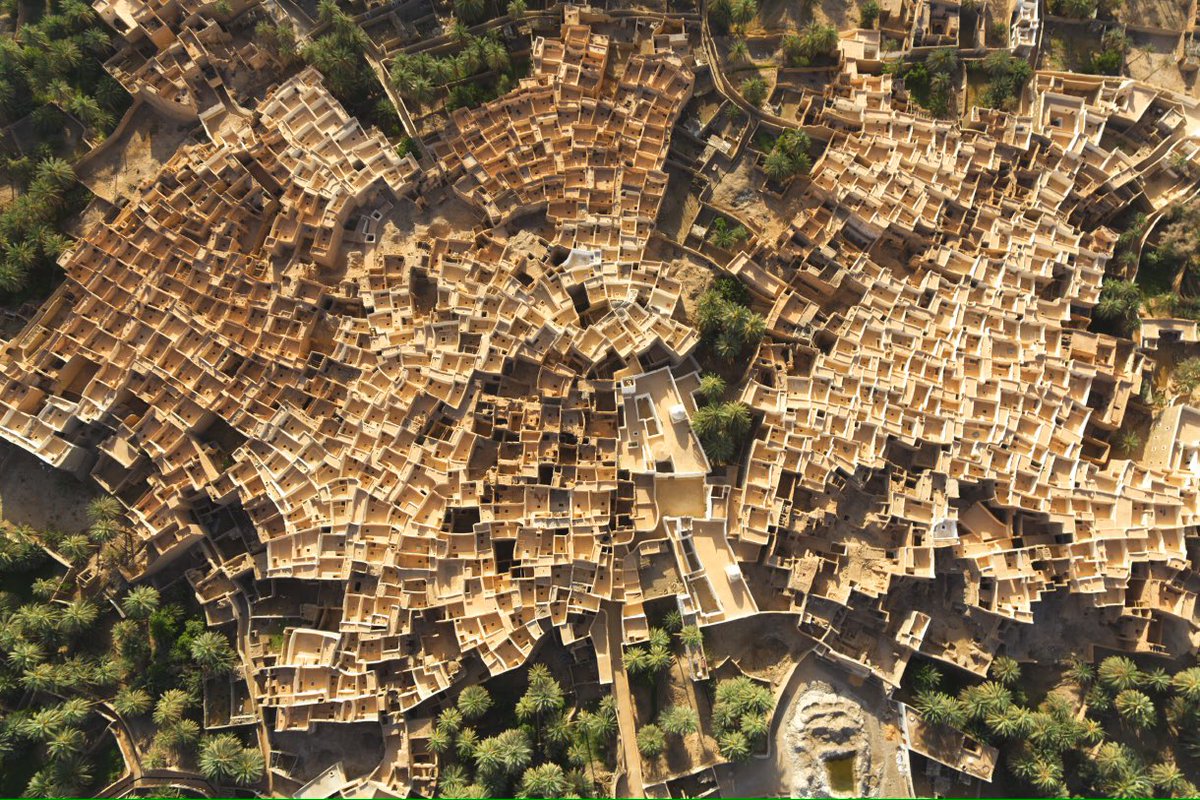 Ghadames is one of the most ancient Berber cities in Africa. The city was built in the oasis of the Sahara Desert in northwestern Libya in a strategically important place at the intersection of caravan routes (area 38.4 hectares, population 10 thousand inhabitants, ethnic composition: Tuaregs).

Travelers of trade caravans found shelter from the heat in the oasis city which became known to the world as the pearl of the desert.

The old historical part of the city, surrounded by the city wall, has been a UNESCO World Heritage Site since 1986 (object No. 362) and is currently deserted. The city is divided into quarters, each of which belongs to a separate clan.

The entire architecture of urban buildings is unique and is aimed at making it possible for humans to exist in the high temperatures of the desert climate. The houses are built of earth, palm trunks, limestone, and painted white.

The internal architecture is subject to a clear functional division:

And now, in the summer, the former Roman fortress shelters its owners from the unbearable heat of the desert, who live in a new modern city nearby. 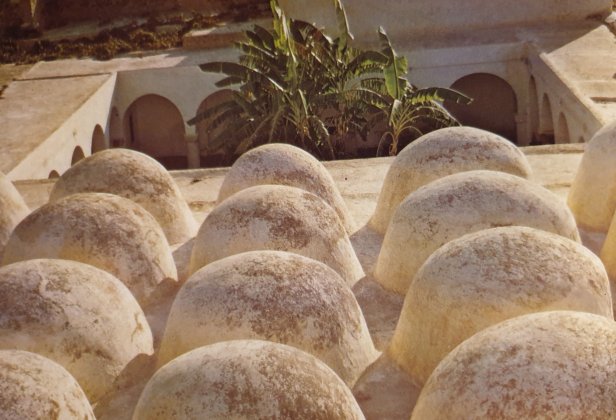 The oldest and most revered mosque in the Libyan capital is the In-Nika Mosque (Camel Mosque) in Tripoli. Officially, the building dates back to 1560 but, according to legend, the building was built in the X-XI centuries. The attraction is located in the southeastern part of the city.

The building has an area of ​​282 m². Built in the Libyan architectural style with one minaret, a large number of small domes (32 domes), laconic lines and simple decoration without inscriptions or carvings. The unique architecture distinguishes the mosque against the general background of the buildings of the capital city.

Libya has developed both international and domestic air traffic. Today there are more than 50 hard-surfaced airfields.

The largest railway stations in Libya

All railways and stations in Libya have been dismantled and closed. But today there are intentions and plans to implement plans to restore the railway network in the country. In the future, it is planned to lay a railway along the entire coast: from the border with Tunisia to Egypt. 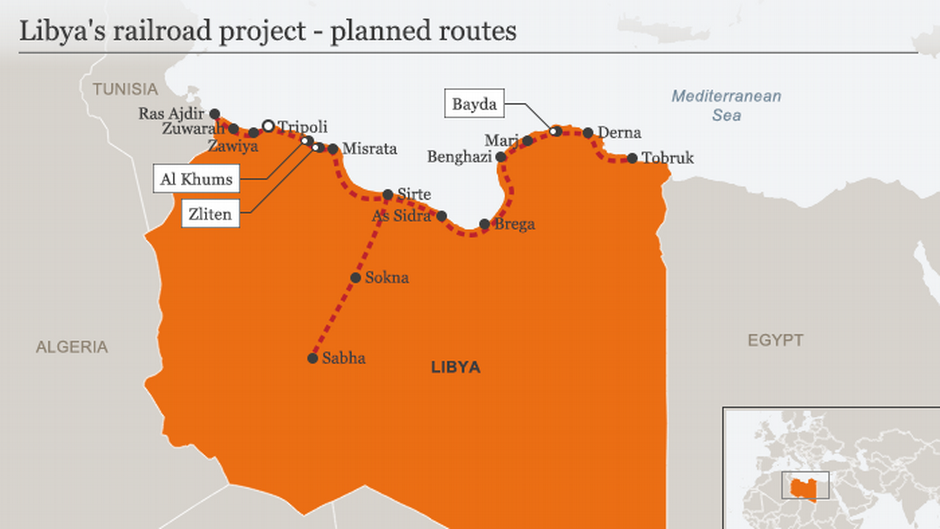 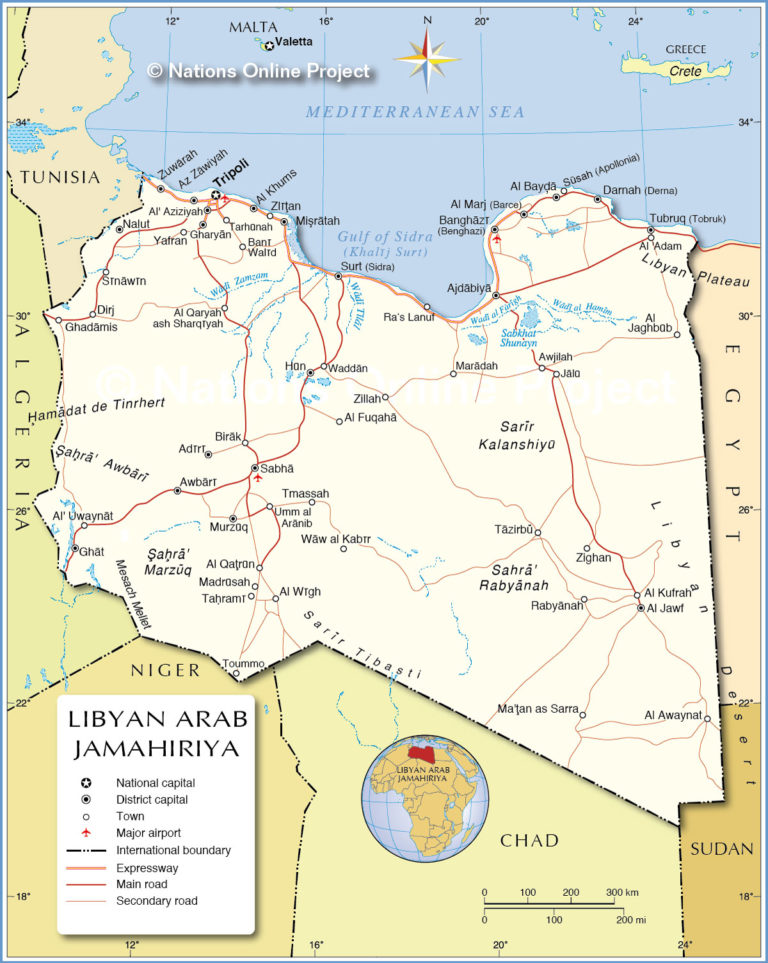 The total length of roads in Libya is about 100 thousand km, highways are about 48 thousand km which connect almost all the cities of the country with a single network.

The main highway (Libyan Coastal Highway) which stretches 1,822 km from east to west along the Mediterranean coast of Libya (from Tunisia to Egypt), meets the highest quality standards for road surfaces. The highway is part of the Cairo-Dakar Route 1 (Trans-African Highway System).

Automobiles are the main mode of transport in the country. Almost every Libyan owns a car and Africa has the highest number of cars per capita.

Bus service is well developed. Taxis and minibuses are at the service of the population. 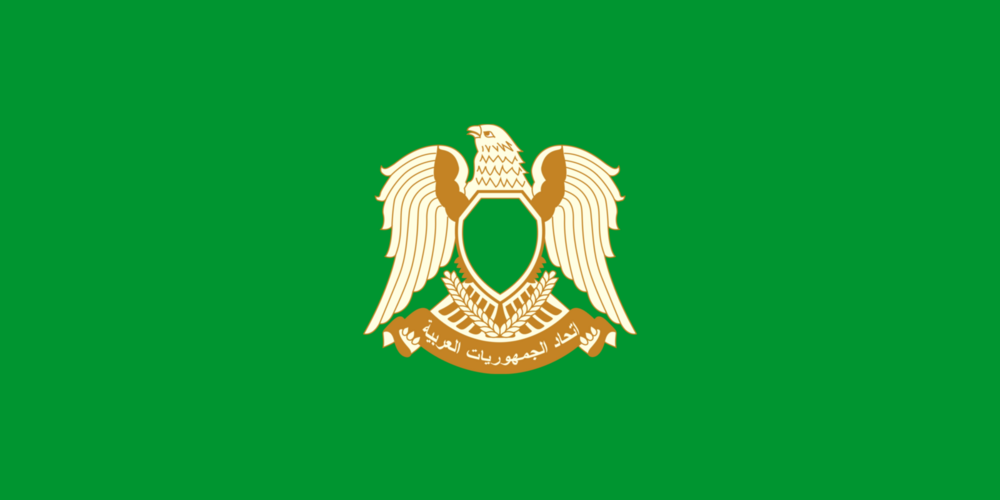 Jamahiriya (Arabic. Jamahir - the masses) is a non-standard form of the political and social structure of the state. The basics of the Jamahiriya were laid out by the leader of Libya: Muammar Gaddafi. In his three-volume Green Book where he substantiated in detail the advantages of the Jamahiriya as a state system.

The Great Socialist People's Libyan Arab Jamahiriya was formed on March 2, 1977. In 1988 the Libyan Jamahiriya adopted the Great Green Charter dedicated to human rights. After that, the regular army was abolished, replaced by the Jamahiriya guard.

The provisions of the Third World Theory of Gaddafi determined the implementation of the principle of direct democracy in the absence of the institutions of the president, parliament, government and party. "Jamahiriya is an era when everyone rules ... This is a society that embodies the dream of communism, anarchy, the City of the Sun" (M. Gaddafi).

The entire adult population of the country participated in the state administration of the Great Socialist People's Libyan Arab Jamahiriya and Gaddafi served as the Supreme Commander-in-Chief of the armed people. Many educated communes had full power, each in its own district but in reality Gaddafi ruled the country and no important decision was made without him.

On February 11, 2011, Libya held a "Day of Anger" which marked the beginning of mass unrest and became the starting point of a civil war between opponents and supporters of Gaddafi's rule. On October 20, the era of Gaddafi ended: the extraordinary revolutionary and leader of Libya, who challenged the world, was killed.

Libya became the only country in the world in which the Jamahiriya was the official form of government. But in some countries, for example, in Egypt and Tunisia, it is still the basis of statehood.