Russia is a state located in Eastern Europe and North Asia; simultaneously occupying territories on the European continent and on the Asian one. Most of the line dividing Europe and Asia passes precisely through the territory of this country.

Russia is a federal semi-presidential republic, a potential superpower. It is the largest country in the world in terms of area (17 million 125 thousand square kilometers, or 6 million 612 thousand square miles), and the ninth in the world in terms of population (146.7 million people) with a population density 8.4 / km 2 (21.8 / sq mi). The territory of the Russian Federation has 11 time zones (from UTC +02: 00 to UTC +12: 00).

The country ranks 11th in the world in terms of nominal GDP; the human capital index in Russia is 68%, and this is the 41st place in the world ranking of the World Bank.
Tourist opportunities in Russia:
It is ranked in the top ten countries in the world by the number of international tourists visiting the country.

Russia has a high growth potential in the tourism industry, because It has:

Due to its size and location, the climate and weather of Russia is very diverse:

Therefore, the country is characterized by a distinct division into warm and cold seasons, and strong temperature drops. 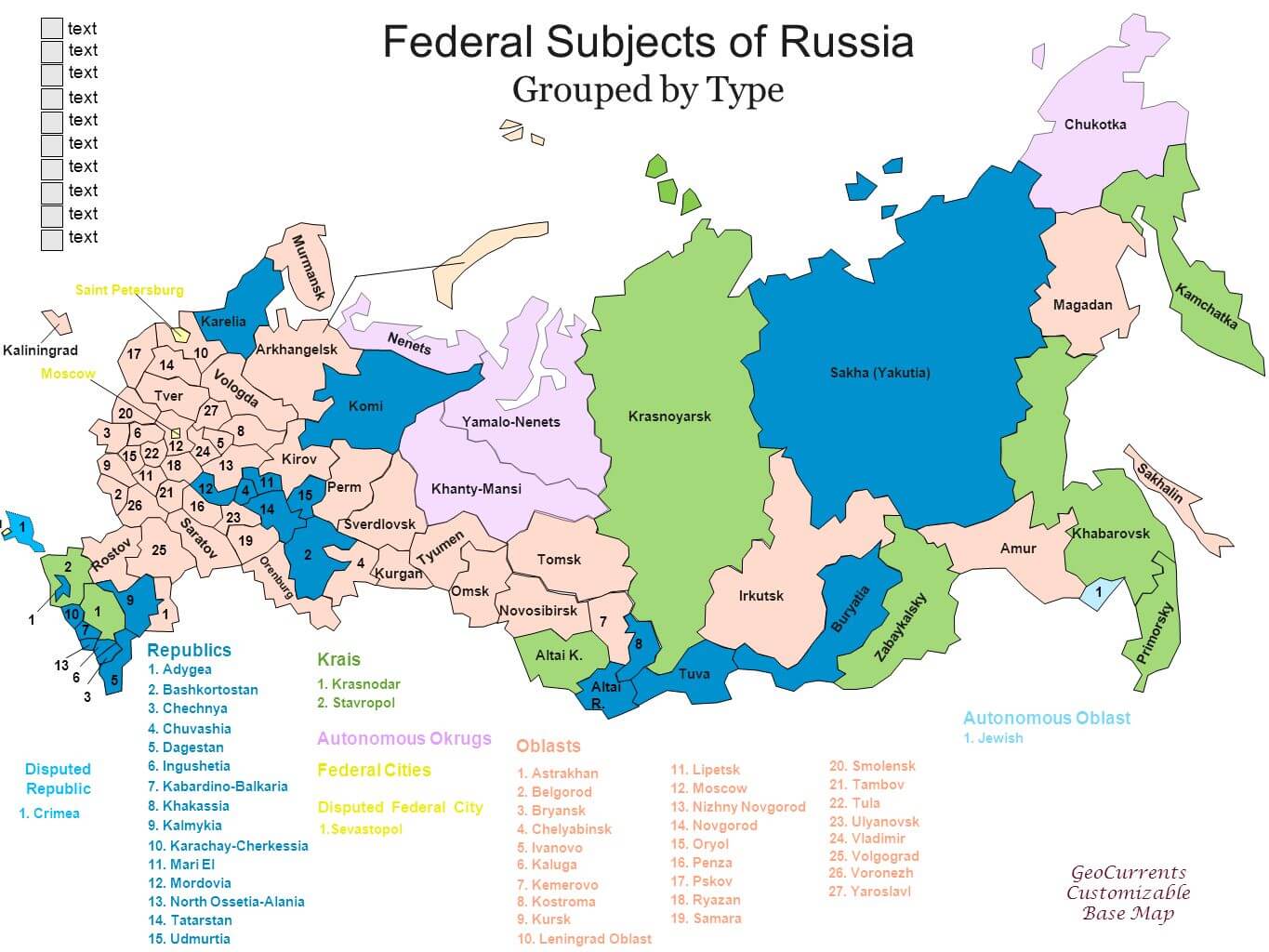 22 countries border on Russia, of which four have only sea borders: 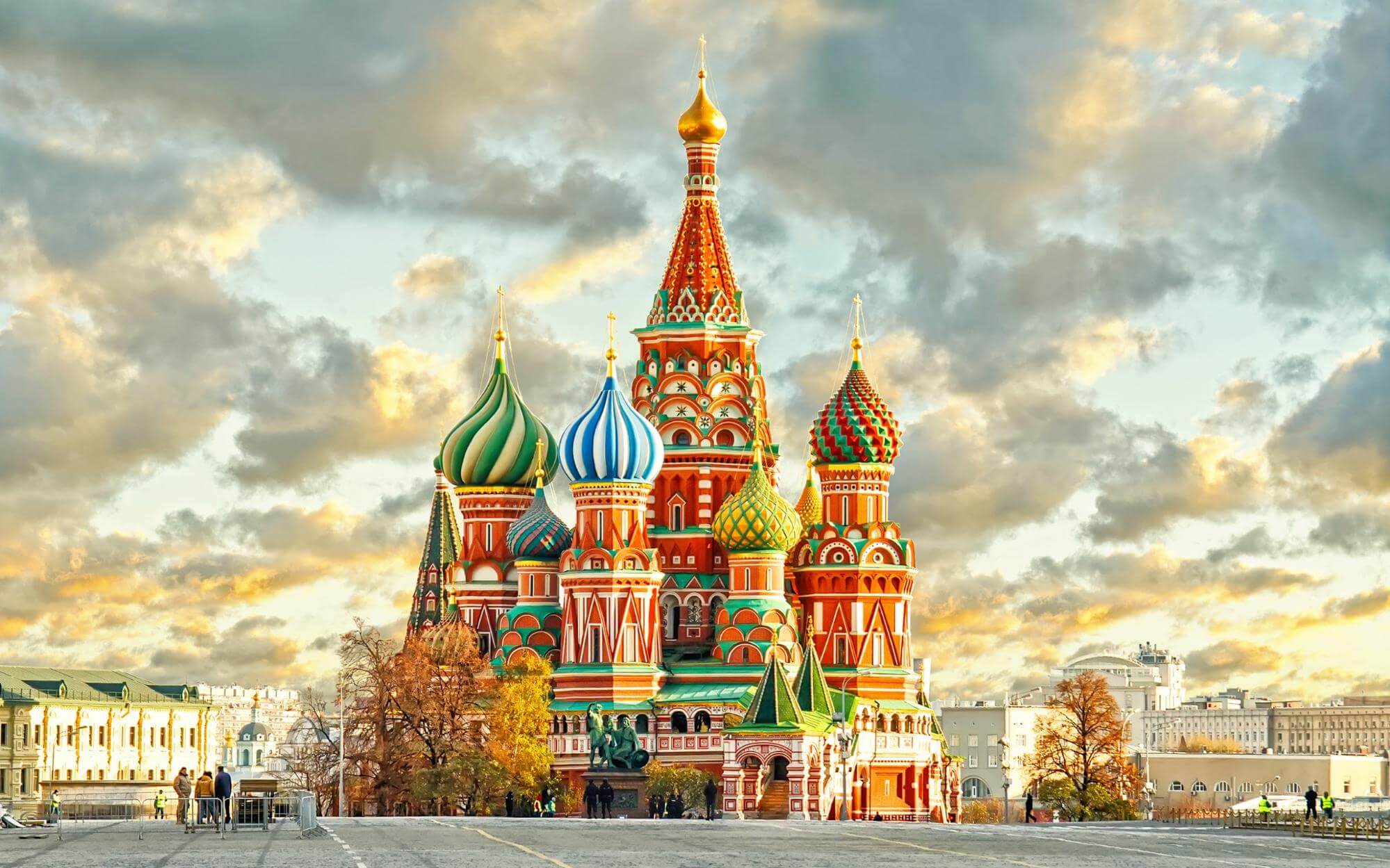 The official name of the attraction is Cathedral of the Intercession of the Most Holy Theotokos on the Moat, "popularly" called The Cathedral of Vasily the Blessed (Russian: Sobor Vasilia Blazhennogo).

One of the most famous symbols of Russia, built in 1561 in honor of the victory over the Kazan and Astrakhan khanates. Cathedral is located on Red Square in the city of Moscow, the capital of the Russian Federation. In the past, it was an Orthodox tent-roofed church, now it is a branch of the State Historical Museum, in which the Russian Orthodox Church conducts periodic services. The domes of the temple have bizarre shapes, similar to tongues of flame. Included in the list of UNESCO World Heritage Sites.
Location:  Krasnaya Sq., Moscow, 109012 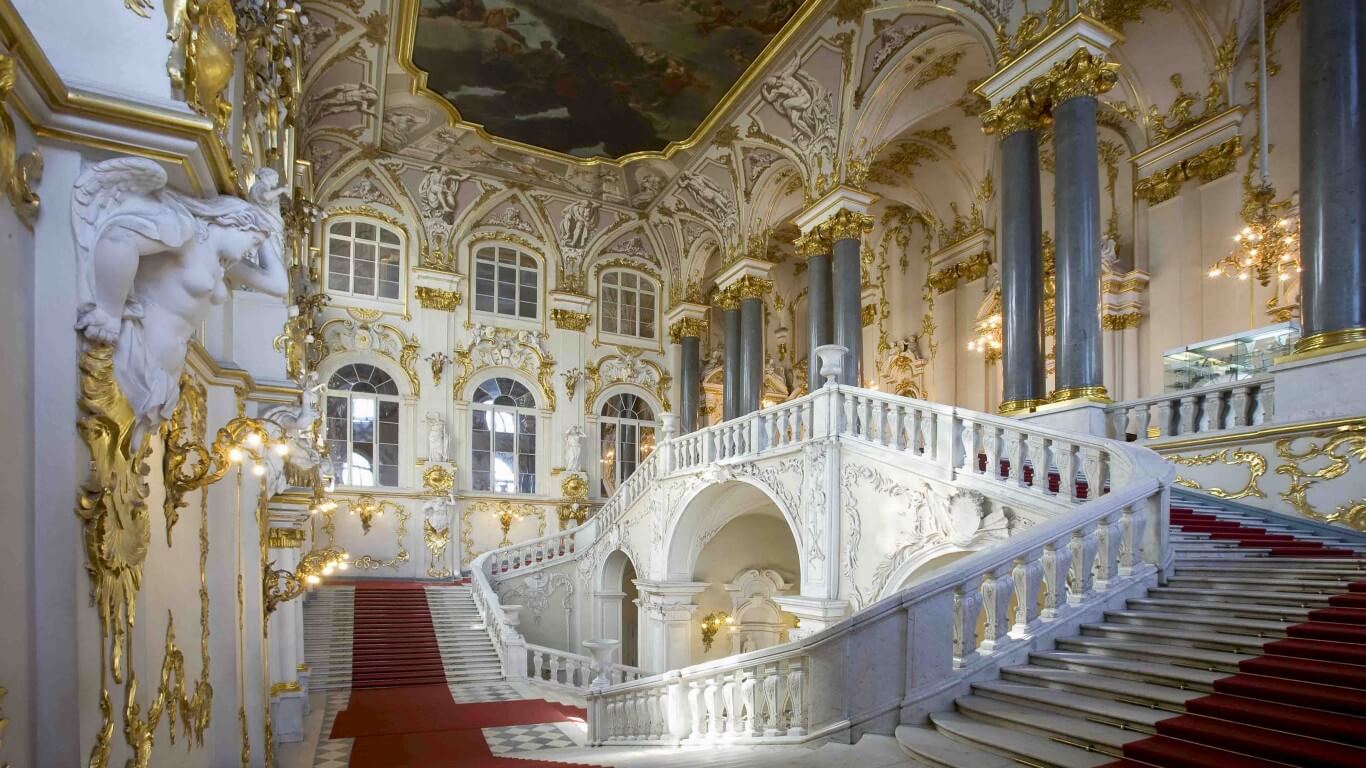 A large museum complex, which includes 6 buildings, in which 360 rooms are available for visiting. Ranked 8th most visited in the world.

Founded in 1764 as a private art collection (owner is Catherine II, Russian Empress); was opened to the general public in 1852.

Containing about 3 million exhibits of fine and decorative arts, the museum's exposition shows the development of art from the Stone Age to the end of the 20th century.
Location:  Dvortsovaya pl., 2, St. Petersburg, 190000 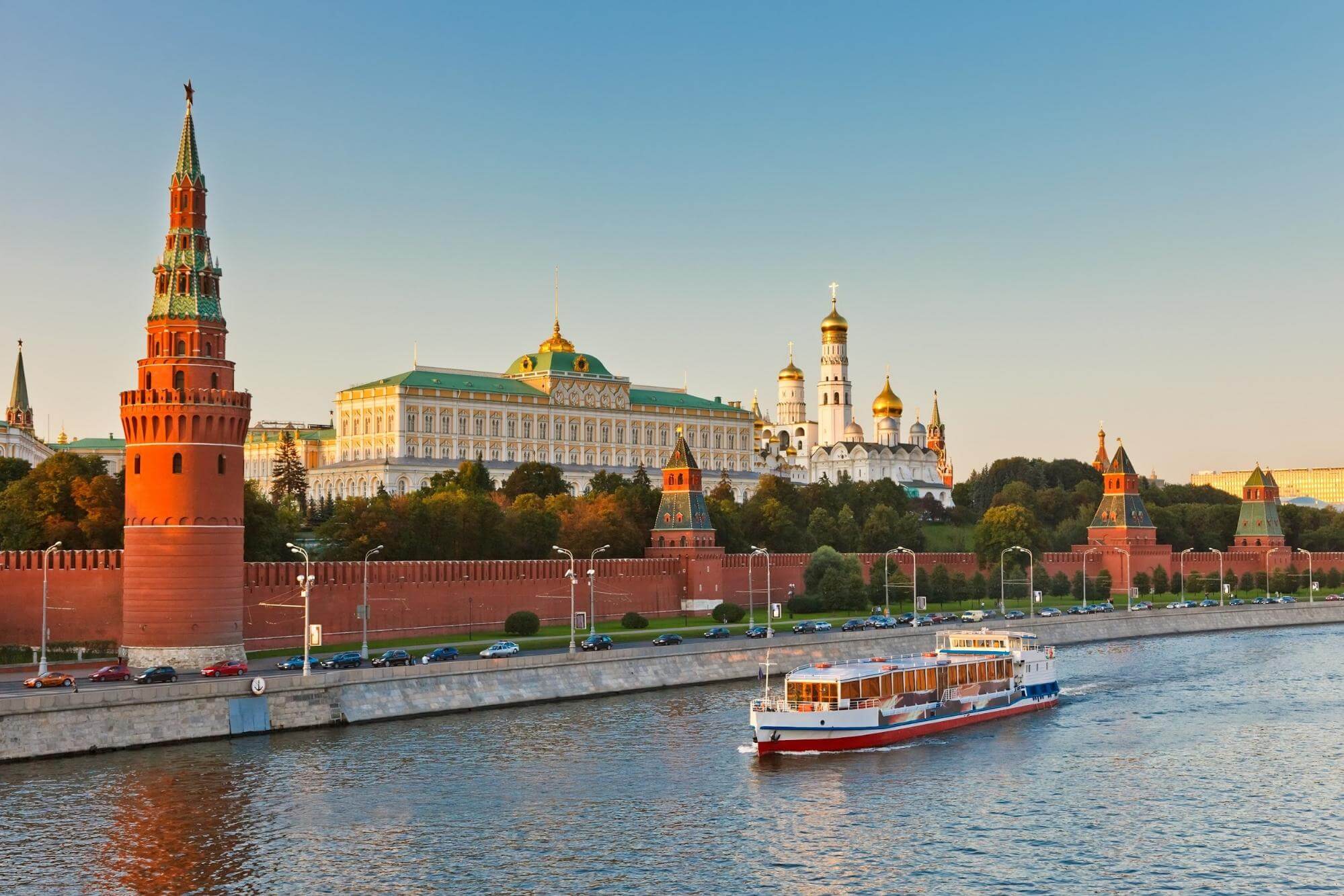 Historical fortified complex in the center of Moscow, the capital of the Russian Federation.

It arose in the form of a medieval fortress, in different years it was built from different materials and was rebuilt many times.

It was and remains the residence of the rulers of Russia, except for those years when the capital of Russia was located in St. Petersburg (the official residence of the government is the Grand Kremlin Palace, one of the buildings of this complex). Also, the Kremlin functions as a museum with more than two million visitors annually.

The current Kremlin was built in 1495 and is included in the UNESCO World Heritage List. 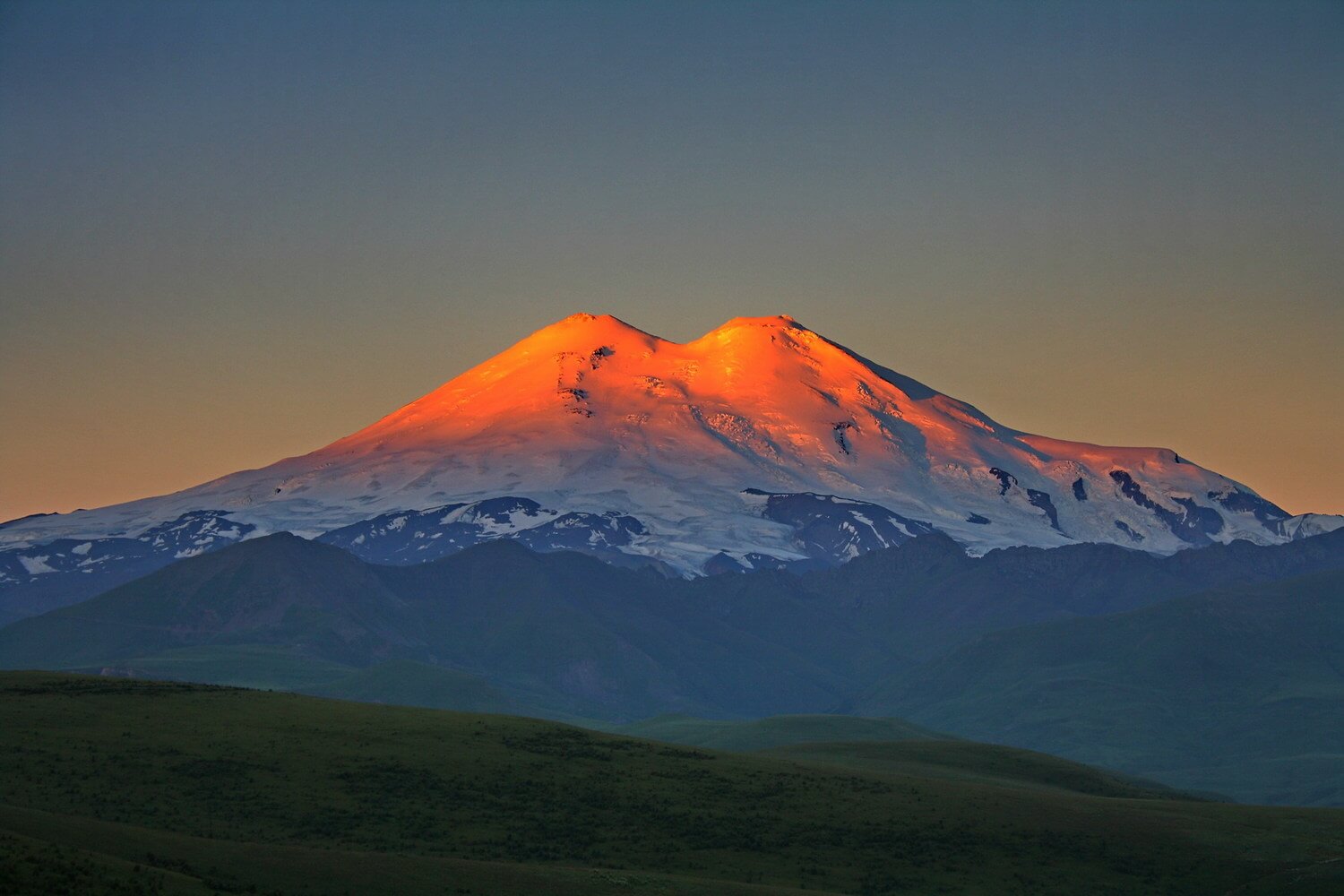 One of the peaks of the Caucasian mountain system, included in the list of the highest peaks in the world (5642 meters above sea level). The stratovolcano is the highest peak not only in Russia, but also in Europe. The last eruption was recorded about 5 thousand years ago.

It is extremely popular all over the world among athletes, tourists and climbers because of its qualities, one of which is a developed transport and related infrastructure. The first ascent to the mountain was made in 1829 as part of a scientific expedition organized by the Russian Academy of Sciences.

https://photocentra.ru/
The island is located in the north of Lake Onega in the Republic of Karelia. Famous for the exposition of the museum-reserve of the same name "Kizhi", one of the largest open-air museums in Russia. A unique historical and cultural complex, a collection of unique masterpieces of wooden architecture of the 18-19th century. The museum-reserve exhibits houses, chapels, icons and household items of masters from Zaonezhie and Petrozavodsk. The main exhibit, the Kizhi Pogost ensemble, has been recognized by UNESCO experts as a World Heritage Site. 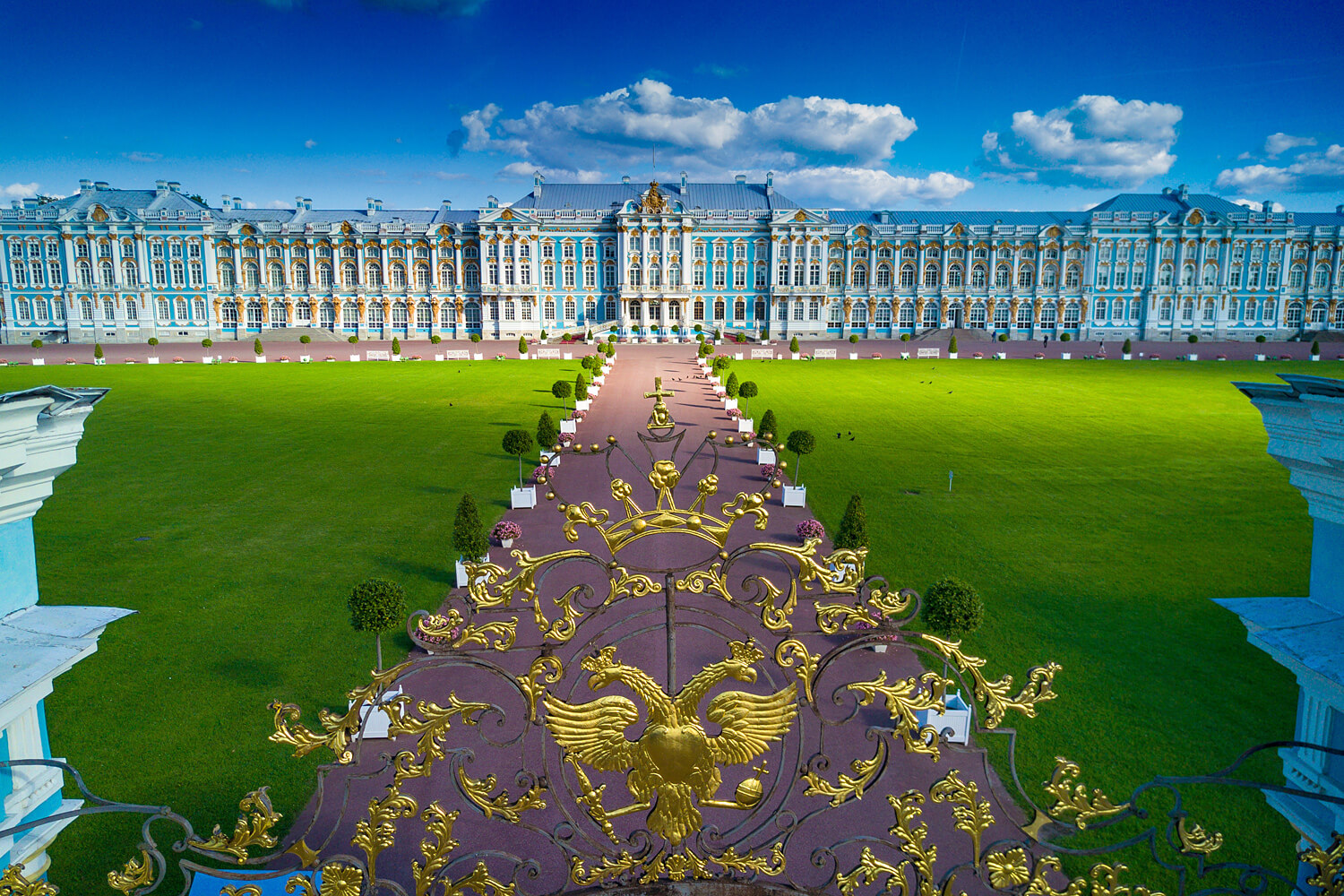 A baroque park-palace ensemble, the former residence of the rulers (tsars) of the Russian Empire, nationalized and turned into a museum-reserve after the October Revolution of the early 20th century. Located in the city of Pushkin (St. Petersburg), it consists of several complexes:

One of the most famous exhibit halls of the ensemble is the Amber Room.
Location: Sadovaya ul., 7, Sankt-Peterburg, 196601

List of the five largest international airports in Russia:

The first in Russia in terms of passenger traffic (about 49 million people a year). It has been operating since 1959, has 6 passenger terminals and a cargo complex.
Location: Khimki, Moscow region, 141400 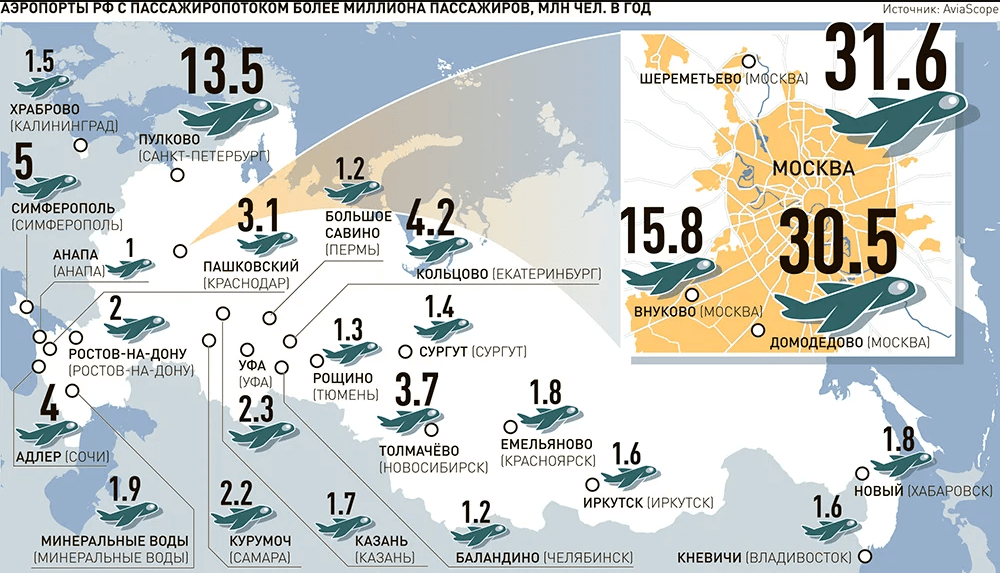 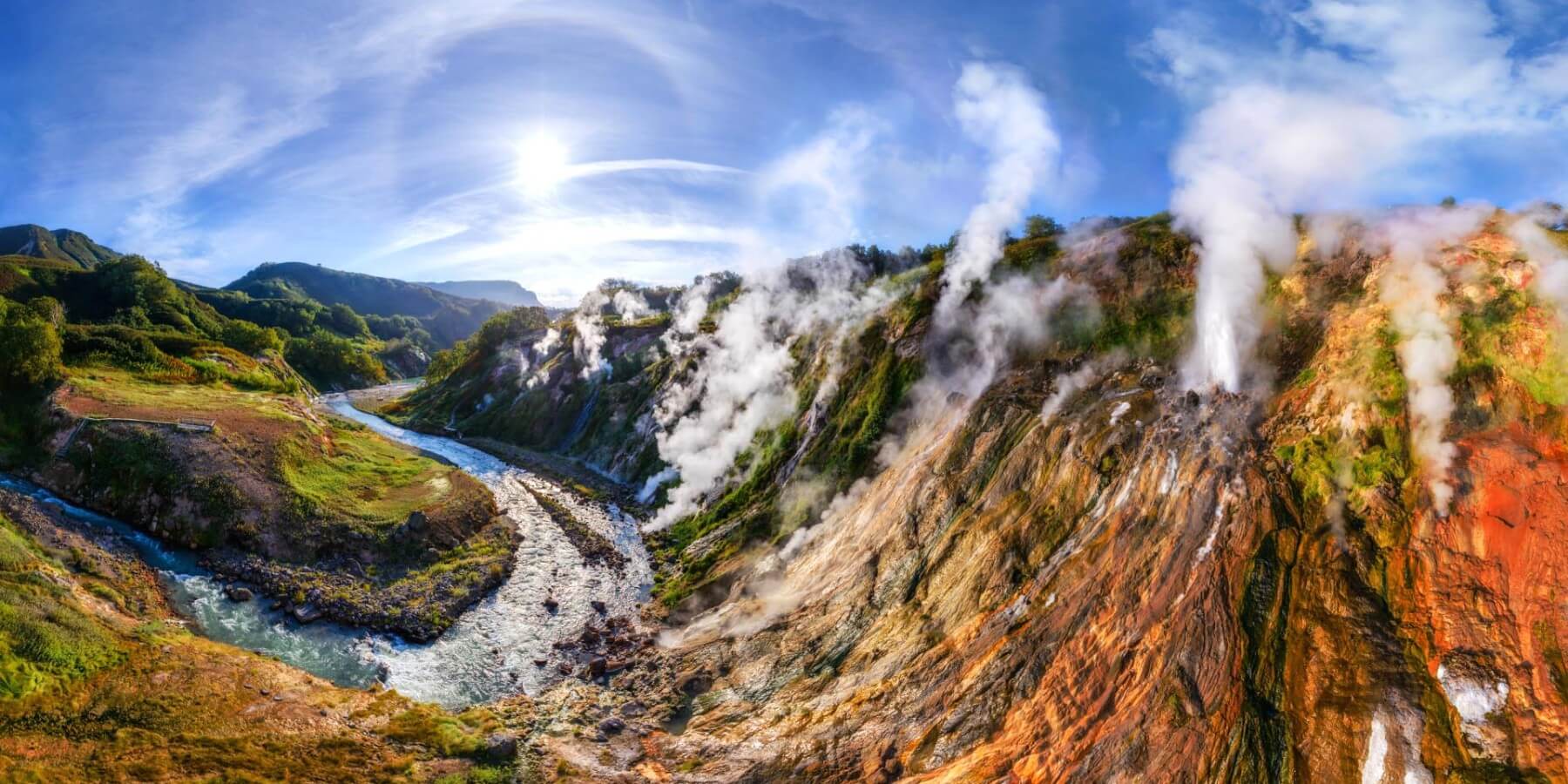 http://kamchatkadolinageyzerov.ru/
Natural monument, one of the seven wonders of Russia. One of the largest geyser fields in the world. The unique ecosystem, unusually high biodiversity, high contrast of the Valley's microclimate and surrounding conditions contribute to the popularity of this amazing place. A protected regime has been introduced in the Valley, because local equilibrium is vulnerable to external influences.
The place is difficult to access, but you can get here thanks to helicopter tours agreed with the reserve. The size of the Valley is about 6 km², the location is the Geysernaya River canyon, near the Eastern Ridge on the Kamchatka Peninsula, Kamchatka Territory.
The Valley of Geysers was opened in 1941. During the observation period, the place undergoes various changes due to natural activities (including the nearby volcanic work of the Pacific Ring of Fire). For example, mudslides and rainstorms, changing the river bed, contributing to flooding or the discovery of new geysers.
The valley is part of the UNESCO World Heritage Site “Volcanoes of Kamchatka”.
Location: Kamchatka Territory
Coordination: 54.440673197452945, 160.14314570774002