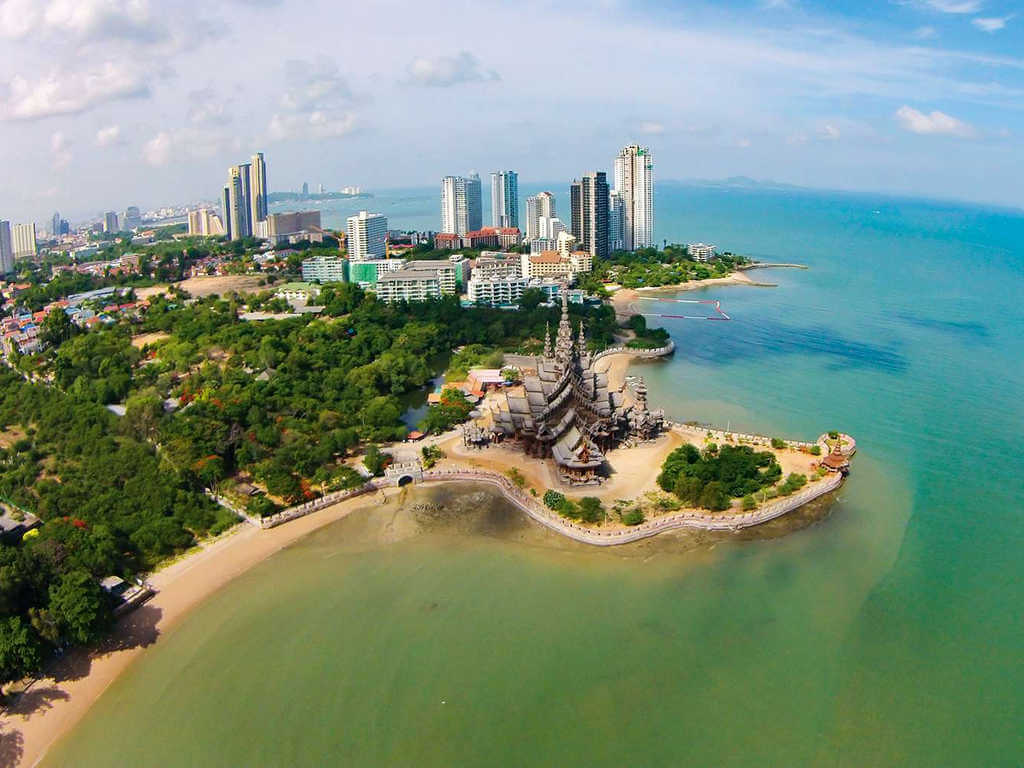 The Kingdom of Thailand (“Thai” - freedom, “land” - country) is the only state in Southeast Asia that has managed to maintain its independence from Europe. It is located on the Hindustan and Malacca peninsulas and covers an area of ​​514,000 km² (0.4% of the territory is water surface). In 2019, over 66.4 million people lived in Thailand, and the population density was 130.5 people / km². Thais are considered to be the friendliest people in the world, which is why Thailand is often called "the land of smiles". The capital of the state is the cosmopolitan and rapidly developing metropolis Bangkok.

The kingdom is a constitutional monarchy by form of government. The king has the powers of the Supreme Commander and is a symbol of his country and the unity of the nation.

The administrative division of the country is due to many factors: geography, ethnic composition of the population, climate and others. There are five main regions, 76 provinces (changwat) and an independent municipality of Bangkok province (metropolitan area).

The country's economy is experiencing difficulties due to a high labor shortage. The reasons for this are: low birth rates, an increase in the number of elderly people and high emigration. More than ½ of GDP is accounted for by exports (GDP in 2018 amounted to $ 506.4 billion, $ 7.3 thousand per capita). Tourism accounts for about 20% of GDP. Thailand is famous for its hospitality, year-round wonderful beach and hotel holidays, as well as a huge number of attractions. It is visited by about 40 million tourists every year.

The country stretches from north to south for 1,860 km. Thailand is capturing a variety of climatic zones: humid tropics in the north, the equatorial climate prevails on the border with Malaysia, and subequatorial in the center and south of the country. There are three distinct seasons: monsoon rainy season (May to mid-October), cool dry season (until mid-February), hot wet season (February-March). The water temperature on the coast is + 25-26 almost all year round. In winter it is +30 (mid-winter is the peak of tourism), in summer there is a very large amount of precipitation, so there is a decline in tourist activity. 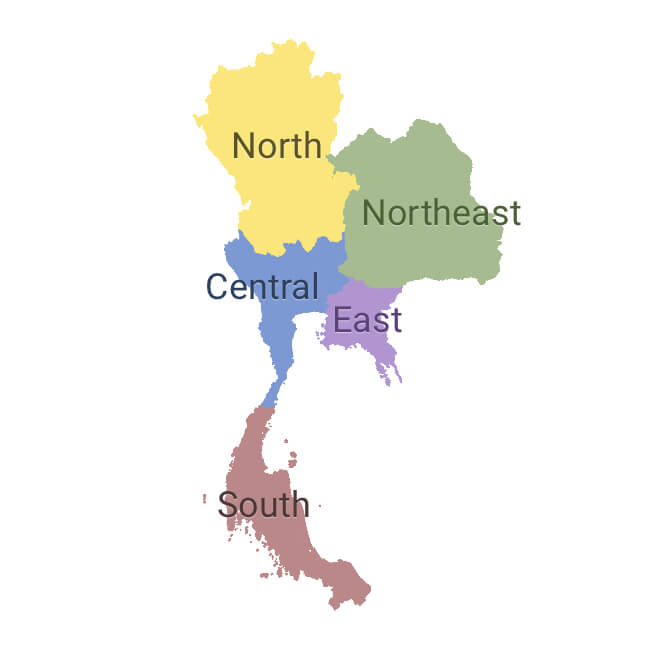 The main regions of Thailand:

The most interesting sights of Thailand 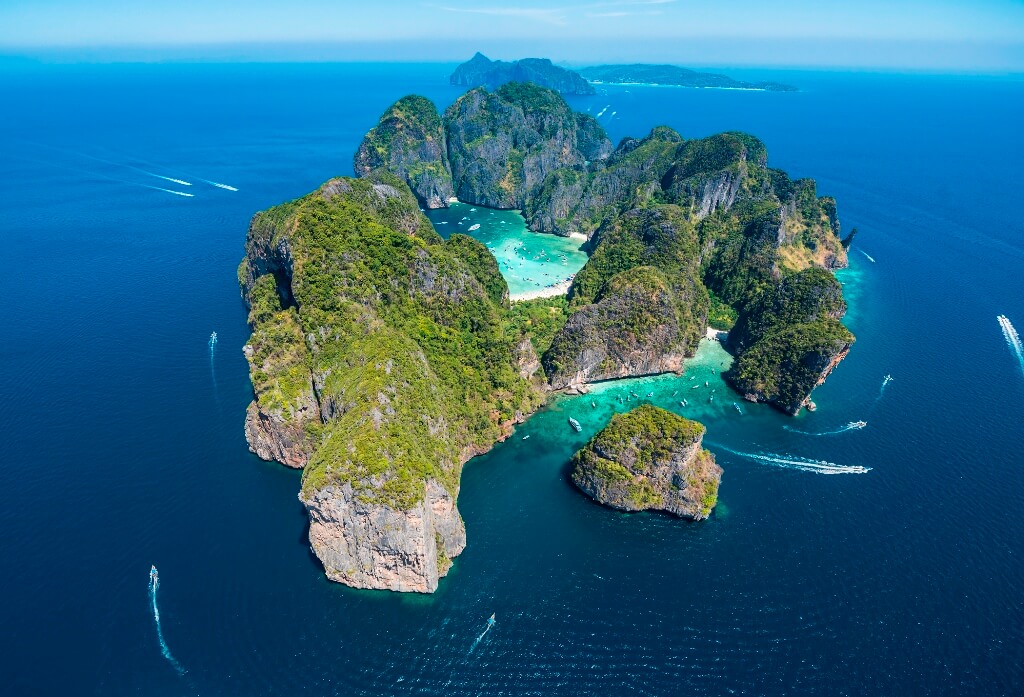 The Phi Phi archipelago ("island of lights") is part of the province of Thailand, Krabi. It is located between the mainland and Phuket island in the waters of the Andaman Sea. The archipelago with a total area of ​​36 km² unites 6 islands: two main ones: Phi Phi Don and Phi Phi Le, as well as 4 small islands.

Phi Phi Don (area 28 km²) is the largest of the islands and is the only inhabited island. The village of Tonsai is located on a narrow sand spit that connects two limestone monoliths and is only allowed for foot traffic. Today the ecology of this paradise is in jeopardy and the natural beauty of the island needs to be protected.

Phi Phi Le Island is a vertical limestone monolith recognized as a conservation area with an area of ​​6.6 km². The island produces swallow's nests, which are very expensive and very popular with lovers of delicacies.

It is on this archipelago that:

You can only get to the islands by water. The average air temperature throughout the year is + 27-28. The peak tourist season is November-April. 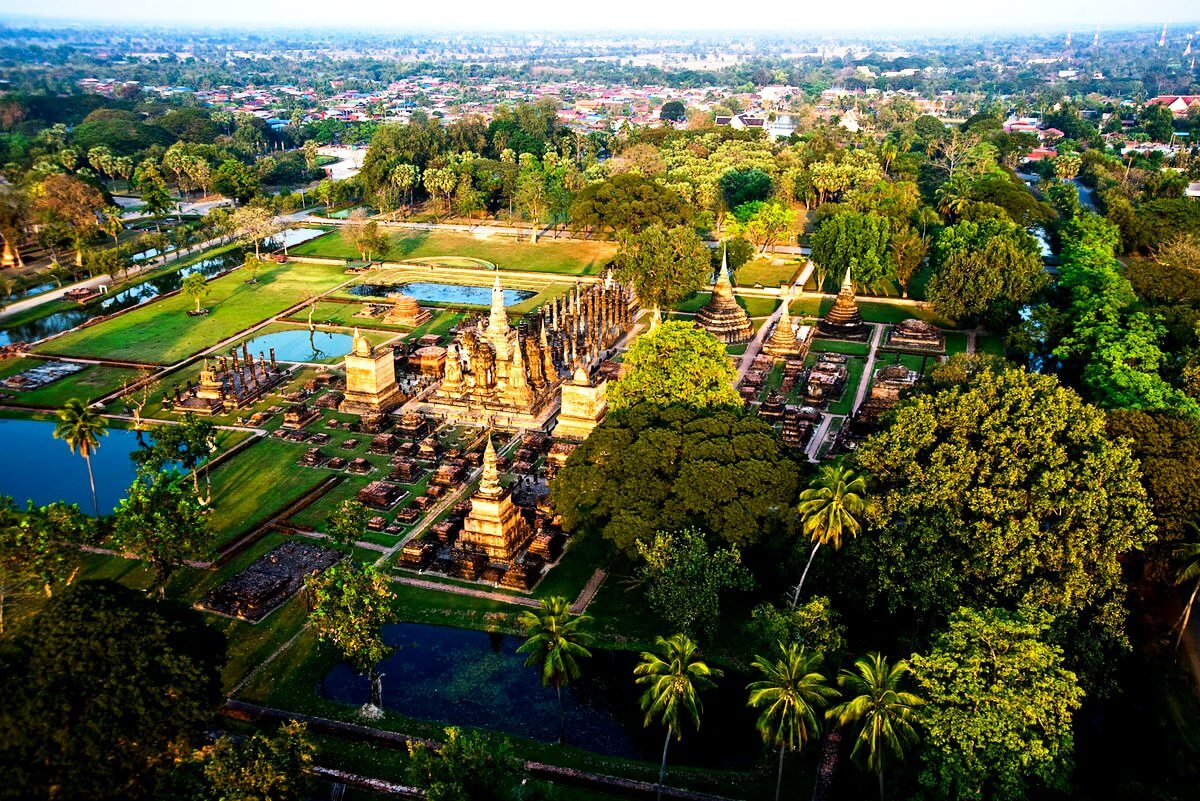 The historic city of Sukhothai ("Dawn of Happiness") is located in the north of Thailand, 12 km from the provincial capital of Sukhothai. The city of Sukhothai was founded in 1238. In the XIII-XIV centuries it was the capital of the kingdom of Sukhothai, which existed for 120 years. Today it is a historical monument and the cradle of Thai culture with a huge number of attractions.

The city of 70 km² is surrounded by walls forming a rectangle of 2 x 1.6 km. There are about 200 historical sites on the territory, including 26 temples and the royal palace. The city center is occupied by a beautiful parkland.

The largest temple Wat Mahathat (temple at the royal palace) is represented by a central tower with a spire, which is surrounded by small monolithic stupas. There is a statue of Buddha inside the tower. The temple complex also includes burial mounds and a large seated Buddha statue in the open air.

The Wat Si-Chum temple in the northern part of the park is famous for the huge statue of Buddha Phra Achan with a gilded hand (the size of the palm of the statue is commensurate with the height of an adult).

In the south of the central part is the Wat Si Sawai Temple, which is also considered one of the first temples in Sukhothai. The temple with unusual architecture consists of three towers (prangas), decorated with carvings and stucco moldings in the form of mythological creatures, and two viharnas. The height of the central tower is 15 m.

In 1991, the historic city of Sukhothai was included in the UNESCO World Heritage List. 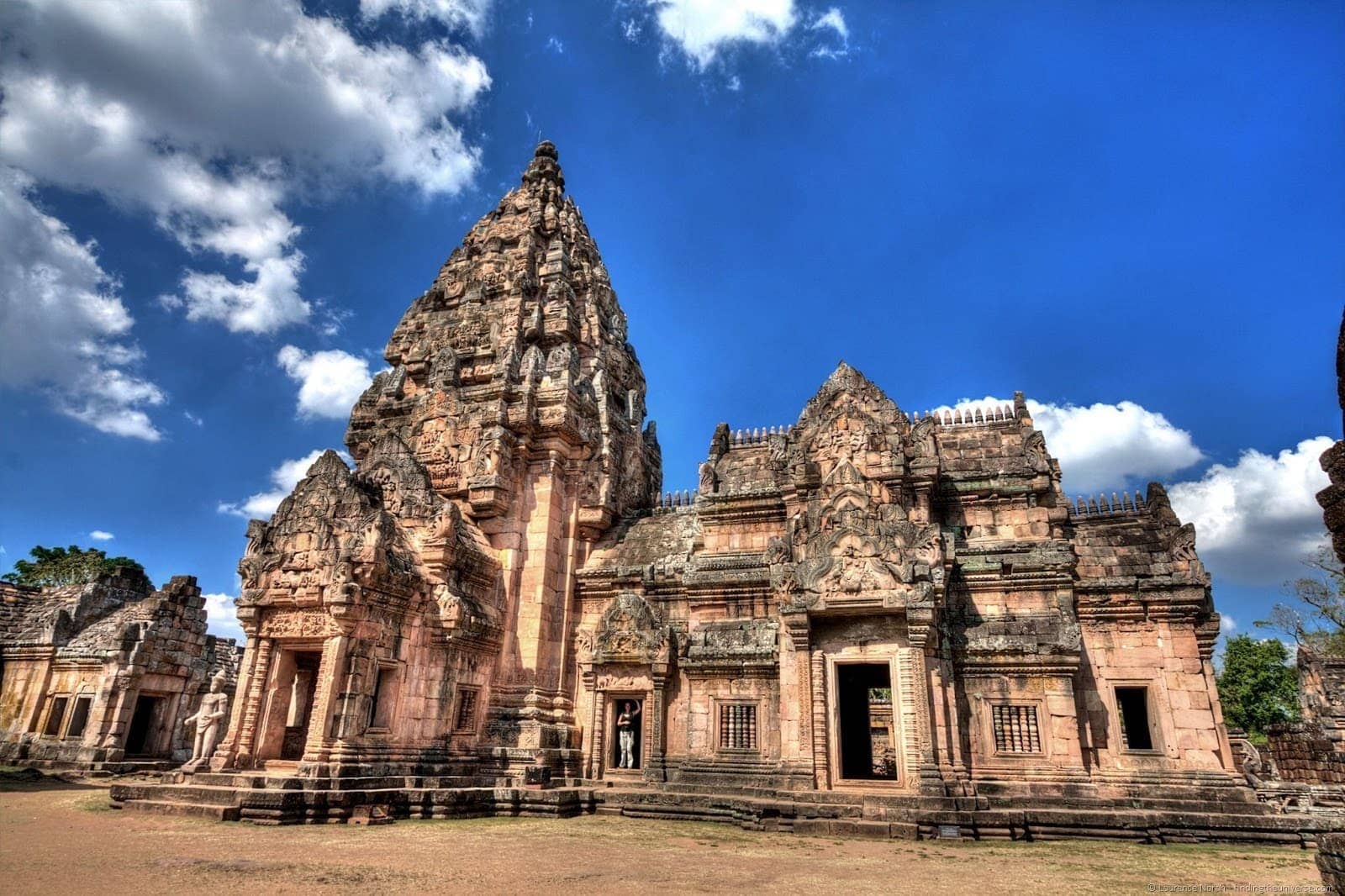 One of the most impressive and important landmarks in Thailand is the Phanom Rung Historical Park, located in the northeastern region of Isan, Buriram province. The buildings of the temple complex date back to the X-XIII centuries. Originally dedicated to the god Shiva, later the temple was transformed into a Buddhist one. This mountainous temple complex sits on top of an extinct volcano (402 meters above sea level) and includes:

Phanom Rung is one of the finest examples of Khmer architecture in Thailand and attracts millions of tourists every year. The sanctuary is a wonderful viewing platform and allows you to see the enchanting geometry of the rice fields and the outlines of the mountains. 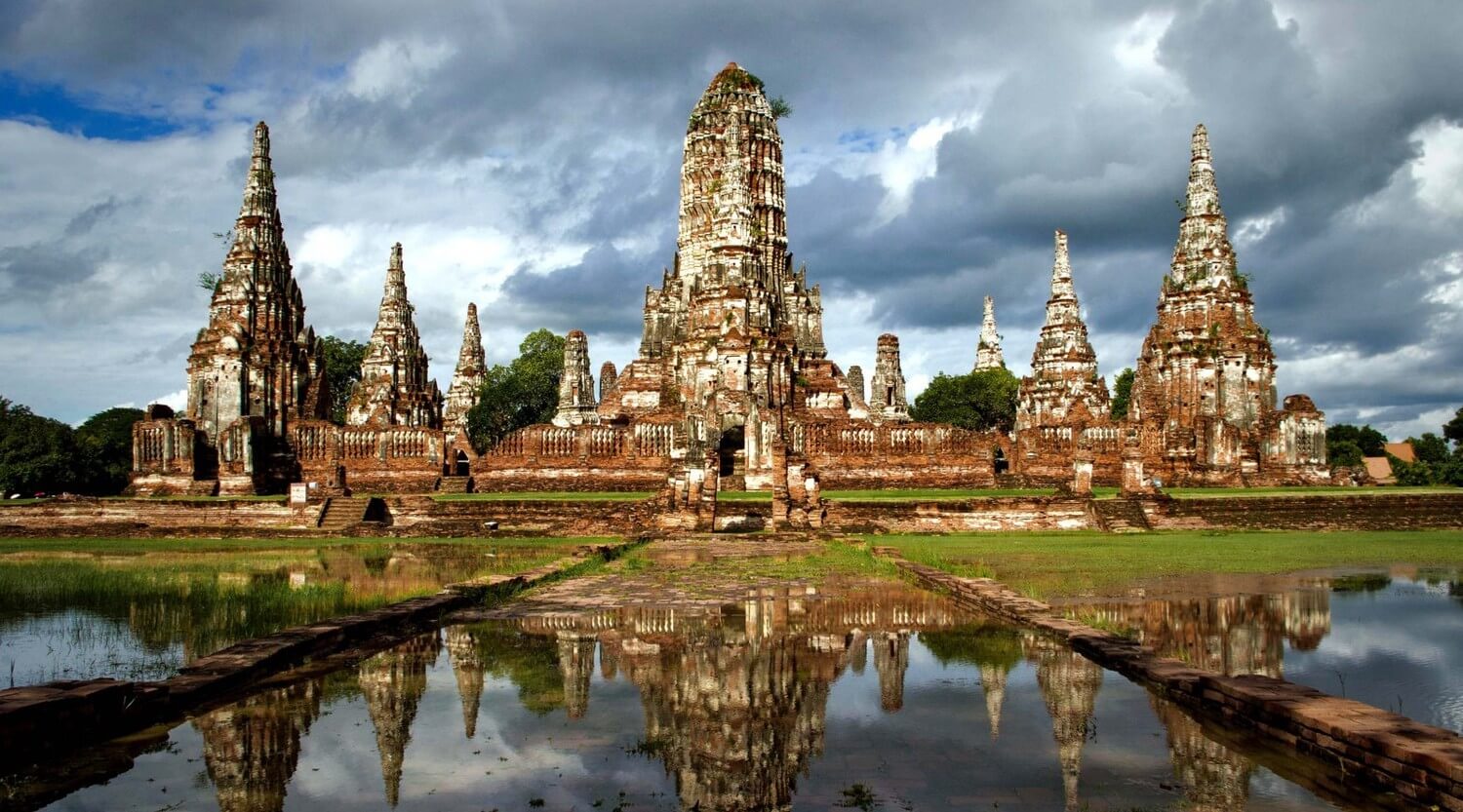 The city of Ayutthaya is the very wealthy capital of the ancient Thai kingdom of Ayutthaya, the predecessor of Siamu. It is located 70 km north of Bangkok in the fertile Chao Phraya Valley. The city was founded in 1350, and according to ancient legends, by 1700 more than 1 million people lived in the city. Most of the population lived in houseboats on the canals, which made up a huge 140 km network. The center of this richest ancient capital was located on an artificial island at the confluence of three rivers. Until 1767, Ayutthaya was the largest city in the world.

Today the former capital covers an area of ​​14.8 km² with a population of only about 53 thousand people. The main attraction of this historical park is the numerous temples and pagodas (over 300).

Since 1991, Ayutthaya Historical Park has been considered a UNESCO World Heritage Site. 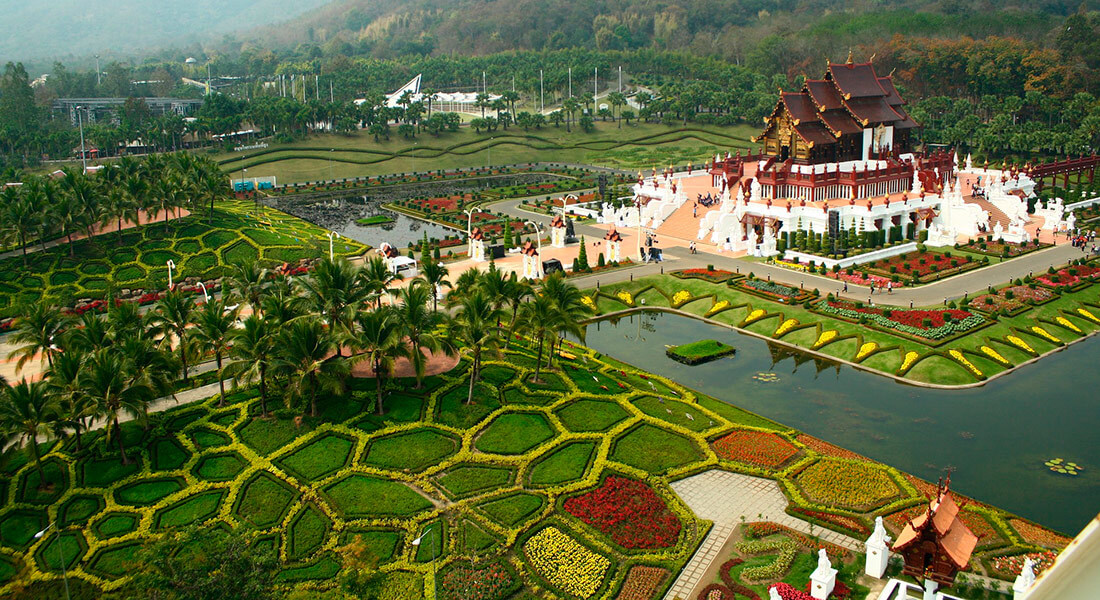 Chiang Mai ("new fortress") is the second largest city in the Kingdom of Thailand, the largest city in the north of the country and the capital of the province of the same name. The city was founded in 1202 in the foothills of the Himalayas in the valley of the Ping River. The old city is the heart of Chiang Mai. This is the historical center, surrounded by walls that form a square. Chiang Mai square contains:

The most beautiful among several hundred temples in Chiang Mai is the temple on Mount Doi Suthep, located at an altitude of 1073 m.

In addition to the variety of attractions and places for recreation and entertainment, the Northern capital of Thailand is home to one of the most important higher educational institutions - Chiang Mai University.

In 2017, Chiang Mai became the leader in the list of the best cities in Asia and the third among the best cities in the world in The 2017 World's Best Cities. The ancient cultural center today is one of the important tourist destinations, especially for people of independent travel and hiking. 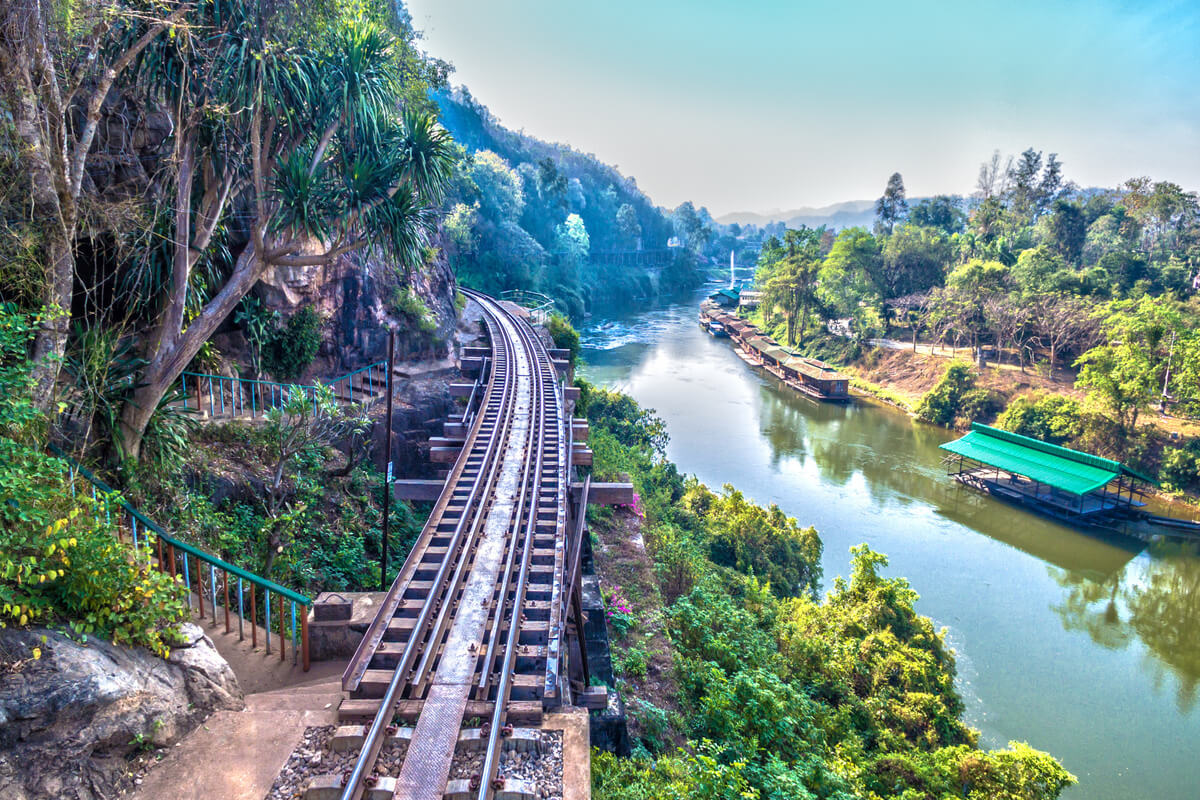 The city of Kanchanaburi was founded in the 18th century in a very beautiful and strategically important place in the west of Thailand and served as a fortress. The city gained its fame for its role in World War II, being the site of a major prisoner of war camp who participated in the construction of the infamous Bridge over the River Kwai and the Death Railway from Thailand to Burma.

The railway was supposed to be intended for transporting troops, but it became a real road to death. The Japanese set unrealistic deadlines for the construction of the railway. At the cost of the lives of 13 thousand prisoners of war and 100 thousand workers from among the local residents, the task was completed, and 415 km of the railway built in a year became an unspoken monument to the victims and evidence of the cruelty of the army of the Great Japanese Empire.

The Hellfire Pass Memorial Museum is located 80 km northwest of Kanchanaburi. The pass was the hardest part of Death Road. The museum contains an exposition of artifacts and memories of several surviving prisoners of war.

In addition to the sights of the times of the war, Kanchanaburi and its environs are famous for their magnificent nature, caves, temples. The 7-cascade Erawan waterfall (total height of the cascades is 831 m, the length is 1700 m) is the main attraction of the Erawan National Park.

There are 59 airports in Thailand, 11 of which are international. The rest are domestic airports and air force bases. 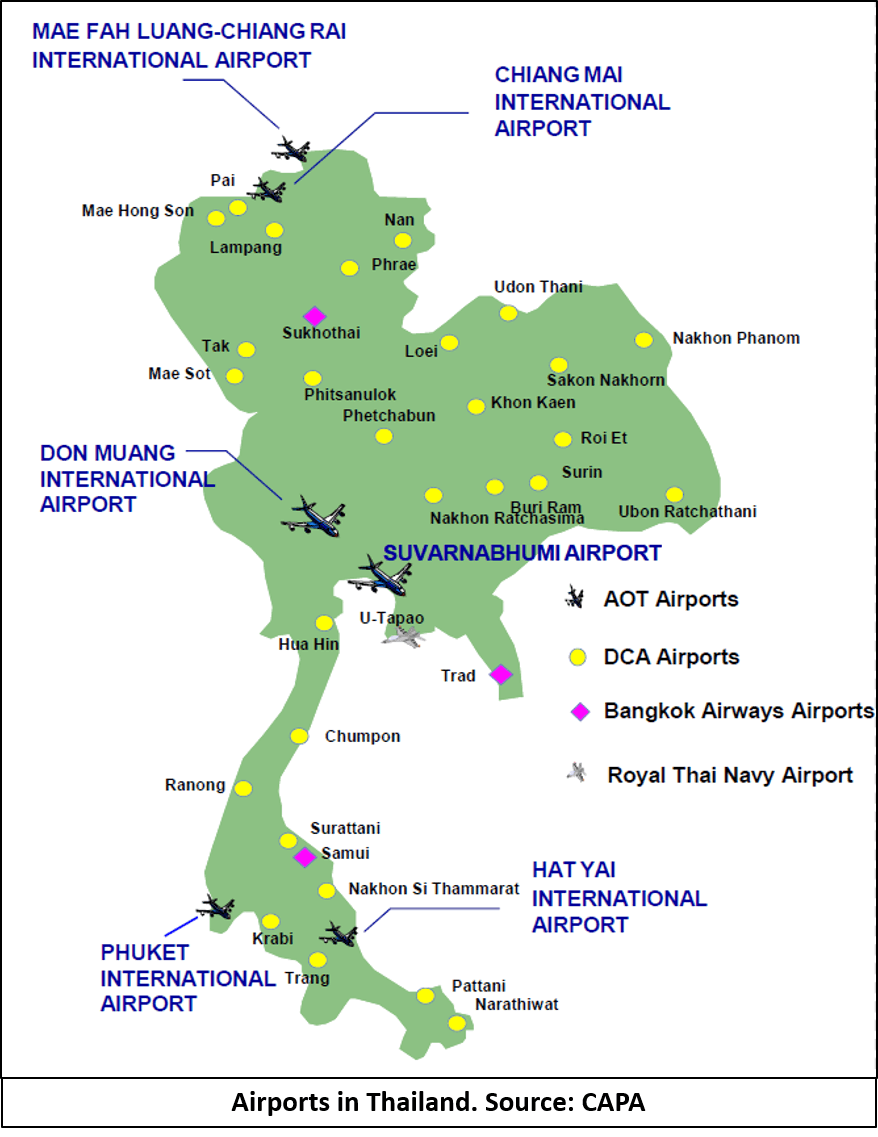 The largest train stations in Thailand

The length of the railways in Thailand is 4180 km. Passenger traffic is 11.6 billion passenger-kilometers, and the volume of passenger traffic is about 97.6 million. The main national rail network includes 4 lines: North, Northeast, East and South, as well as the Maeklong railway. 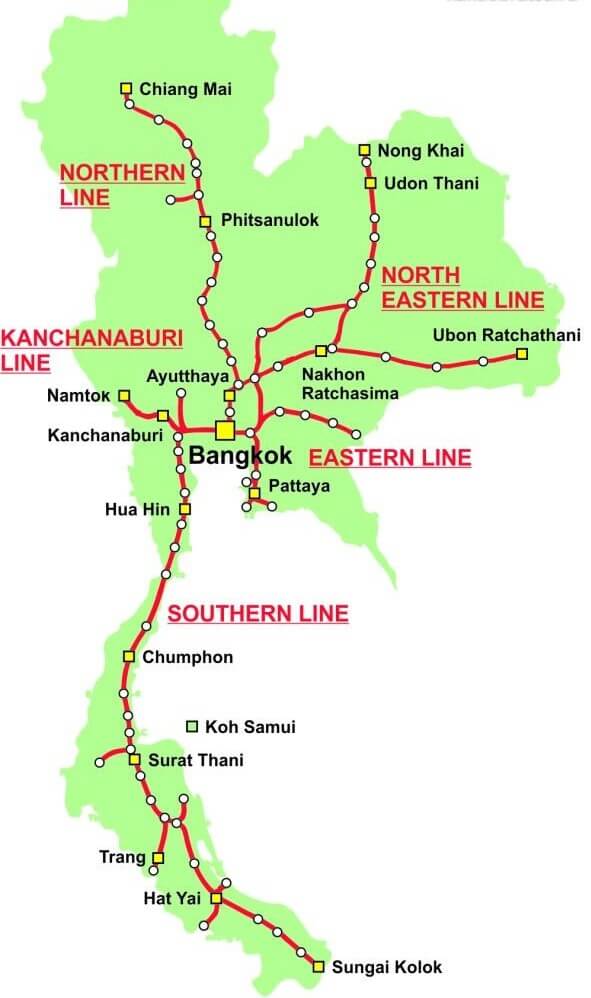 The presence of excellent highways with a length of 390 thousand km, a wide network of bus routes makes traveling in Thailand by car comfortable and convenient, but with a high level of danger. In 2017, according to the WHO, Thailand had the second highest death rate in road traffic accidents in the world.

There are four main highways in Thailand: 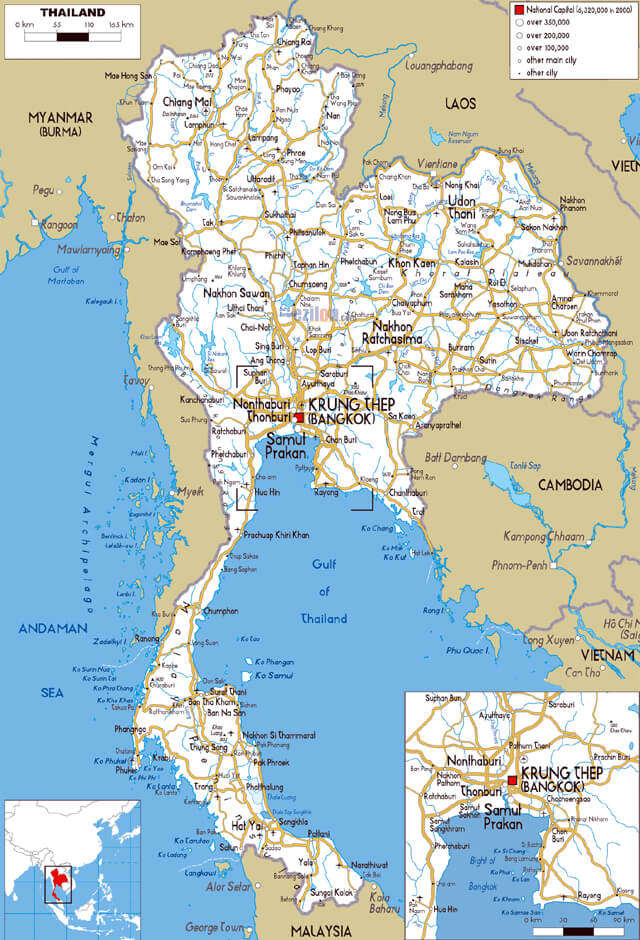 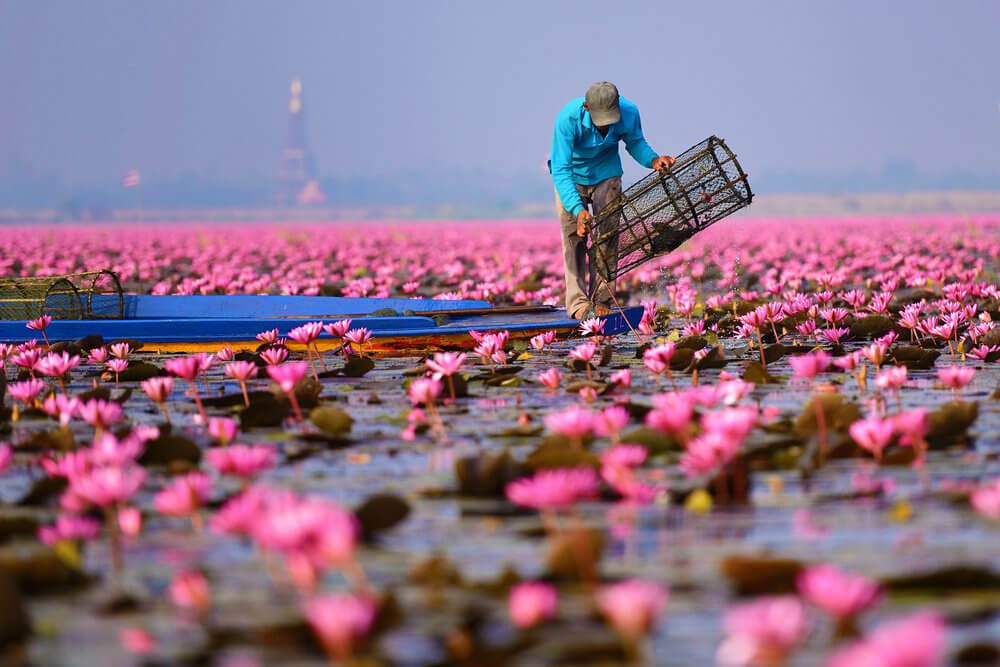 The Red Lotus Lake is located 40-45 km from the city of Udon Thani in the north-east of Thailand. It is a small system of water bodies covering an area of ​​68 km². Lake Nong Han is about 15 km long and up to 5 km wide, hidden from all sides by high reeds. The depth of the reservoir does not exceed 1 meter. Locals prefer to call Nong Khan “the sea”.

Nong Han is home to over 80 species of animals. There are a lot of different species of birds, including rare ones (if you're lucky, you can see a flamingo and a brahmana kite). Gray and purple herons are common. There are several small islets on the lake with a temple and dilapidated houses. But the most important attraction that attracts tourists to these fabulous places is the blooming of red lotuses.

The lotus is a sacred flower of particular importance in Asia. Since ancient times, it has been an object of worship and accompanies all religious rituals and ceremonies. Flowers on Nong Han begin to bloom from late October just after the rainy season and reach full bloom in December. December is considered the best month for contemplating a blooming lake, but it was during this period that there is a surge in tourist activity in these places. There are several small berths built on the lake, where you can rent a boat for a walk. During the day, lotuses are closed, hiding from the sun, and in the morning hours, you can witness endless splendor.

In addition to walking along the lake, locals offer to get acquainted with the original cuisine of the northeast of Thailand, in which the lotus has become an integral part.