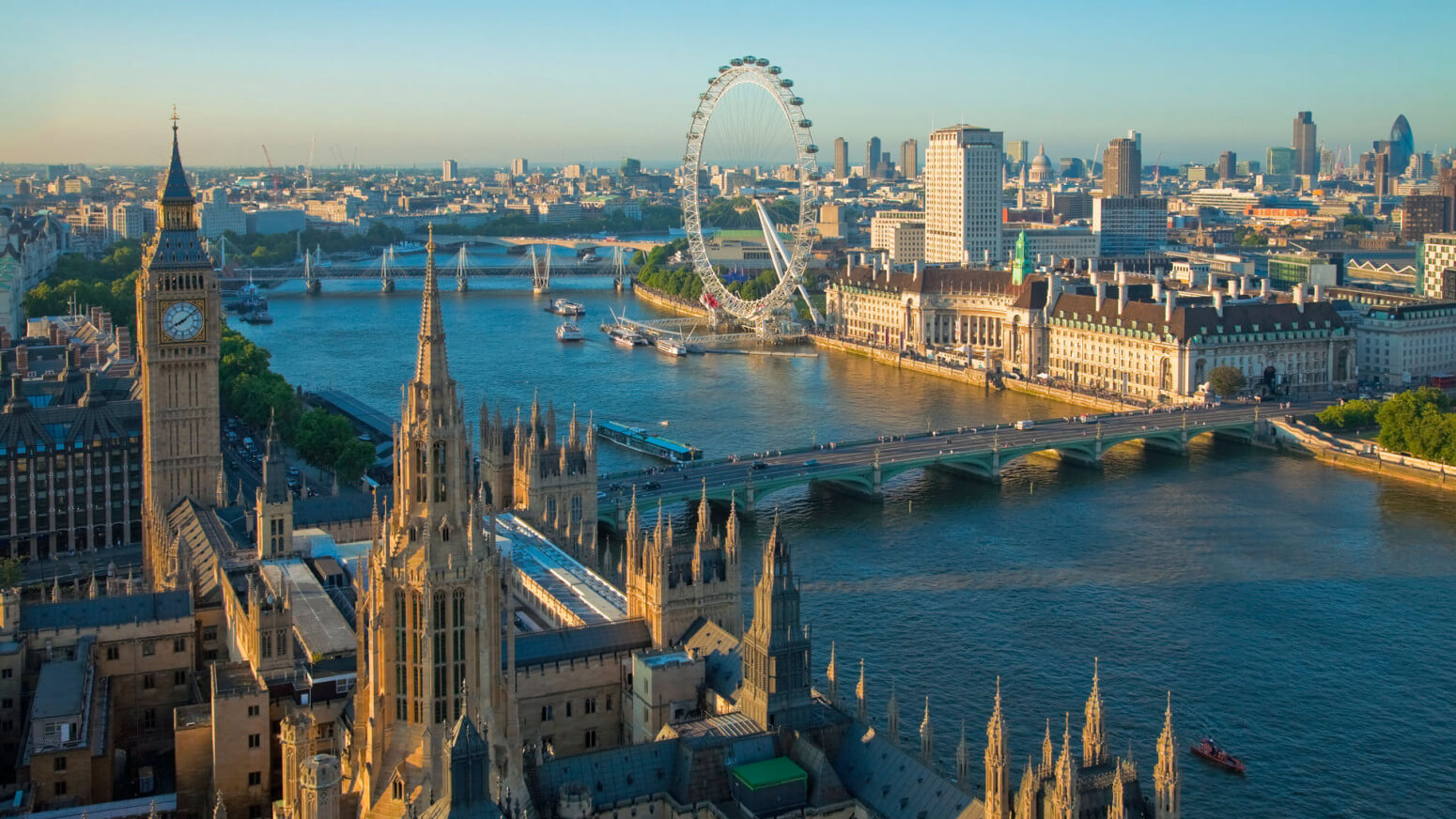 Great Britain is a small island state, a nuclear power and a permanent member of the UN Security Council. Founded in 1707. The official name of the state since 1800 sounds like The United Kingdom of Great Britain and Northern Ireland. London is the capital and one of the most important cities in the world.

One of the largest world powers is located in the northwestern part of Europe and occupies an area of ​​243.8 thousand km² in the British Isles:

The territory of the state is washed by the seas of the Atlantic Ocean (Irish, Celtic, North and Hebrides), and the English Channel separates it from France. The varied terrain with alternating mountainous terrain and plains with rich vegetation (10% of the land is covered with forest) makes the nature of Great Britain amazingly beautiful and distinctive.

The population of the country is about 66.3 million people, with a density of 271 people / km².

The climate is temperate oceanic with a pronounced softening influence of the warm current of the Gulf Stream. Mild winters (not lower than -10) and warm summers (not higher than +35). There is a lot of rainfall throughout the year, and the weather is very changeable even during the day.

Great Britain has always played a special role in world history and economy and today has not lost its importance. English has become a second language in many countries. GDP for 2017 amounted to more than 2.6 trillion dollars (5th place in the world), per capita 39.7 thousand dollars. The Human Development Index (HDI) is 0.920 (very high). The form of government is a parliamentary monarchy.

The United Kingdom is a country with a rich historical and cultural heritage and is therefore one of the most popular tourist destinations in the world. Every year, about 30 million tourists strive to immerse themselves in the atmosphere of English restraint and royal traditions, the wealth of huge cities and the stunning coziness of the countryside.

The administrative-territorial division of the country has a rather complicated structure: all countries that are part of the Kingdom have a different status.

The infamous ship Titanic was built in Belfast. And the freshwater lake Lough Ney is one of the largest lakes in Europe. The traditional industrial economy with a strong shipbuilding industry fades into the background, giving way to the service sector. 80% of the territory is agricultural land.

In addition, there is a division of the Kingdom into counties (72), which are always indicated in the mailings before the name of the city.

The most interesting sights of Great Britain 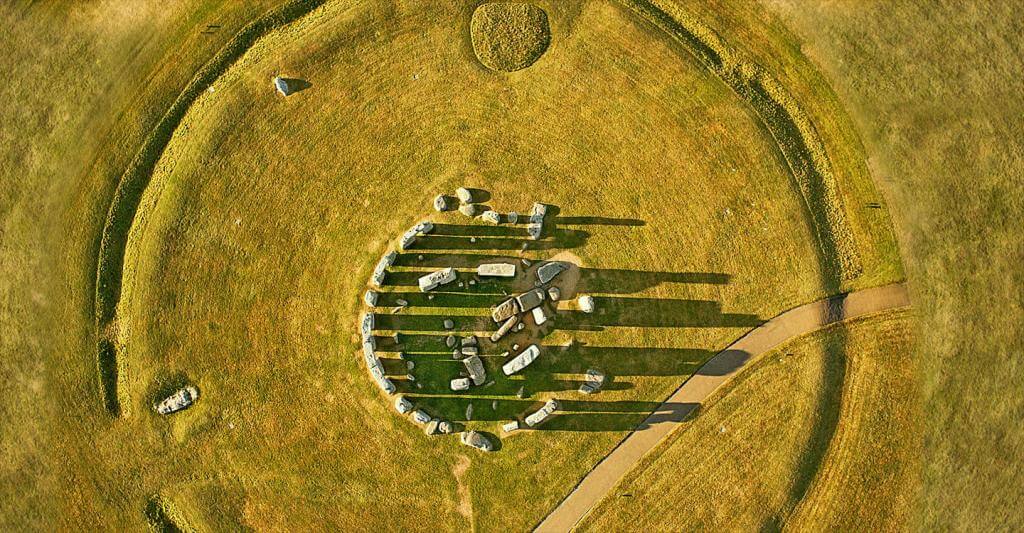 Stonehenge is an ancient structure of the ancient Neolithic era located in Wiltshire (England). In the center of the Salisbury Plain, about 130 km southwest of the capital of the United Kingdom, mysterious boulders give rise to a large number of versions, hypotheses, legends and myths associated with the origin and purpose of this religious building. But until now, this mystery remains unsolved until the end.

According to scientists, the construction of the “stone circle” lasted 2000 years, in three stages. The result of this long construction was:

One of the most famous archaeological sites, including its surroundings, was declared a UNESCO World Heritage Site in 1986. Every year over a million tourists come to touch the mystery of Stonehenge. 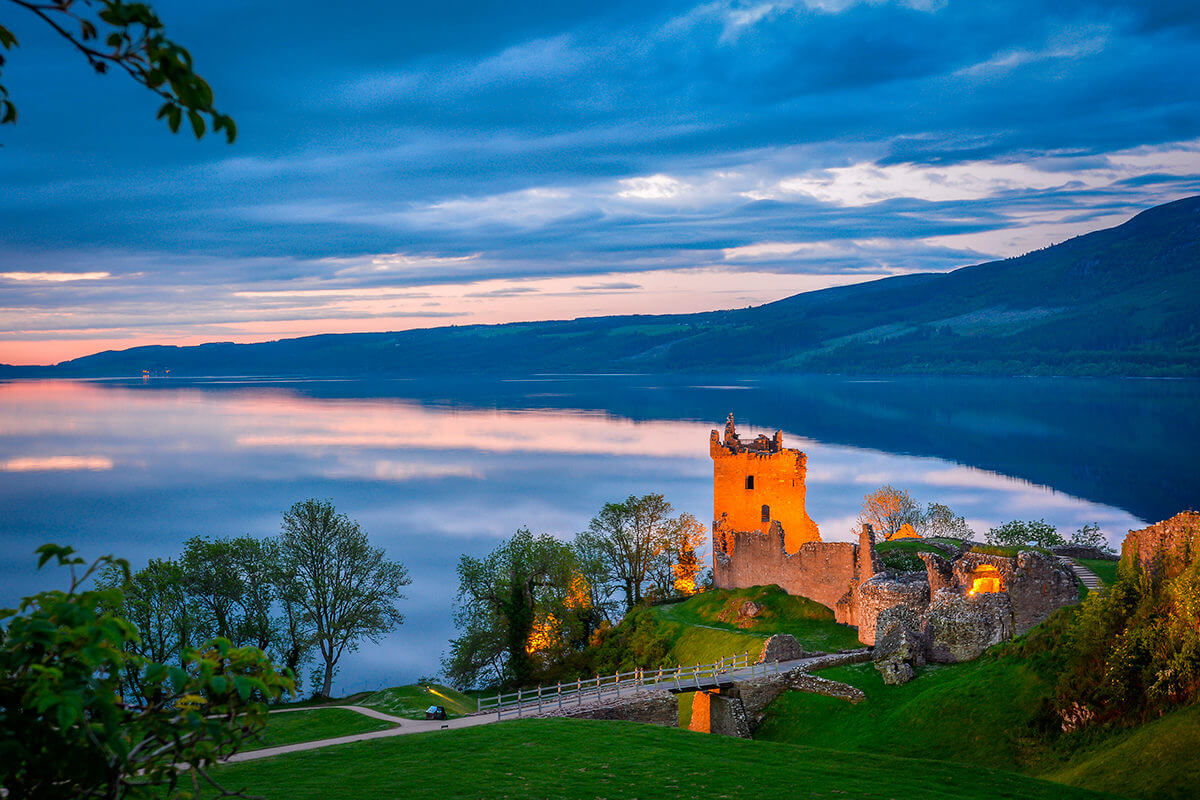 The lake, which became famous all over the world thanks to the legend of the Loch Ness Monster with an area of ​​56 km². It is the second largest lake in Scotland. This large freshwater lake of glacial origin is located in the Highlands and stretches 36 km in length near the port city of Inverness. The maximum depth is 230 m.

The Loch Ness monster was first mentioned in the 6th century AD in the biography of Saint Columba which tells about the saint's victory over the "water beast" in the Nessus River. In the 18th century, the first documented information about a "meeting" with Nessie during the construction of a military road by General Wade appeared. In total, 1081 cases of the appearance of the Loch Ness monster have been recorded to this day. But, despite all research efforts, scientists have not been able to collect sufficient information that would prove the existence of a gigantic animal.

Today Loch Ness still attracts tourists from all over the world with its mystery. And the legend is kept by a museum dedicated to the elusive monster.

In addition, the shores of the lake amaze with magnificent nature and have a rich historical heritage. One of the most popular tourist destinations is the ruins of the ancient Scottish castle Arquhart (XIII-XVI). The castle is located on a promontory in the waters of Loch Ness and is one of the largest in Scotland. 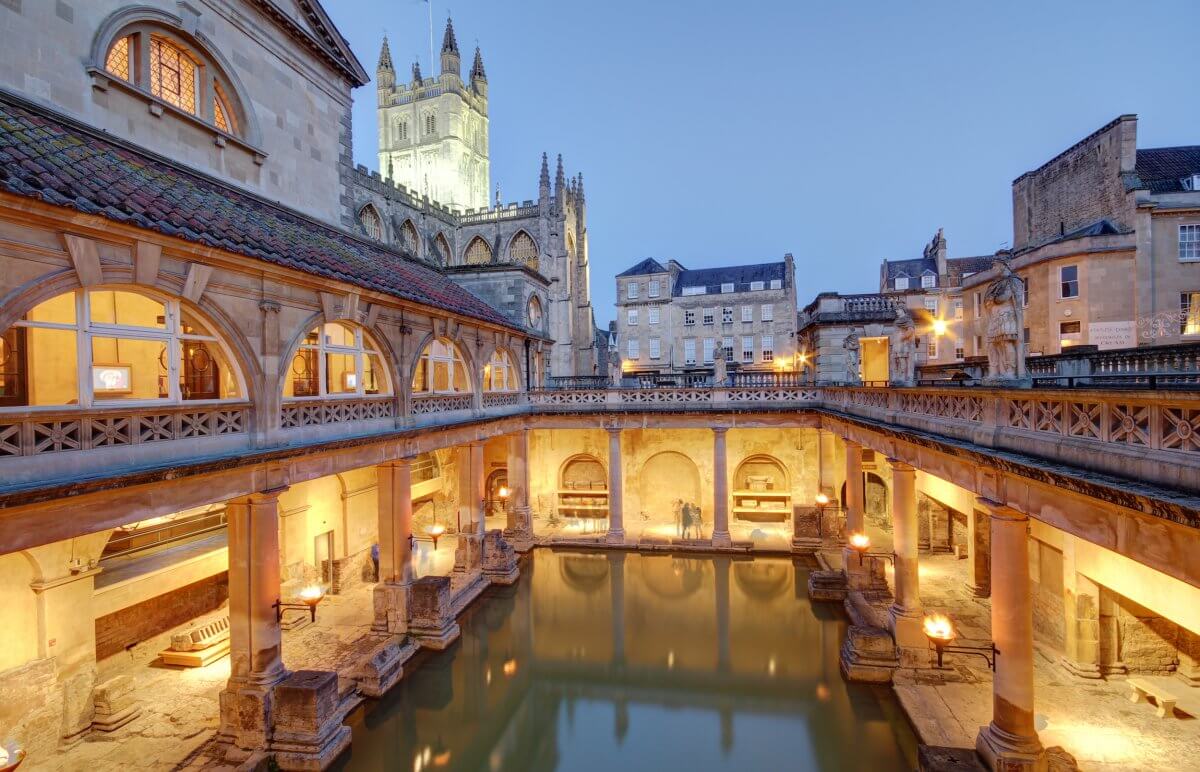 The Roman Baths in Bath are one of the main attractions of Great Britain, located in the county of Somerset (England). Roman public baths (thermae) were very common throughout the Roman Empire. The main part of the baths is a sacred spring. The healing thermal springs in Bath (water temperature 46 ° C) were the ideal place for the construction of a bathing complex. The first in the 60-70s BC. a temple dedicated to the goddess Minerva was erected. The bath complex was completed for another 300 years and became a real center of life in the entire city.

Today it is the well-preserved remains of the Aquae Sulis temple, a Roman hot spring bath in an 18th century building, and a museum. The museum displays the remains of a complex heating system (hypocaust) steam rooms; a large exhibition of various artifacts from the Roman period, including objects thrown into a sacred spring as a gift to the goddess (about 12 thousand Dinar coins).

The Roman Baths of Bath are part of the United Kingdom's National Heritage List. More than a million tourists visit the attraction annually. 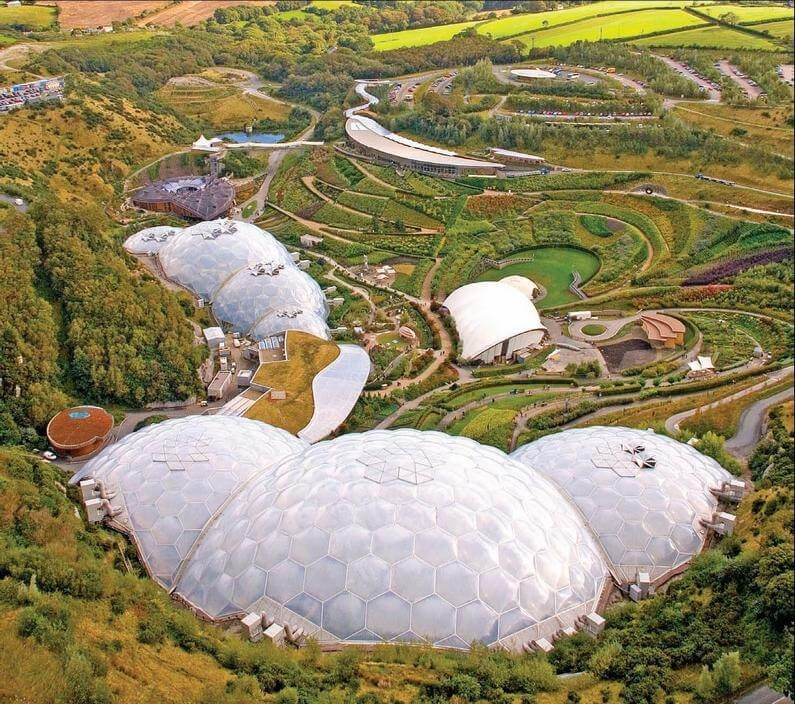 The Eden Project is a unique high-tech project located in Cornwall in the southwest of Great Britain, which is associated with educational activities in the field of environmental protection and human interaction with the living world. The project was designed by architect Nicholas Grimshaw, inspired by the idea of ​​Tim Smith. In 2001, the largest botanical garden with an area of ​​22,000 m² was opened in an abandoned white clay quarry.

Eden is two greenhouses, in which more than 135 thousand plants (represented by 12,000 species), are collected from all over the world. Many of the species are listed in the Red Book. There are also those that are presented in only one copy. Each plant has a card with a detailed description, including the value of the plant for humans with examples of use in everyday life.

The Eden project is completely made of high-tech ecological materials (electricity is generated by wind generators, and rainwater is used for water supply). The greenhouse consists of 4 interconnected geodesic domes made of a metal frame and multilayer film, in which biomes are recreated: biological systems with their own unique climate, landscape and dominant plant species.

The observation deck on the platform allows you to see the entire territory of "Eden".

Each year, about 2 million tourists visit a place where nature and technological progress harmoniously combine. 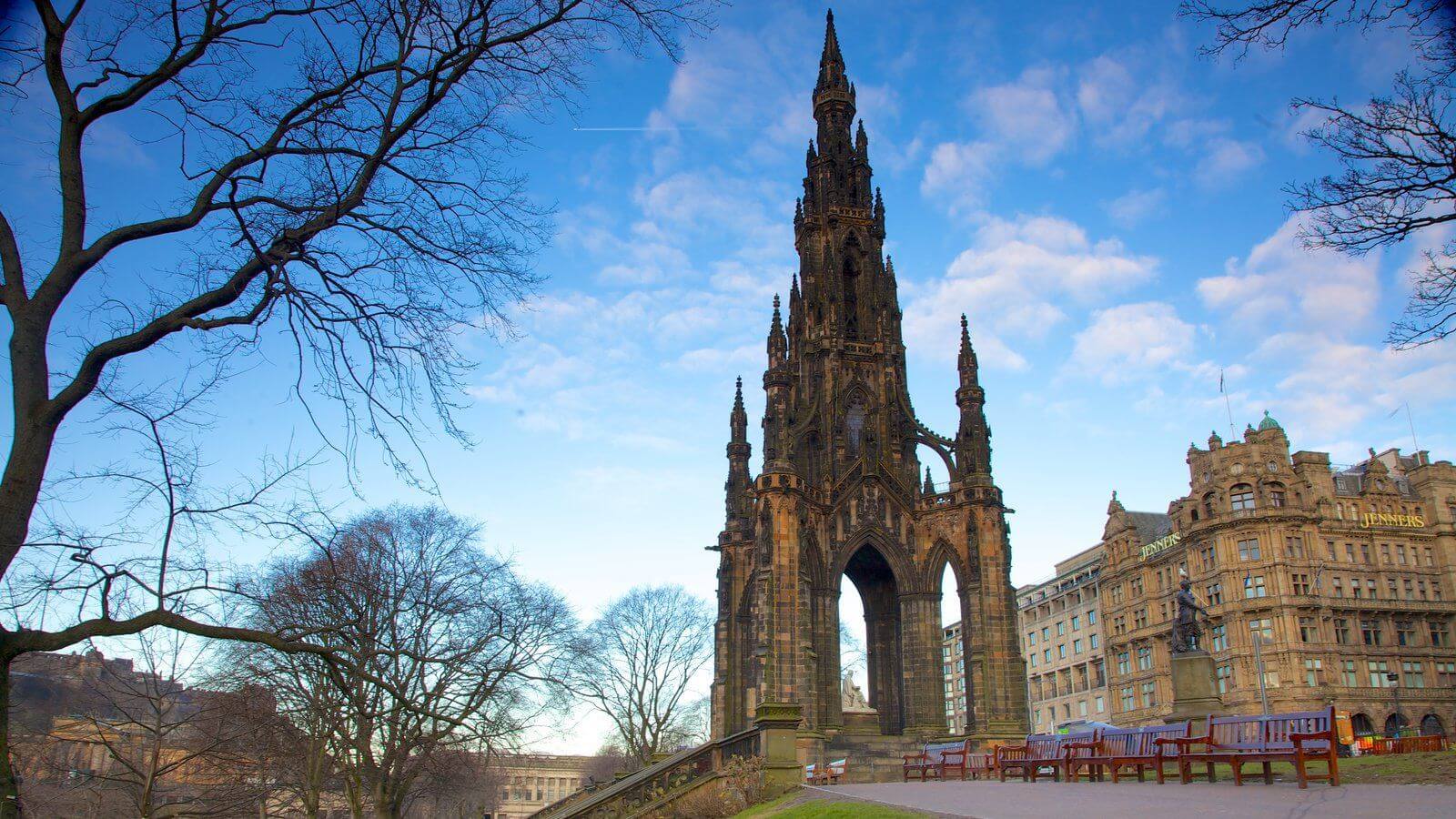 In the city of Edinburgh, the capital of Scotland, there is the world's largest monument to the writer. A monument to Scottish writer Walter Scott was officially unveiled in the city's public garden in August 1846. The total height of the monument is 61.11 m, and it is made in the neo-Gothic architectural style of Binnie sandstone. The square "tower" is decorated with 64 carved figures of characters from the works of Scott. The figure of the writer with his beloved dog Maida is made of white Carrara marble and installed in the center on a stepped platform.

The monument has three viewing platforms offering magnificent panoramic views of the city. To climb the highest one, you need to overcome 287 steps. On the lower level, in the center of the building, there is a small museum exposition, where you can immerse yourself in the atmosphere of the life and work of a world famous writer. 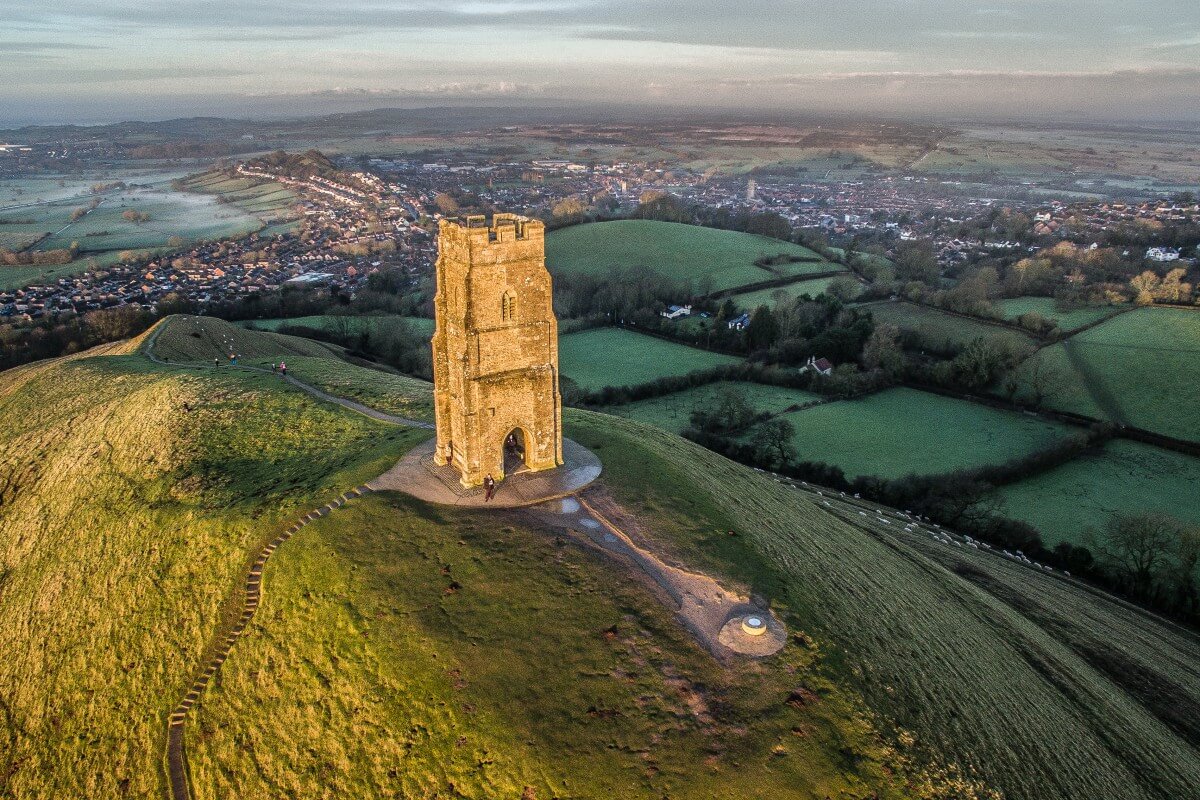 Glastonbury Tor is a sacred site in the county of Somerset in the south of England, with which many legends and myths are associated. It is a conical 158-meter hill of clay and blue Lias, towering among the meadows. The Thor slopes have seven man-made terraces (lynchets), forming a spiral “path”, the origin and purpose of which are still not fully explained. At the foot of the hill there is a spring with water saturated with iron.

In the XIV century, a stone church of St. Michael was built on the top of the hill, replacing the wooden one destroyed by an earthquake. Today, only the three-story tower of the church survives, which was once Britain's first Christian church.

Archaeological finds in the form of a flint tool at the top of the Torah indicate that this place has been visited since prehistoric times.

Millions of tourists annually climb the sacred hill to touch the history of this mysterious place and admire the beautiful views, hoping to witness the rare natural phenomenon of Fata Morgana: a complex optical phenomenon in the atmosphere, consisting of mirages.

Glastonbury Tor is in the status of a Scheduled monument (a monument that is a national treasure of the country and is under the protection of the National Trust), and many consider it a mystical place of power.

Great Britain is a very distinctive and beautiful country with unique traditions and unrepeatable nature, therefore it is very popular among tourists. The United Kingdom has good connections with other countries in the world, thanks to its developed air links.

Train traffic map, the largest railway stations in the country.

The first railroad in Great Britain was opened in 1825 and is the oldest in the world. In the 1970s, high-speed railways appeared. Today the fastest trains reach speeds of over 201 km / h. Network Rail (the main rail network) operates virtually all rail lines in the United Kingdom and has 2,516 passenger stations.

Particularly noteworthy is the historic 7.5 km narrow-gauge Snowdon Mountain Railway, which runs to the summit of Britain's highest mountain, Snowdon (1,085 m). Traffic on the Snowdon Road is seasonal (May-October). 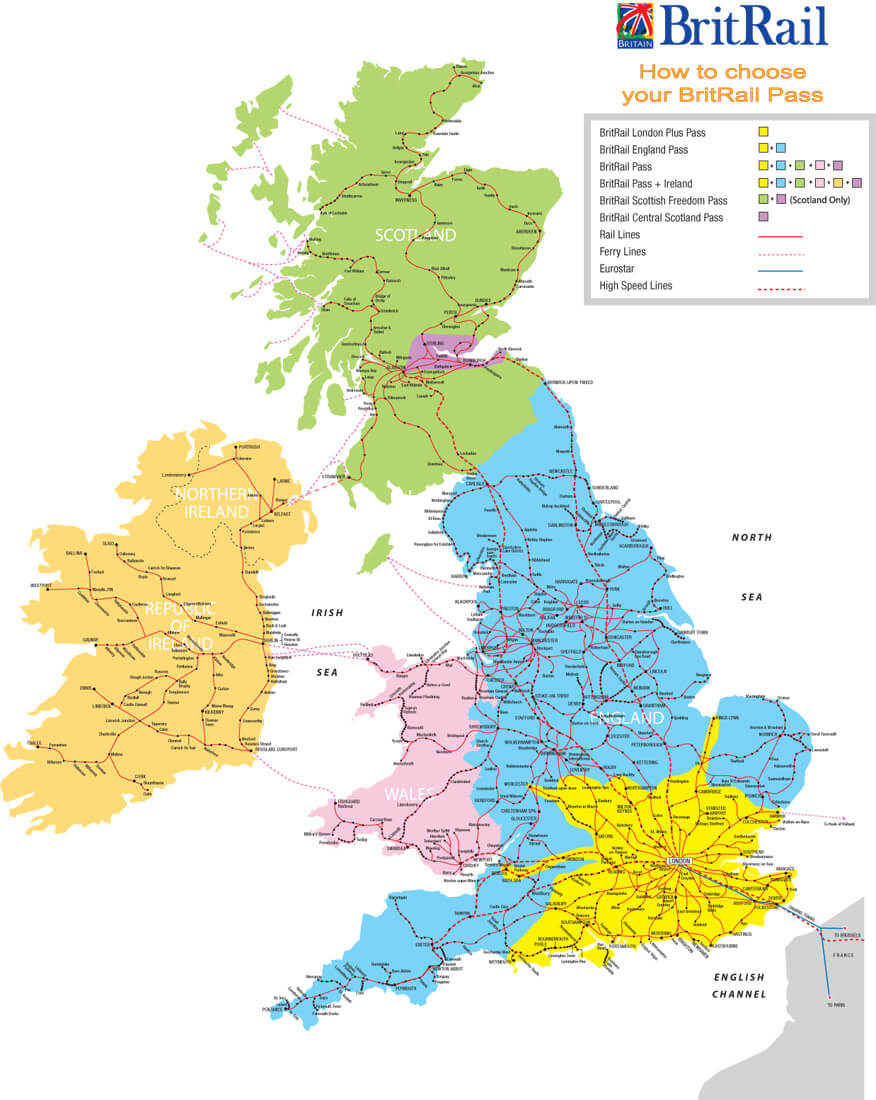 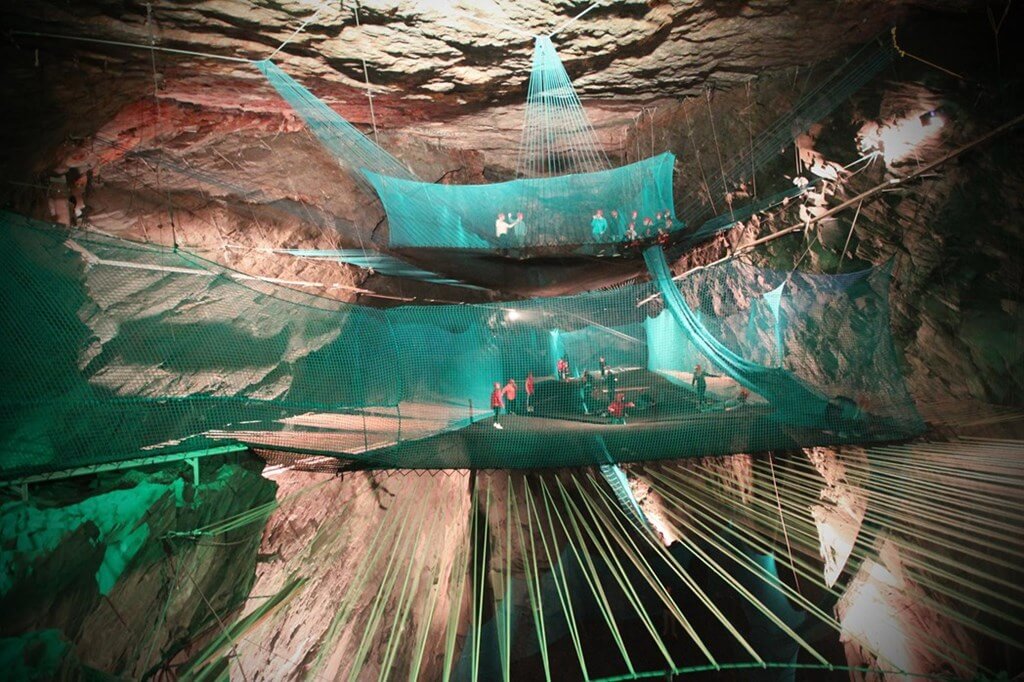 Liechwedd is a landmark located in County Gwynedd (North Wales) near the mining town of Blaenau-Ffestiniog. The shale complex in Snowdonia National Park is a unique opportunity to immerse yourself in the atmosphere of everyday life and work of miners, as well as go on an underground adventure through tunnels and caves in a miner's tram along a narrow-gauge cable car 800 meters long.

The Deep Mine Railroad is the steepest passenger railroad in the UK (30 ° slope passenger funicular). In addition, the only amusement complex of its kind in the world is equipped with a huge playground with the world's largest Bounce Below trampolines of three levels (at a height of 6 m, 18 m and 55 m) and high slides.

Since the temperature in the caves practically does not change, you can visit the attraction at any time of the year. 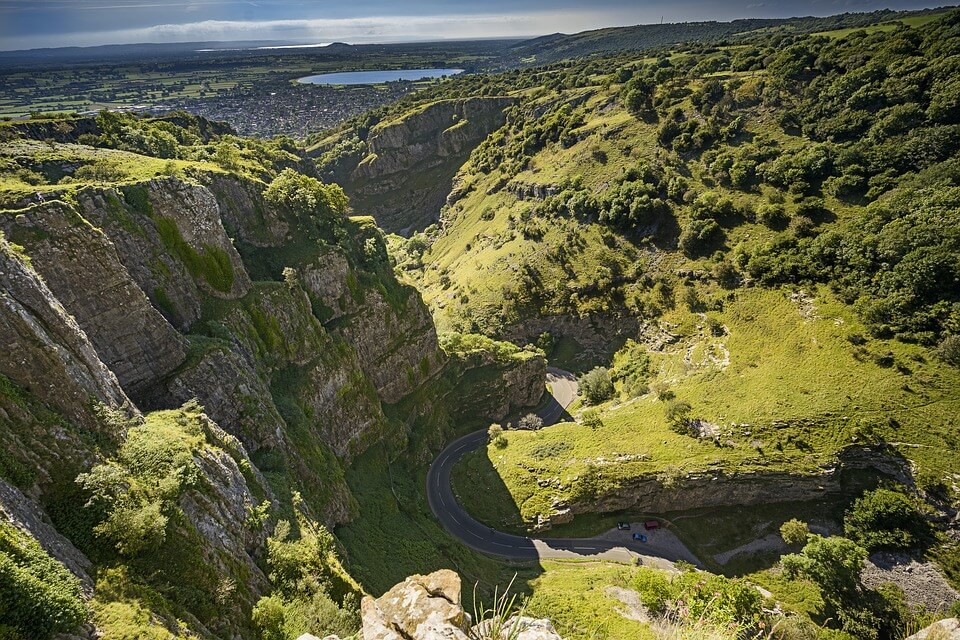 The Cheddar Limestone Gorge is considered one of Britain's unique natural wonders. This natural wonder is located on the southern edge of the Mendip Hills in Somerset, England. Its name comes from the name of the small village of Cheddar, the birthplace of the famous cheese. In 1903, in one of the caves of the gorge, a well-preserved human skeleton was found, the age of which is estimated at 9000 years. The natural complex Cheddar with an area of ​​441.3 hectares is the object of attention and interest of scientists all over the world.

The maximum depth of the gorge is 137 meters.